Vladimir Kanevsky used to be an architect in USSR. But when he was in his late thirties, he moved to New York where his skills were no longer demanded. With no connections and no experience, he had to enter upon a job that could bring him money. So Vladimir started making porcelain flowers. He crafts beautiful illusions with intricate flower sculptures. His colorful bouquets feature roses, hyacinths, and peonies that look incredibly realistic but are actually made from porcelain clay. To produce these pieces, Kanevsky first builds them out of copper and then uses casting techniques to form petals and greenery that mimic natural textures and folds. Afterwards, the porcelain is painted by hand and later arranged into vases where it’ll forever brighten up a room. Vladimir’s flowers got to Europe, and some of them ended in some royal collections. When he was almost fifty, he made several customized works for Dior. His meticulous designs also have been admired by the likes of Oscar de la Renta and Albert Pinto. And gradually Vladimir found a balance between his job, making flowers for money, and his passion, sculpting. Now, he says, he considers his porcelain work as a form of art. His works cost $3,000 for a hollyhock to $20,000 for a large cluster of lilacs. 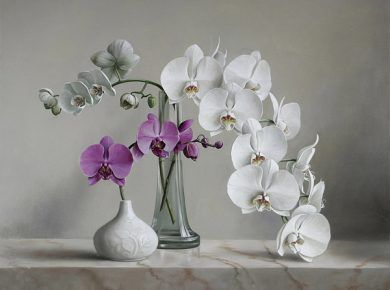 Pieter Wagemans was born on 11 August 1948 in Merksem, close to the city of Antwerp, Belgium. From his youth Pieter has always been able to express himself spontaneously through…
View Post

Anya Stasenko and Slava Leontyev is a duo of Ukrainian artists creating tiny whimsical porcelain creatures. Each sculpture is painted with a wildly imaginative and creative array of painstakingly detailed…
View Post 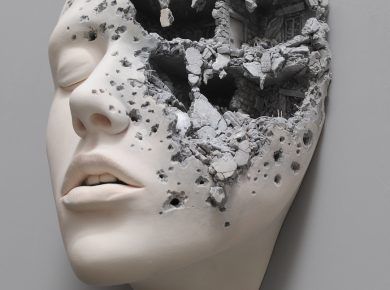 We’ve already featured some stunning art works of this telented artist – you can check them here. And Johnson Tsang continues to create spectacularly emotive ceramic sculptures of the human…
View Post 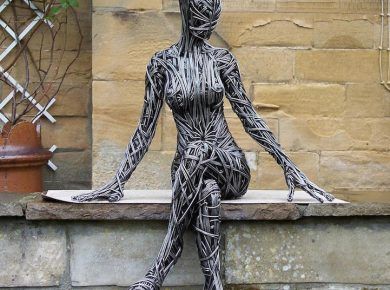 English artist Richard Stainthorp captures the beautiful energy and fluidity of the human body using wire. The life-sized sculptures feature both figures in motion and at rest, expressed in the…
View Post

Today we want to show you some really amazing sculptures that differ from the rest and not thanks to their hyper-realism. They’re polygonal. The author of these amazing animal sculptures…
View Post