Montreal-based artists Melika Dez and Pauline Loctin met in January 2018 and decide to combine their imaginations in a creative collaboration. The result, PLI.Ē Project, fuses Dez’s skills as a movement photographer with Loctin’s expertise in paper art, and showcases dancers around the world wearing hand-folded paper costumes. Loctin specifically formed each dress’s shape and color palette to the dancer who would be modeling it, and Dez worked to situate her models in iconic settings from the streets of New York City to the Louvre Museum in Paris. Loctin’s paper creations range from resembling traditional ballet tutus to intricately folded experimental shapes. Dez shares that the project came together in two phases: first as a studio shoot with professional ballet dancers wearing Loctin’s creations, and later as a worldwide endeavor photographing dancers and costumes outside. “Paper can be a fragile material to work with and that is exactly why we decided to make the impossible, possible. No matter which element we would be confronted to, water (rain), wind, we wanted to show that we are limitless.” The PLI.Ē Project photographs are on view in Montreal through November 4, 2018, and the duo hopes to shoot a second series of the work and eventually publish a photo book.

Little Shao is a French Photographer from Paris. “I’m working a lot with dancers, models, actors, singers, and deejays, so I can say that my scope of people around me…
View Post

By using origami technique Kiev based artist Jaroslav Mishchenko can create almost any object: from a car and up to animals figurines. These paper 3D sculptures he paints in the…
View Post 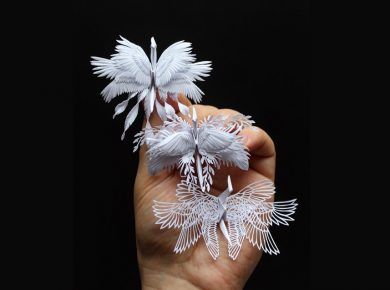 In 2015, paper artist Cristian Marianciuc set an ambitious goal for himself: to complete 1,000 origami cranes in 1,000 days. Since achieving this objective, Marianciuc has continued crafting the cranes,…
View Post 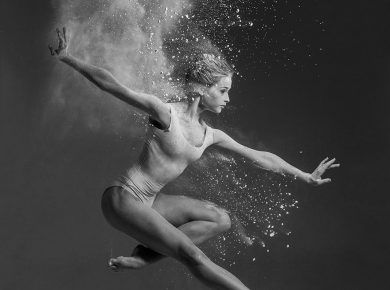 Moscow-based photographer Alexander Yakovlev has an amazing talent for conveying the elegant, refined energy of dancers. His stunning studio portraits capture dancers mid-pose, exuding a grace and power that is…
View Post