Three decades ago, in the early 90s, Harley-Davidson released the Fat Boy motorcycle. From Arnold Schwarzenegger riding it in Terminator 2 to a special LEGO Fat Boy Motorcycle set, the bike developed a cult following over the years since its initial release. Harley-Davidson is celebrating the 30th Anniversary of one of everyone’s favorite bikes by building a limited-edition 2020 Fat Boy 114 bike that’s been completely murdered out.

Only 2,500 versions of this limited-edition option of the bike will be produced, and each is individually serialized with badges to commemorate the significant release. This particular bike doesn’t have any mechanical or performance tweaks, but we’re honestly fine with that because it’s still powered by the impressive Milwaukee-Eight 114 engine with 119 ft-lb of torque and an estimated 47 miles per gallon. Couple those performance specs with the new black-on-black-on-black colorway and you have a recipe for success. Also be sure to check best vintage bikes and 10 world’s fastest motorcycles.

Harley-Davidson had revealed the Project Livewire concept back in 2014. Now, based on that bike comes the Livewire, the manufacturer’s first electric production-ready motorcycle.  The Livewire looks strikingly similar to…
View Post 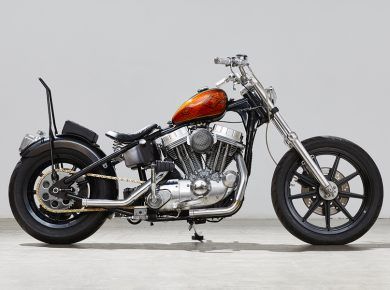