The Migaloo Private Submersible Yacht is a massive 377-foot submarine concept created by design firm Motion Code: Blue. It features super-luxury features such as a helipad, a two-story owner’s suite with its own private patio, and eight VIP suites. It also contains a huge beach club midship, featuring a pool, bar and plenty of desk space. It also dives up to 787-feet deep into the ocean, allowing passengers to view the spectacular sites that the deep ocean has to offer. According to its designers, its not an impractical design, either, as there are similar builds currently available. There isn’t a potential price available for it yet, but a similar 377-foot class attack sub costs over $2.3 billion to build, so don’t even bother going into your piggy bank. 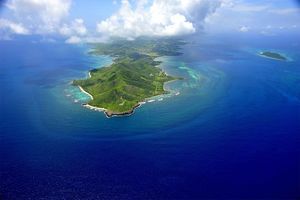 Do you know that owning your own island for some people is not something out of the ordinary? Of course, we are talking about a circle of very wealthy people.…
View Post

The 55 foot ‘Sherpa’ by Arcadia Yachts was built from the ground up and is designed to suit a number of environments. Depending on its layout and furnishings, the multi-purpose…
View Post