Transport design studio PriestmanGoode has developed a concept for a high-performance balloon and pressurised capsule for Space Perspective to take space tourists on a “cruise” around the stratosphere. Designed for American space tourism startup Space Perspective, the two-part spaceship is comprised of a four-metre-tall and five-metre-wide pressurised pod shaped like a spinning top, which is attached to a giant high-altitude balloon.

The Neptune craft will take up to eight “explorers” and a suite of research payloads on a six-hour journey to the upper edge of earth’s atmosphere.

“The design of the capsule is a critical component of providing our explorers the inspirational experience that astronauts describe of seeing our Earth in space,” added co-founder Jane Poynter.

The journey would see a pilot launch from the Shuttle Landing Facility at NASA’s Kennedy Space Center in Florida, to fly passengers on a two-hour ascent above 99 per cent of the earth’s atmosphere to 100,000 feet (around 30,000 metres).

Here it will “cruise” above the earth for up to two hours, to enable voyagers to take in the view and record the experience. The craft will then embark on a two-hour descent under the balloon before landing in the Atlantic ocean, where a ship will collect the passengers, the capsule and the balloon and transport them back to land. Meanwhile you can check other way of air travel – 10 real flying cars.

Bulgaria-based artist Simeon Dukov create visual appealing art and twisted photo manipulations. “I’ve always been fascinated with art and everything that is appealing for the eyes. As a kid I…
View Post

LISA Airplanes has unveiled AKOYA, a small private plane that can land on water, snow, and land. When it arrives at its destination, the aircraft’s wings can be folded in…
View Post 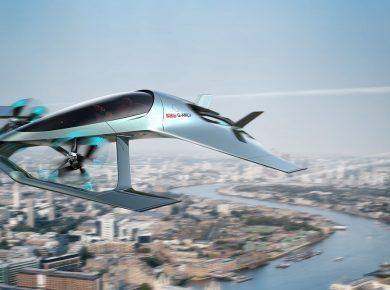 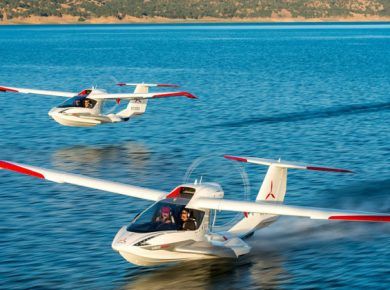 Seaplanes have been around for decades as a mode of transportation for people that live on islands, or for tourists sightseeing near places surrounded by water. But in recent years,…
View Post

Singapore Airshow is currently taking place in Asia, and some companies withdraw their participation at the last minute, and surely attendee figures are taking a hit too. Airbus unveiled a…
View Post

Becoming a pilot is dream come true for many people. And Lufthansa allows your dream to come true! The European Flight Academy is Lufthansa Group’s flight training school. It is…
View Post