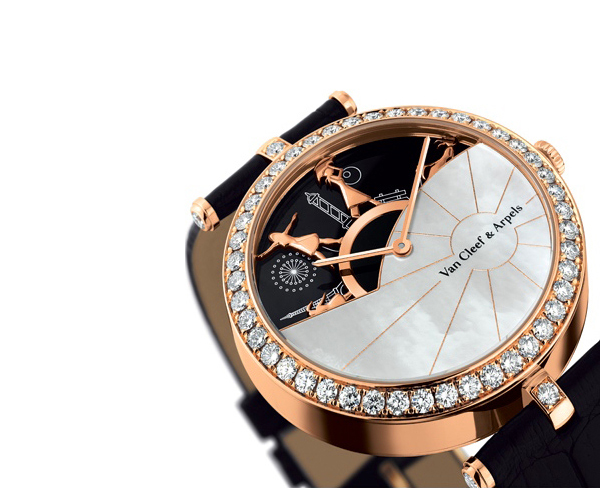 The famous French watchmaker Van Cleef & Arpels never ceases to amaze its devoted admirers and desings truly awesome, exclusively luxury watches. Each stunning timepiece is a true work of art and is impossible to dislike. The designers from Van Cleef & Arpels usually take their inspiration in the most romantic city in the world – Paris. But some of the models were inspired by famous novels. We want to show you some extremely beautiful watches starting from the newest Five weeks in a balloon and up to Midnight in Paris watch, which has been already became classic. Hope you’ll enjoy! And don’t forget to check our list of the most luxurious watch brands for men.

Five Weeks in a Balloon Watch

At SIHH 2011 Van Cleef & Arpels is going to unveil a new timepiece inspired by Les Voyages Extraordinaires, a famous novel written by Jules Verne. The watch is named the Poetic Complication Five weeks in a balloon. The gorgeous dial is embellished with champleve enamel and inlaid with mother-of-pearl. It demonstrates a hot-air balloon flowing into the air of Zanzibar. The retrograde hours and minutes are displayed with help of the moving balloon’s anchor and a flying bird. The case of the new Van Cleef & Arpels watch is sculptured in white gold. It is coupled with an alligator leather strap fitted with a white gold buckle. 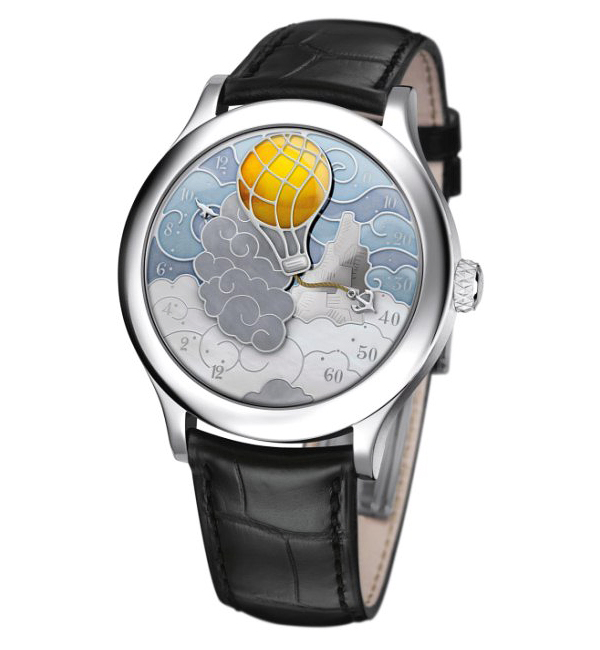 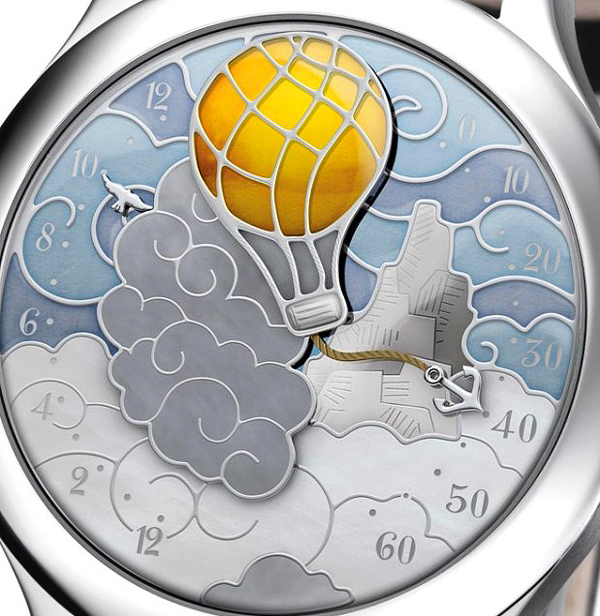 A true work of art, the dial of the Pont des Amoureux Watch by Van Cleef & Arpels captures the time in a very special manner. The retrograde display reveals miniature figurines of a man and a woman, setting off to meet at the famous arch bridge over the Thiou River in Annecy, France. The delicate figure of the woman, carrying an umbrella, substitutes the hour hand. The man, secretly holding a flower behind his back, serves to indicate the minutes. Upon hitting 12 o’clock, the lovers meet at the center for a kiss – a remarkable detail that further enhances the romantic mood of the model. The Pont des Amoureux watch have an 18-carat white gold case with white crocodile leather strap. Priced at $116,000. 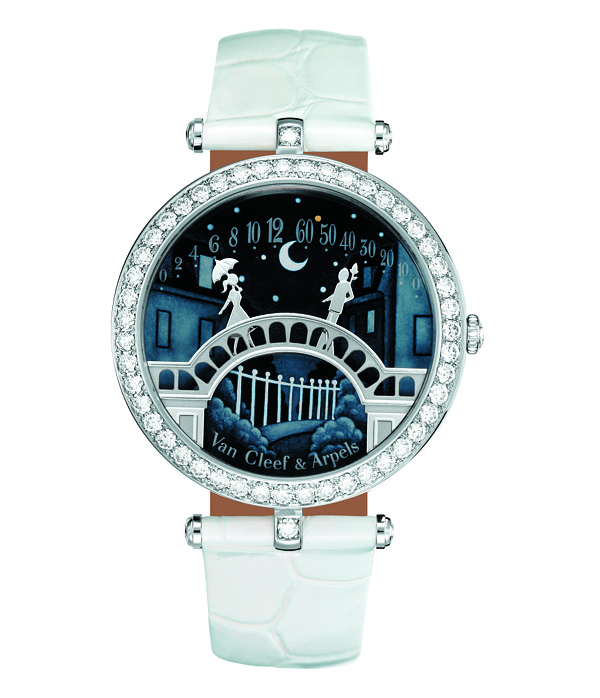 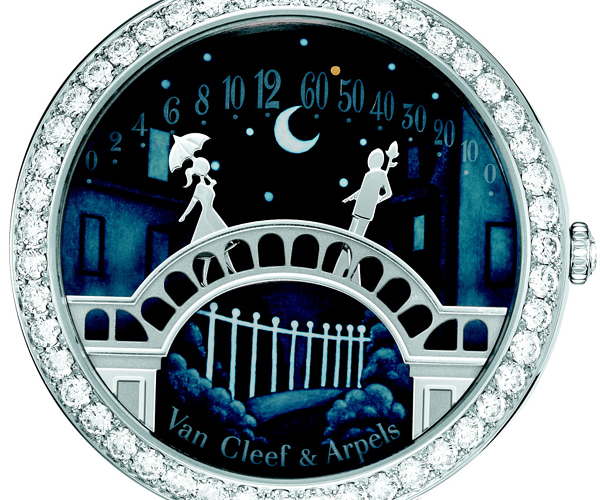 The display of the amazingly beautiful Butterfly Symphony watch catches and holds the gaze with two enameled butterflies, swooping up and down a great tree with a white gold trunk and mother-of-pearl foliage. The cheerful butterflies successfully substitute for hour and minute hands. Fascinating dial is equipped with Arabic numerals. Each number is coupled with a scintillating diamond. 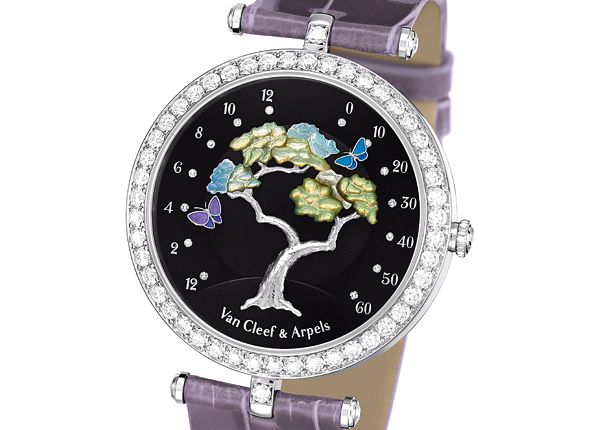 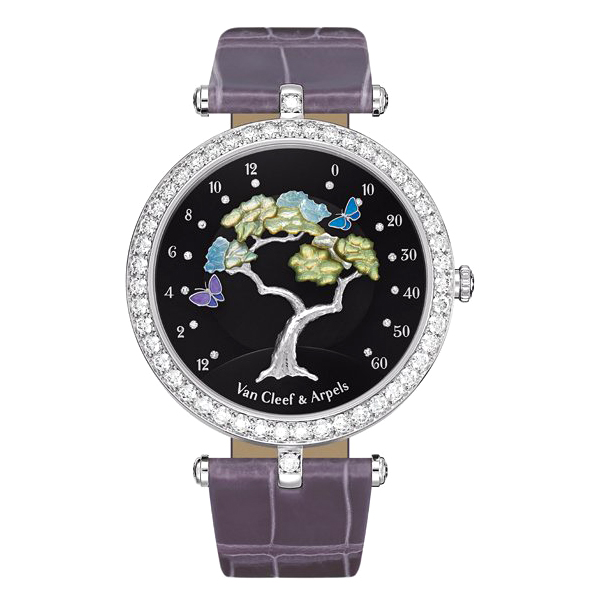 The horological company Van Cleef & Arpels is also released Journee a Paris watch, whose name means "a Day in Paris", when translated from French. The display of these stunning watch exposes seven feminine silhouettes and a child, strolling through the "City of Lights". The charming scene is featured against a stationary background, represented by an onyx disc. The figurines magically appear from the bewitching dial, emerge in turn and disappear. Each silhouette can be repeatedly enjoyed only in 24-hour time. The case is made of pink gold and equipped with pink gold hands. The timepiece took three men nine months to make and costs €1,200,000. 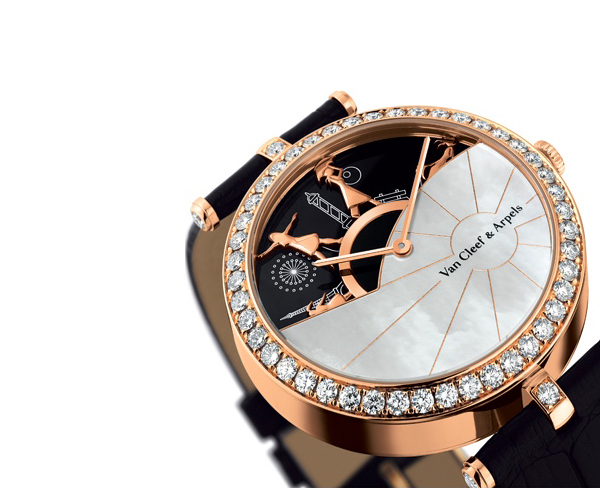 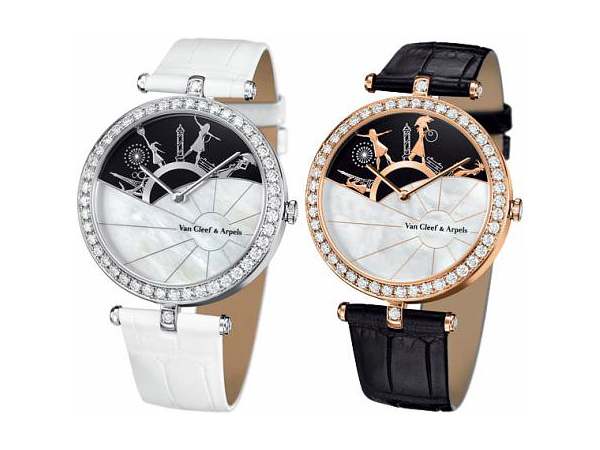 The fascinating Midnight in Paris watch reveals the map of stars under the sky of Paris. The dial is a rotating disc of Aventurine that shows the constellations as they appear above Paris through the year. The 42-mm case of the watch is crafted in 18-carat rose gold and provided with scratch-proof sapphire crystal. The owner will have a piece of Paris’s sky on the wrist for £38,300. 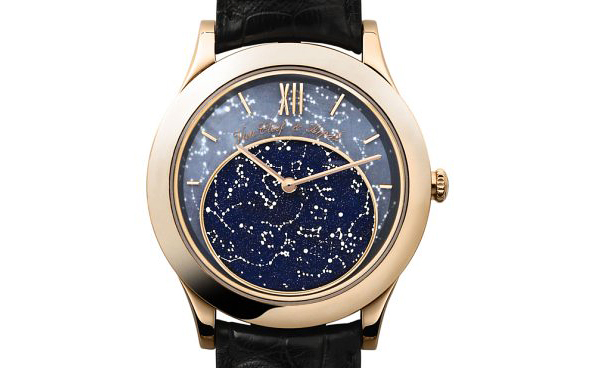 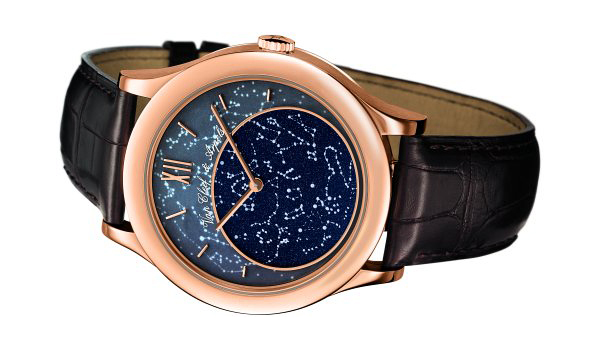 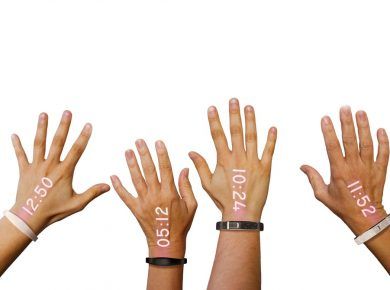