Twenty years ago, Oakley introduced one of its most daring and distinctive eyewear pieces – an outlandish silhouette that could only be described as “OVERTHETOP.” These futuristic goggles made their acclaimed debut on the world’s grandest stage during the 2000 Summer Olympics in Sydney, Australia, and now, they’ve been resurrected for a limited-edition 20th Anniversary eyewear capsule.

Adorned by sprinter Ato Boldon in the 2000 Olympic Games, the OVERTHETOP silhouette quickly become one of the most talked-about models in Oakley’s lineup. Not only was the stylistic trademark an unnerving sight for Boldon’s competitors, but it also served as a unique statement that would inform the brand’s eyewear for years to come. To honor the original set, Oakley has decided to introduce the 20th Anniversary “Precious Mettle” colorway – a gold, silver, and bronze gradient that steadily transitions from the model’s front to rear. Utilizing the OVERTHETOP’s original mold, the brand has introduced a handful of its cutting-edge performance innovations, including lightweight O Matter™ frame material and Prizm™️ Lens Technology catered toward increased contrast/clarty . Only 20 units are slated for production, so head over to Oakley’s website to pick up a pair of your own for $2,000. Also be sure to check steampunk HDR UHD VR glasses. 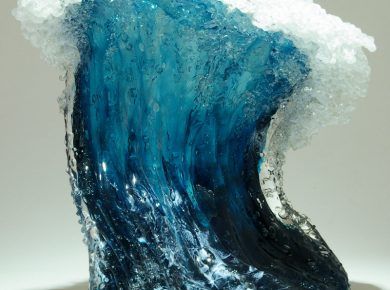 Marsha Blaker and Paul DeSomma, two glass artists at Kela’s, a glass art gallery in Kauai, Hawaii, have a unique talent for capturing the power and motion of the sea.…
View Post

Whiskey Wedge by Corkcicle was created two years ago by designer Ryan Bricker and reached inside the mind of every whiskey drinker and stole their thoughts. The glass is a…
View Post 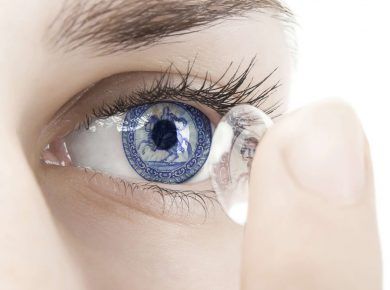 One of the world’s leading museums , the Rijksmuseum in Amsterdam , announced 75 top designs for the International Design competition for the Rijksstudio Award 2017. Any designer from all…
View Post

Not so long ago we’ve told you about VR glasses. And now it’s time for another news. California-based tech startup Mojo Vision has revealed its smart contact lenses which use…
View Post