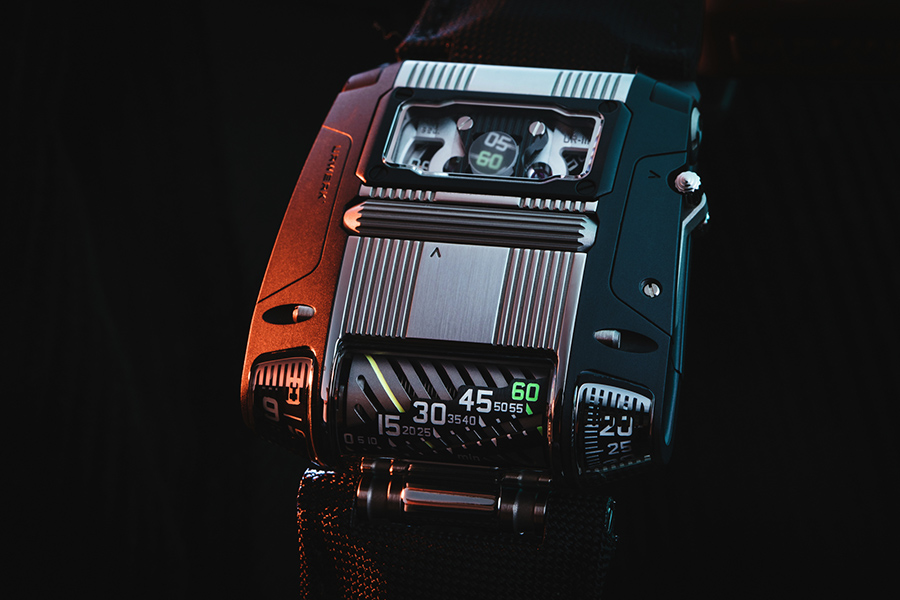 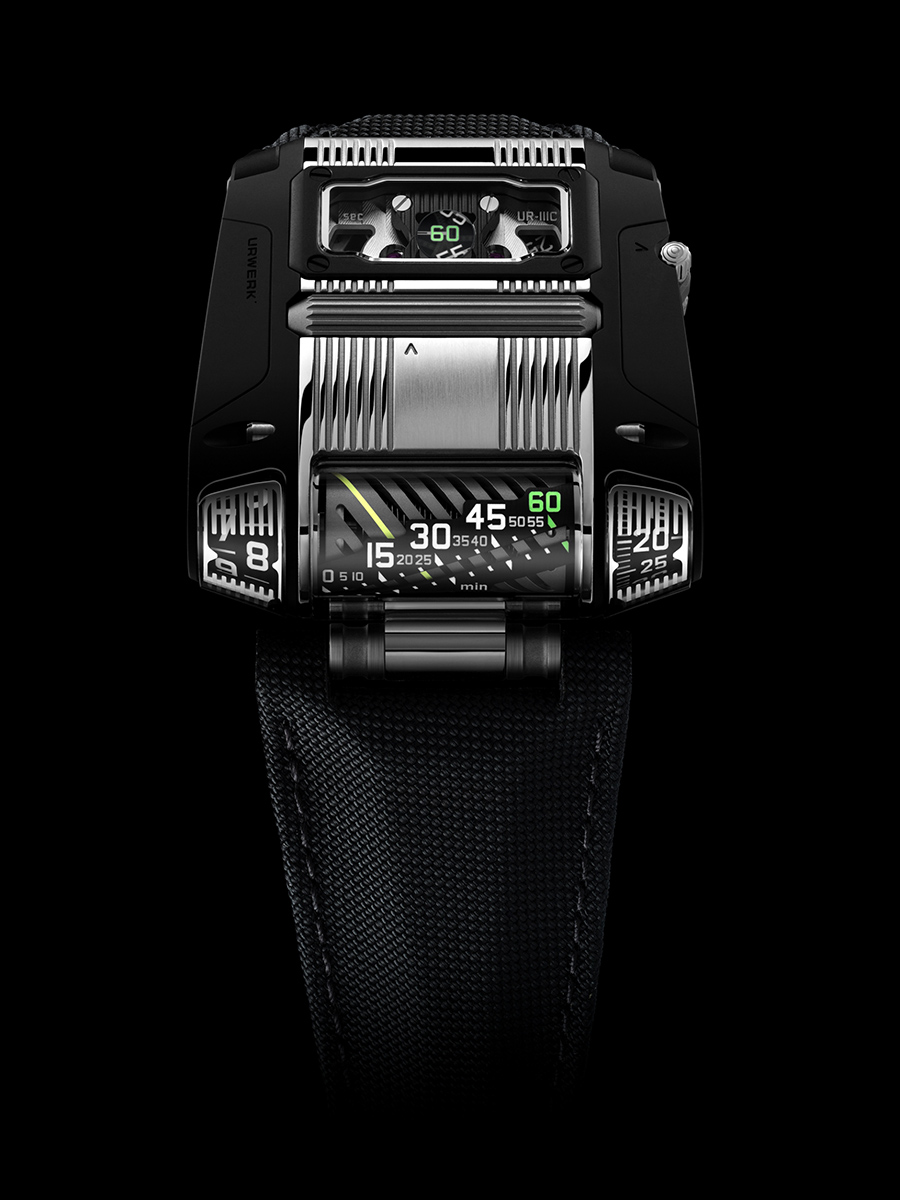 Driving the four separate time indications is a 4Hz automatic movement with stop seconds, 37 jewels, and a 48-hour power reserve. To hand-wind and set the watch there’s a new roller system – also used on the original UR-111C – which can be wound using the roller on the top of the case. And when the small lever to the right side of the case is released, the same roller can be used to set the time, with stop seconds functionality. 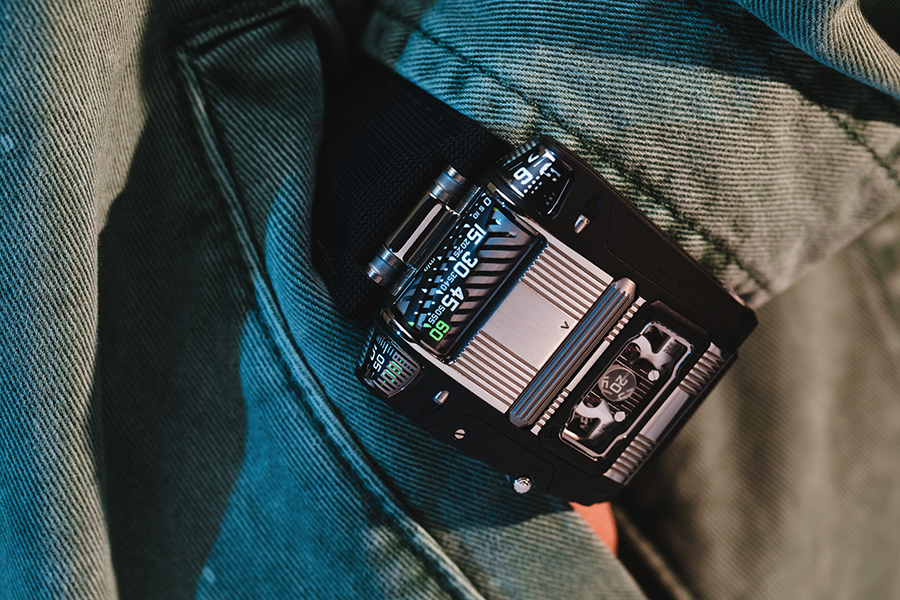 Like the UR-111C, the new TT variation has a retrograde linear minute display in an end-mounted driver’s watch, which Urwerk says is a “spinoff of the mechanism invented for the UR-CC1.” Except here the numerals are set in a 30° diagonal slant for better readability. This means that the rotating cylinder onto which the minute indicator is painted must rotate 300 degrees, during which a coiled spring is wound. At the 60th minute, the spring is released, making the indicator jump a an additional 60 degrees and back to the start position. But it also makes the hour indicator to its left jump too – creating a mesmerizing sight for the owner and onlookers alike. 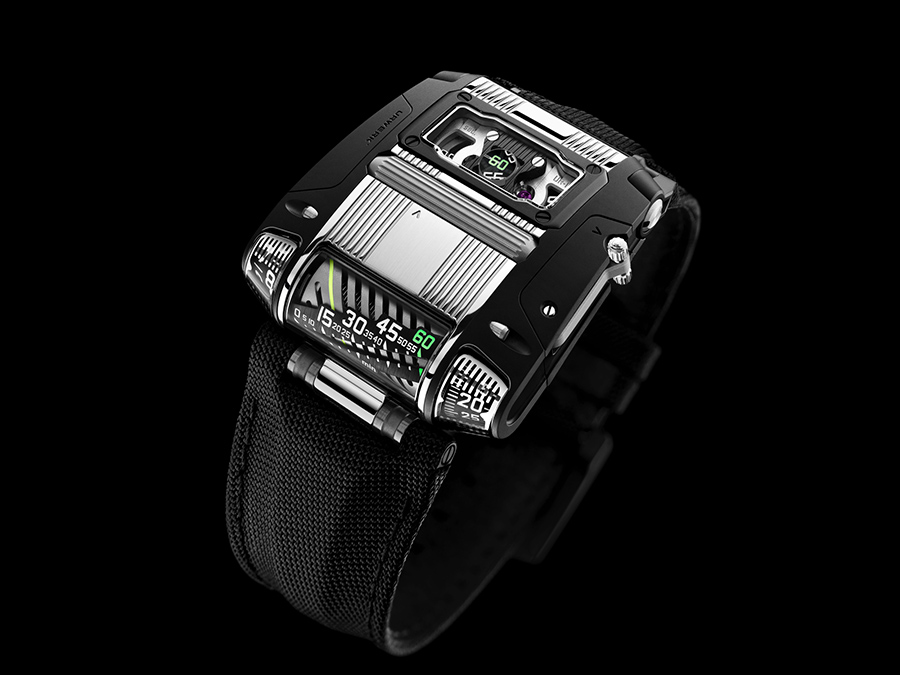 Further, the seconds display features mechanically unique openwork Arabic numerals set onto two tiny wheels: 10, 20, 30, 40, 50 and 60 on one wheel, and 5, 15, 25, 35, 45 and 55 on the other each graduated in ten-second increments – the seconds numerals look incredibly close as they pass across a circular window in sinuous progression. They appear to do this because of a dense cluster of precisely aligned optical fibers, known as an image conduit, positioned a tenth of a millimeter above the numerals. Interlocking like the teeth on cogs, they show a smooth progression of passing seconds. 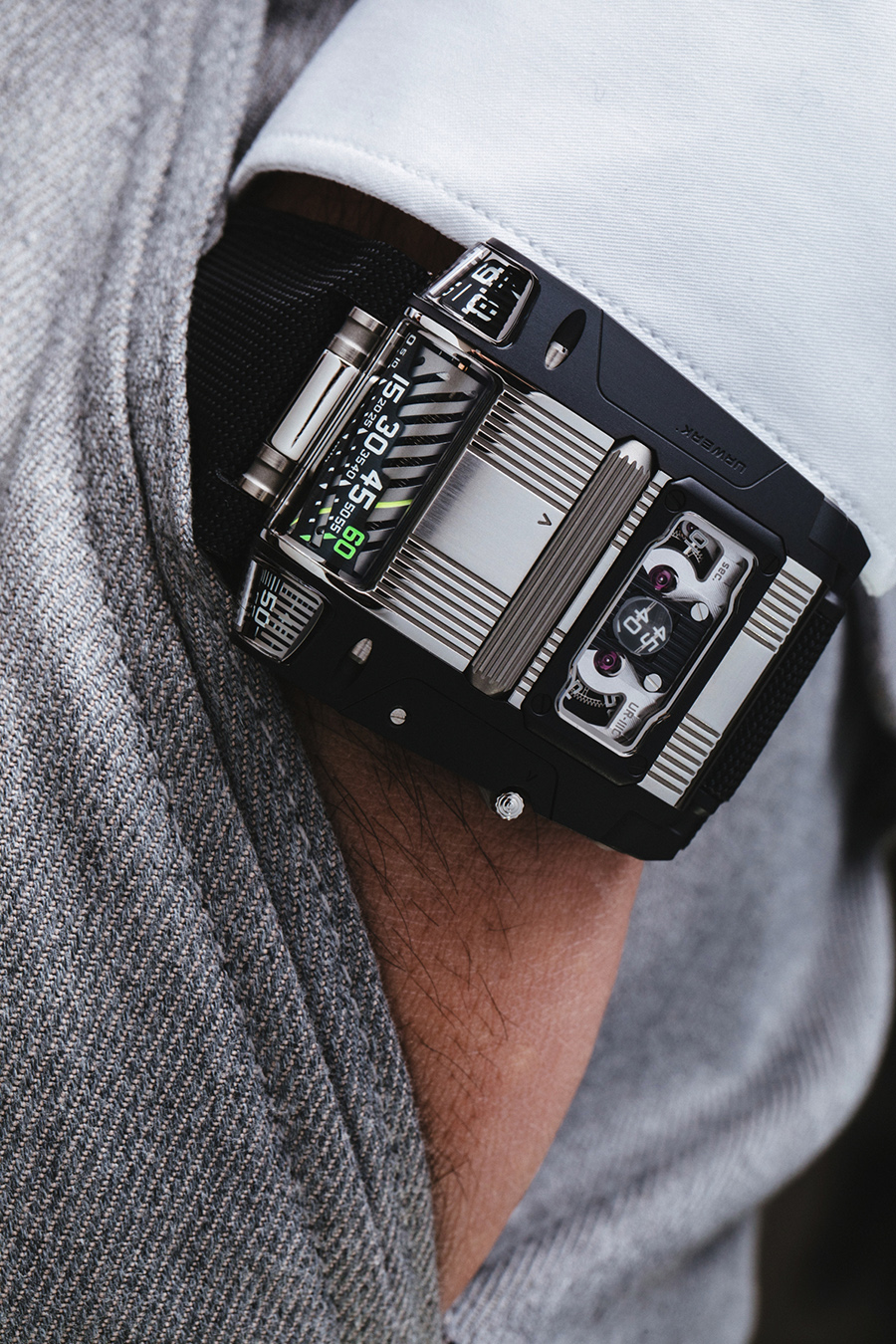 The Urwerk UR-111C Two-Tone is available in a limited edition of 25 pieces for a retail price of CHF 130,000. And don’t forget to check best black watches for men. 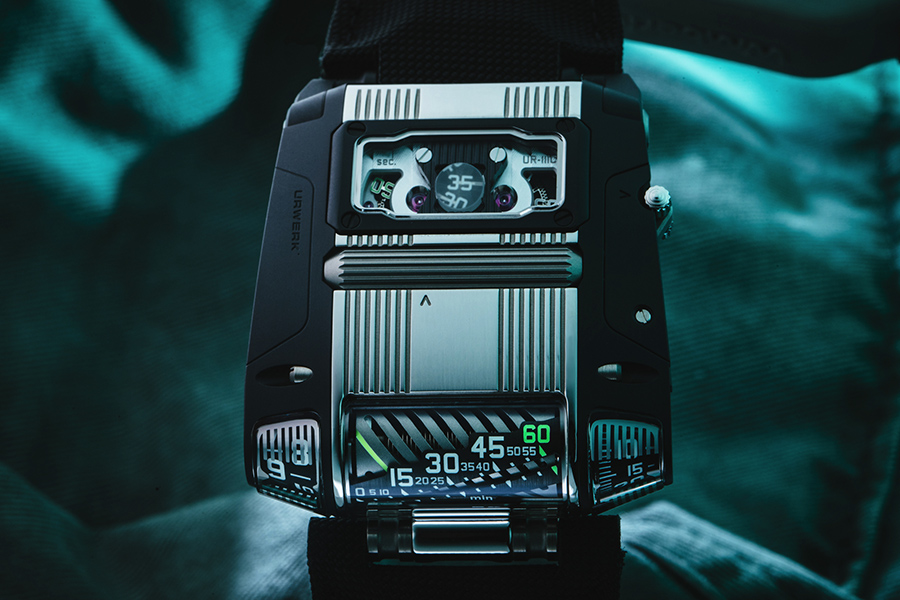 The Urwerk UR-110 is for the man who craves something unique on his wrist. The UR-110 continues URWERK’s offbeat tradition of telling time via orbiting satellite complications – the hours…
View Post

The brand new Urwerk UR-T8 Skull Watch is part of the 2019 line of Urwerk UR Models. It might be a bit different than your usual timepiece, but the UR-T8…
View Post

Luminosity is at the heart of Urwerk‘s latest creation, the UR-105 CT Kryptonite. The intense green light emitted from the hour markers is the reason for the suggestive “Kryptonite” name.…
View Post

Unconventional Swiss watchmaker URWERK recently unveiled a new version of its acclaimed UR-100 watch, this time featuring a gorgeous Gunmetal PVD finish. Limited to only 25 pieces, the URWERK UR-100…
View Post

Urwerk’s EMC Time Hunter collection gets a military-inspired makeover for this brand new release.The EMC is fully mechanical, has a rotating disc at 1 (hours, minutes and seconds), a power…
View Post