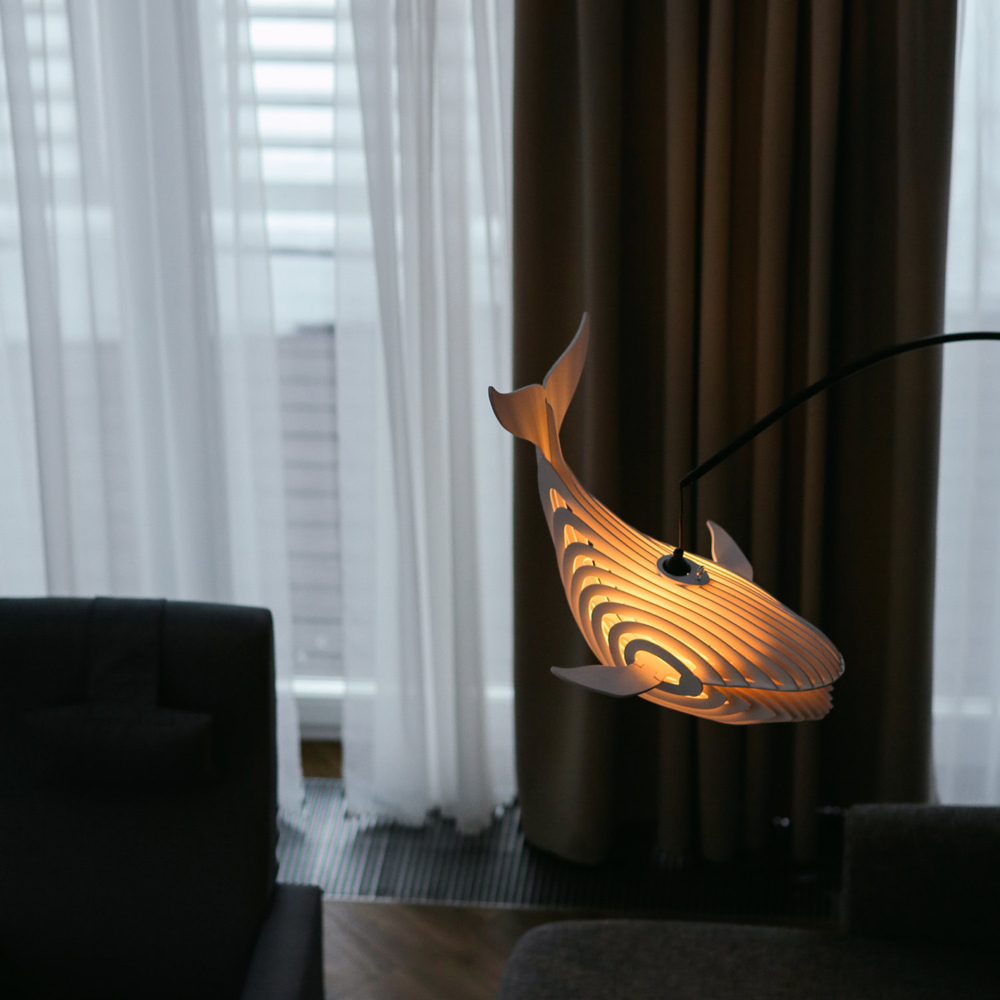 Designer Eduard Golikov has created an elegant wooden whale sculpture that doubles as an unconventional lighting solution. Crafted from birch wood, each piece is laser cut and assembled into a series of concentric shapes that form a sleek and stylized version of the beloved water-based creature. After its construction, Golikov coats the lamp in white paint and inserts an Edison bulb to cast a soft glow. The illuminated whale can be displayed a couple of ways. It can rest on a desk as a table lamp, but it’s also equipped with a suspension system—this allows it to float and seemingly “swim” in midair, adding a dream-like element to your space. Golikov sells these whimsical creatures in his Etsy shop. 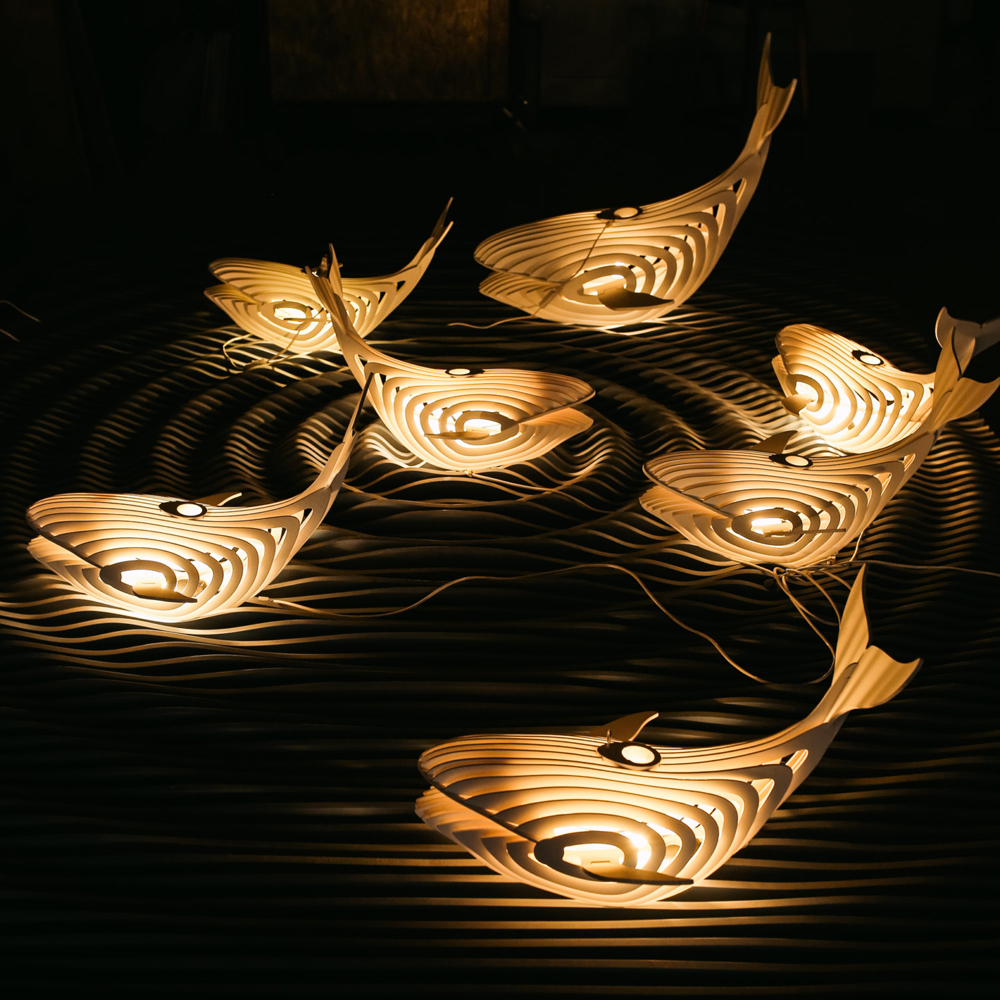 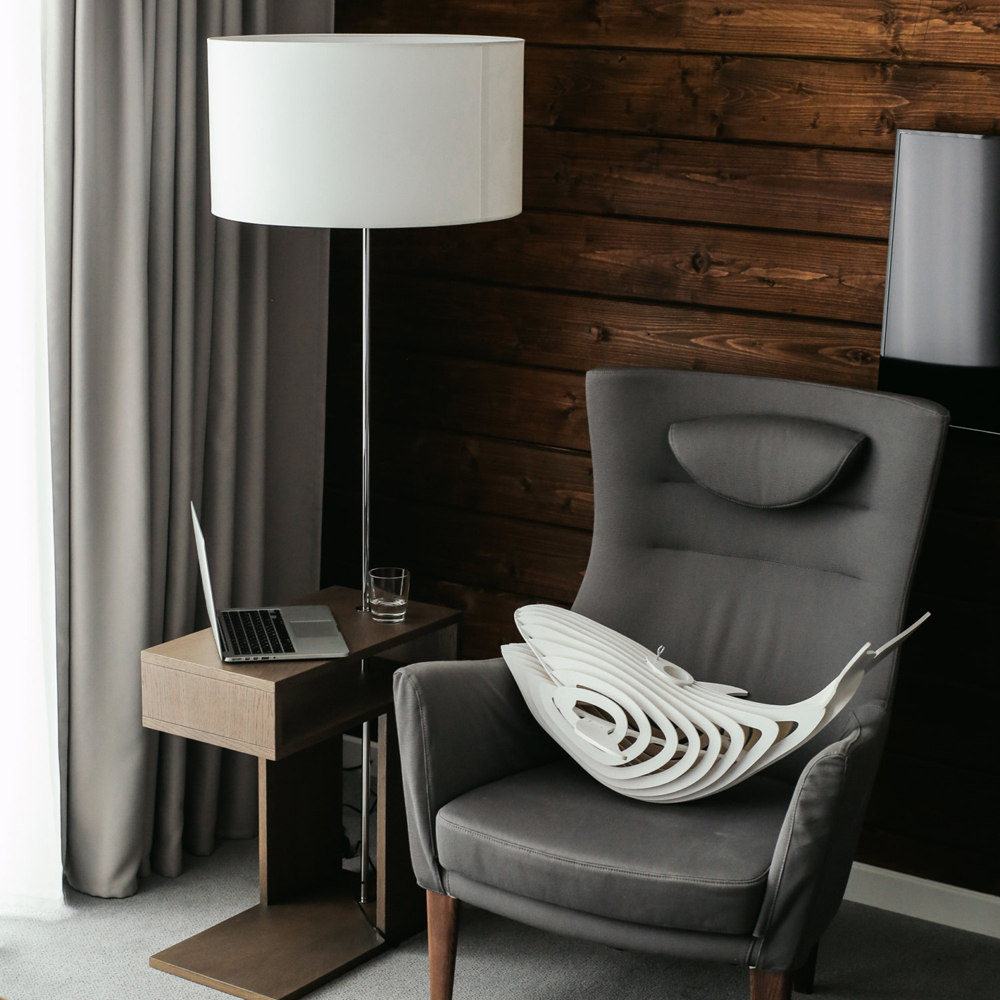 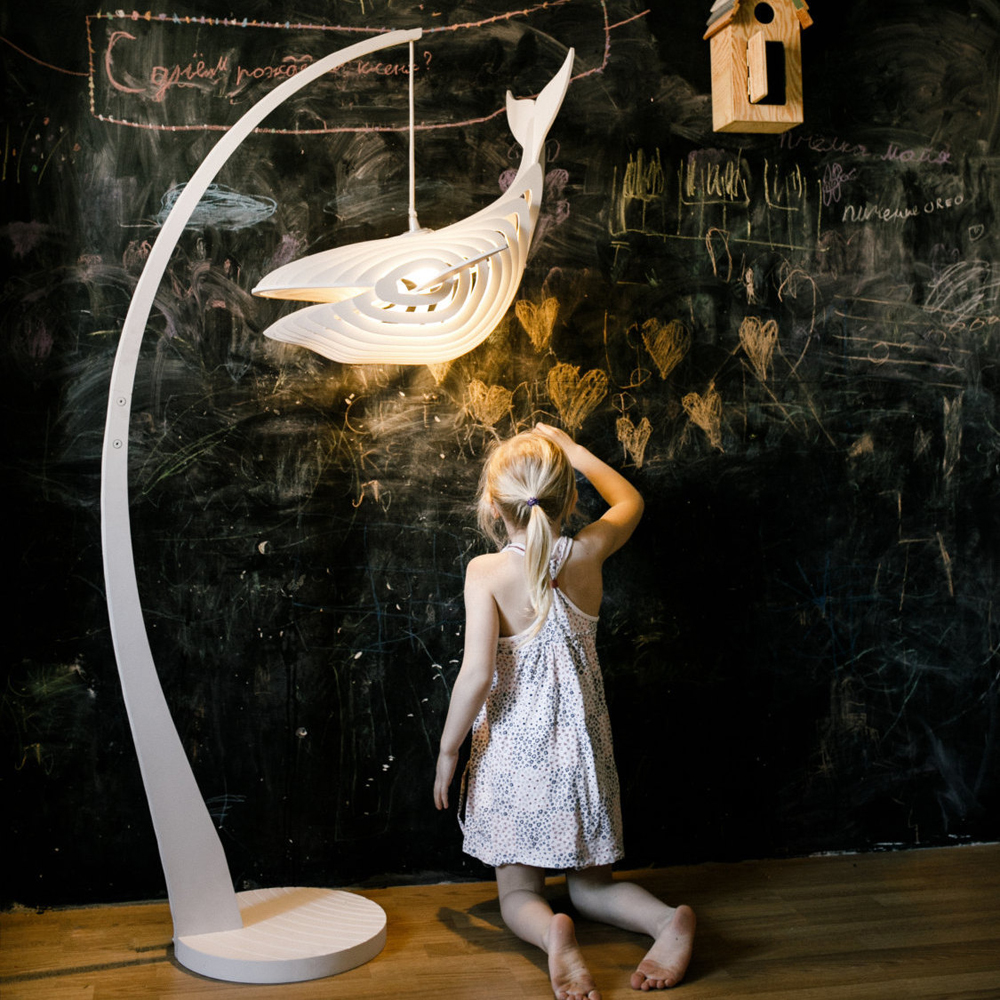 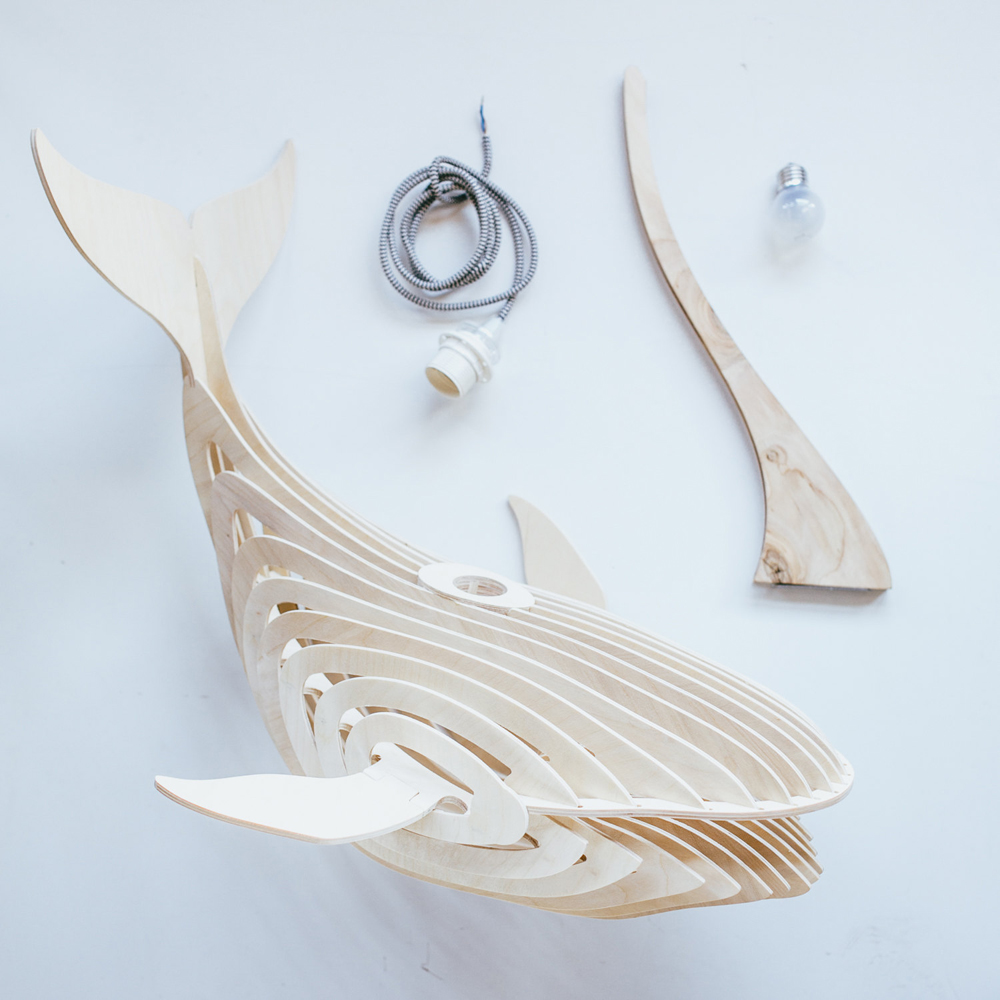 The 15 Minutes Lamp is an innovative fusion of a sand-timer and mood lamp that comes handy at night. As the sand flows towards the light at the bottom, the…
View Post

Polish design studio ABADOC have designed a wooden floor lamp named Woobia. “It was created by an inspiration of a childish bow that one of our colleagues made of a…
View Post 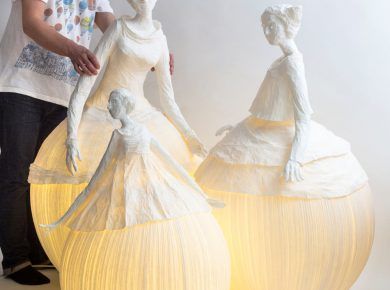 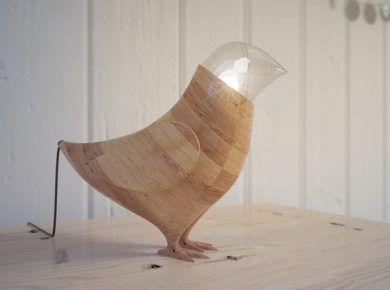 Let’s return to the theme of birds. This cute lamp in the form of bird is a part of avian-themed collection “Marina’s Bird” created by Belarus design studio Fajno. Collection…
View Post