This House Built On A Single Column Can Rotate 360-Degrees 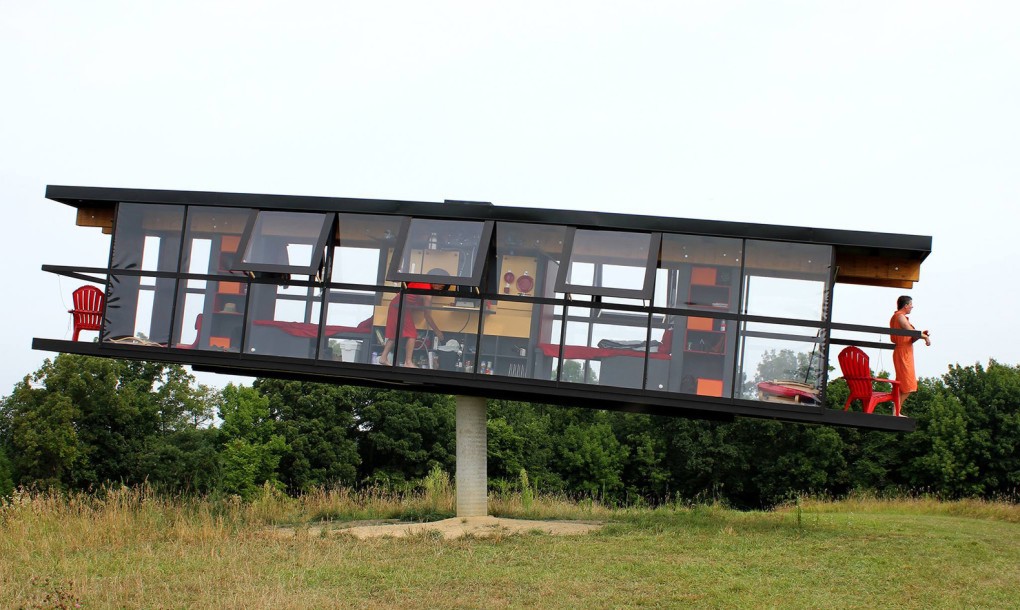 Recently on display at the OMI International Arts Center in Ghent, New York, was this unique piece of architecture. Designed and built by architect-artist duo Alex Schweder and Ward Shelley, the “ReActor” is a habitable sculpture where they lived for a five-day performance. The 44-foot by 8-foot house made of concrete and wood rests atop a 15-foot tall column, and can rotate a full 360 degrees. The house moves depending on the movement of the inhabitants, or the wind and weather. According to an Omi International Arts Center Facebook post, the artists described their experience of living in the house : “We’re spacemen in the wilderness.” Both artists kept journals aboard ReActor, and described the movements of the tilting house as “graceful and oceanic.” Shelley said, “We almost never stop drifting in circles. It takes only the slightest breeze to set us in motion.” Schweder said, “A view that is always changing, sleep that comes and goes with the sun’s light, and a sense of connectedness with your roommate through knowing what he is doing and feeling mediated by the building – in short, this building is breaking our habits.” For five days, the artists experienced a novel connection to the environment and to each other, as they had to be conscious of where they moved. They enjoyed the gentle movement of the house but also at times felt their movements were constrained, as they continually had to make small adjustments in favor of balance. 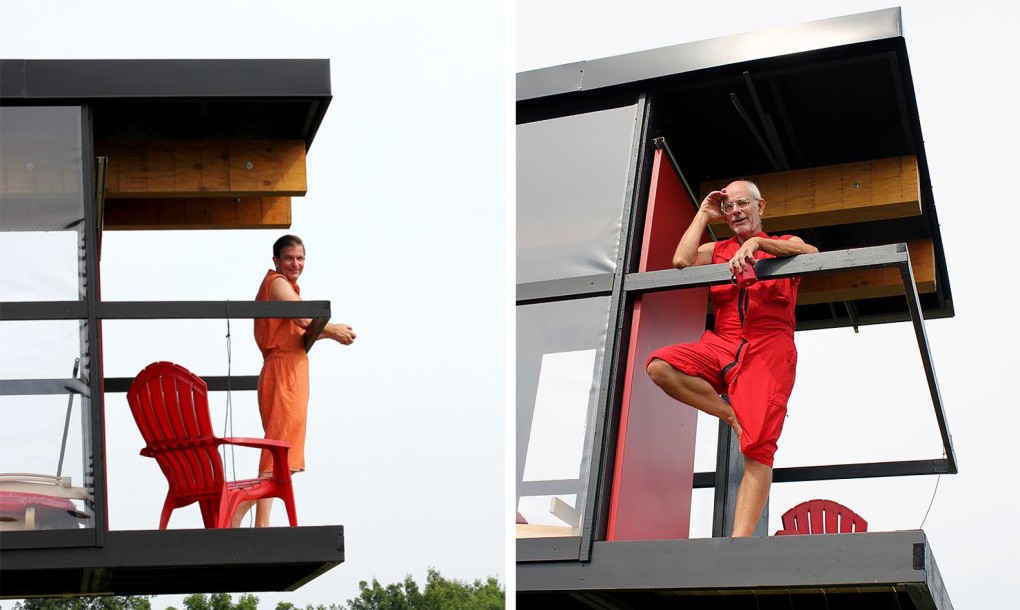 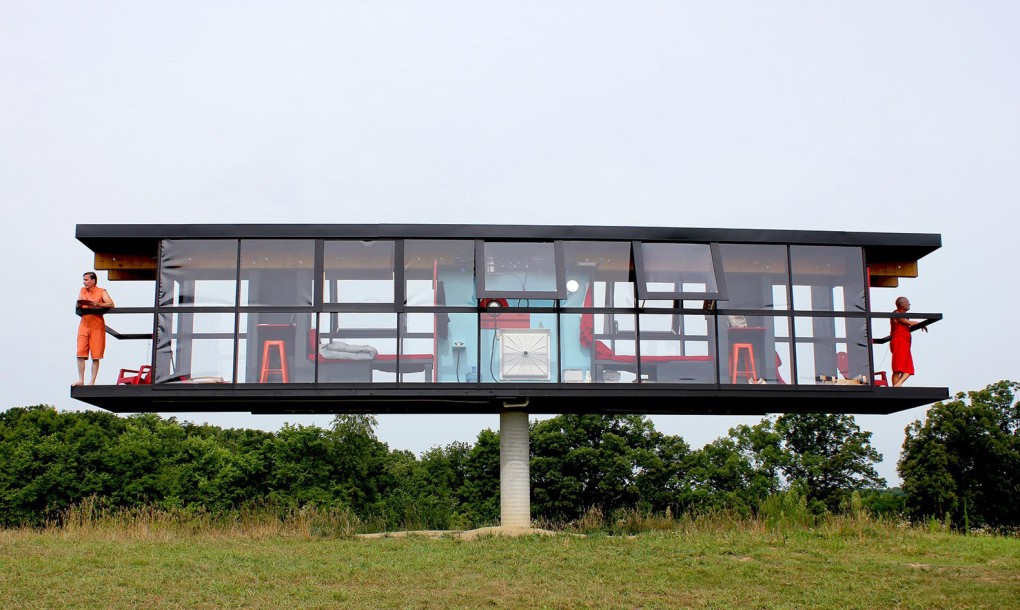 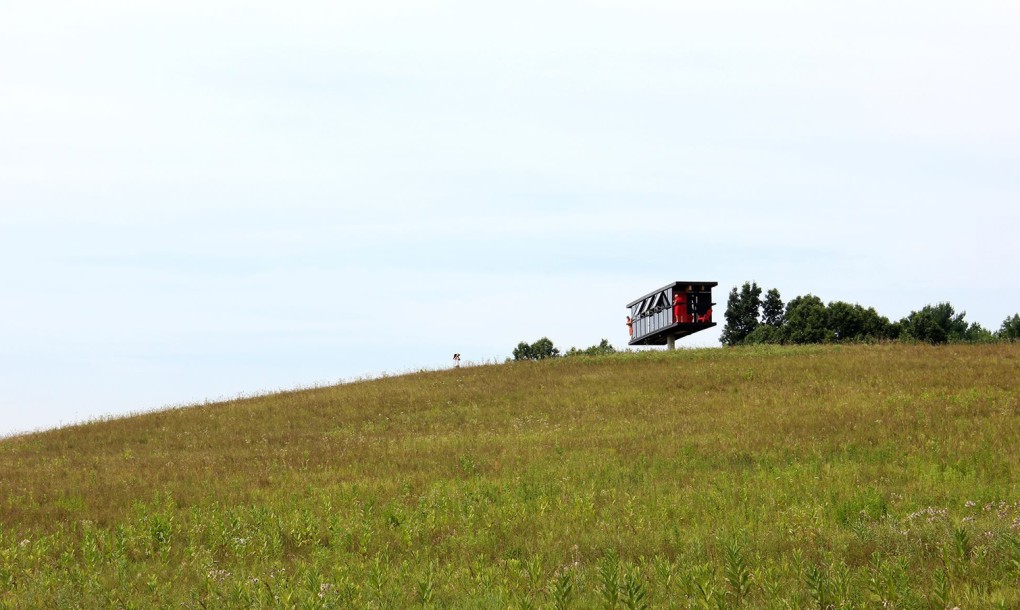 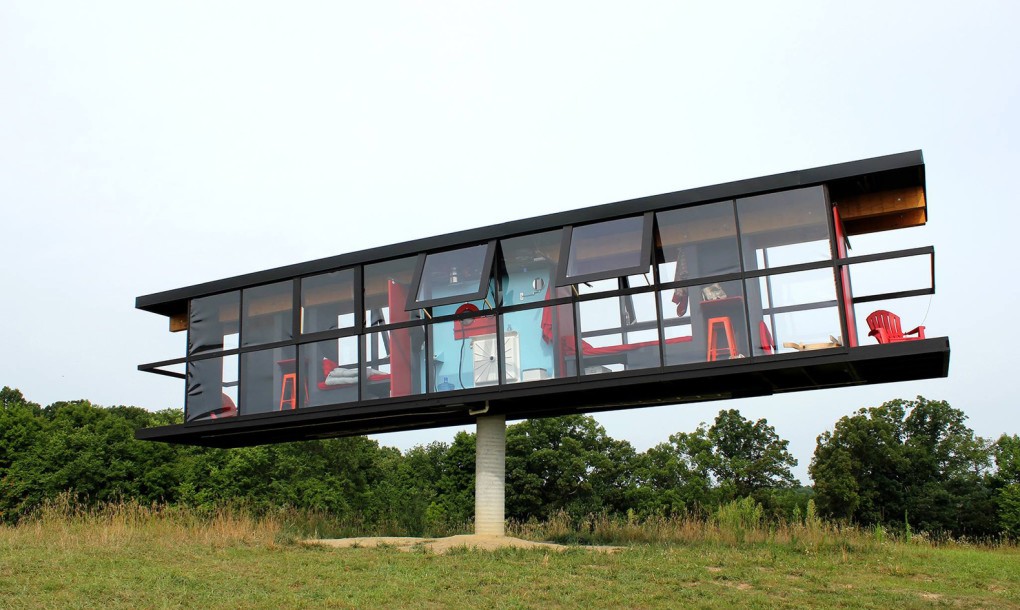 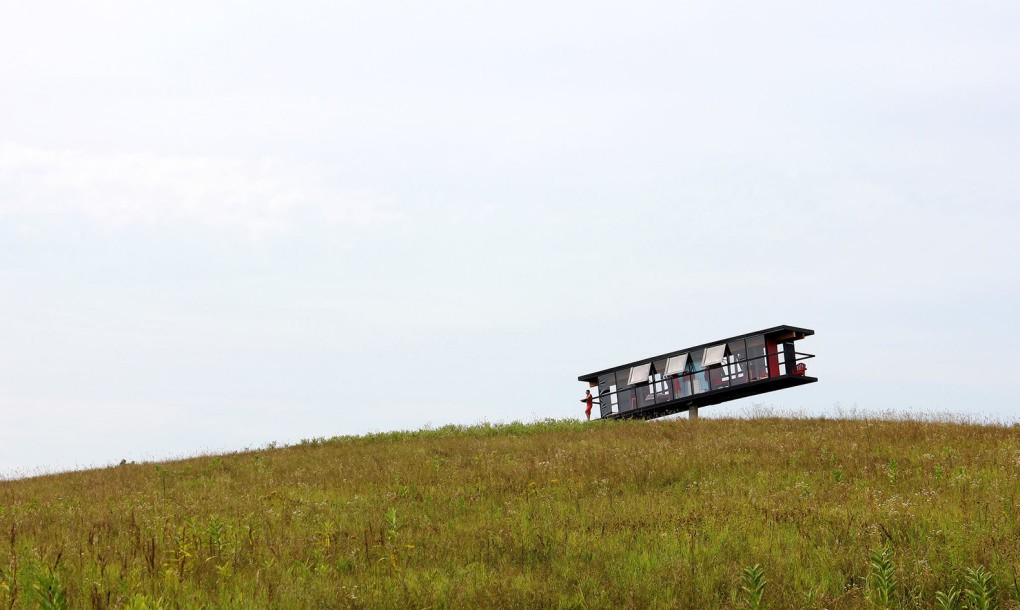 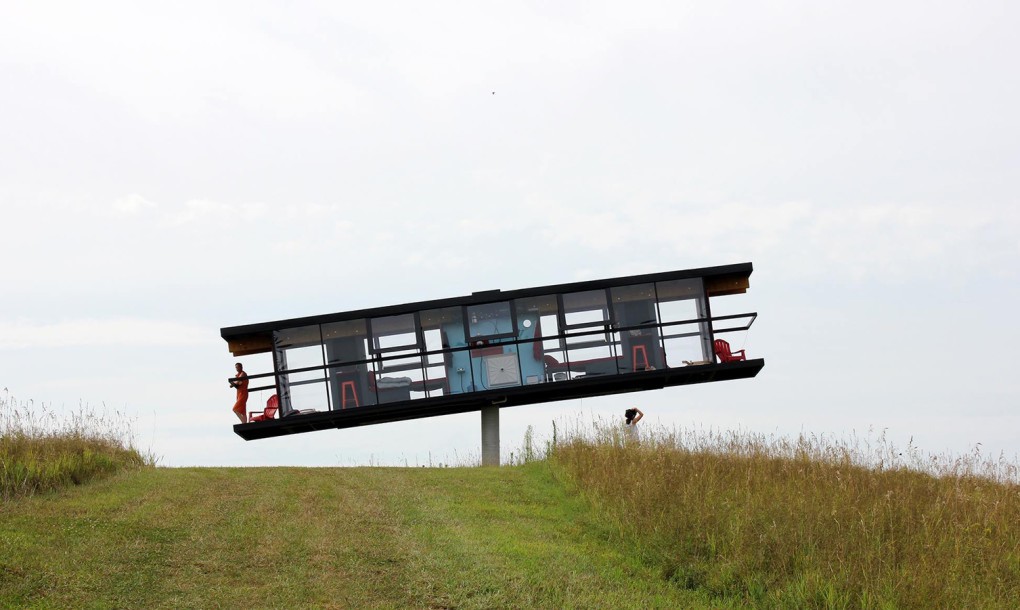 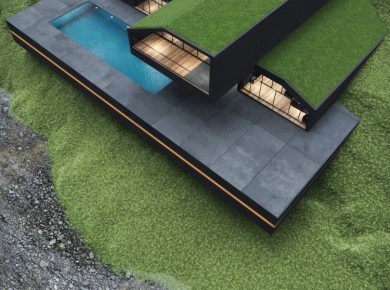 Black villa is a spectacular contemporary single-family creative house to be built in Harriman State Park, New York, a haven for hikers with over 200 miles of hiking trails. Designed…
View Post 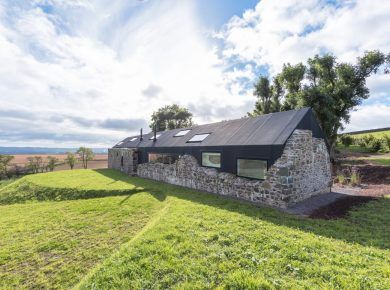 Without touching a single stone in the ruins of a 17th century farmhouse in Scotland, two architects managed to incorporate it exactly as it is into a modern, ultra-efficient, solar-powered…
View Post 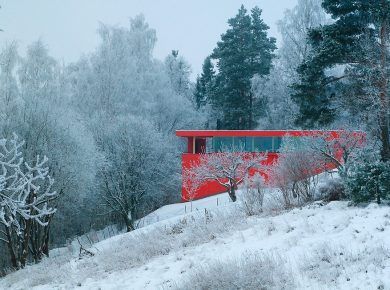 The Red House in Oslo, Norway by JVA Architects

Take a look at the Red House by JVA. It’s set in the suburbs of Oslo, Norway, in the frequently snow-covered hills. The house’s most defining feature is its red…
View Post