LA-based studio Arshia Architects is a winner of The American Institute of Architects Los Angeles (AIA|LA) 2016 Design Awards program for its MU77 project in Los Angeles. The house on the cusp of a fold in the Hollywood Hills identifies the differential complexity of the steep hillsideas its functional and formal generator. The stark, rigid appearance enters a dialogue with the landscape, defining itself as a real object through the process of alienating its context. This alienation is at the same time natural in the way a rock formation identifies itself through the process of unearthing. A matrix of complex parameters was identified early in the process of design as the programmatic needs, budgetary requirements, code regulations, environmental constraints and formal aspirations gradually came to being.  These parameters superimposed forces on the raw massing of the project that developed the final form through an evolutionary iterative process. Programmatically, the 5,000 SF building is split into two main levels, horizontally organized along a shifted east-west axis. The restrictions imposed by the planning and building regulations provided strenuous challenges to the site planning of the project as it pushed the building downhill, over the ridge. This coupled with height and view shed restrictions, provided for a narrow and steeped profile for the building, particularly on the entry façade. This, however, became a desirable aspect of the project, as the building muted itself towards the intrusion of spectators on Mulholland Drive. The project traded the lazy concept of material agglomeration in favor of simplicity, yet spatial significance to balance its budgetary goals. 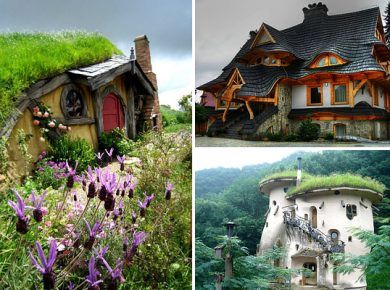