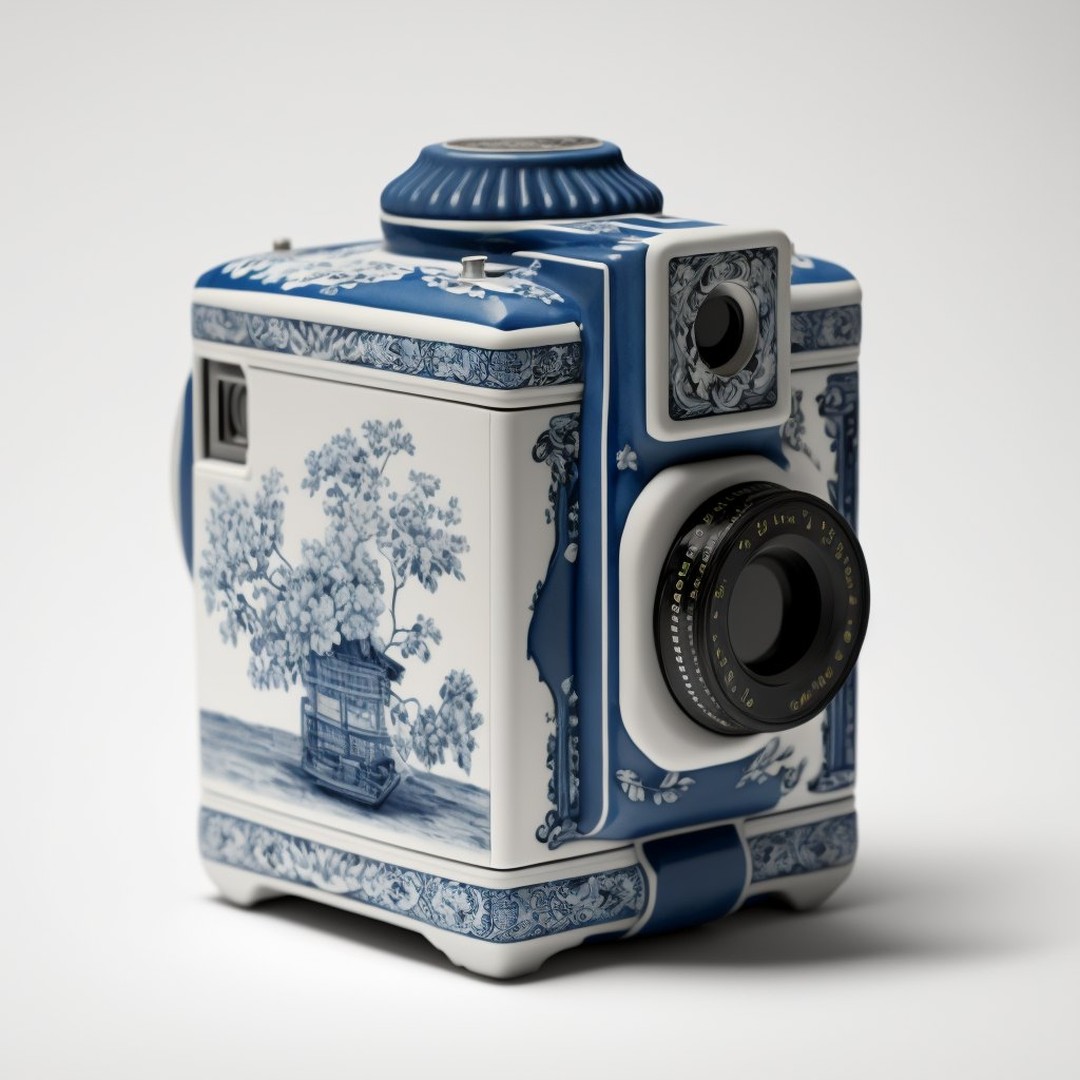 A photographer Mathieu Stern has fooled the internet with his AI-generated images of antique cameras that don’t exist. He generated the fantasy cameras using Midjourney before working on them in Photoshop. “The generation itself only takes less than a minute, what takes time is to create a good prompt, this trial and error part can take hours”. Users of AI image generators write text prompts to describe the image they would like to see. Mathieu Stern employed another artificial intelligence (AI) program called ChatGPT, an AI chatbot, to help write a convincing backstory for the cameras. 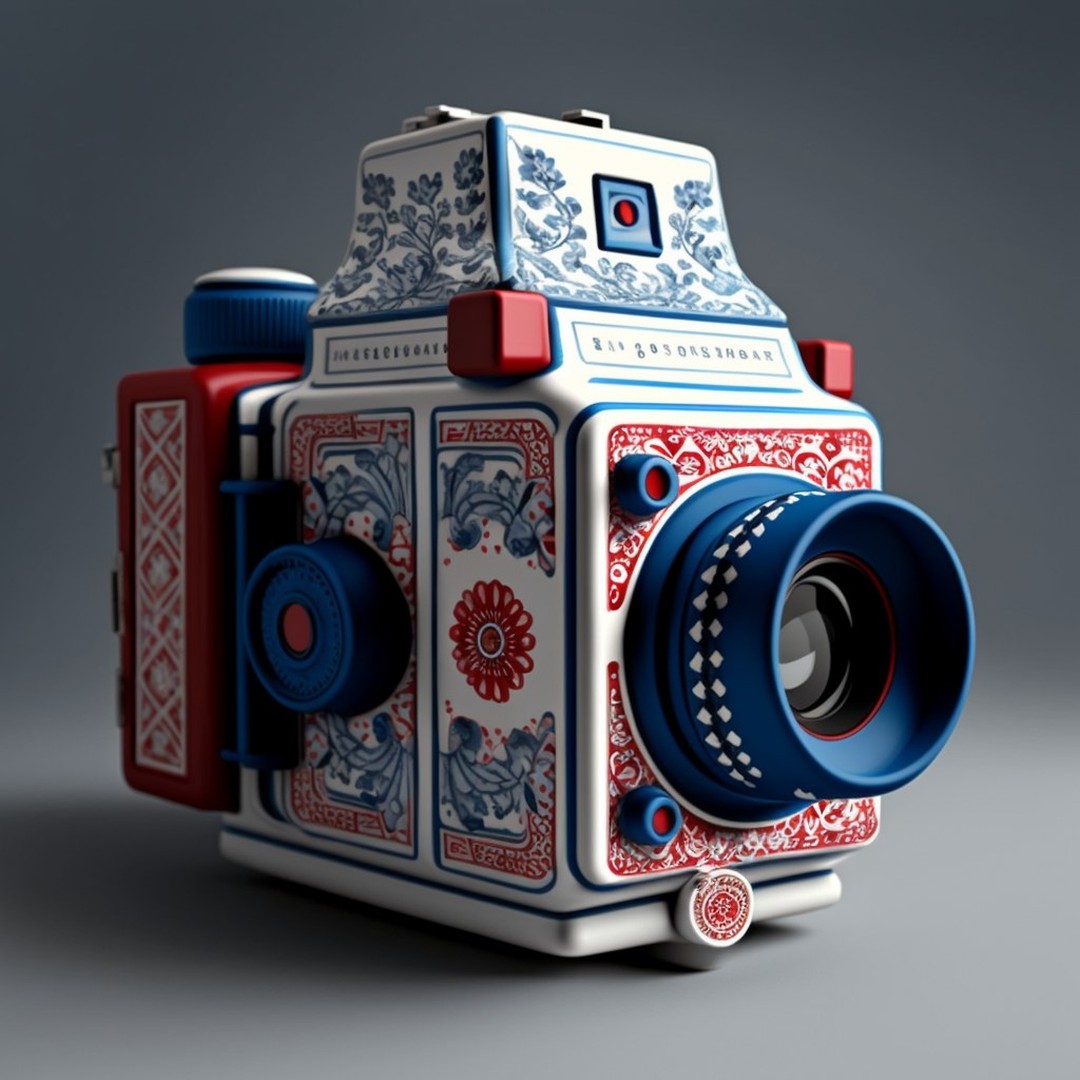 Stern posted that the “historical” cameras belonged to the Chinese Emperor Qianlong, a real Qing dynasty ruler, who “became fascinated by the art of photography.” “He was particularly enamored with the intricacies of the cameras and the beautiful images they produced. The Emperor was so taken with photography that he ordered his finest artisans to create a camera made entirely of porcelain.” 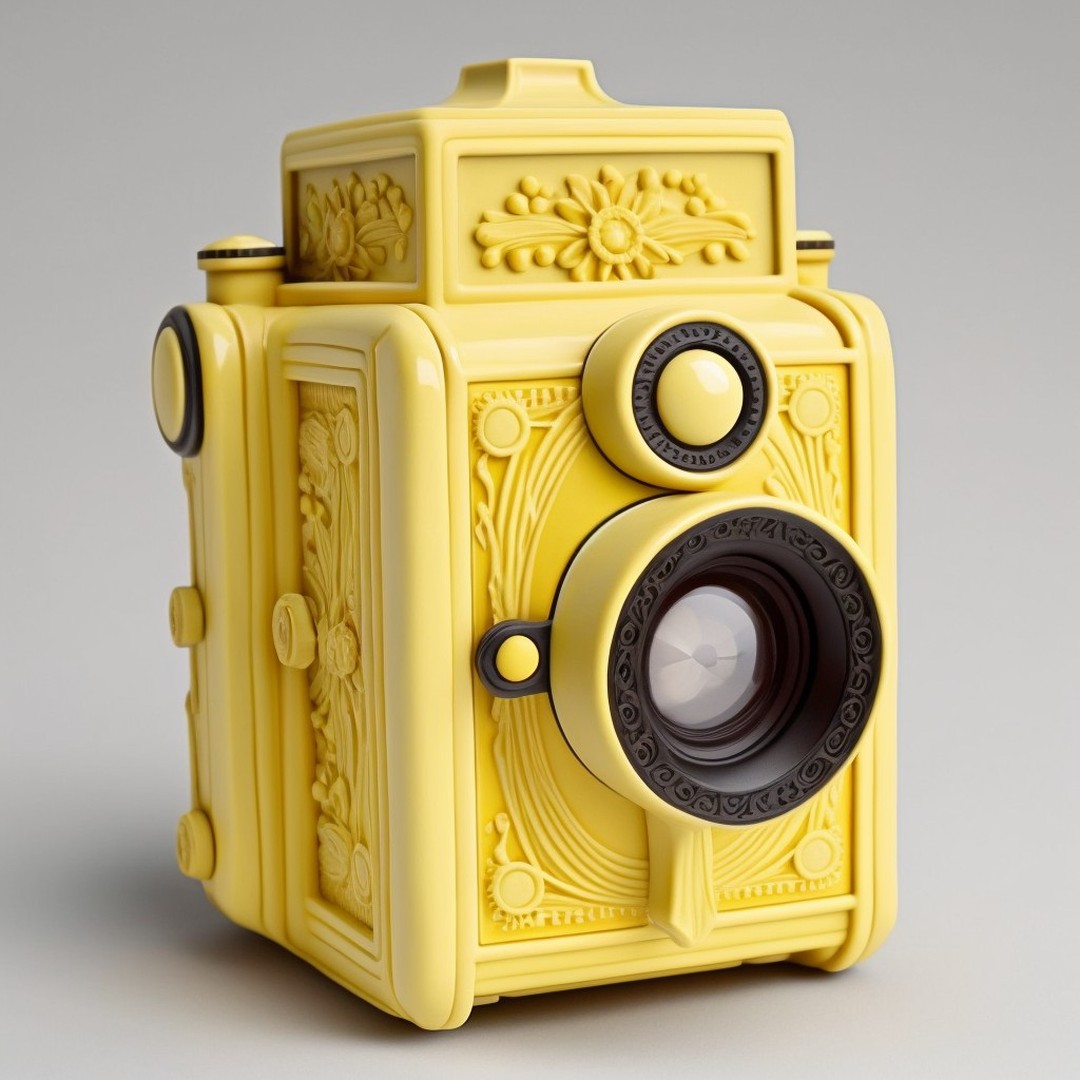 The French photographer tells PetaPixel that the general idea for the story was his but that the language-learning model ChatGPT “helped make it more like a full story with a better structure.” 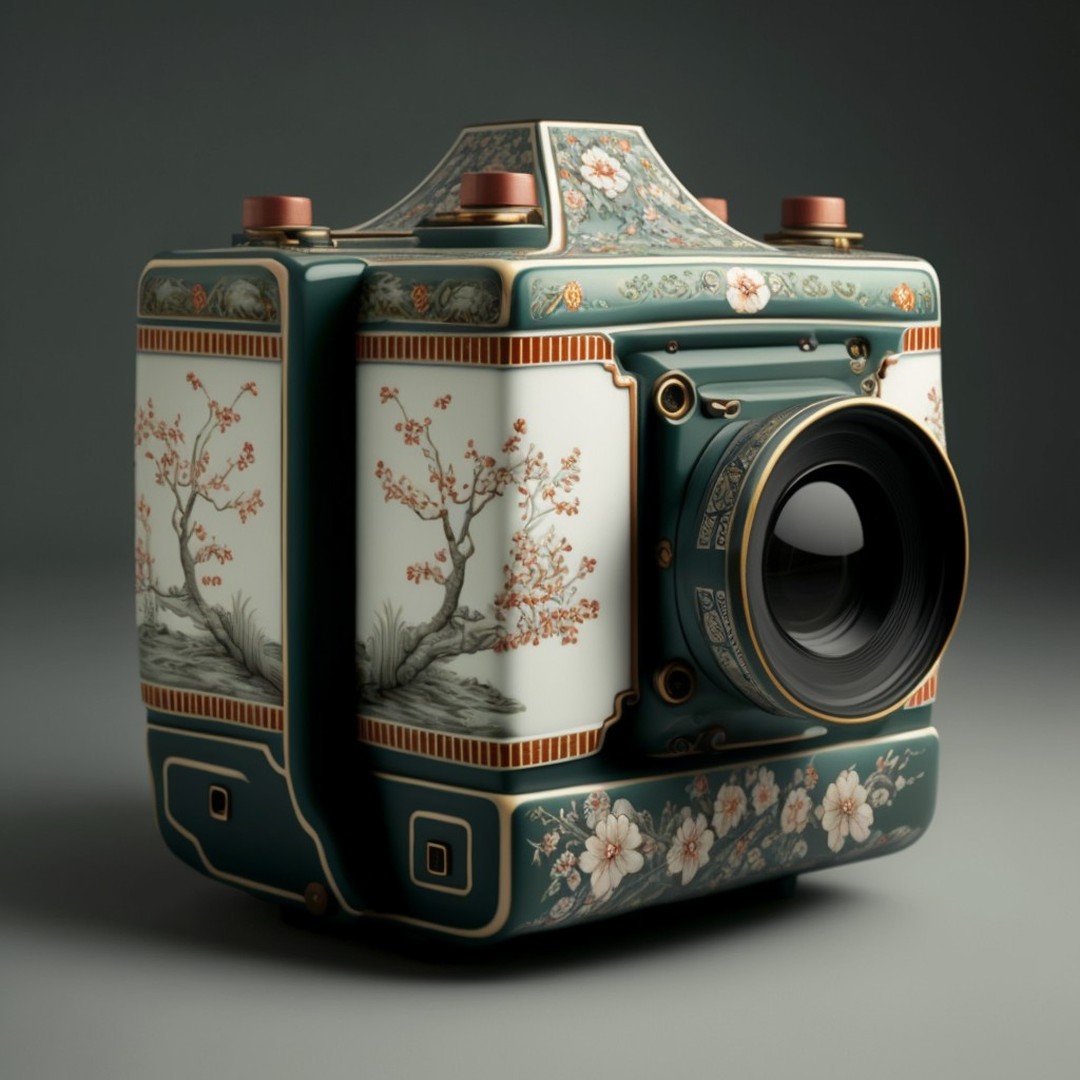 The fictional story continues: “The artisans worked tirelessly to create a masterpiece that would please the Emperor. They carefully crafted each piece of the camera by hand, using the finest kaolin clay and the most delicate of designs. When the camera was finished, it was a thing of beauty. The blue and white porcelain shimmered in the light, and the intricate designs and details were truly breathtaking. 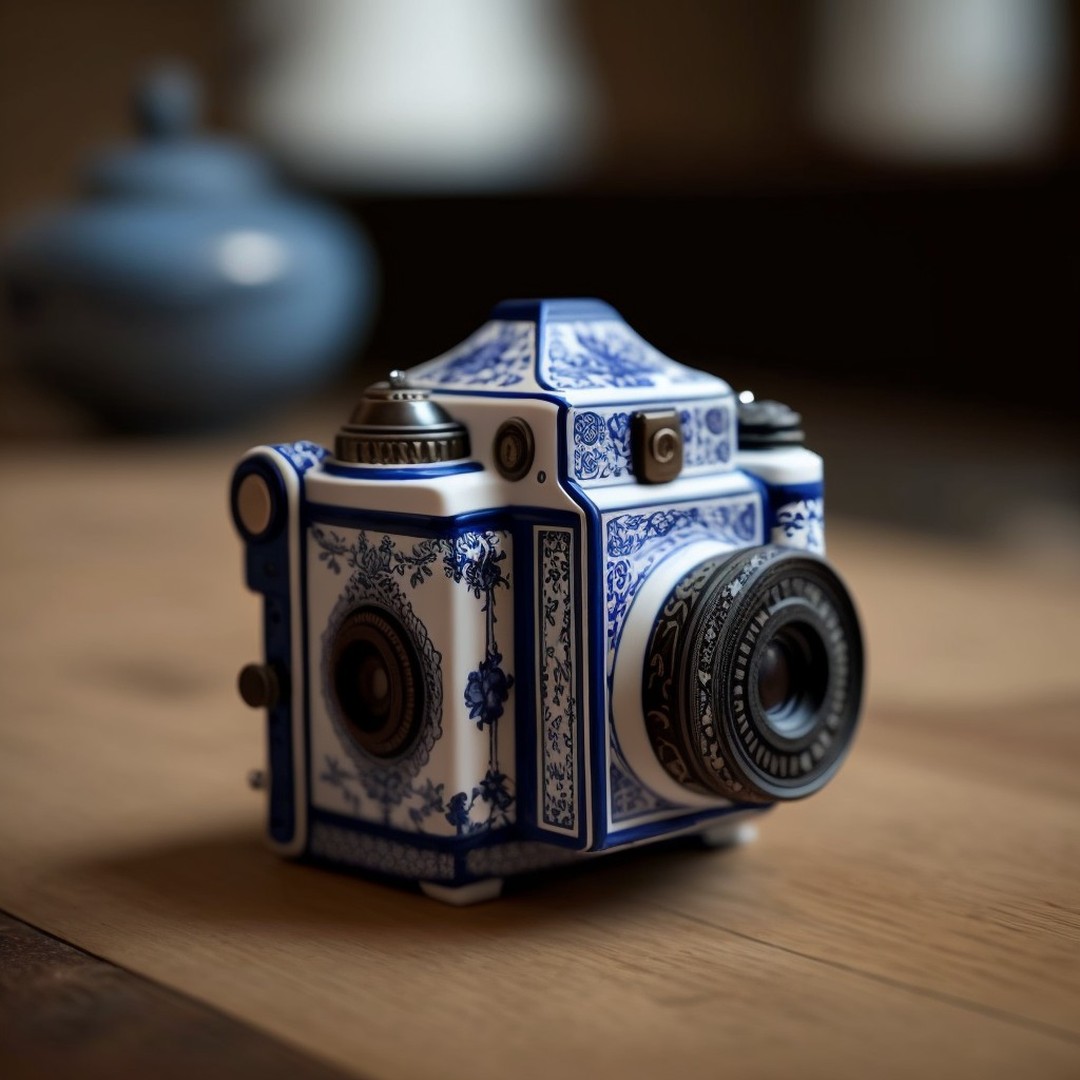 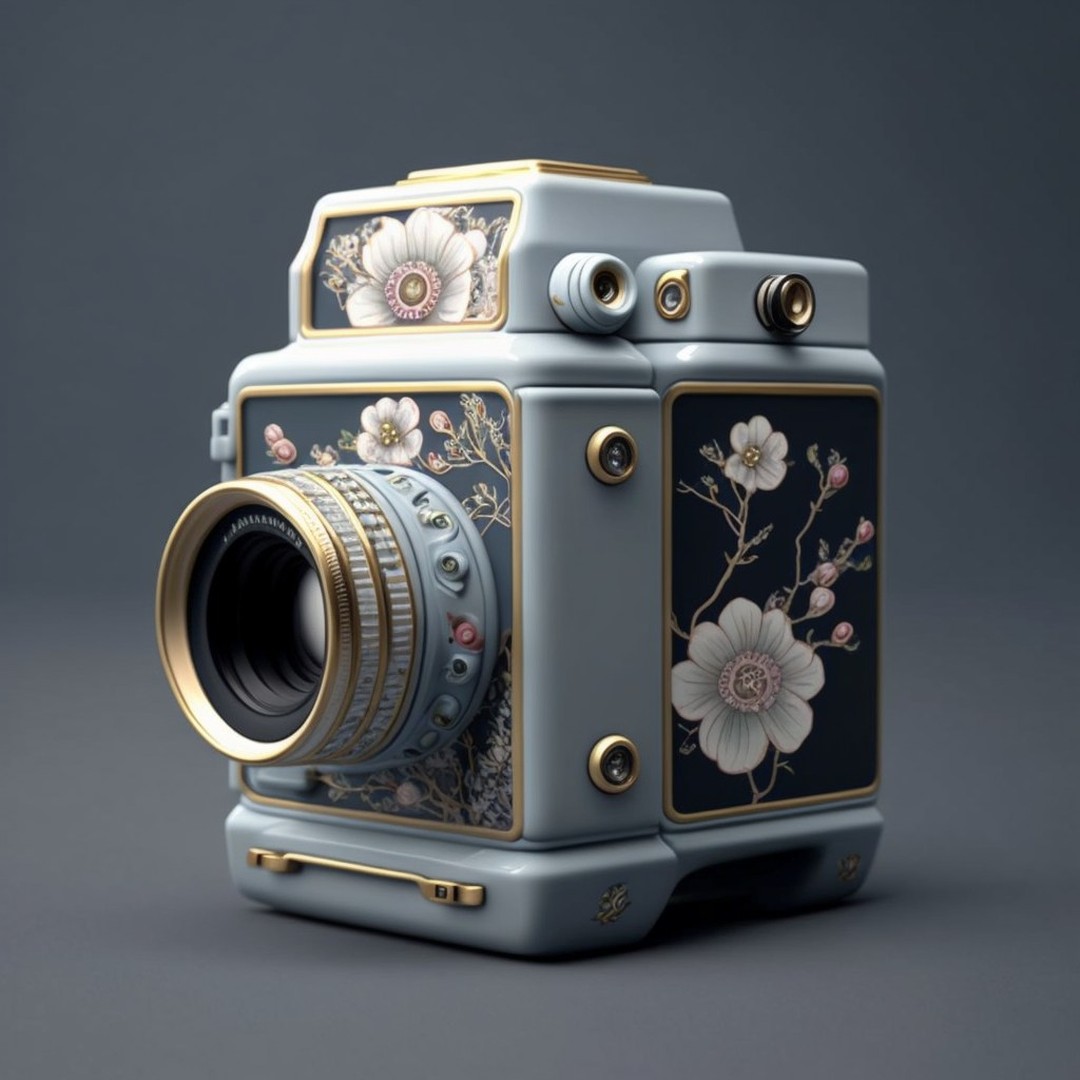 Commenters beneath the post were enchanted with the story. “Very cool,” says one person. “Any chance we can see the photos they took?” Astute observers noted that the Qianlong Emperor died in 1799, roughly 40 years before the first camera was invented. 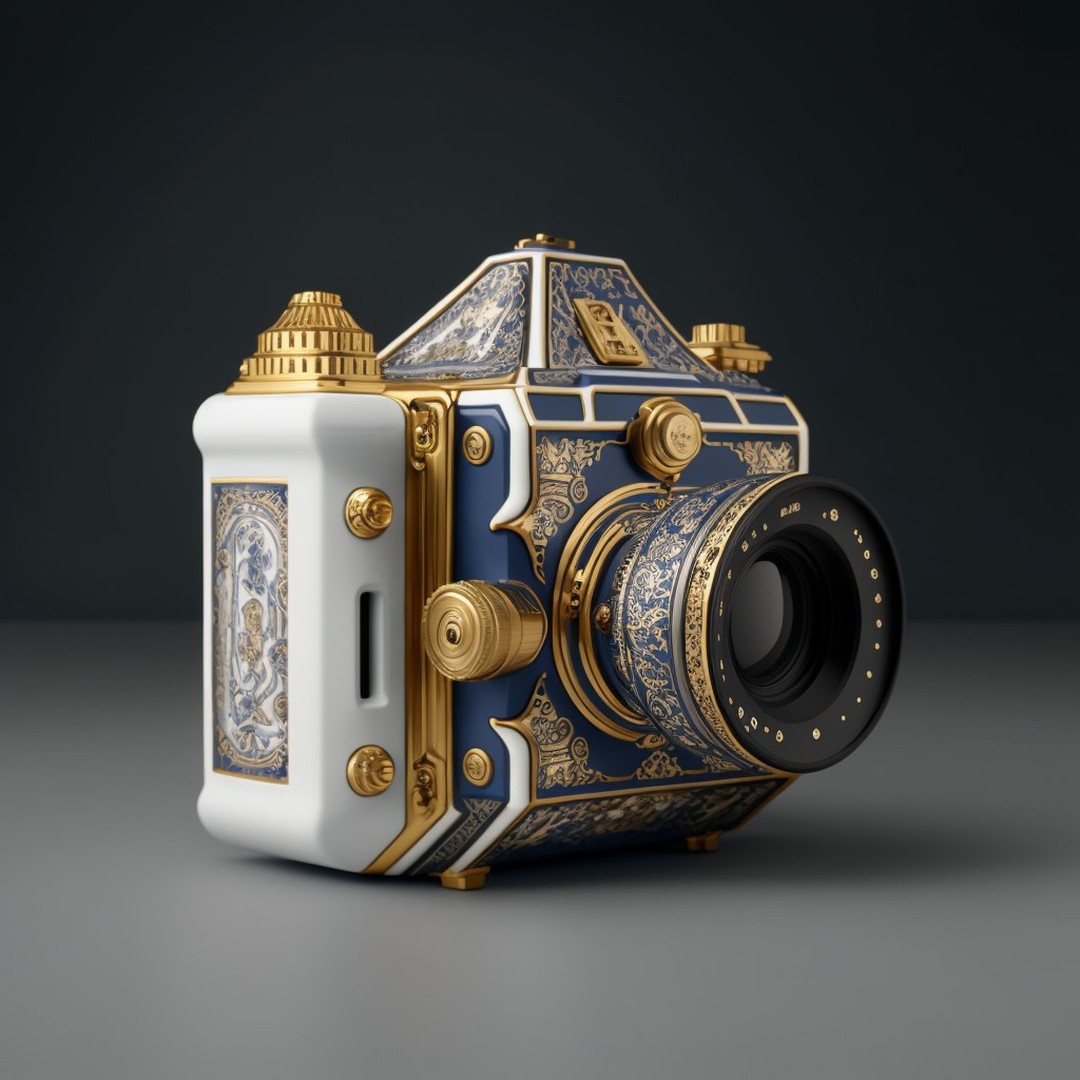 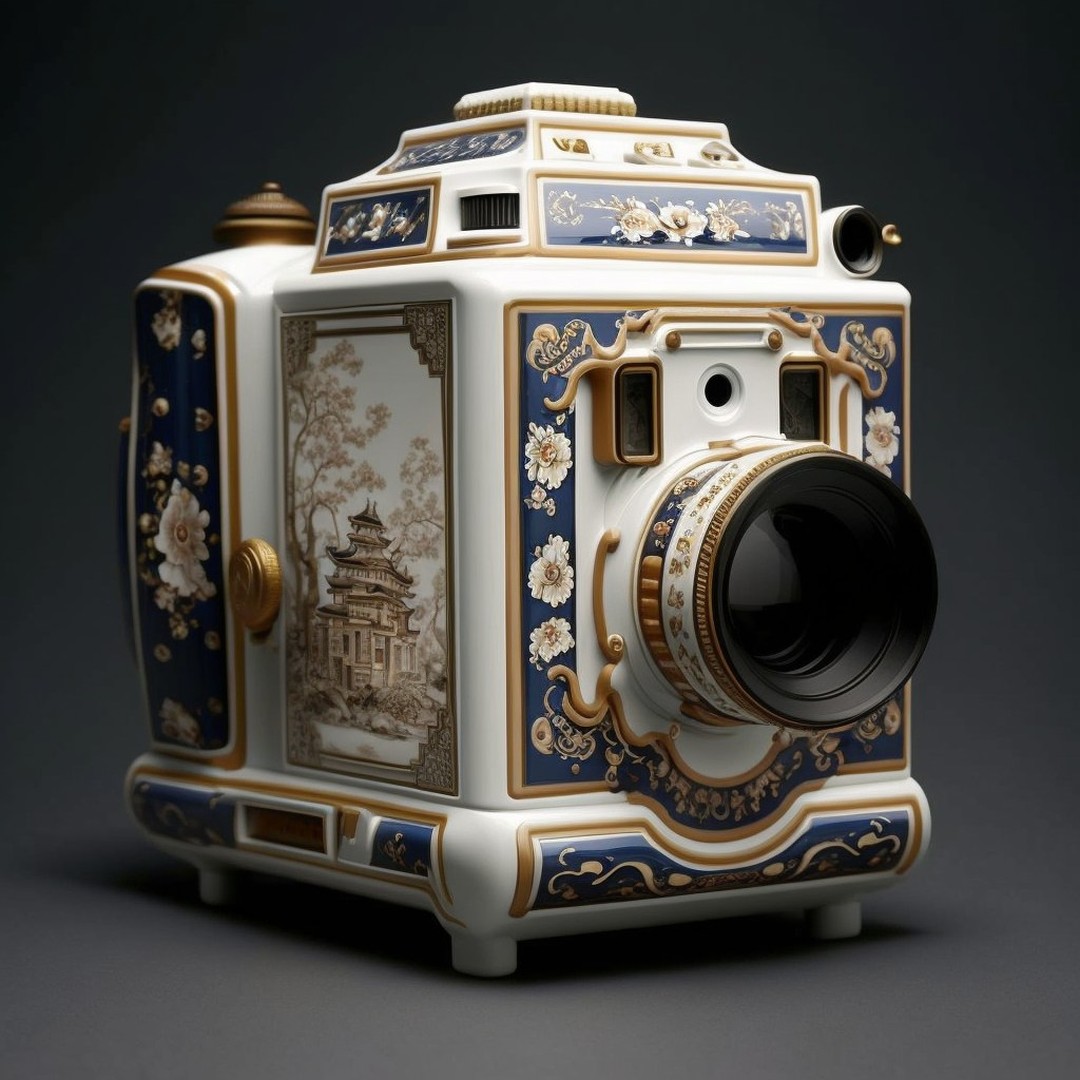 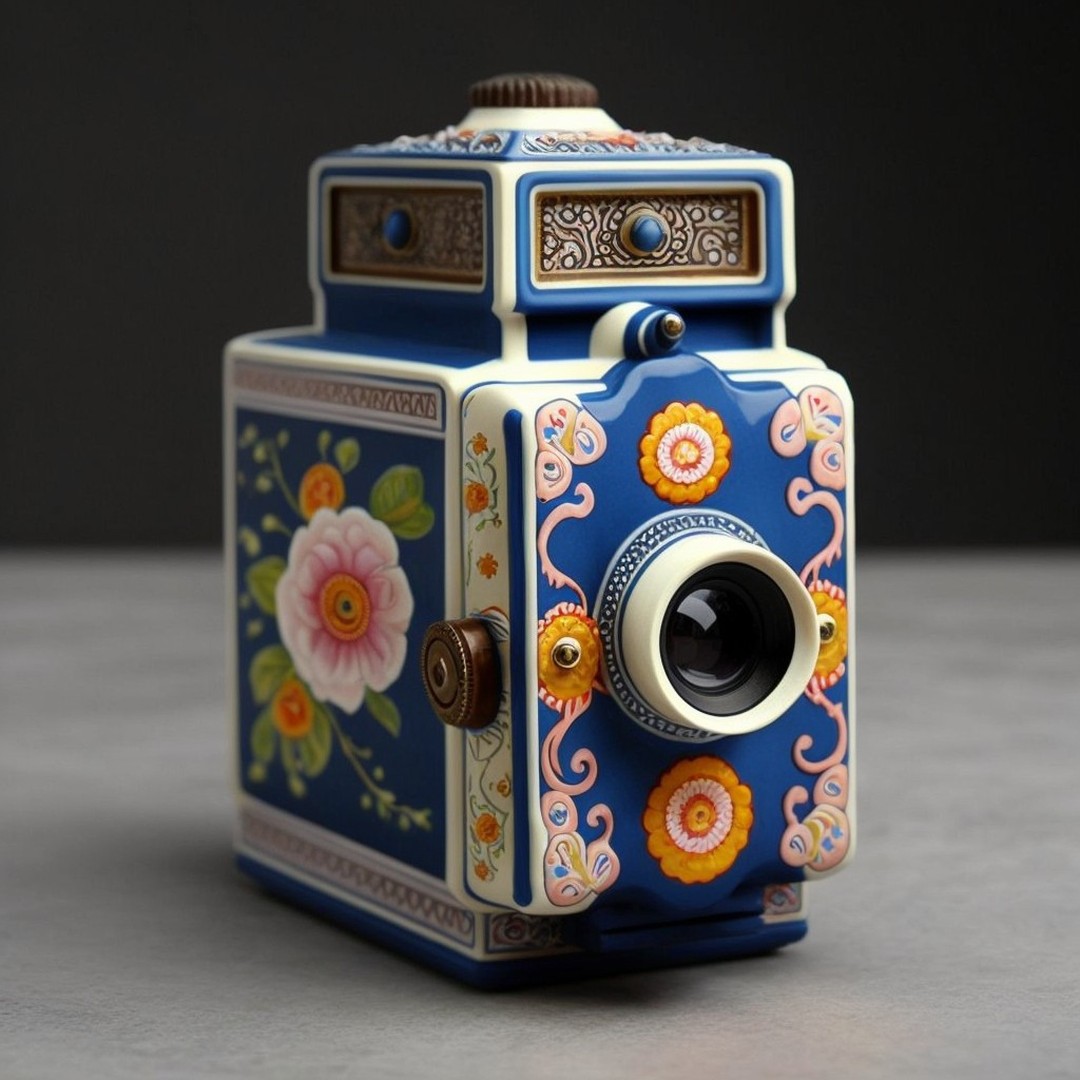 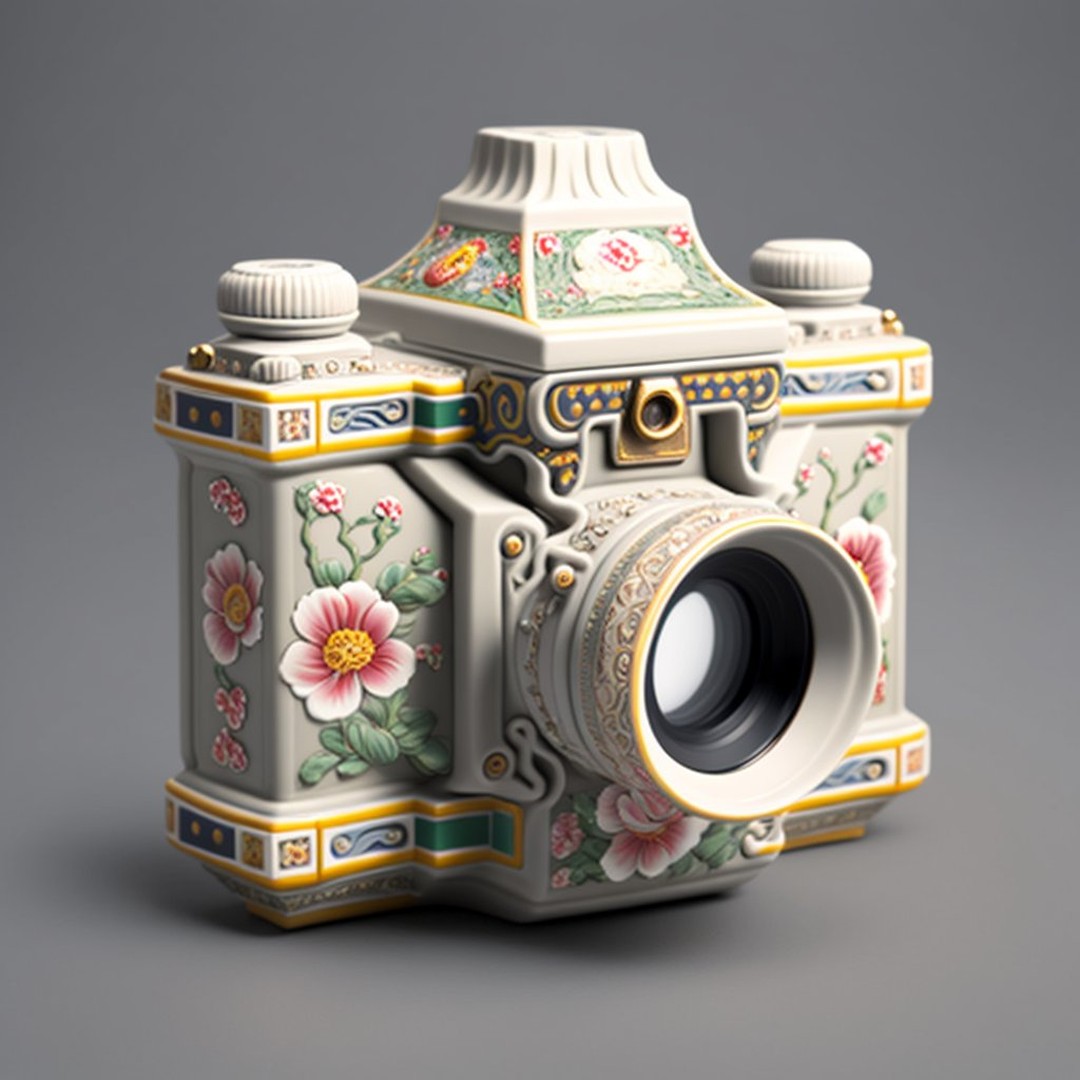 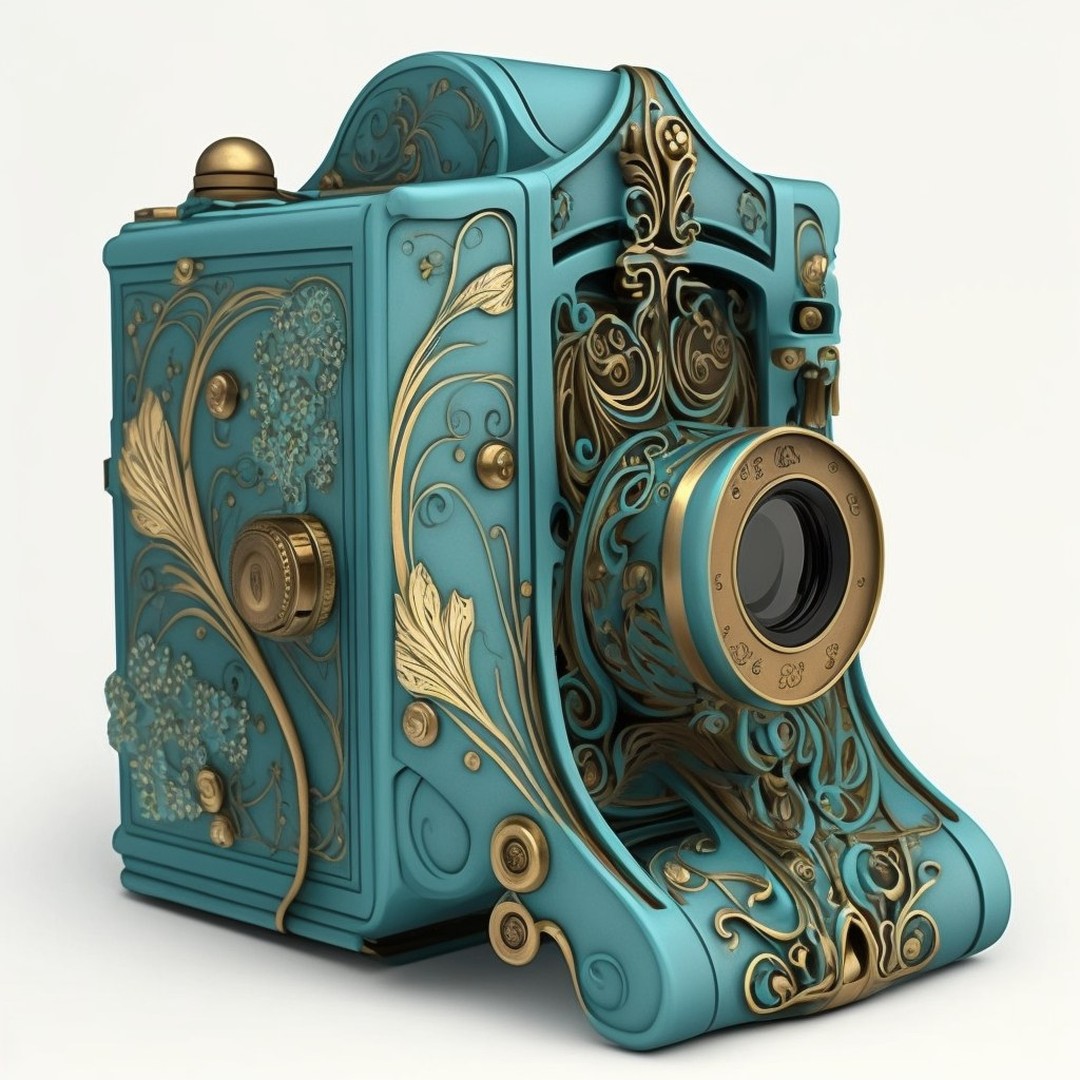 “In 1898, the famous french actress Sarah Bernhardt asked her friend and iconic art nouveau artist Alphonse Mucha to design a series of cameras for her rich photographer friends. Despite his lack of experience in designing cameras, Mucha grabbed this opportunity to create some unique designs, incorporating the flowing lines and organic forms of art nouveau into his creations.” 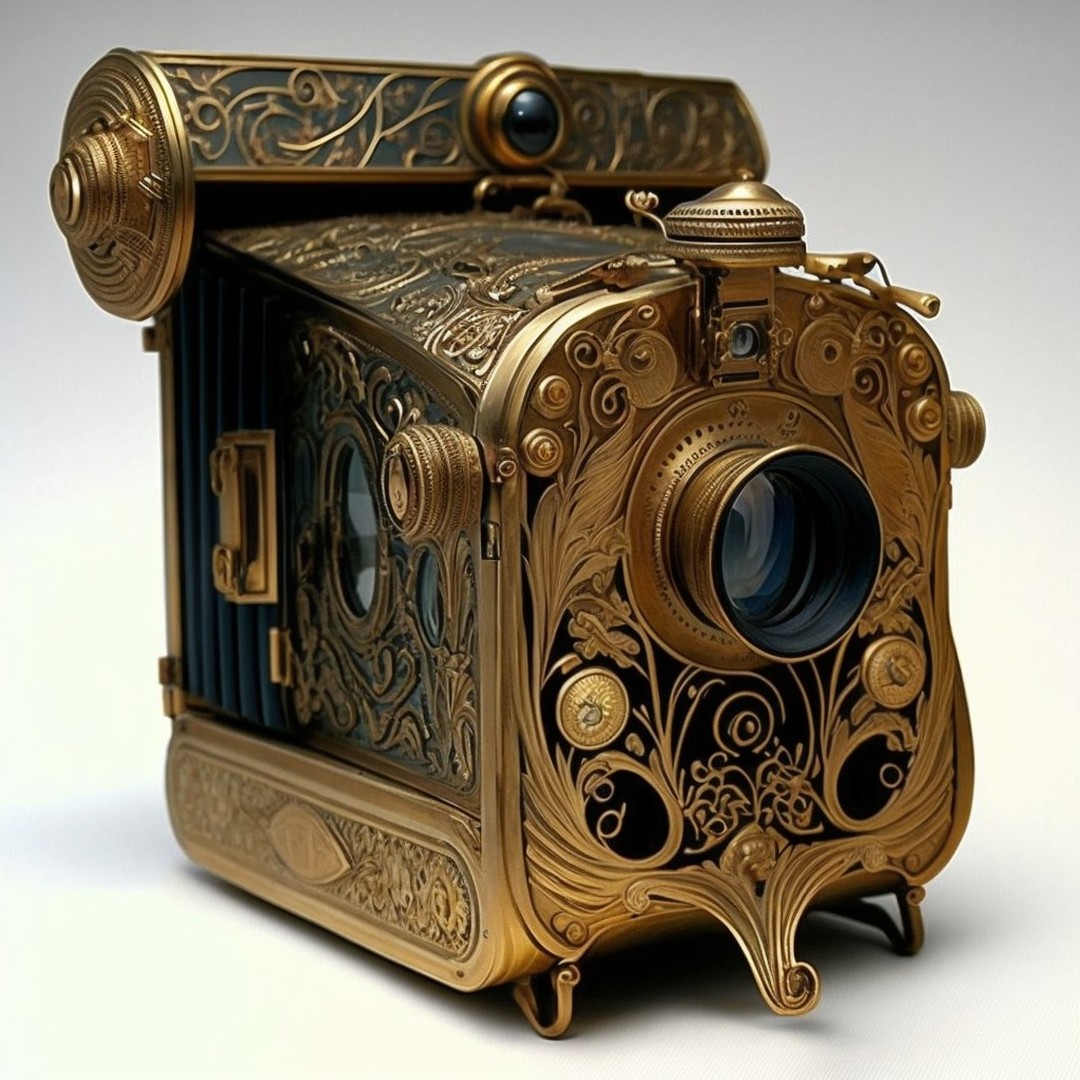 “Mucha’s designs featured brass frames adorned with intricate mother-of-pearl inlays, and the lenses were made from the finest European glass. To his own amazement, “La divine Sarah” loved his work, and asked other artists to create custom art nouveau cameras, such as Hector Guimard and Gustav Klimt.” 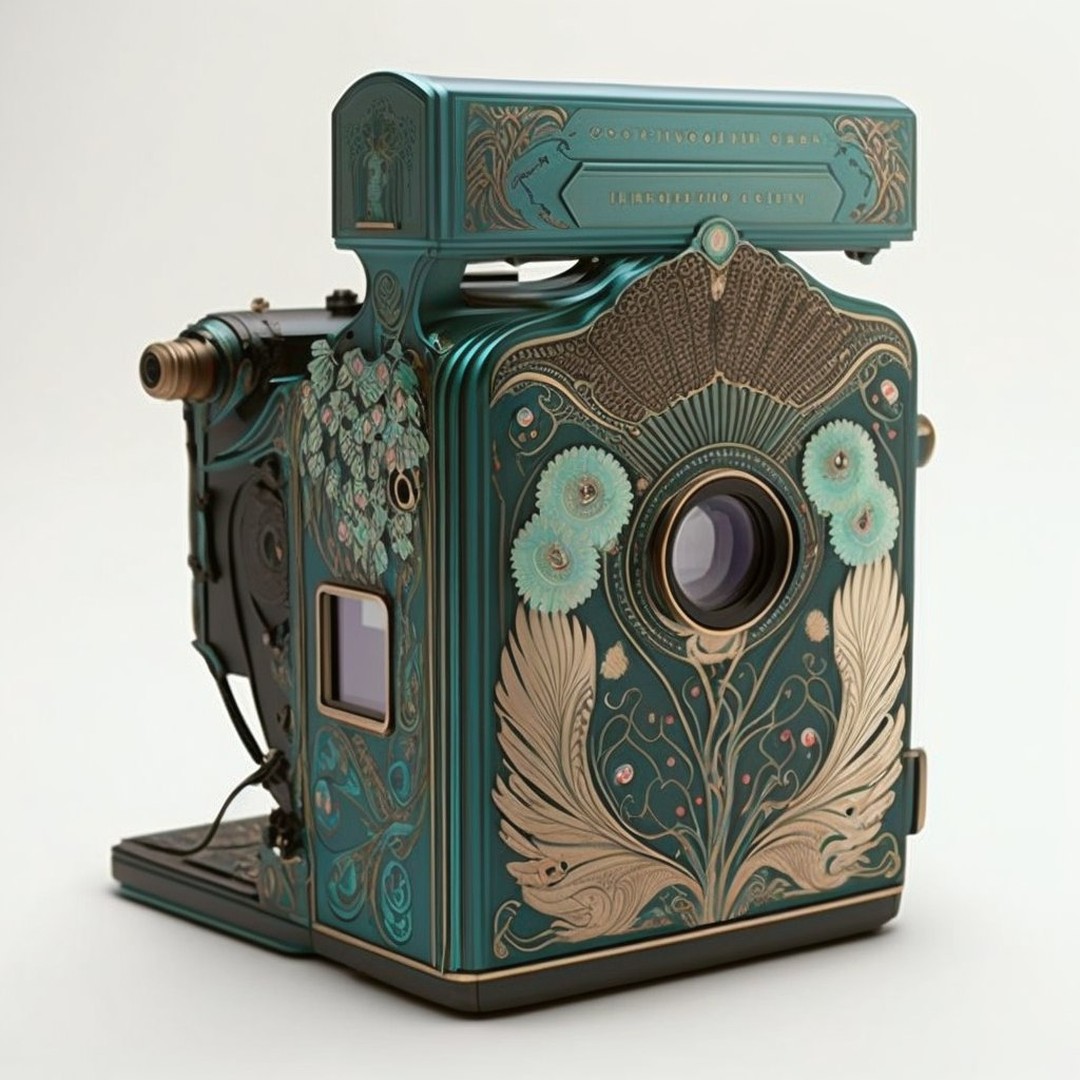 “Although these artists produced smaller amounts of cameras for Sarah and her friends, their designs were equally unique and beautiful. Guimard’s cameras featured elongated, curved frames with geometric patterns, while Klimt’s were adorned with gold leaf and intricate floral motifs.” 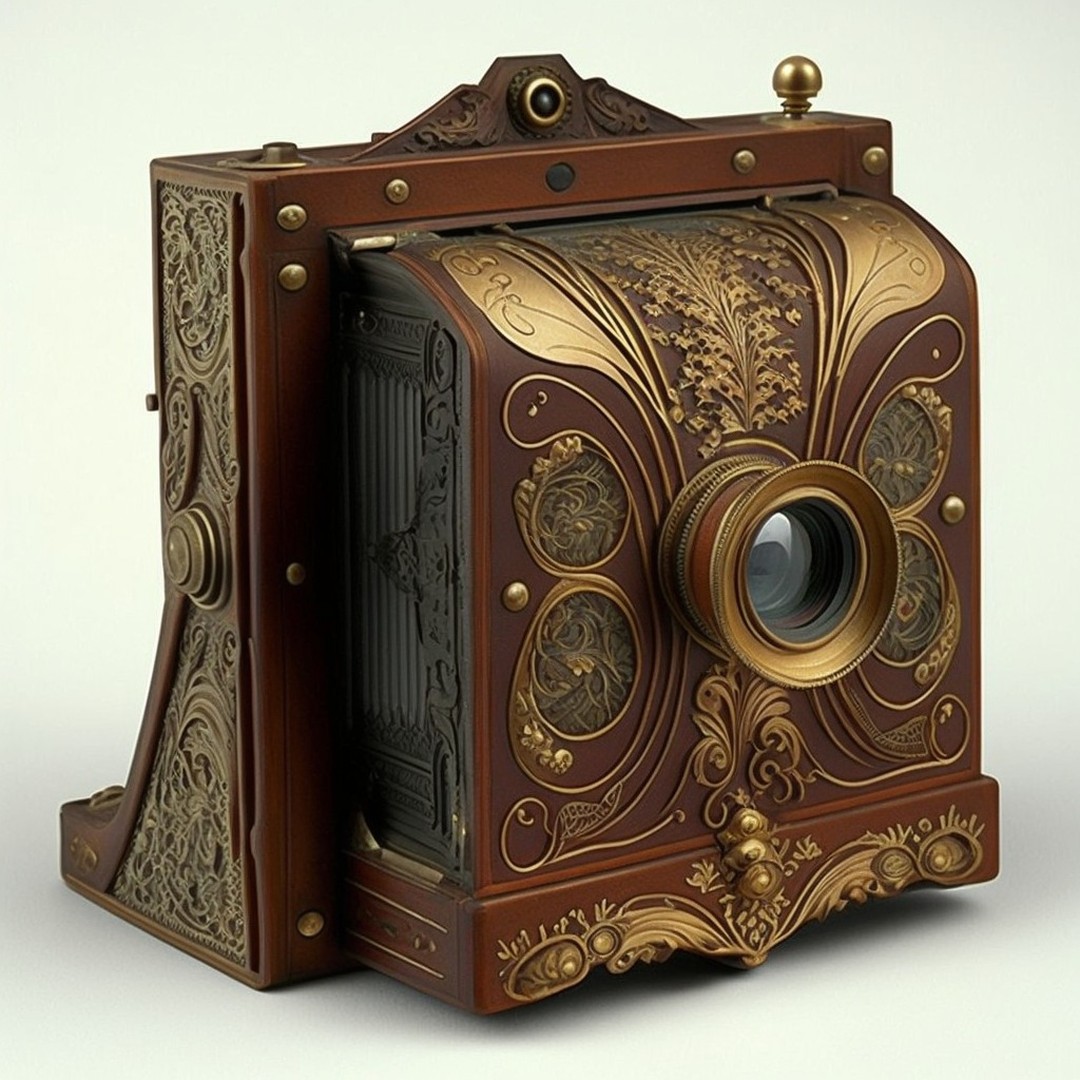 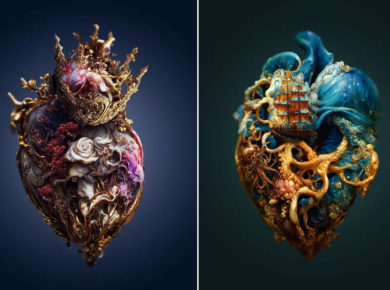 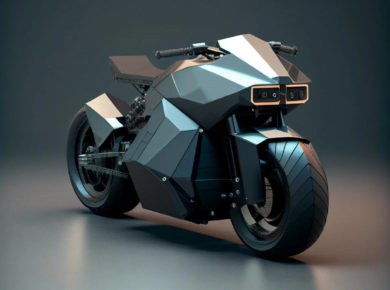 While the Cybertruck is still a conceptual vehicle, let’s take a look a Tesla Cyberbike would look like! These conceptual images were designed primarily using Midjourney’s Text-to-Image AI. After describing…
View Post 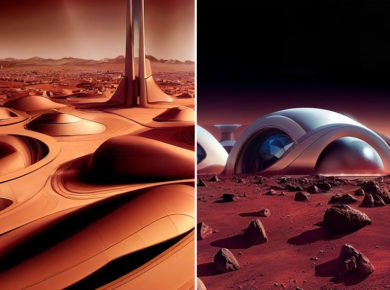 City on Mars by Lenz Architects made with AI

The following images of settlements on Mars were created by Lenz Architects with a help of Artifical Intellegens. “In the next fifty years, humanity will start building base cities on…
View Post 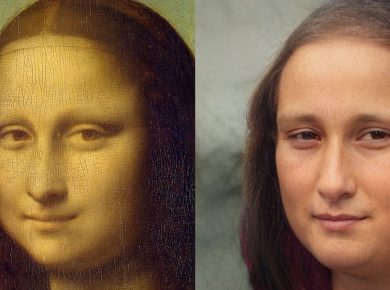 Nathan Shipley is a San Francisco-based graphics artist who used artificial intelligence (AI) to reimagine a handful of historical figures and famous paintings as modern-day people. The artist loves to…
View Post 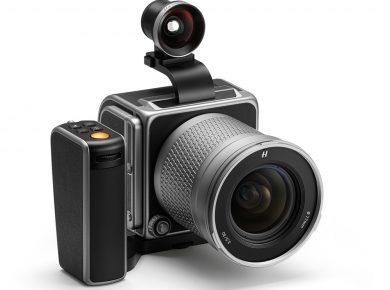 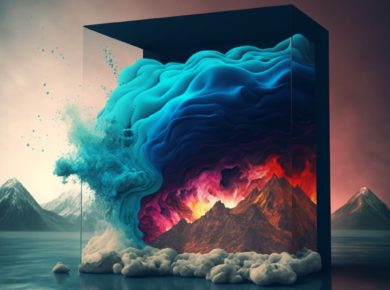 Artificial intelligence has firmly established itself in our reality. And the object generated by it, although becoming familiar, is still surprising. Like Mathieu Stern’s AI-Generated Porcelain Cameras or Mersmerizing AI…
View Post