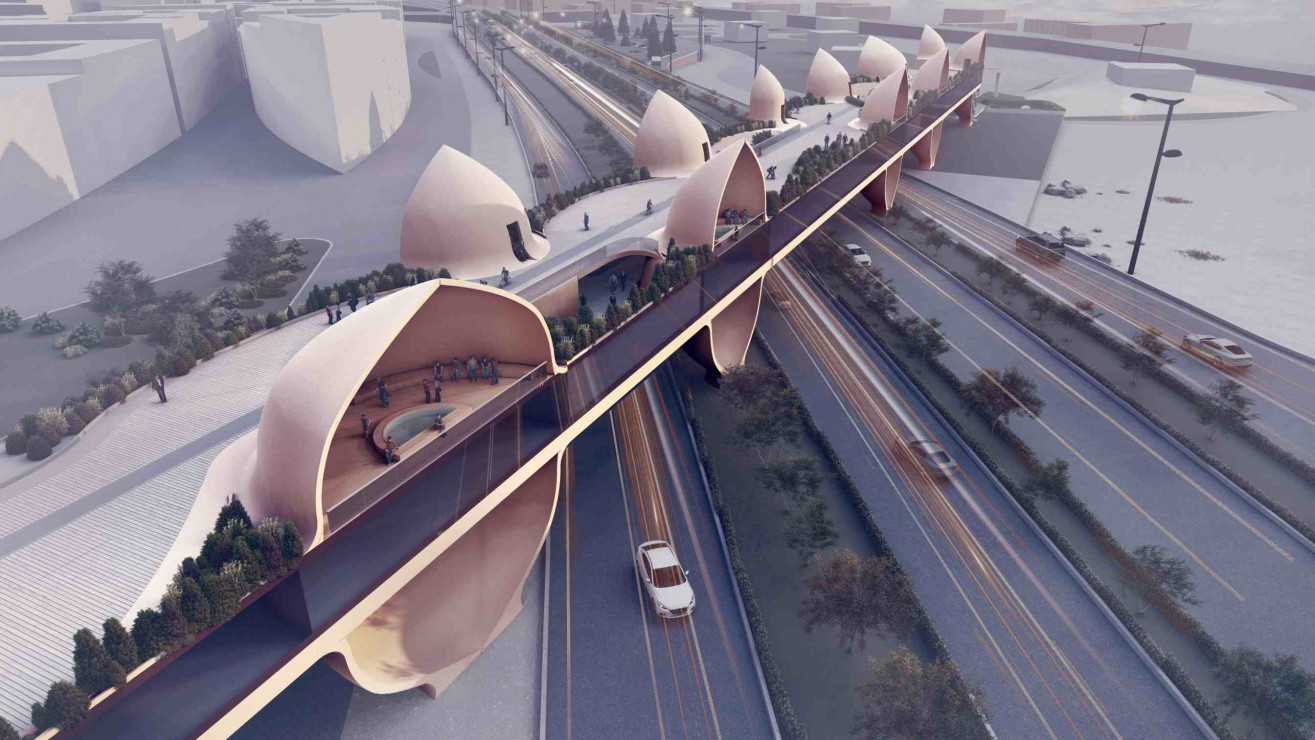 Kalbod Studio Design created a concept of Knowledge Bridge in Isfahan University of Technology. “In designing the bridge, we have tried to use not only the Iranian people but also the international level, considering the historical bridges of Isfahan province, especially the Khajoo bridge, which spoke as a symbol of culture and technology between Isfahan bridges. It also has different functions and flexibility of the bridge with climatic and user conditions, which is one of the goals of this project. As a result, the project design process proceeds in such a way that it is a bridge between technology and modernity and the tradition of the region, both in terms of functional structure, structure and form. ”

“According to the surveys conducted in the bridges of Isfahan province, the communication routes have not only been a passageway for pedestrians, but also have pauses, gatherings and occasional views, as well as people spending their free time. Thirty-three bridges had three pauses at the beginning and end of the bridge called Saqakhaneh and in the middle of the bridge with the title of Manzar Gahi (Shahneshin Room).” 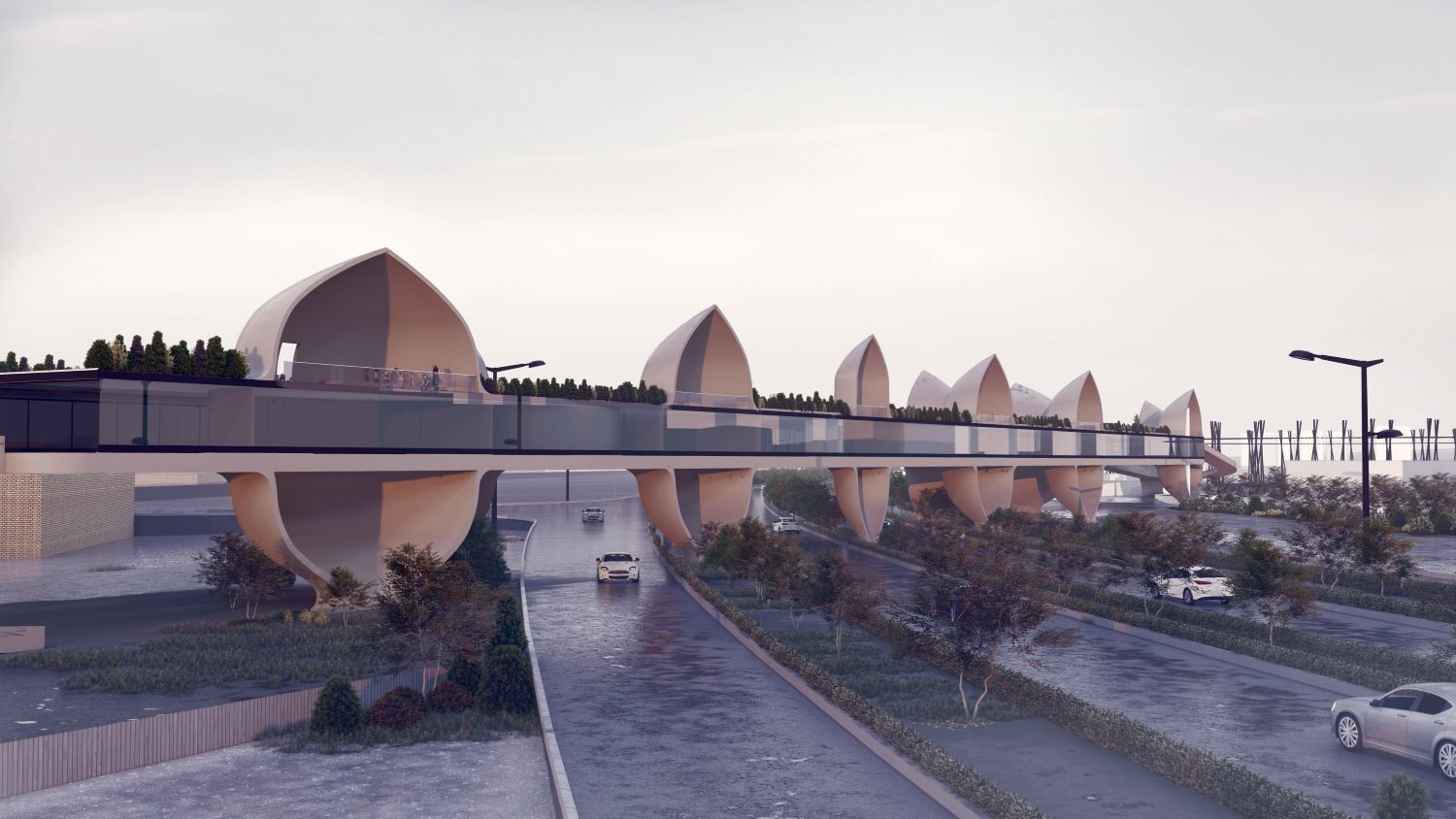 “In the architecture of the bridges, symbols and arches such as gable arches and song arches have been used, which were structurally correct.” 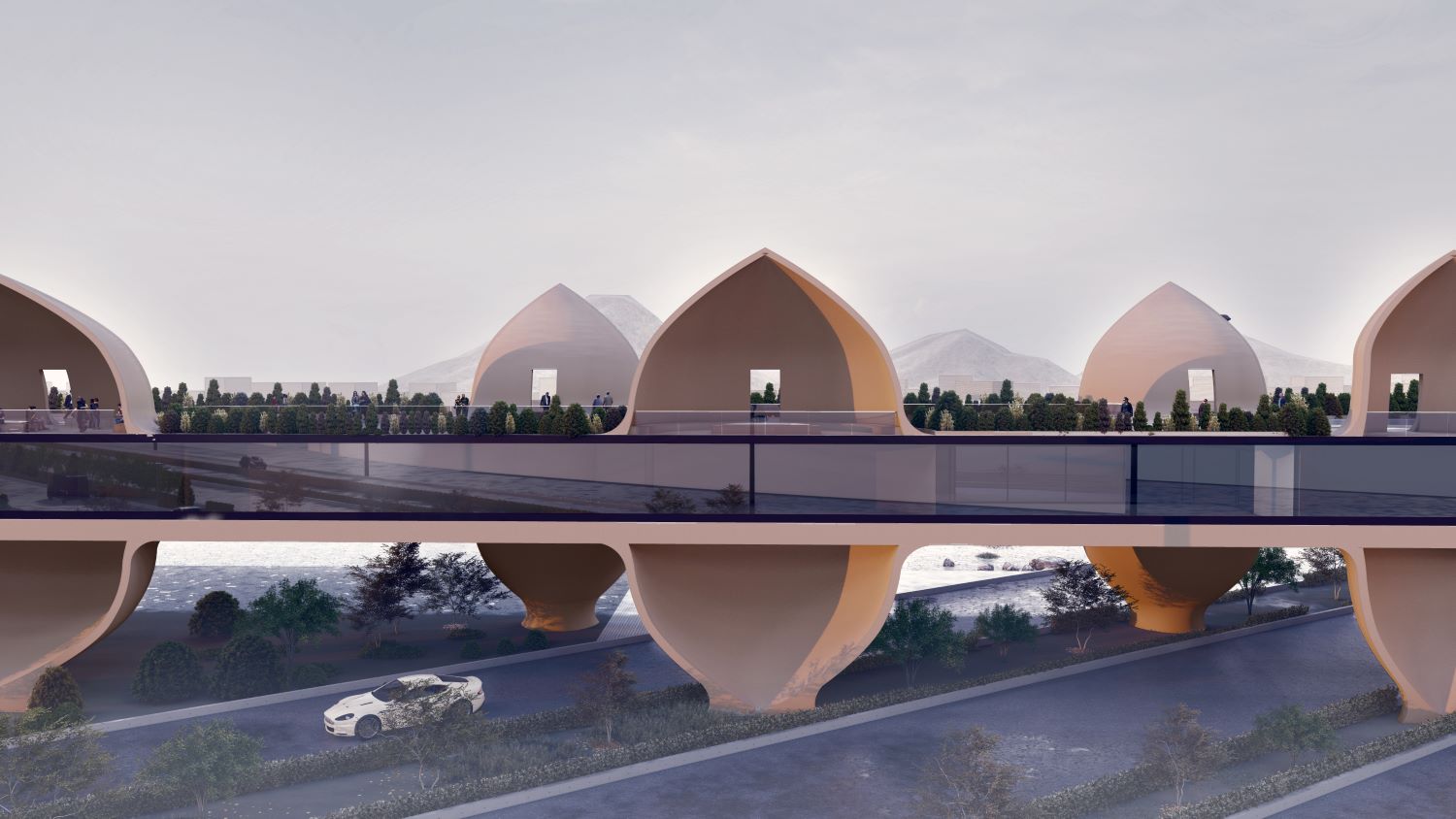 “By examining and analyzing the historical bridges of Isfahan, we almost reach a common principle; the movement and pause routes are considered with a correct rhythm and appropriate to the user’s needs during the use of the bridge. Now, considering the historical profiles of Isfahan and Khomeini Shahr, we reach a pattern that corresponds to the correct form and function in terms of geometry and is also in line with the perspective of these two cities.” 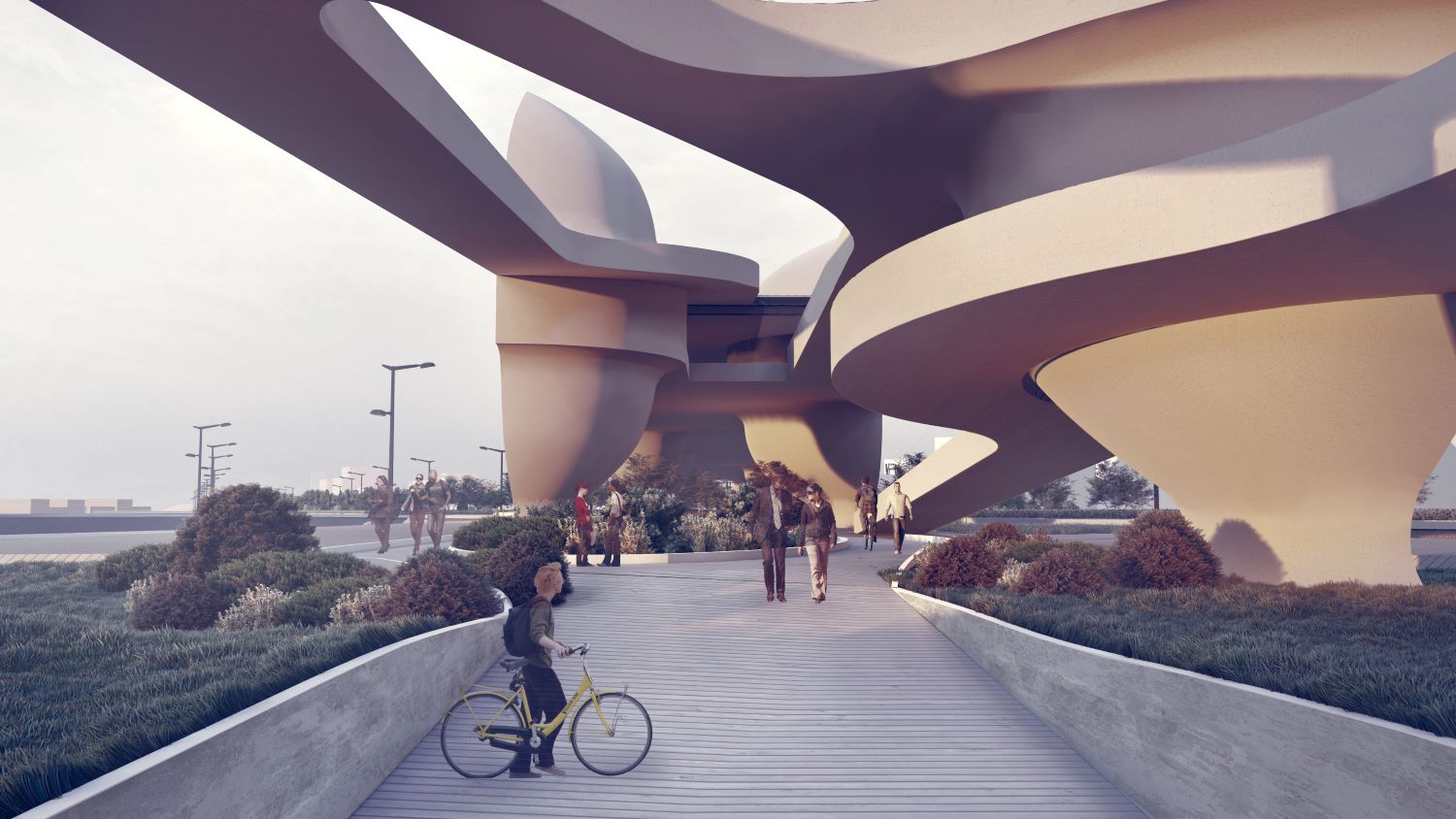 “In the design of the bridges, reflective symmetry has been used in such a way that by reflecting the view of the bridge on the water surface of Zayandehrood river, a complete pattern has been created, which has evolved in the inner covering surface of Sheikh Lotfollah dome.In the project, by considering various sections that are repeated along the bridge, an attempt has been made to design maximum dynamic and flexible spaces so that the user, in addition to using exhibition spaces at different times, uses various spaces such as central courtyards, cafes and Restaurant and … enjoyThese central courtyards are designed with the aim that the exhibition needs spaces in crowded times that can accommodate a population and be used by users with different quality from the exhibitions and are located in a way that faces the entrance. And bridge outlets.” 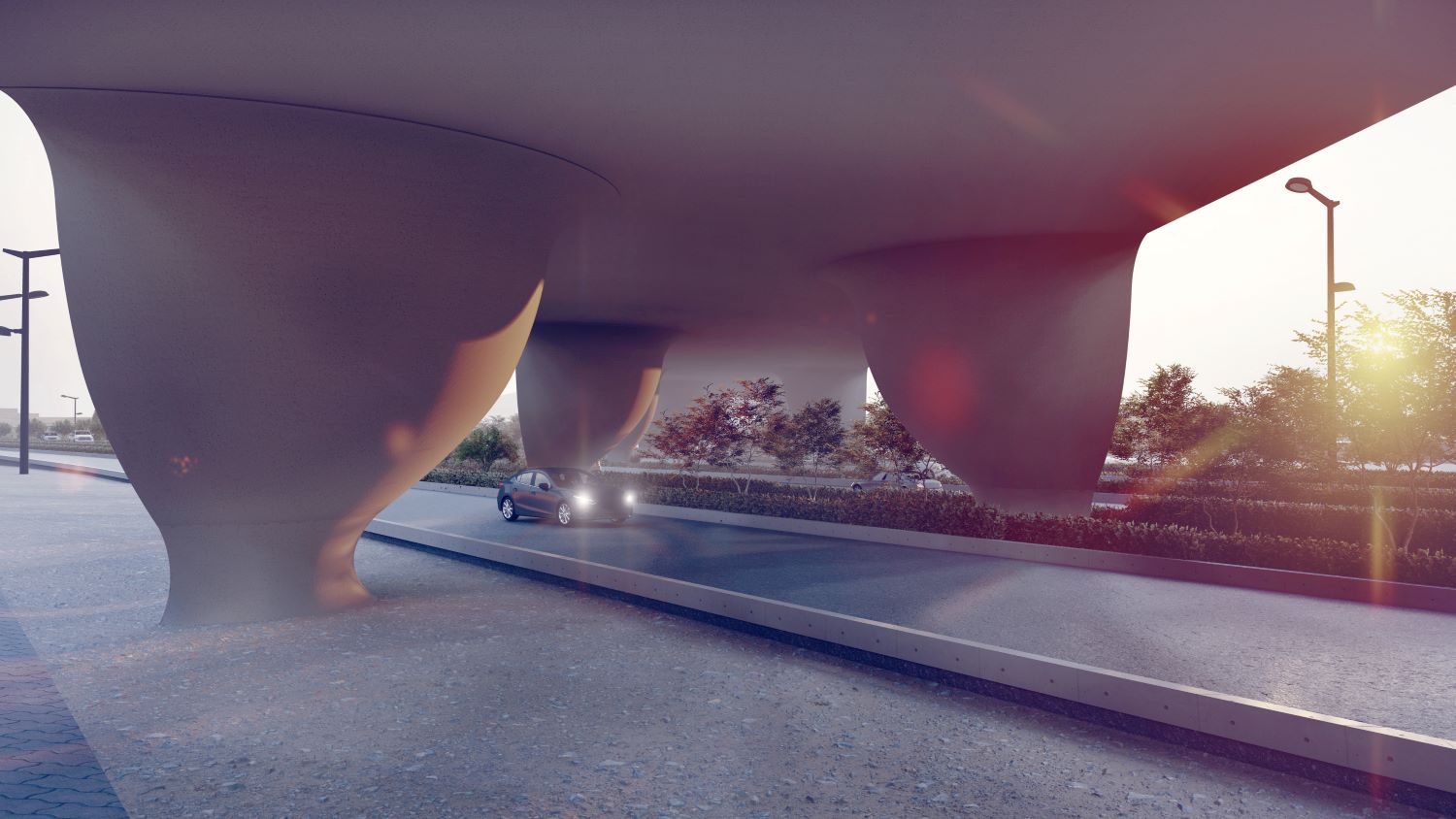 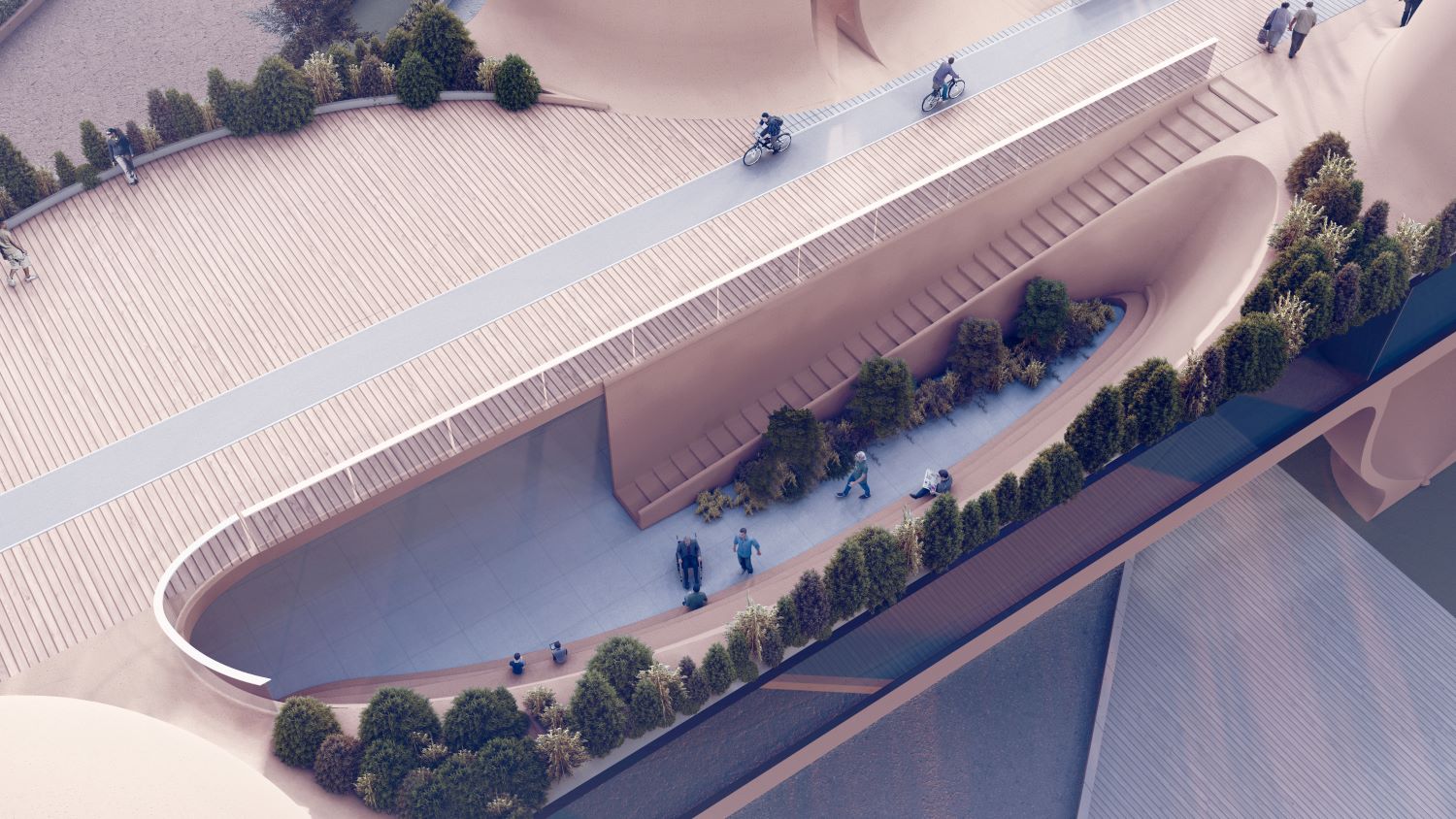 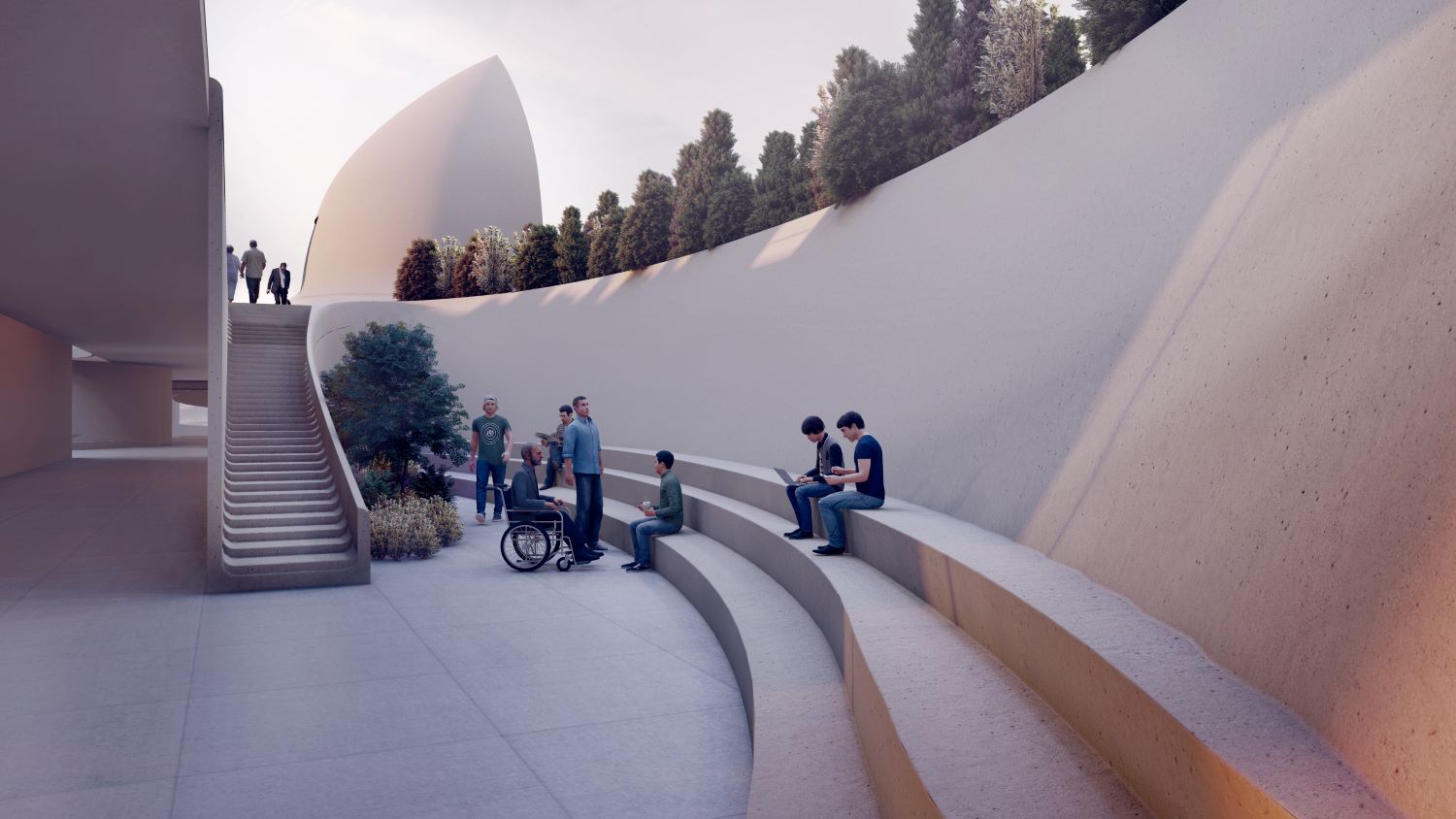 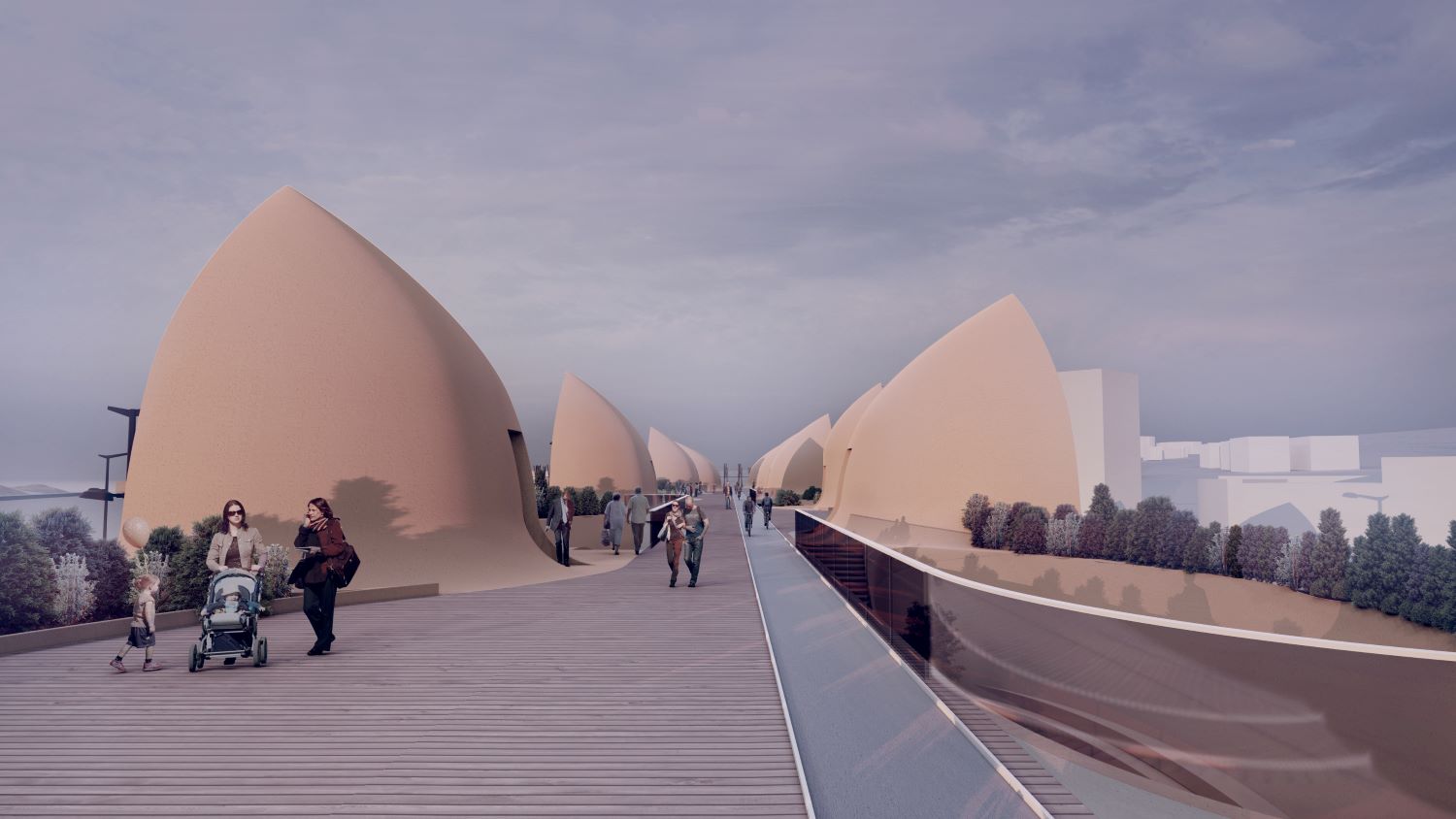 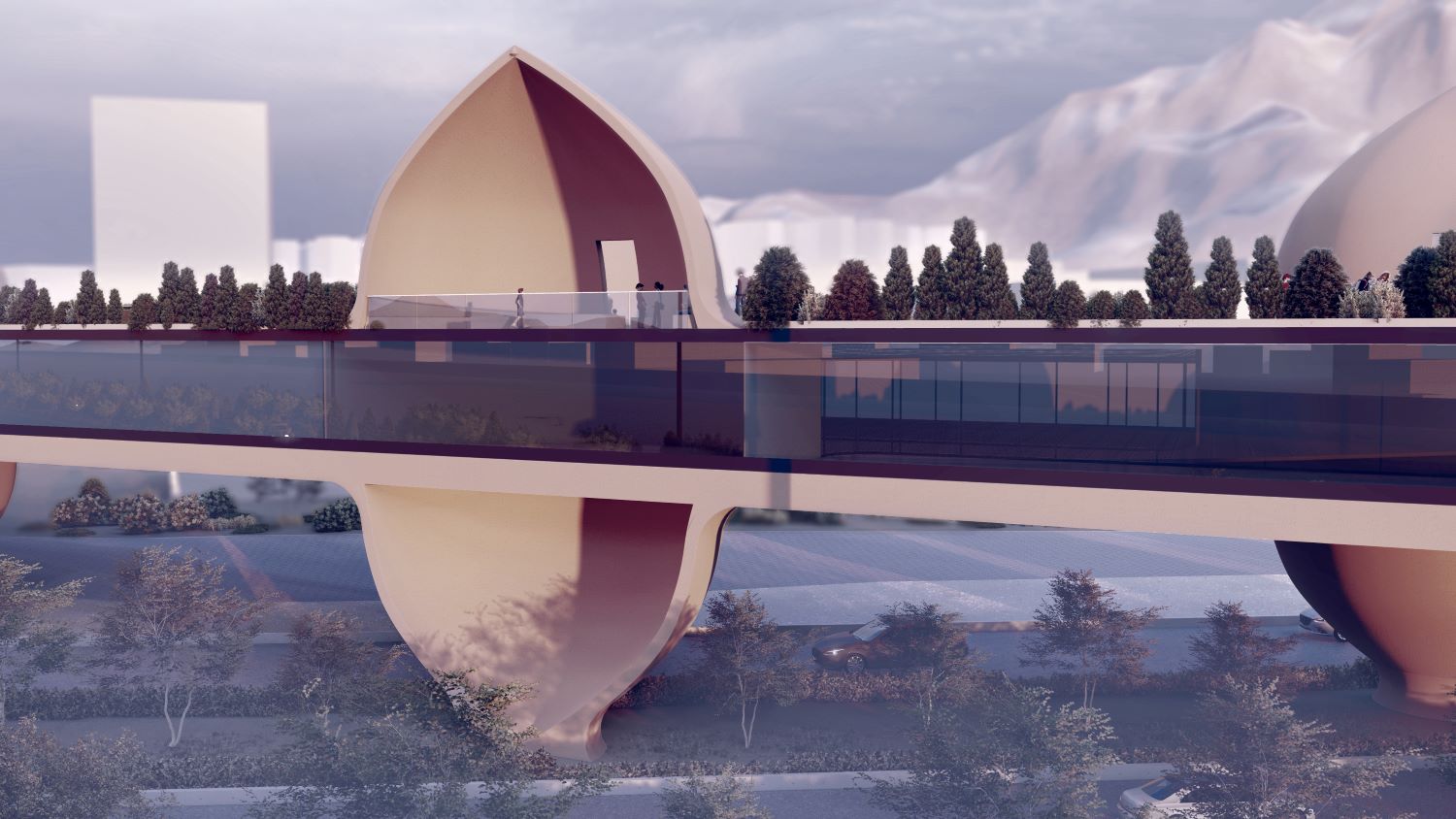 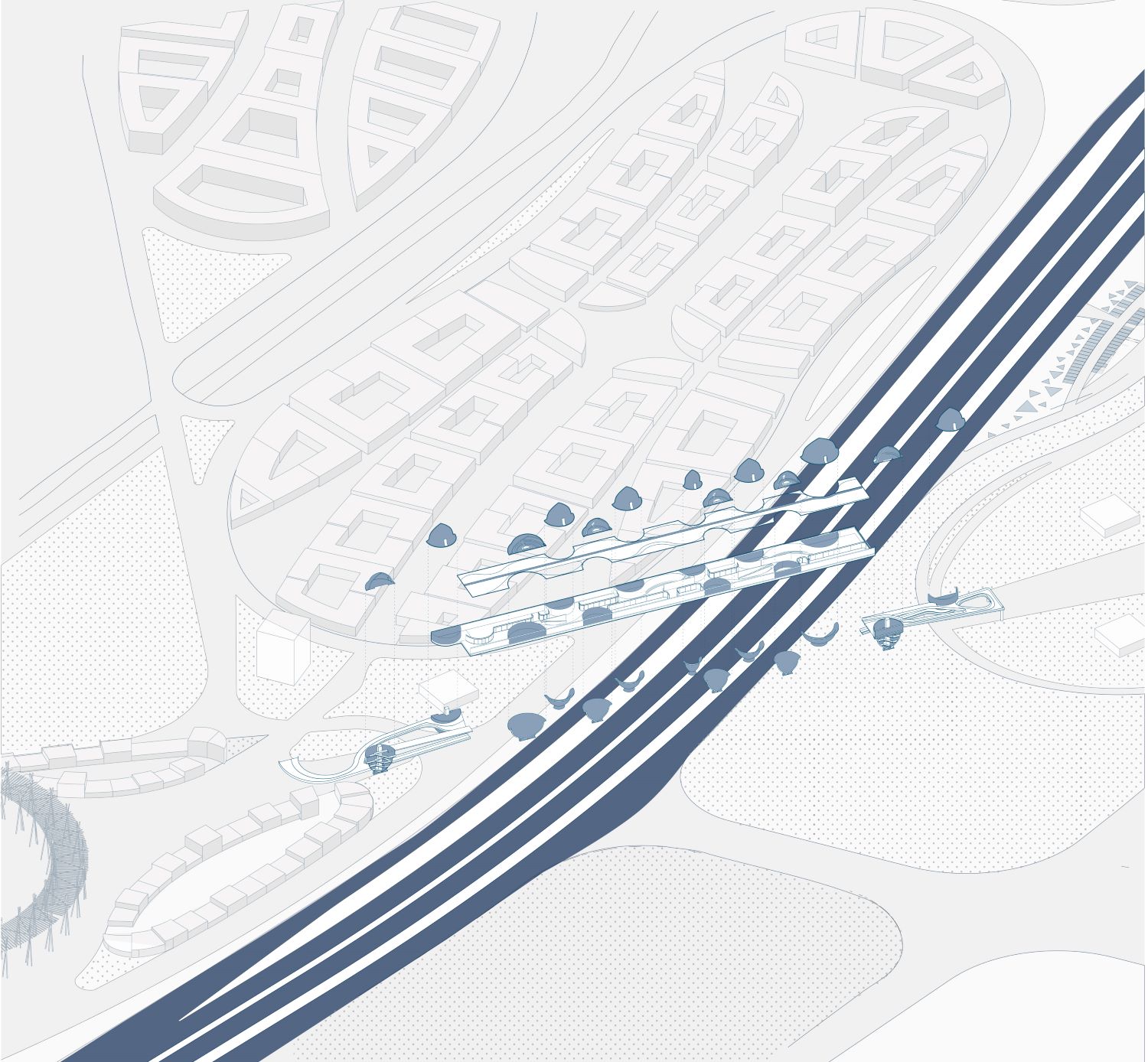 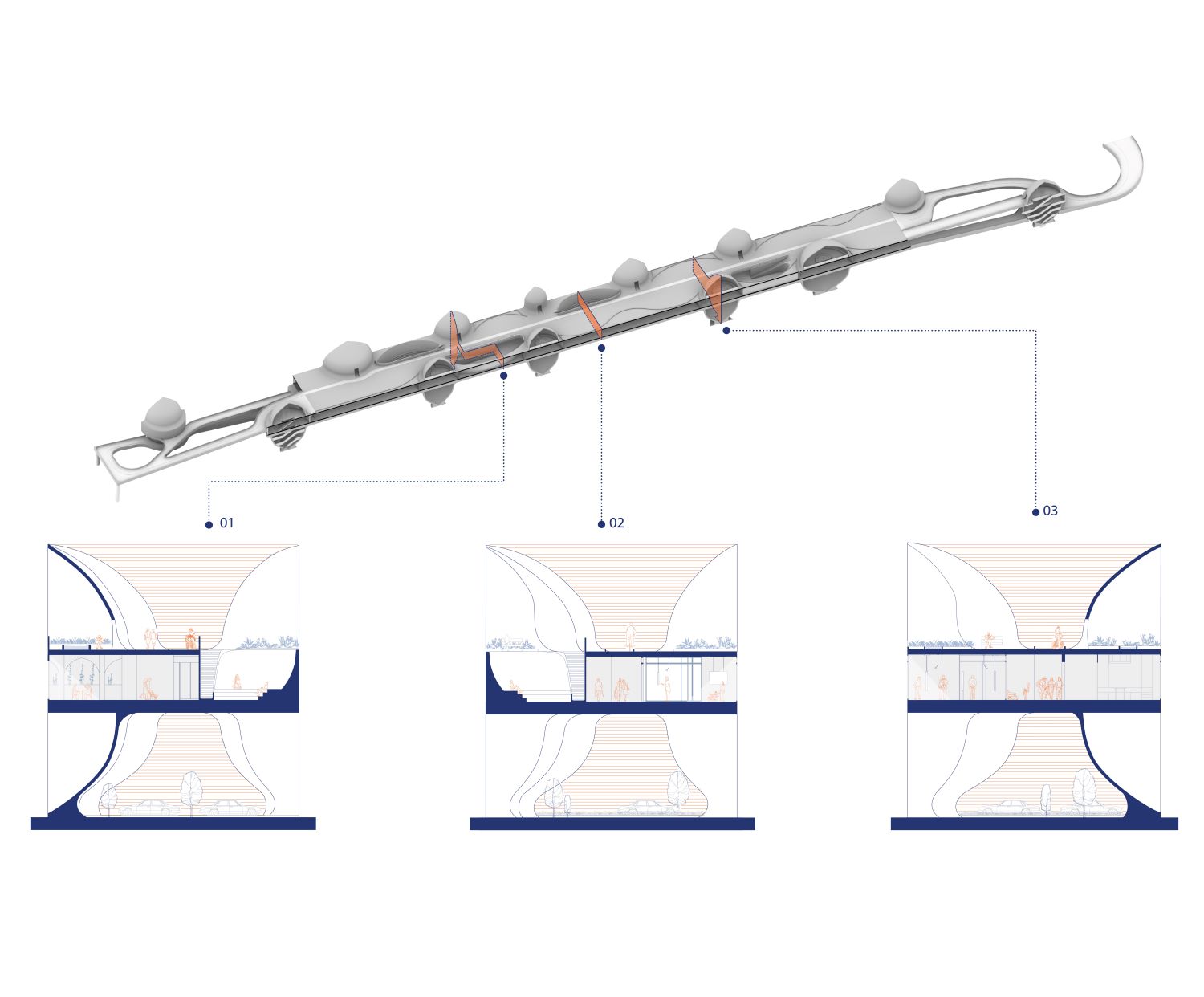 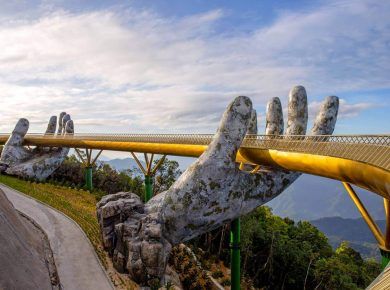 A bridge located above Da Nang’s Ba zna hills, in Vietnam, has attracted a lot of attention for its two giant hands which seemingly lift the structure into the sky.…
View Post