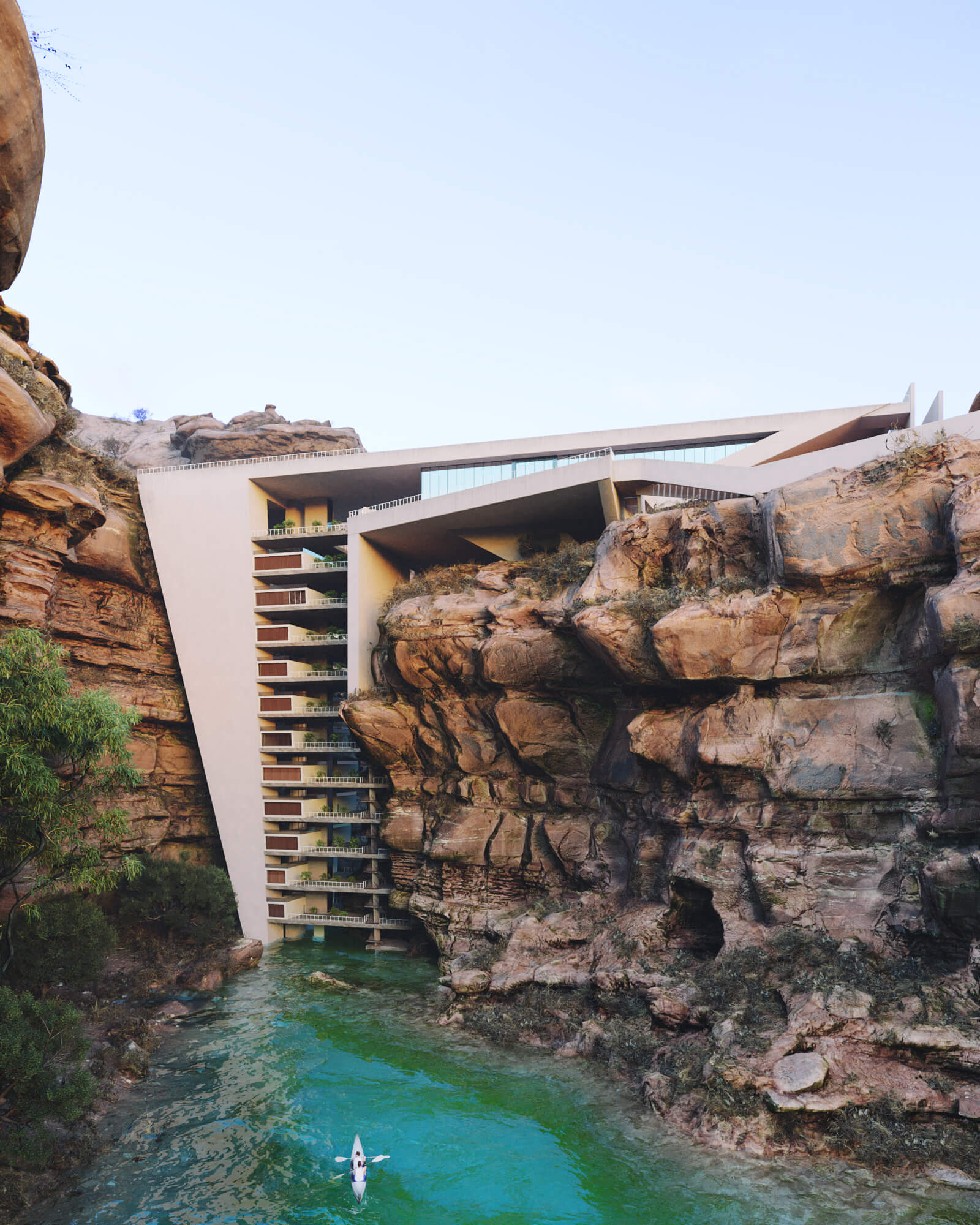 Amirhossein Nourbakhsh envisions “Valley Residential Bridge” filling the gap among the rocky cliffs in British Columbia, Canada. In an attempt to build with the least damage to the surrounding nature, the architects formed the main spaces under the bridge, taking advantage of the available area in between the rocks. “The design concept was formed based on the form of available land and surrounding rocks. In addition, the main idea for usage of the bridge that is between two sides of the site is the residential.  Since we wanted to build our project with the least damage to the surrounding nature, the main spaces were formed under the bridge.” 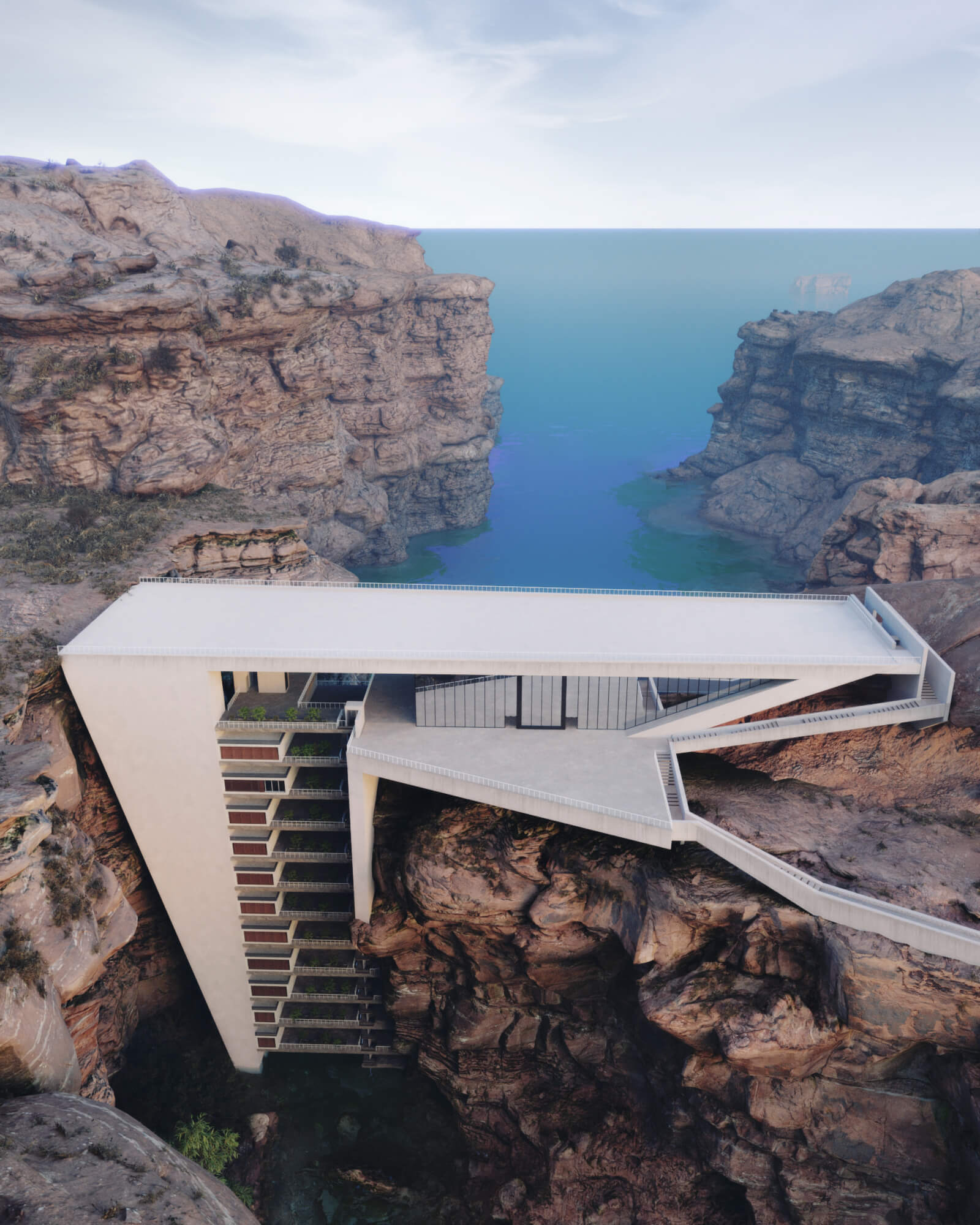 The project divides into three main levels according to the needs of the employer. Level 1: bridge connects both sides of the site and structure of the building originates from it. Level 2: The second level is sportive space which is located at a higher level. Level 3: The third level is the residential space that connects the sportive spaces at the bottom of the valley to the sportive spaces at the top. This level has a good view for the residential space. And don’t forget to check 10 most spectacular cliff top houses. 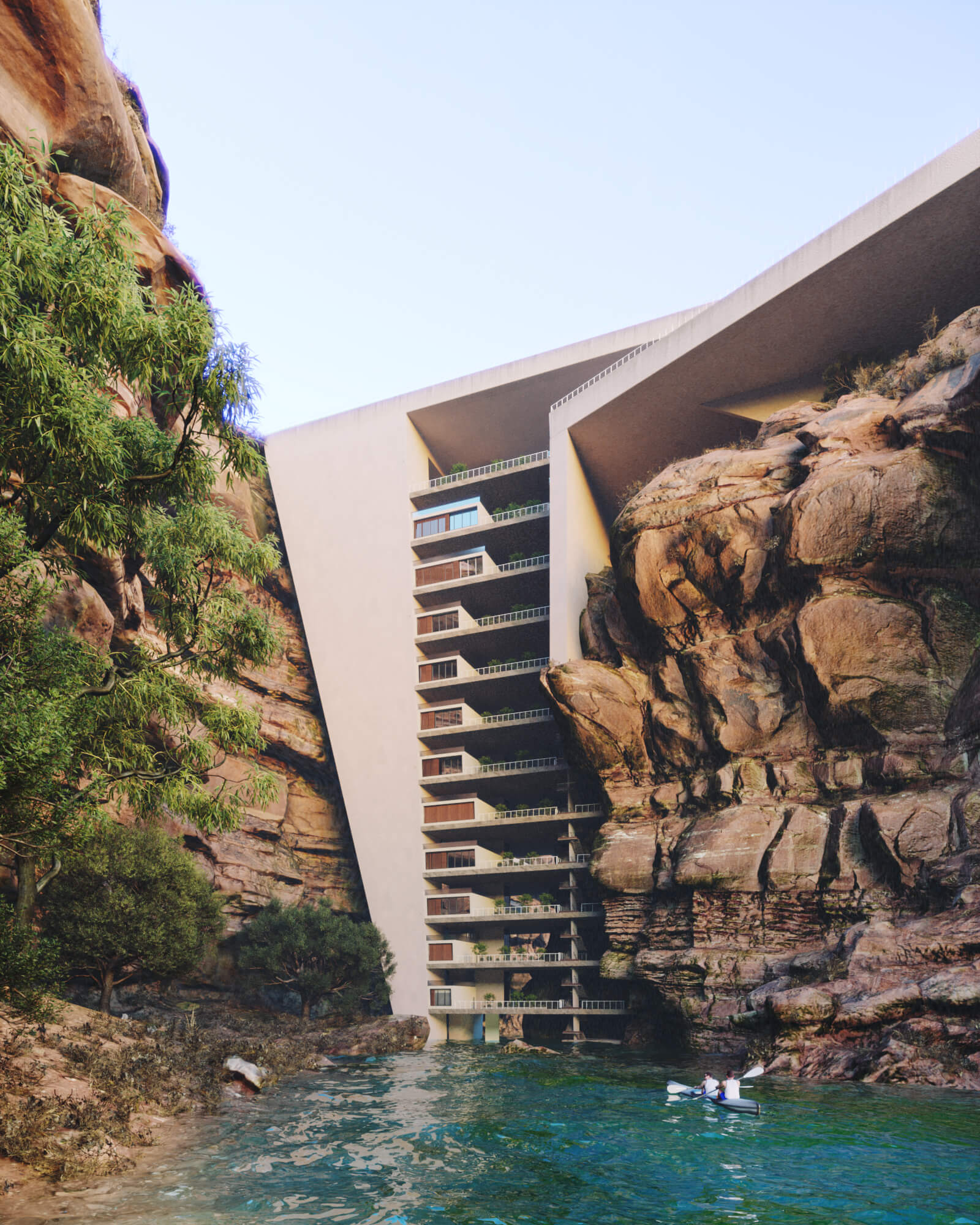 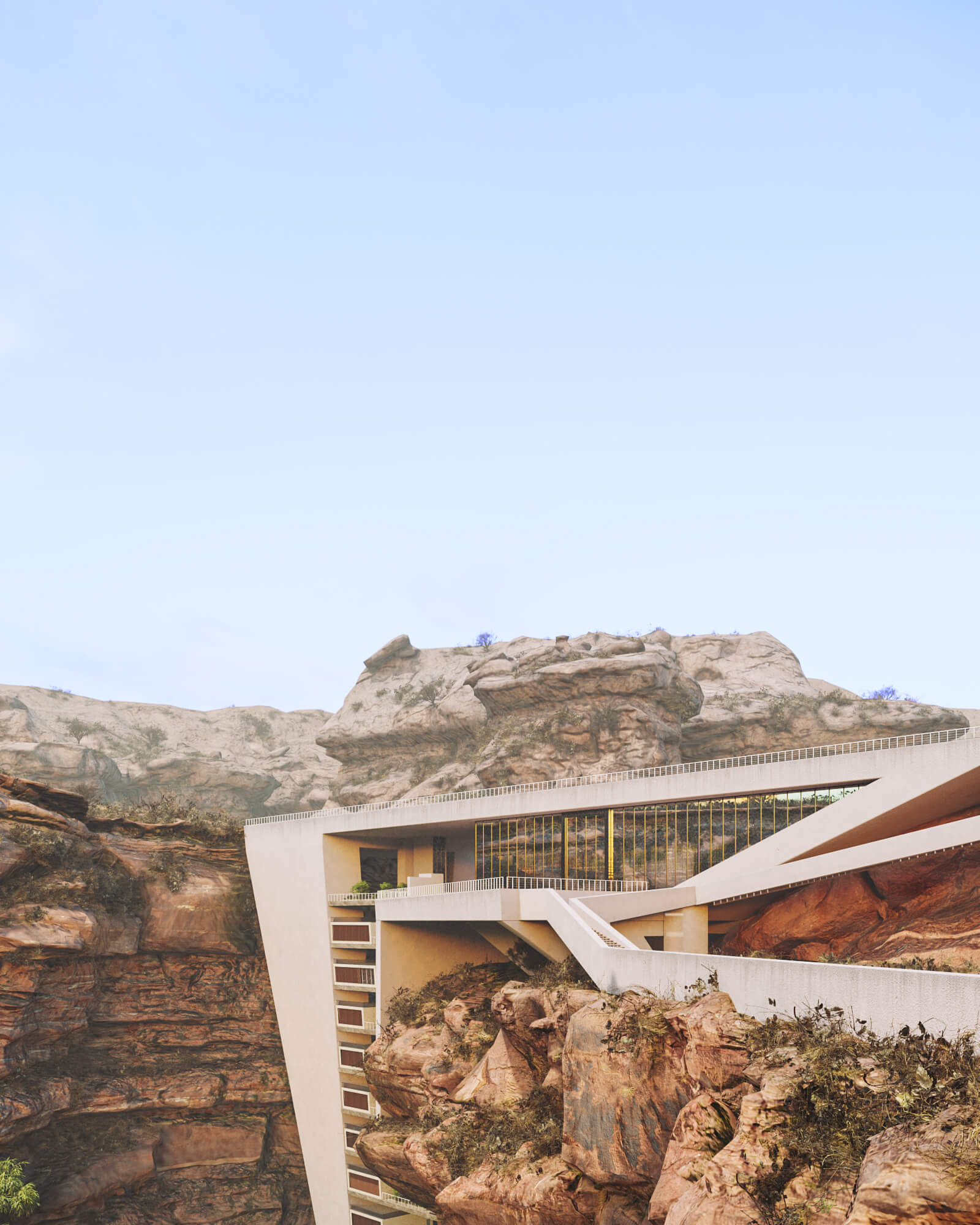 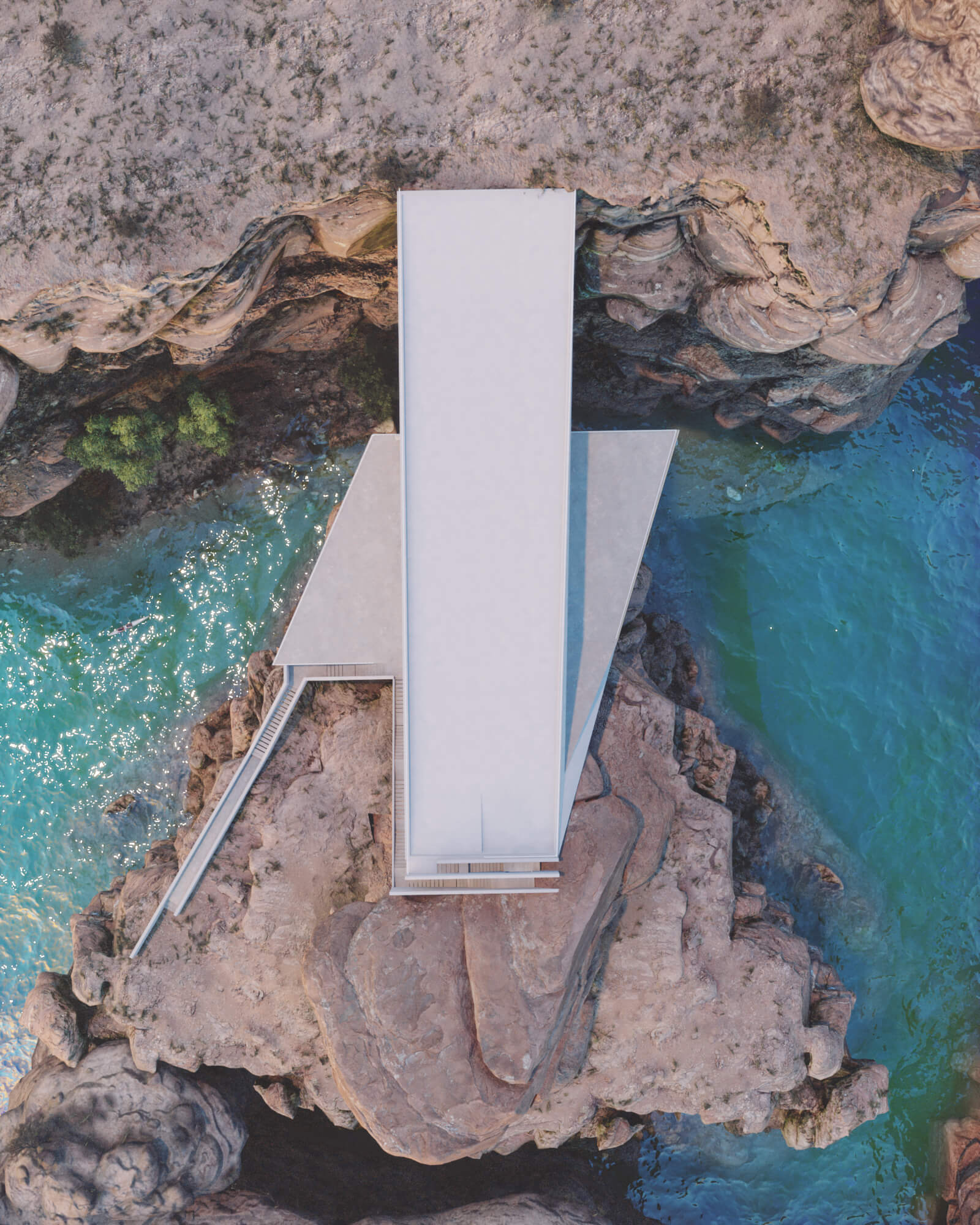 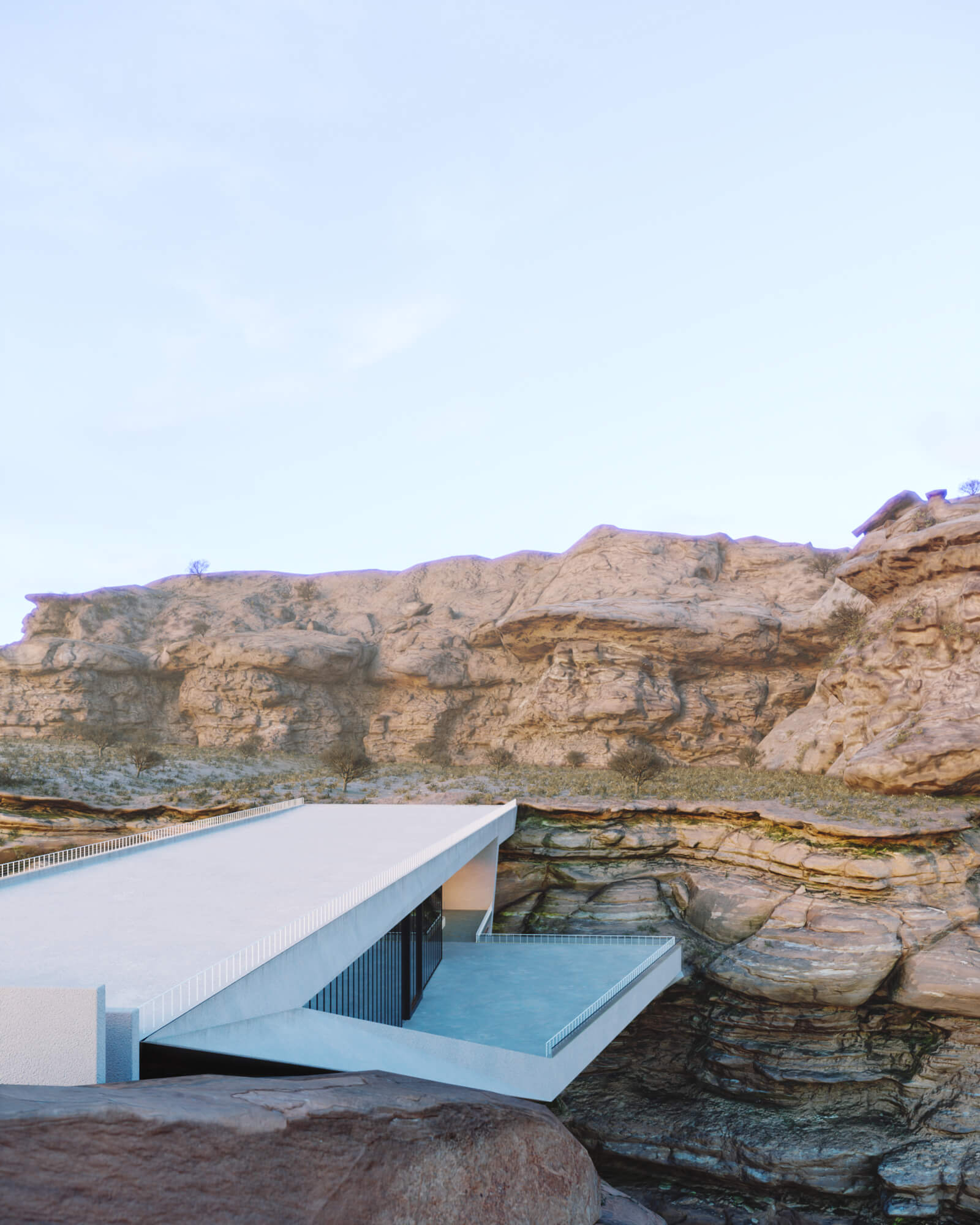 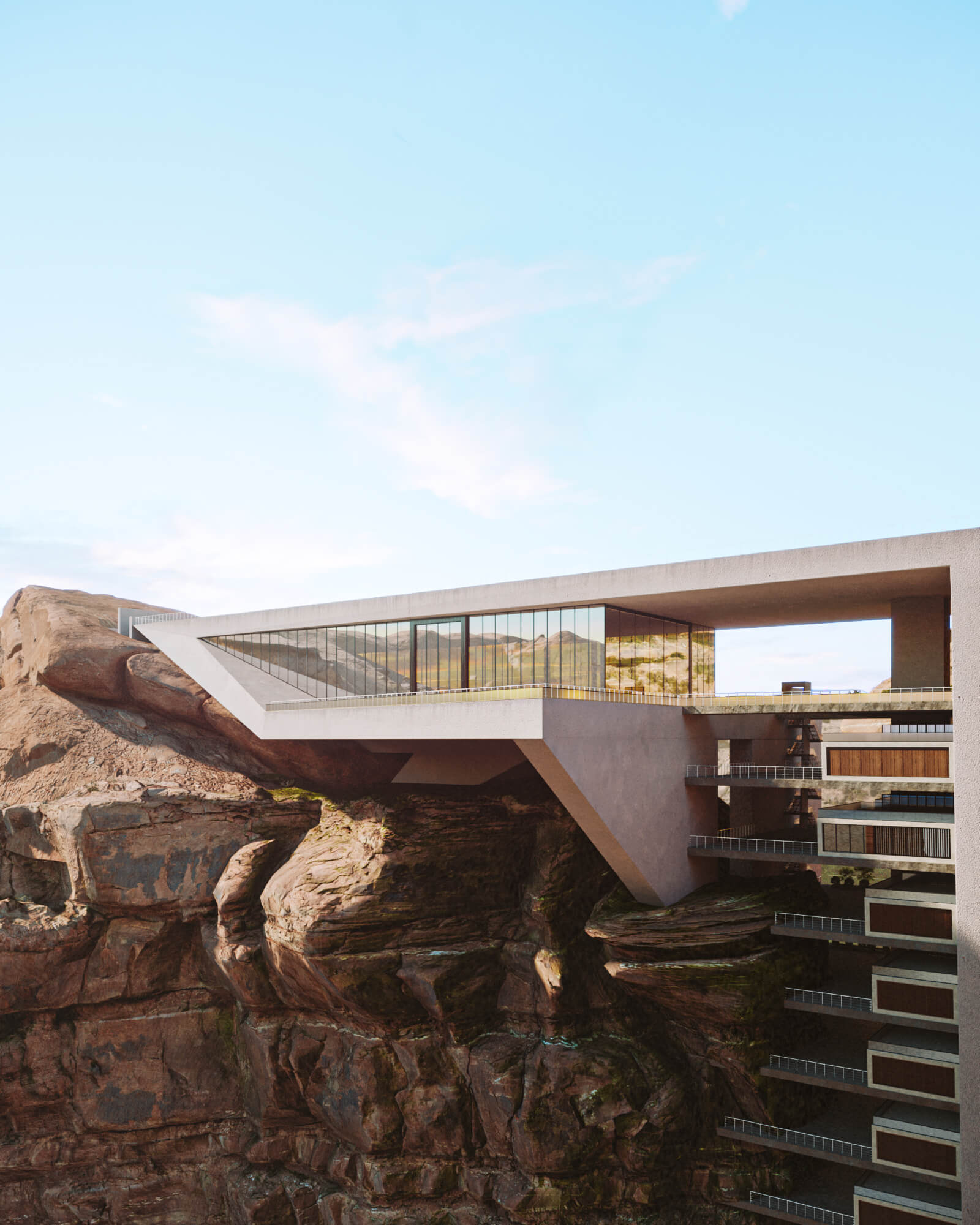 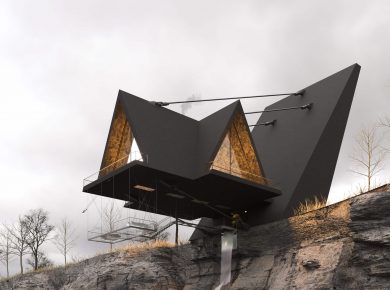 We’re a real fans both A-Frame cabins and houses on a cliff. But this spectacular house by Milad Eshtiyaghi Studio off the coast of Mendocino, California combines both options –…
View Post