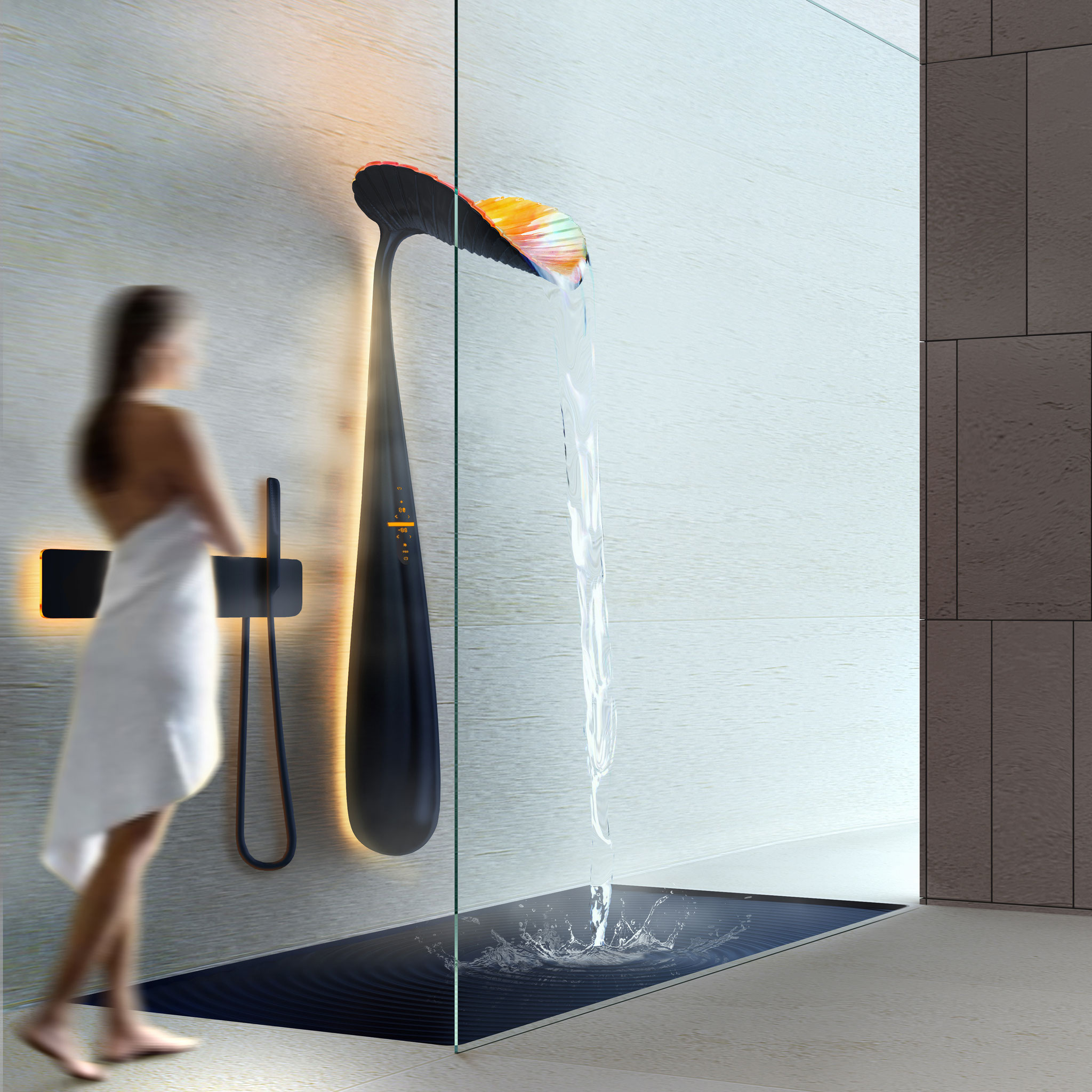 This leaf-shaped shower panel, called the ORA shower system, is an aesthetically-stunning bathroom shower enclosure, with incredible water reuse technology. Using the surrounding steam produced by the shower, as well as a gray water purification system from shower runoff water, this acrylic shower panel absorbs and drains water used, then cleans it and redistributes it for reuse in the toilet, irrigation units, or other water waste systems in the house. 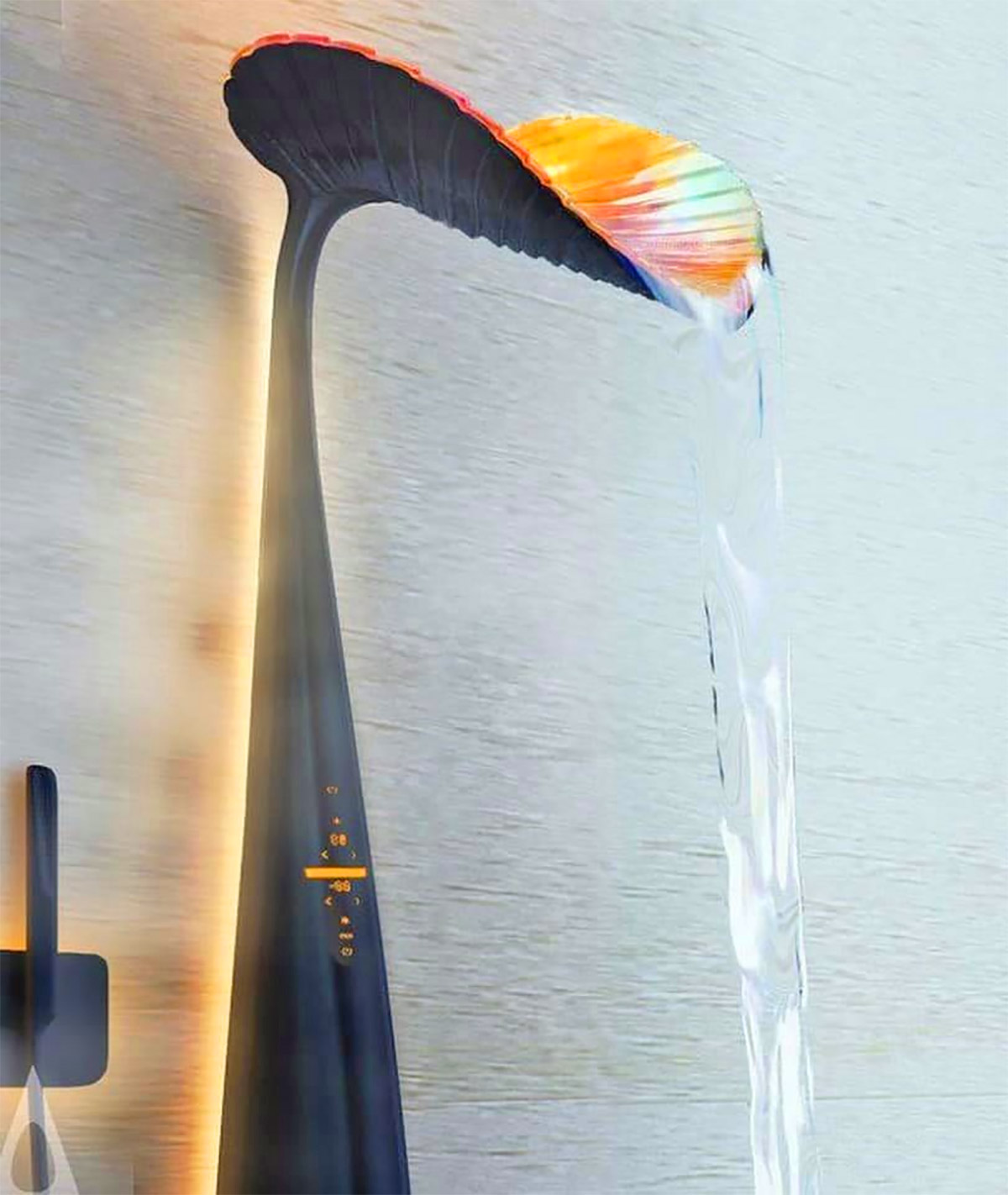 Designed by Vladimir Polikarpov, the water-saving shower system features a spectacular leaf-like design, which measures about six feet tall when mounted on the wall of the shower enclosure. The leaf shower set also comes with a matching shower hanger, which also mounts on the wall and holds the system’s innovative steam-absorbing shower wand. The sustainable leaf-shaped shower system is said to reduce household water usage by 50%-70%, making the leaf-shaped shower panel a perfect option for anyone looking to go green. A digital control interface on the panel allows you to change the water’s temperature and flow, it’s also colored in a luminescent gold to match the beautiful backlights on the system’s wall panel. 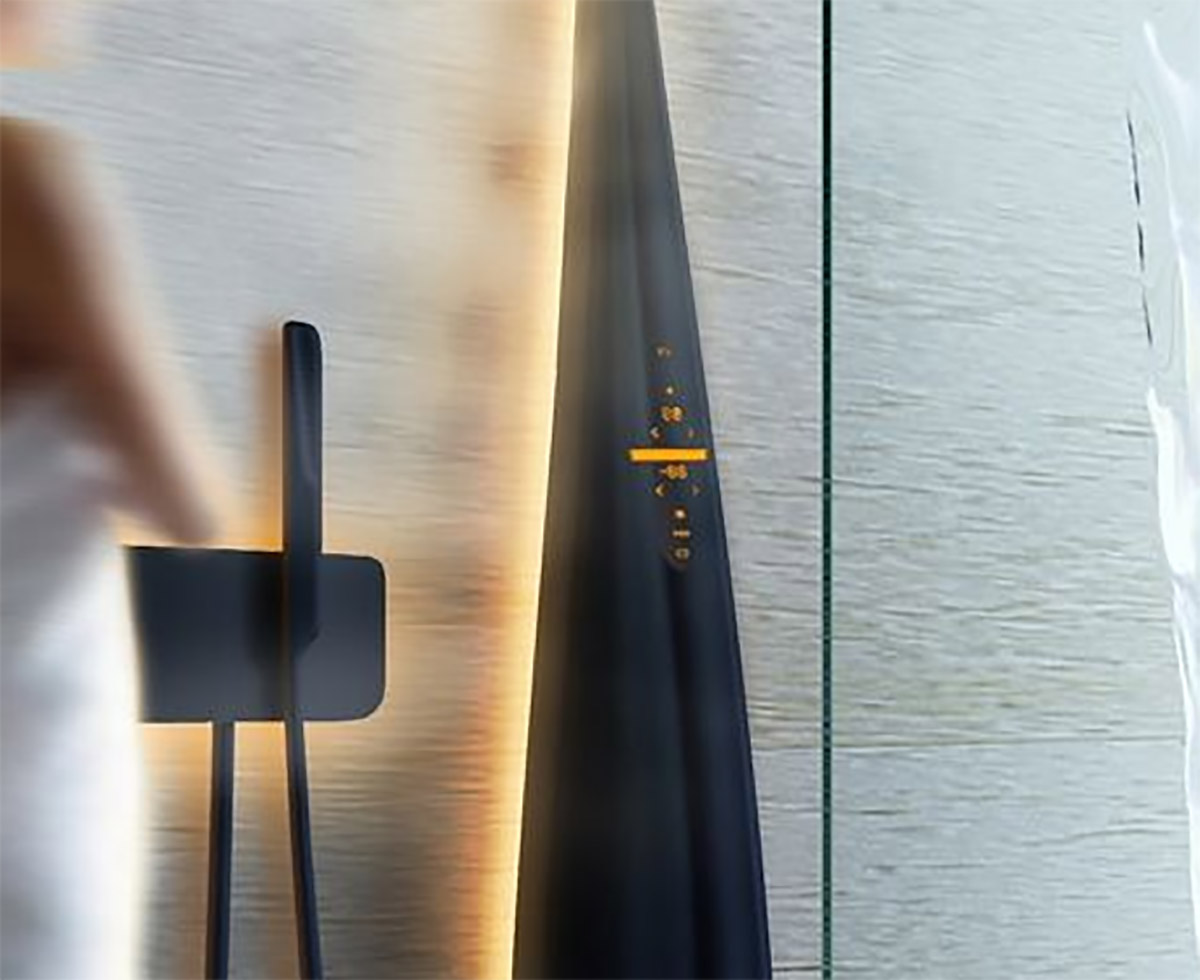 The eco-friendly shower panel comes in one piece, with the shower hanger depicted measuring 6.5 feet tall, about 2.2 feet wide and just under 2 feet deep. The shower tray itself measures 6.5 feet wide, and about 2.3 feet deep, though the product description also includes that it may be ordered in custom sizes. 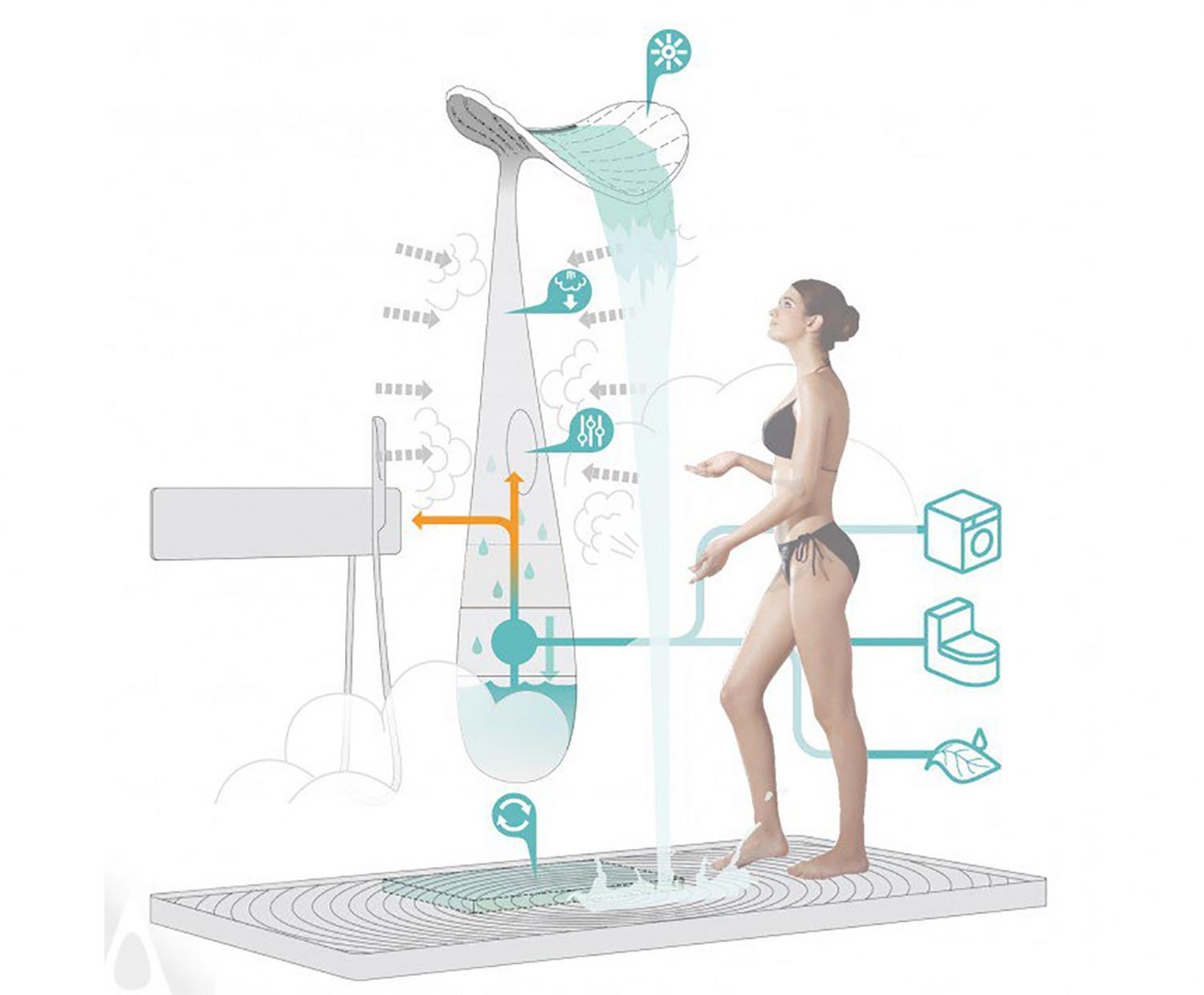 The leaf shower system’s water pours from the end of an amber-colored glass leaf into the all-in-one shower enclosure’s tray, which can hold roughly 15 gallons of water. This water saving shower system was created in Kiev, Ukraine and was awarded the Platinum A’Design Award in the Bathroom Furniture and Sanitary Ware Design category in Europe, which highlights only the best in design from a number of different fields. Also you might be interested to check modern and creative sink designs. 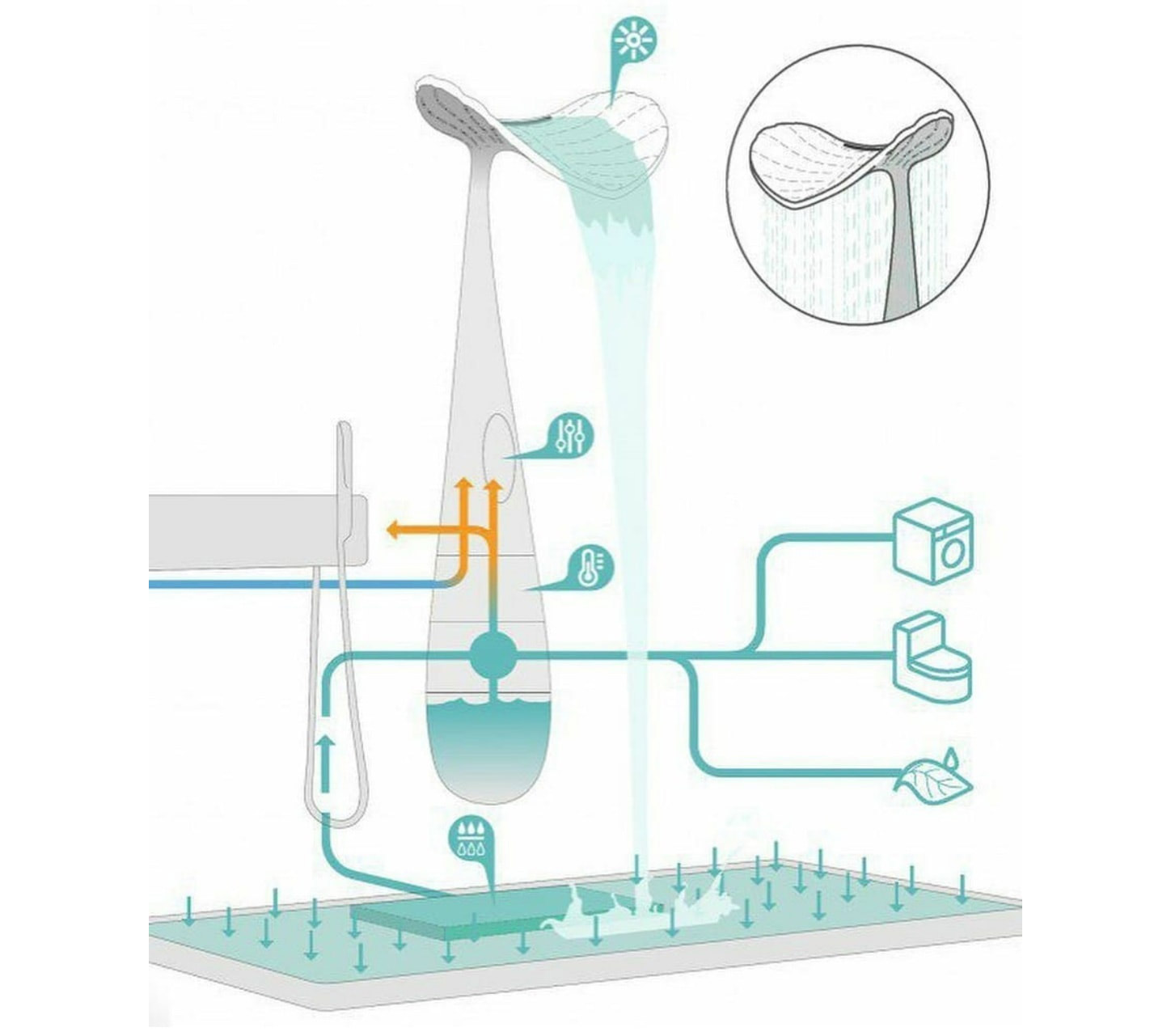 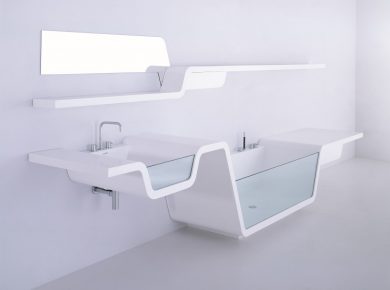 The perfect vanity unit strikes the right balance between style and function. It’s also practical enough for daily use – a rare blend to find. So, if you’ve been struggling…
View Post