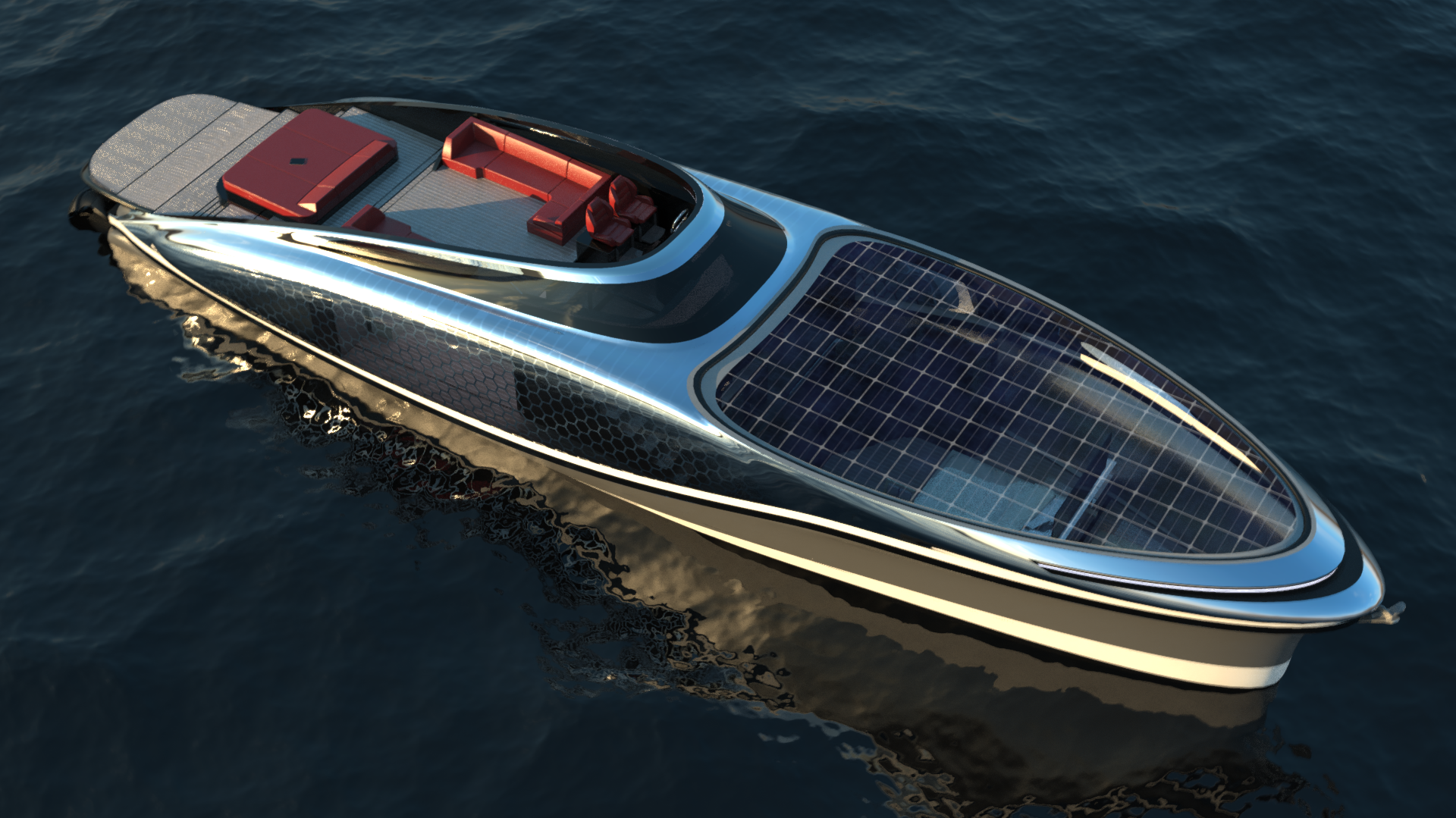 Italian designer Pierpaolo Lazzarini continues his exploration of boundary-pushing watercraft with ‘Embryon’, a 24-meter (79-foot) translucent yacht. The name of the project derives from the initial 3D model: "We work from an embryonic state by keeping the lines of the body very natural and fluid with incredible hydrodynamic results," explains the designer. With an entirely dry carbon fiber structure, Lazzarini says Embryon is 30% lighter than similar sized boats on the market. What’s more, a special photochromic system is fused into the body so users can adjust the transparency of the midsection of the yacht. 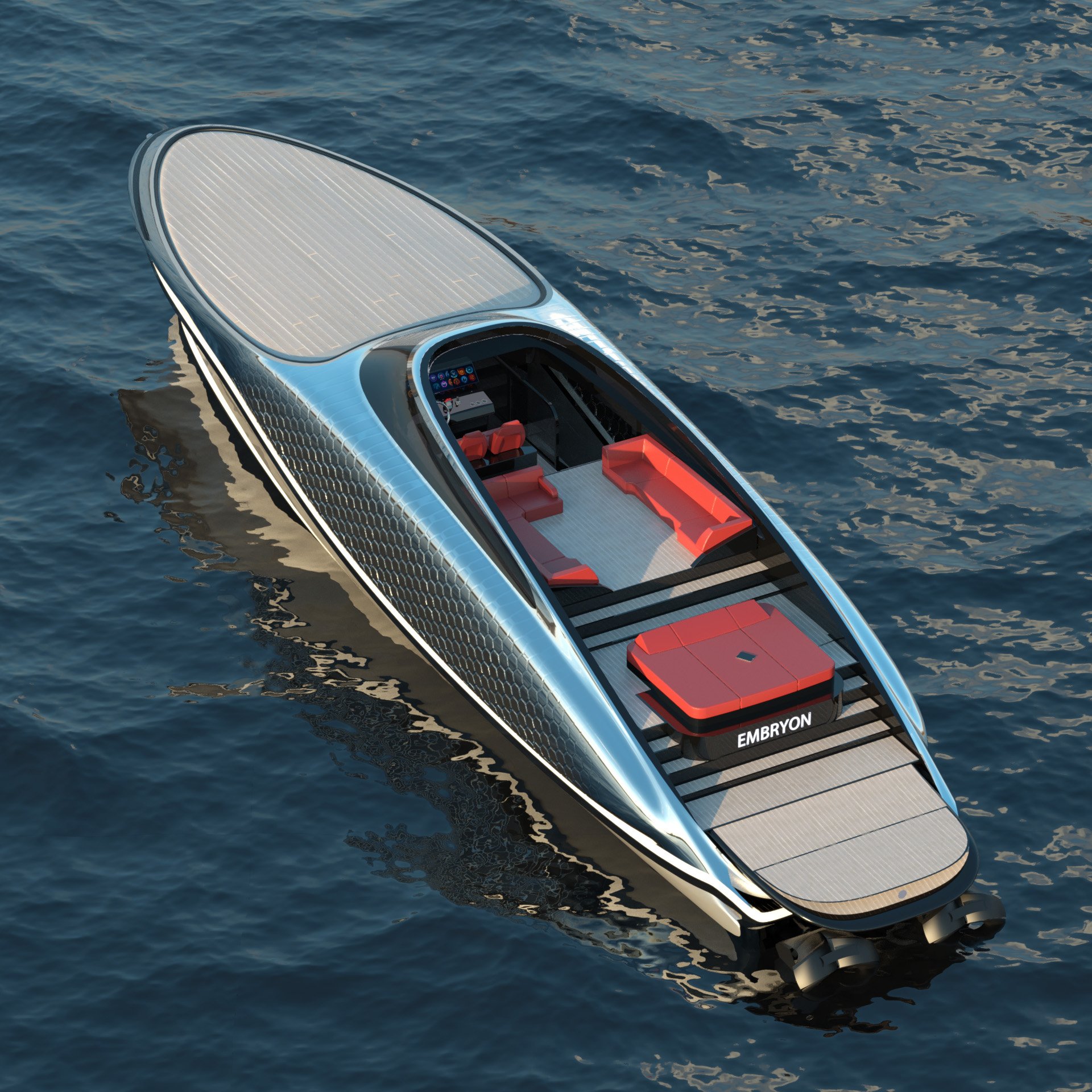 Embryon boasts an estimated top speed of 65 knots thanks to its three engines (2 x man V12 2000hp + 1 electric 1260bhp drive), which are powered by diesel and hydrogen respectively. The electric drive functions separately, obtaining full electric sailing with a max speed of 22 knots, at which the boat has a 2 hour range. At a reduced speed of 10 knots, the electric drive can last for 4 hours. 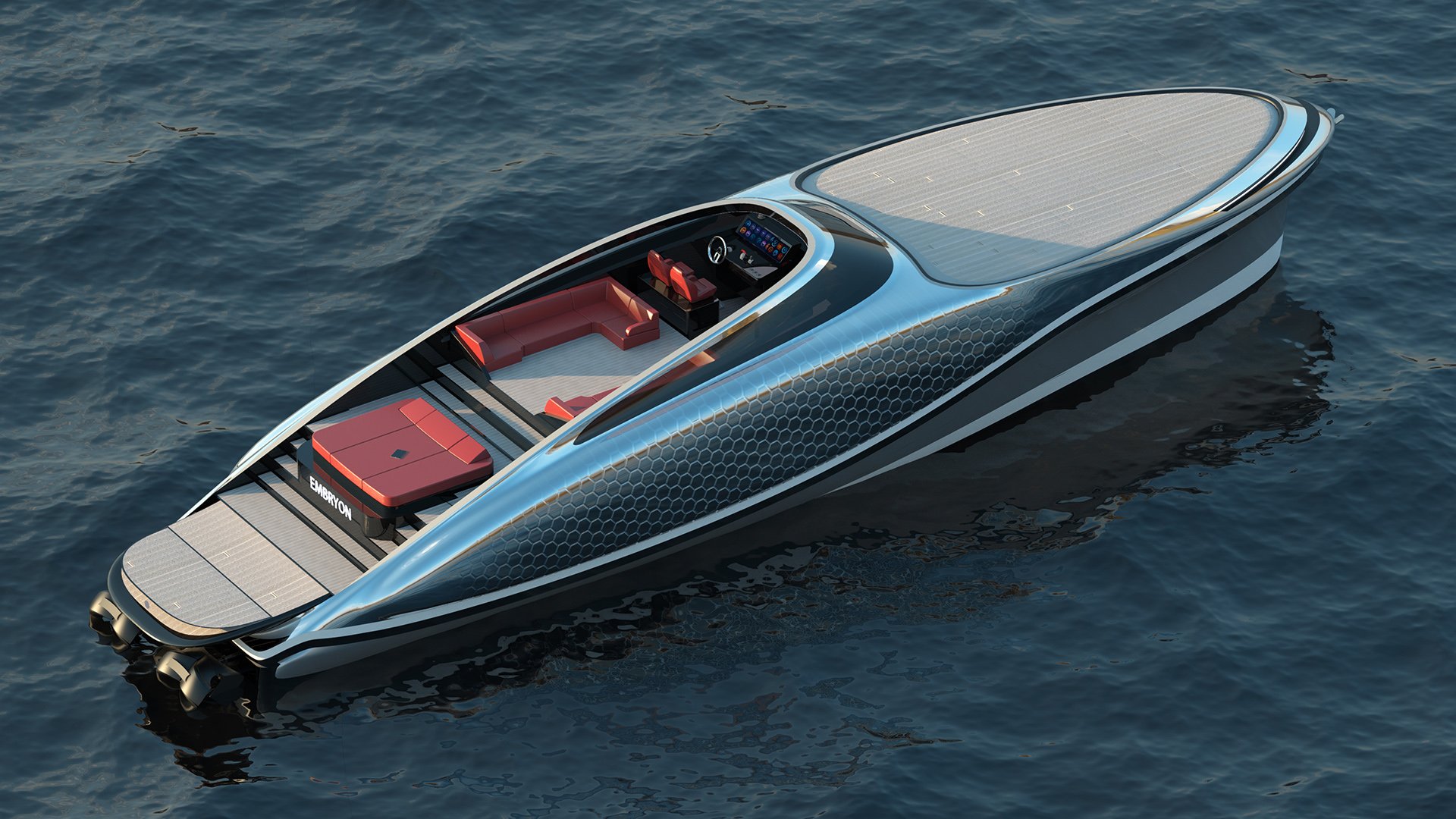 Hypothetically, the yacht can be also configured in a completely electric setup, with three 1260hp electric motors powered completely from hydrogen. in this case, the diesel tanks are replaced with hydrogen fuel tanks. In both cases, Embryon is pushed from three Hamilton jet drives: 2 side steering and 1 central fixed jet drive. 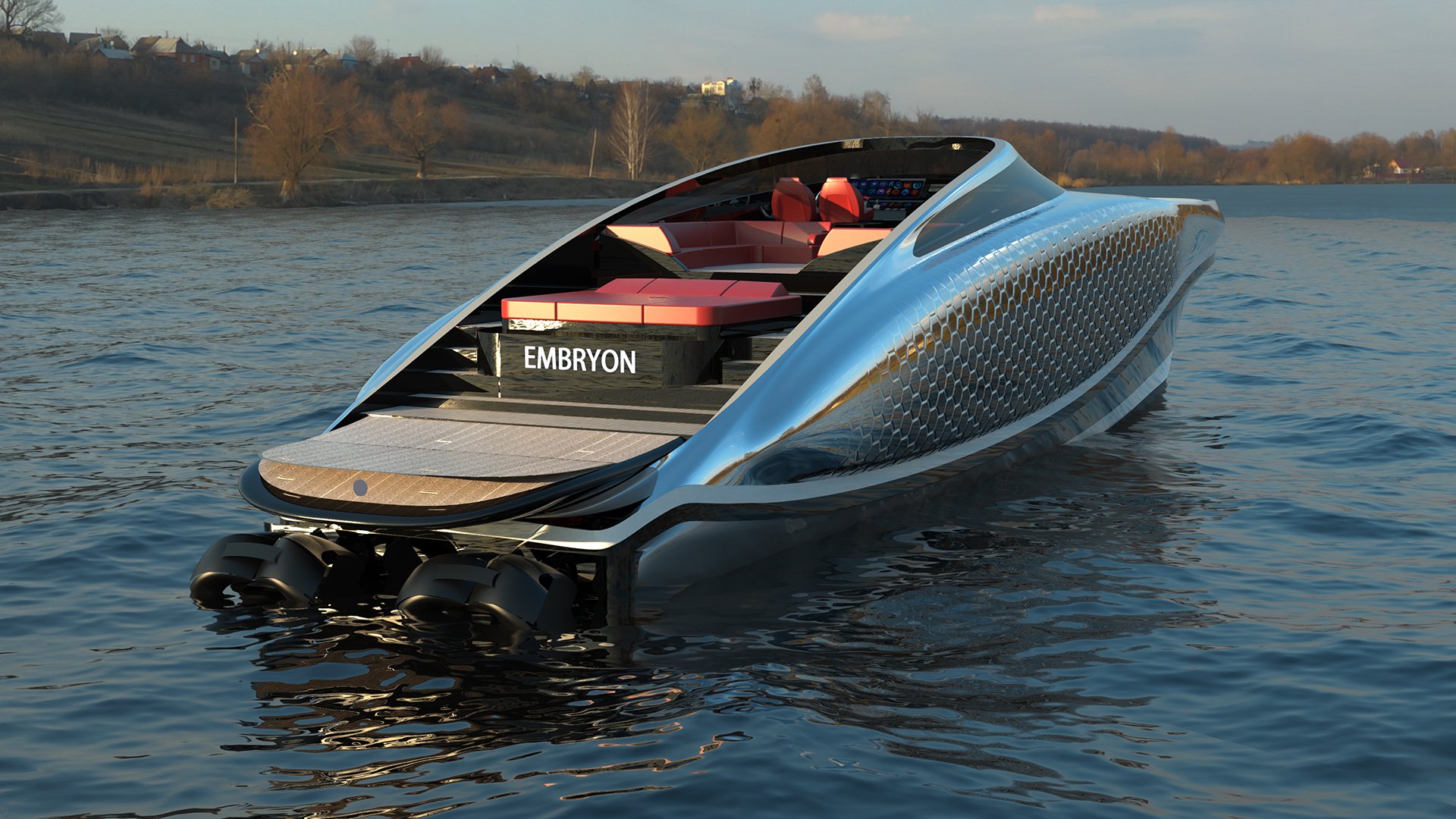 As for the layout, the sleek cruiser features a sun deck section with an L-shaped lounger on either side that accommodates up to 10 people. The interiors can be configured with up to three bedrooms. 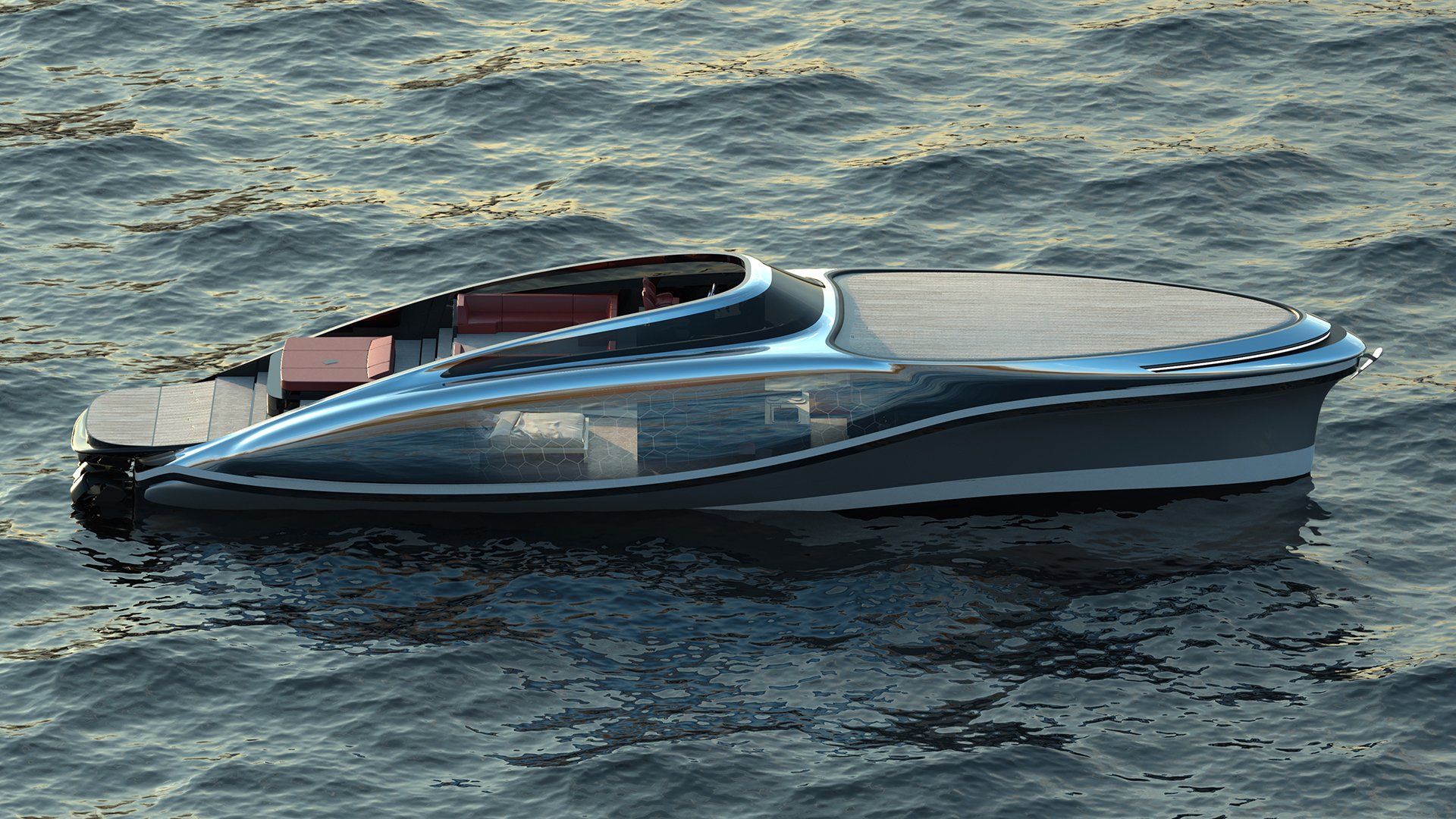 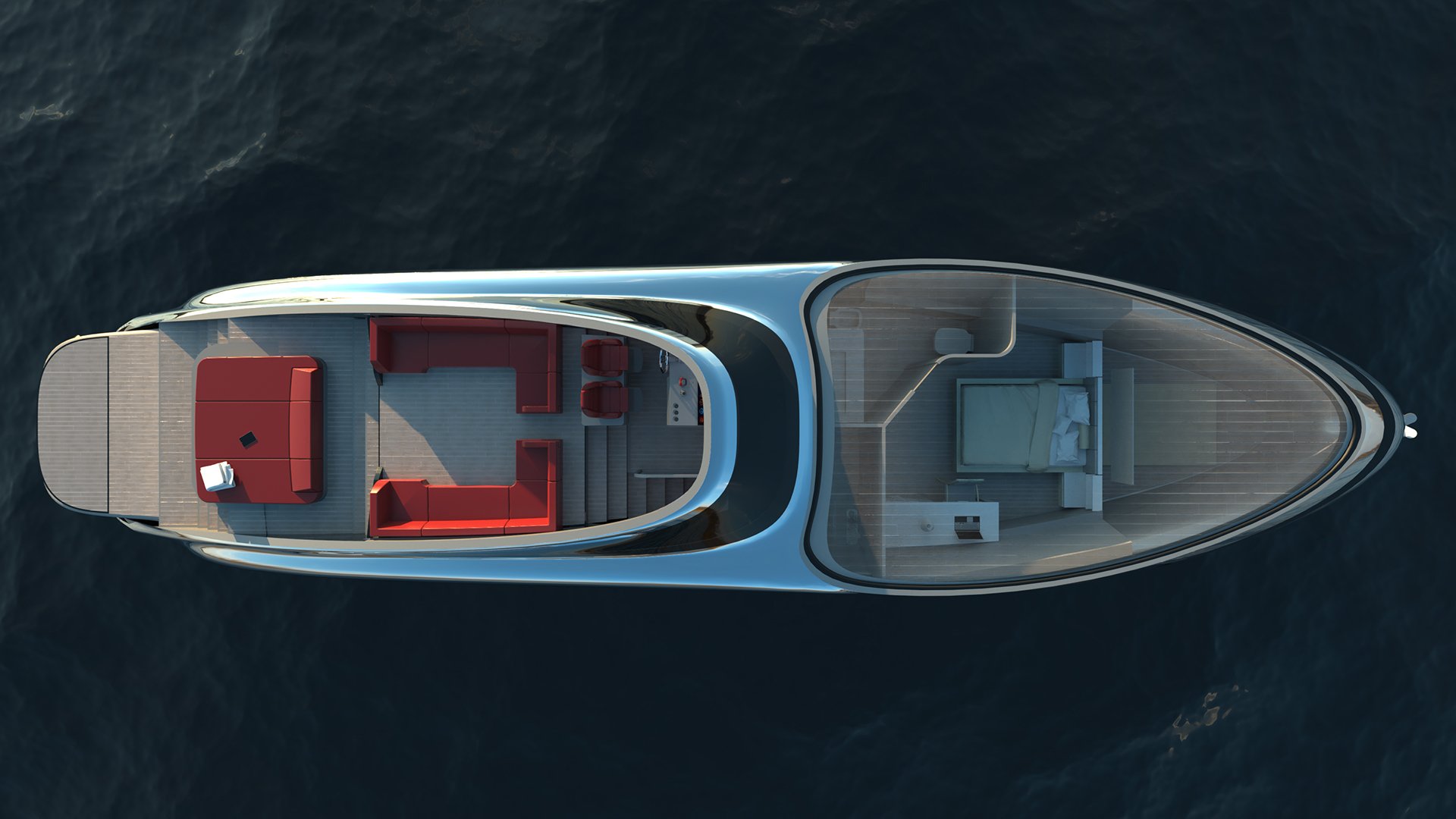 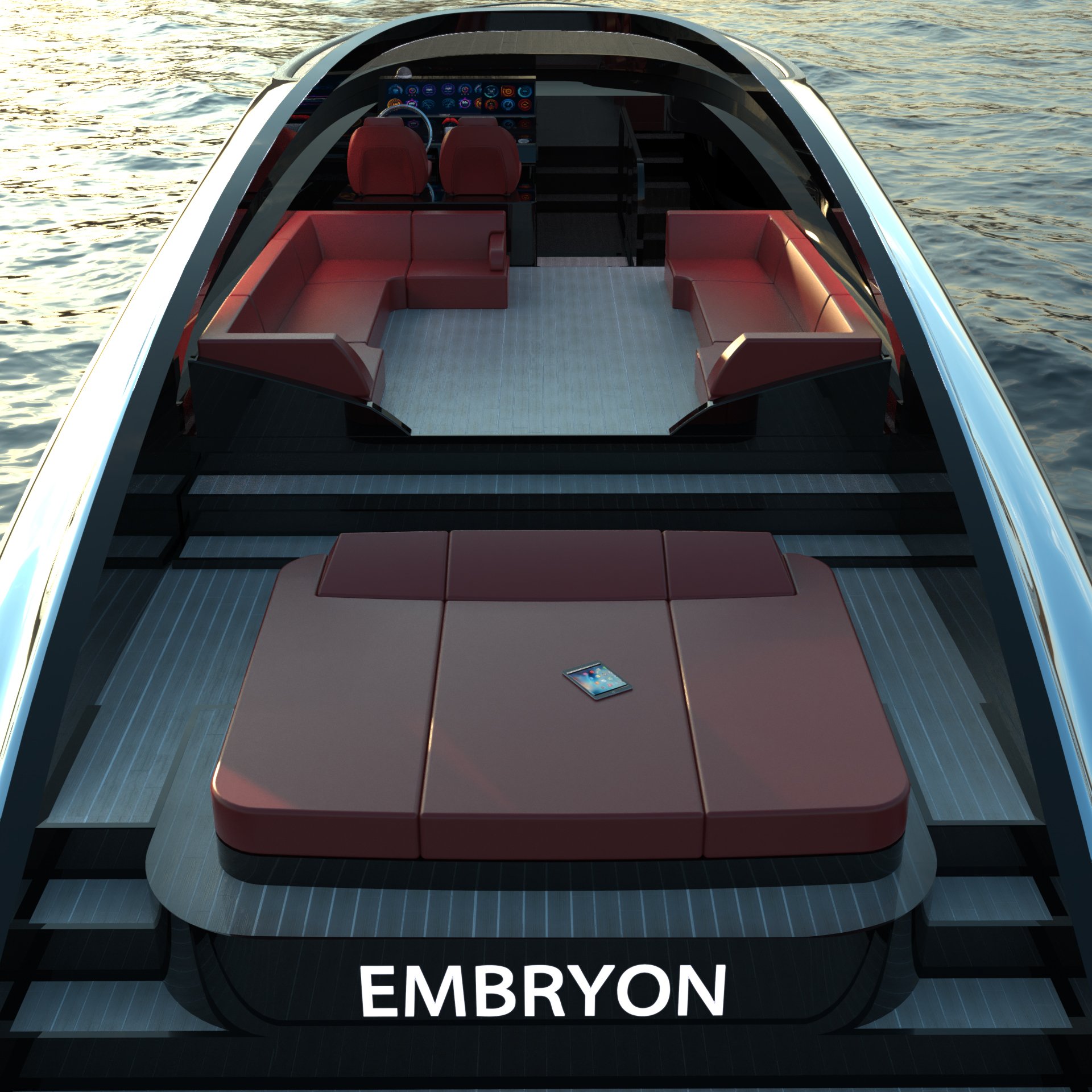 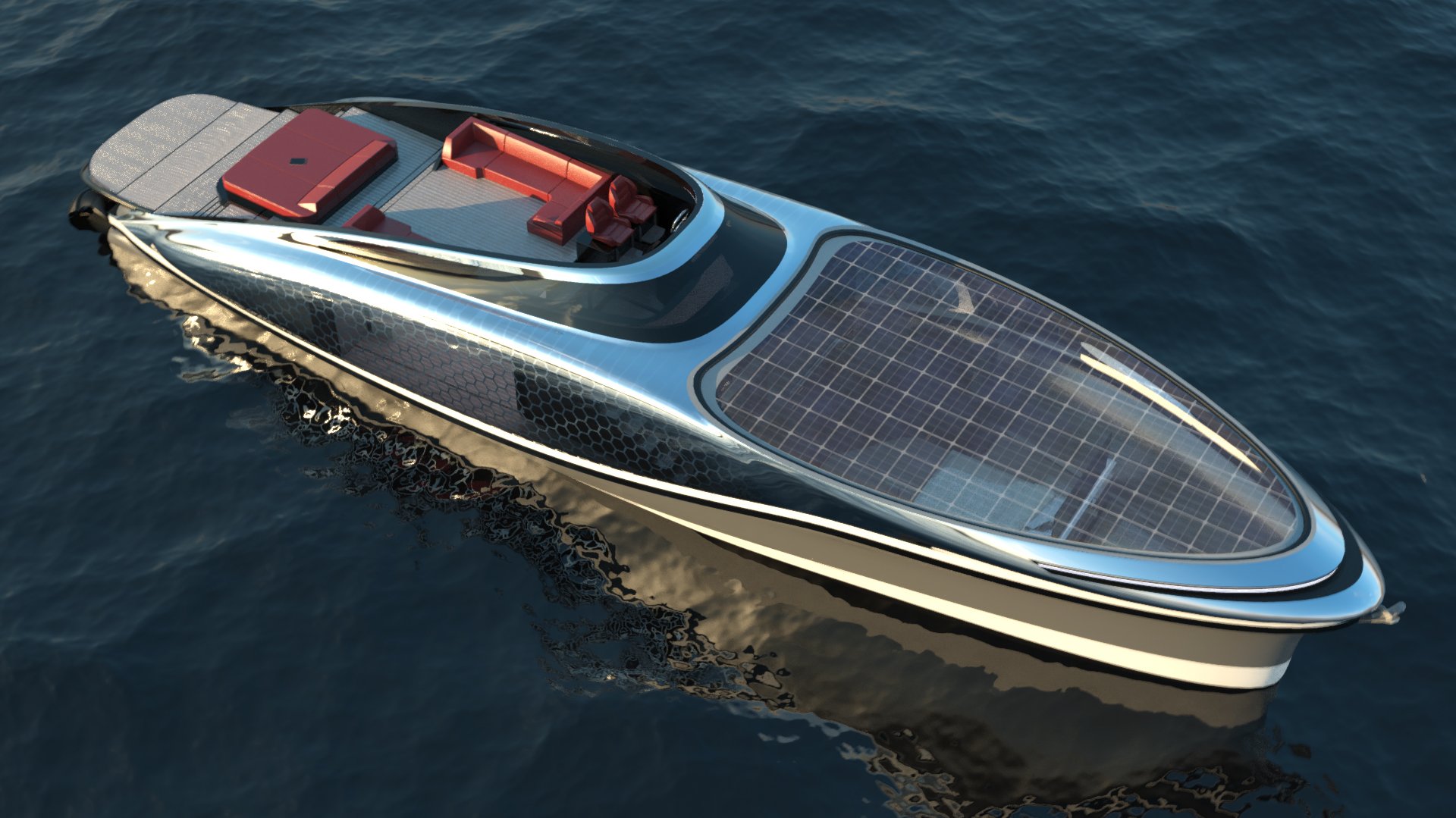 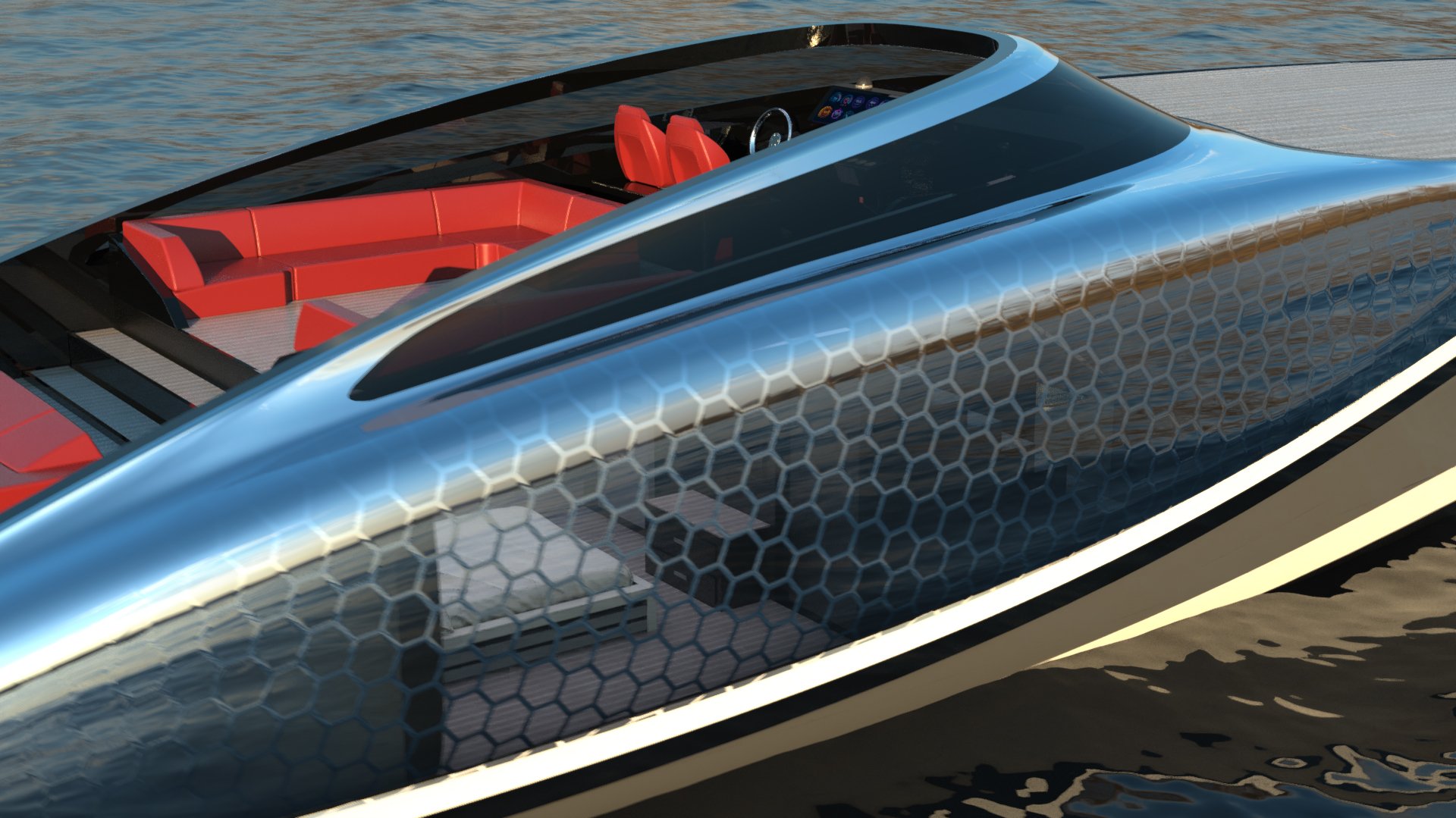 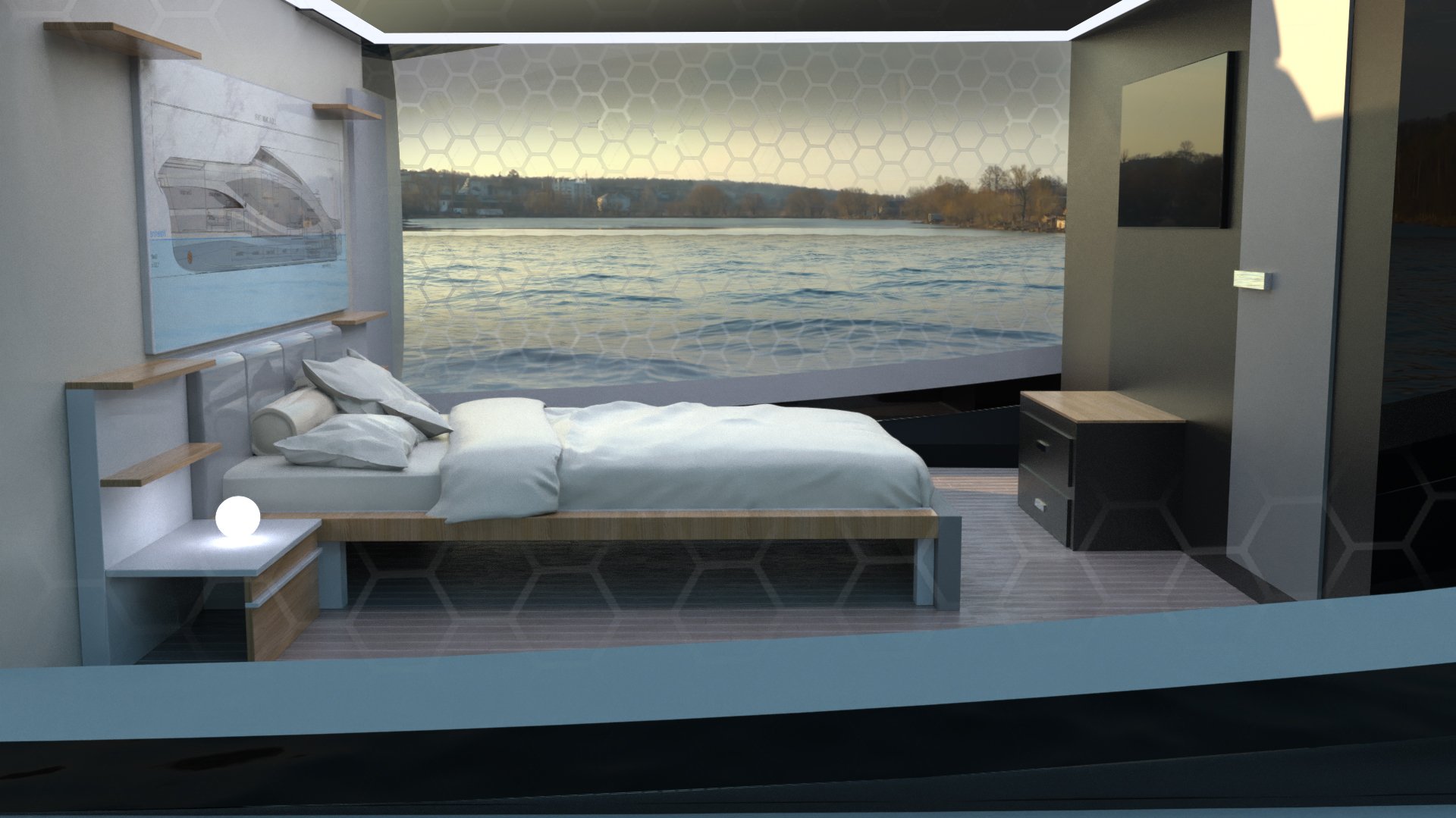 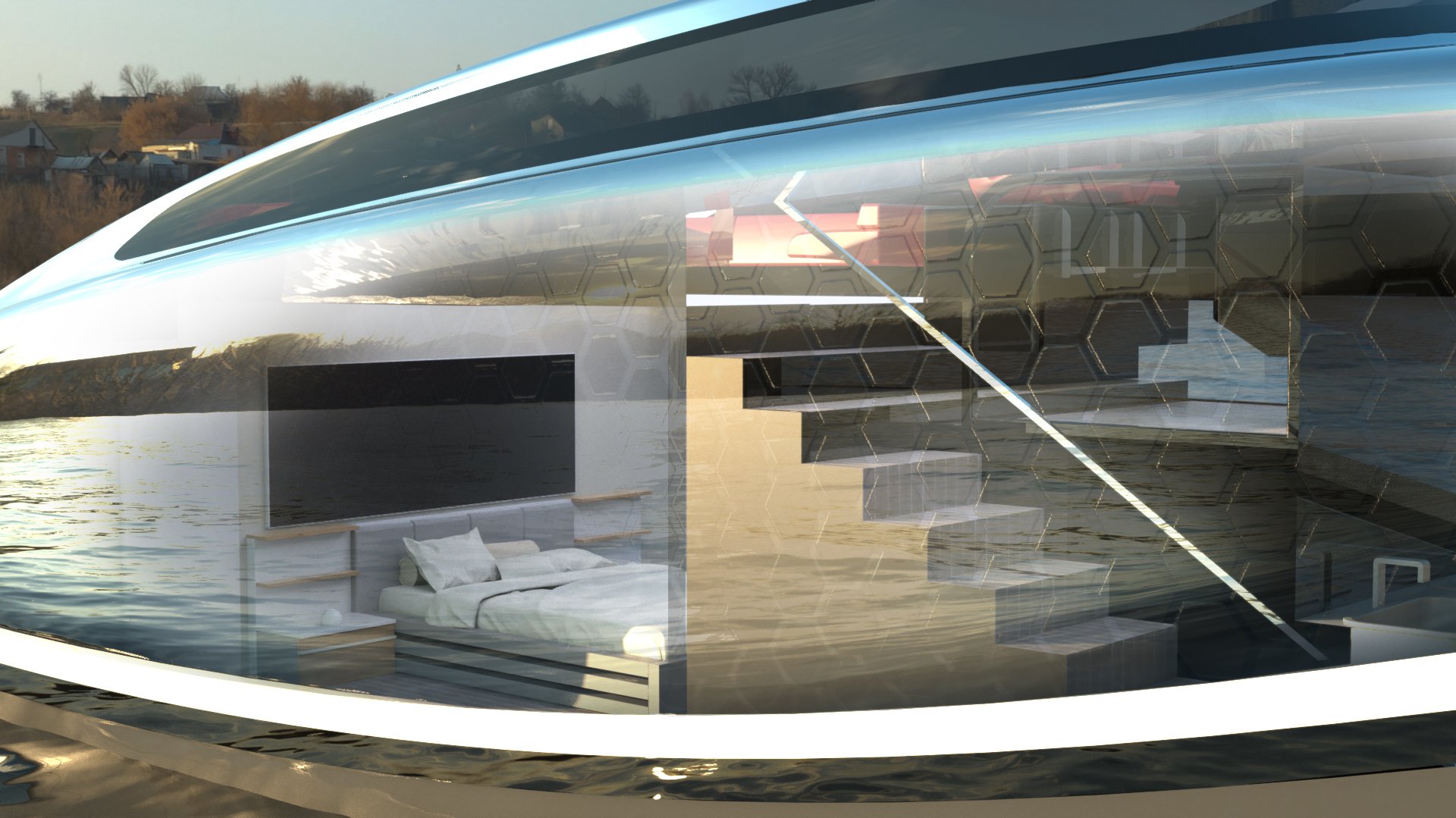 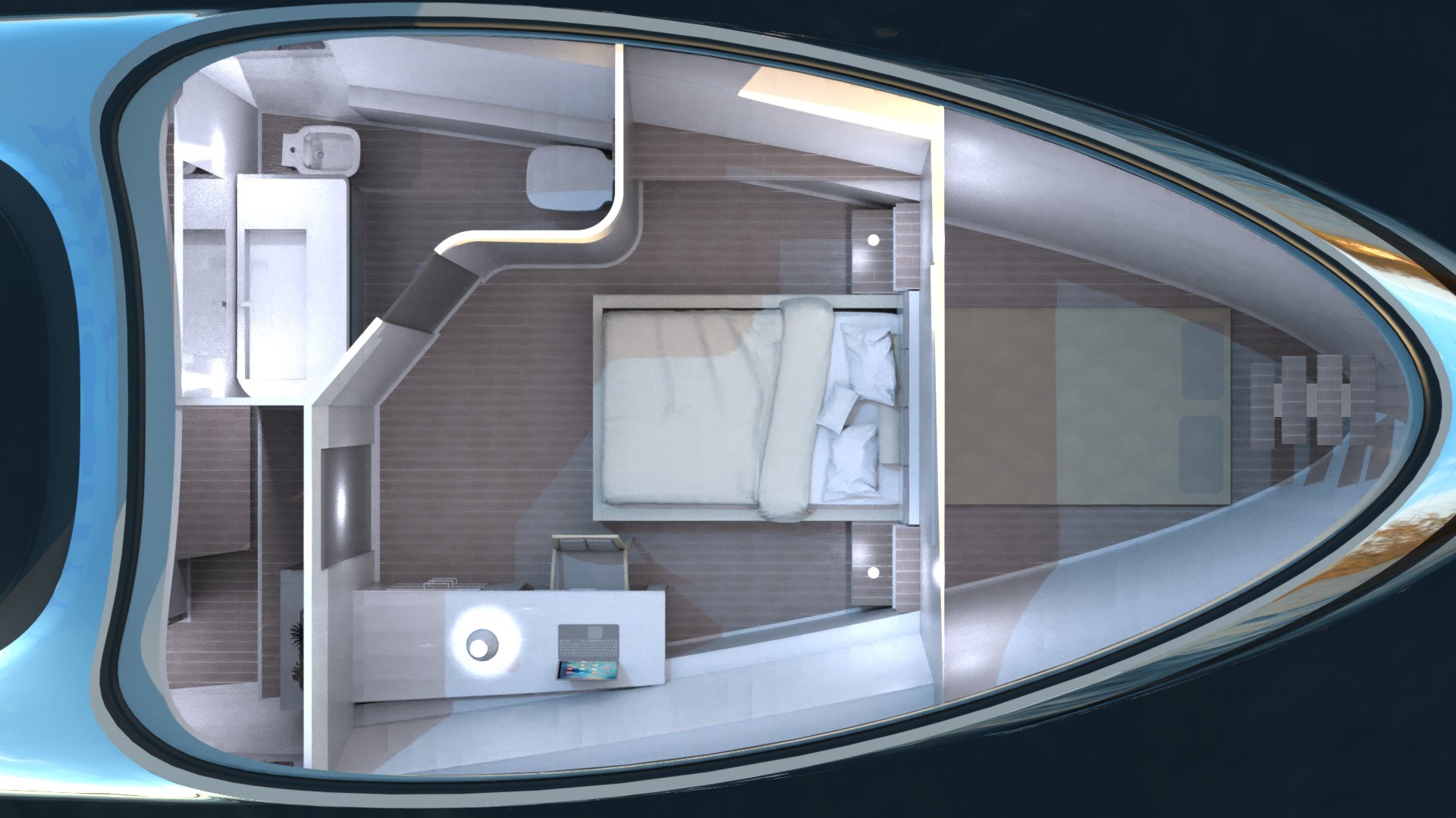 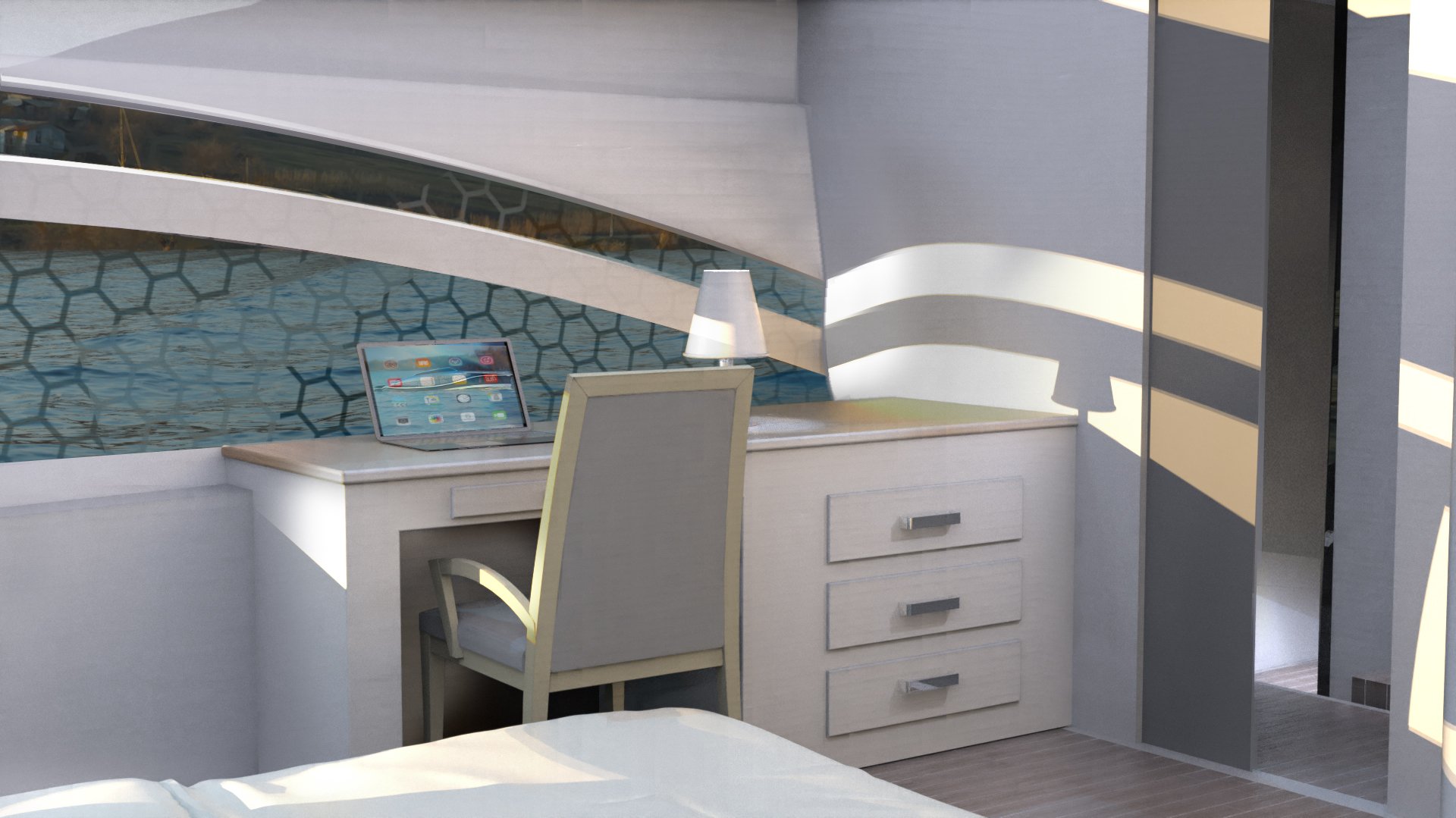 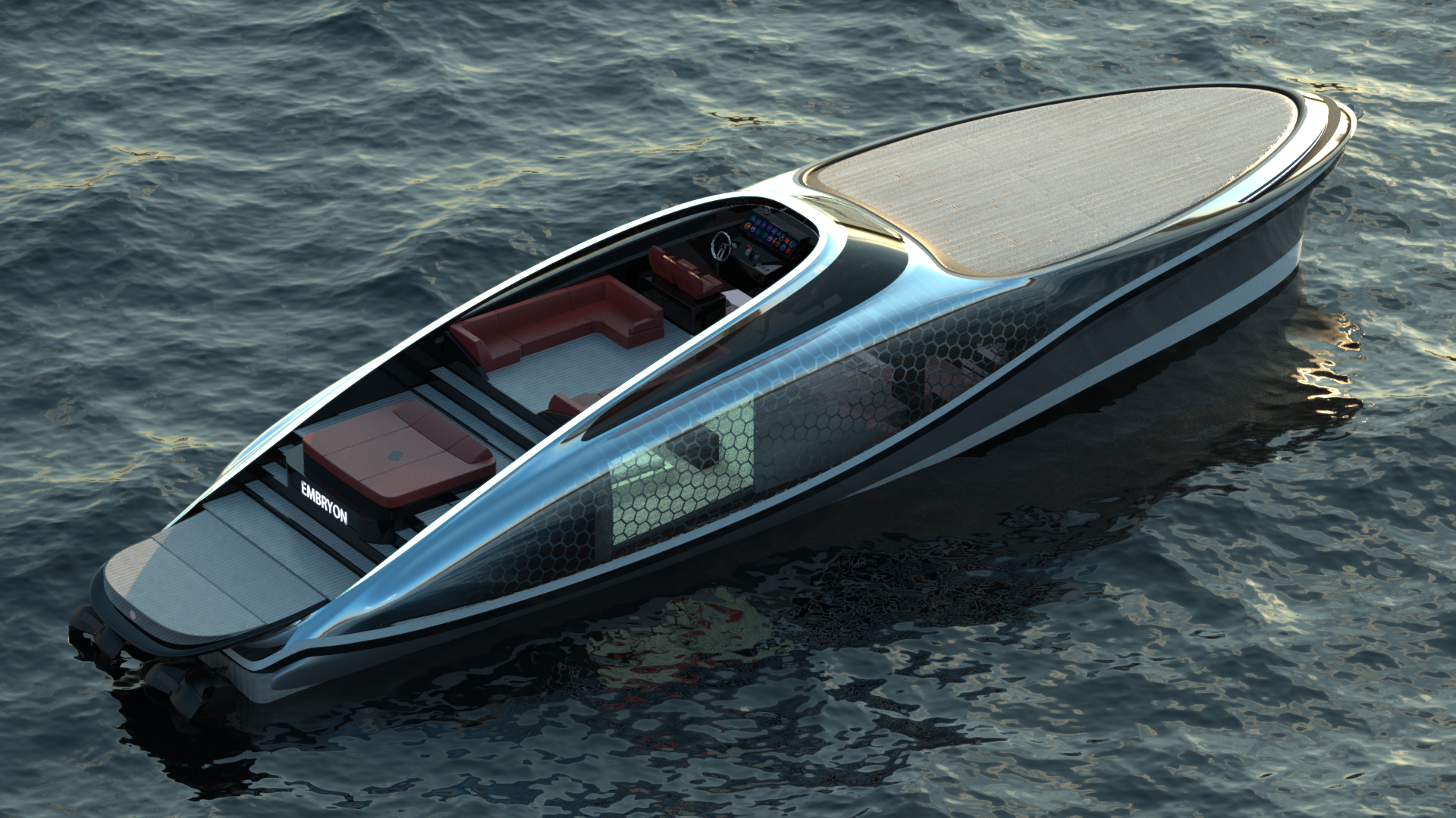 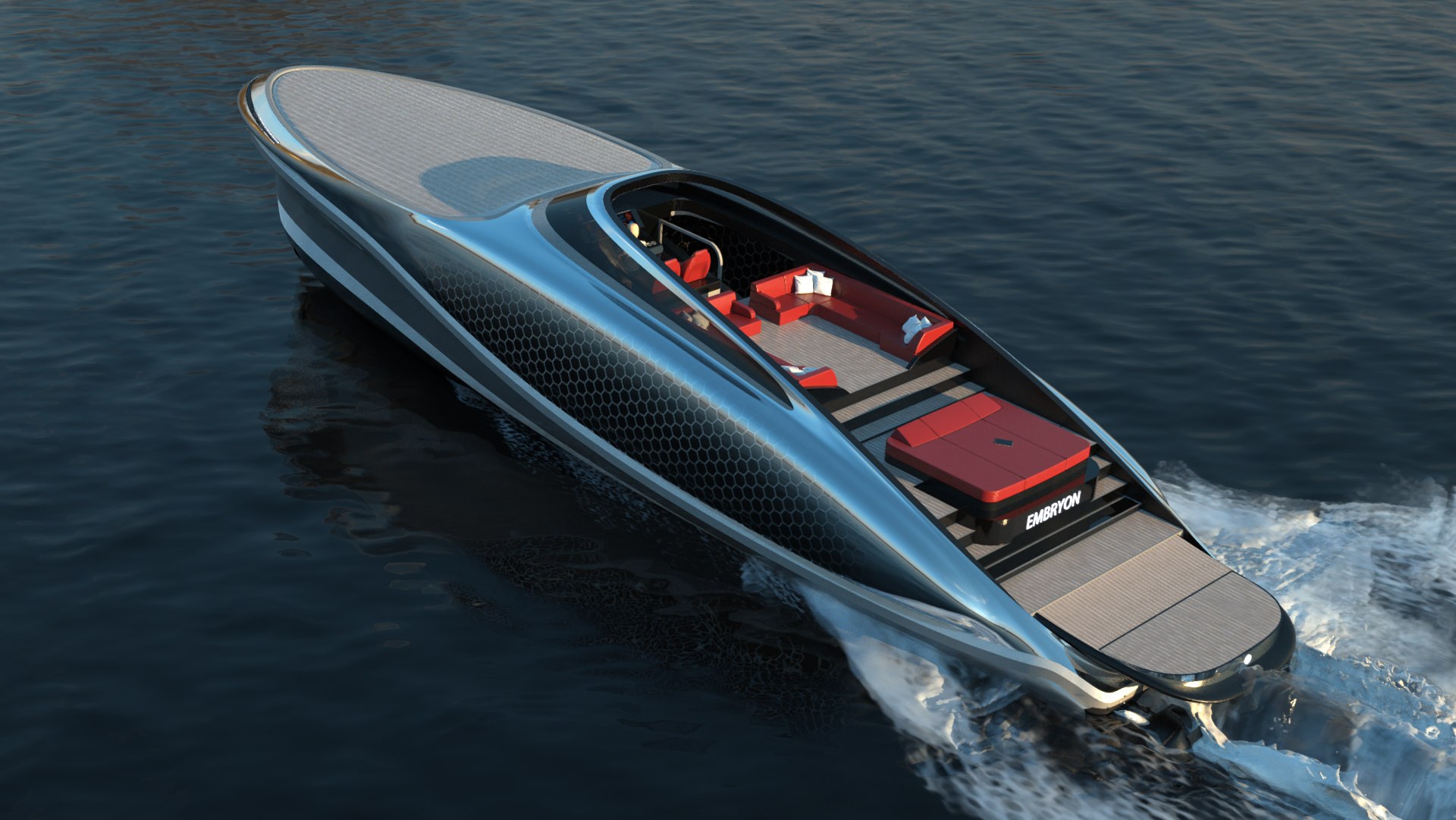 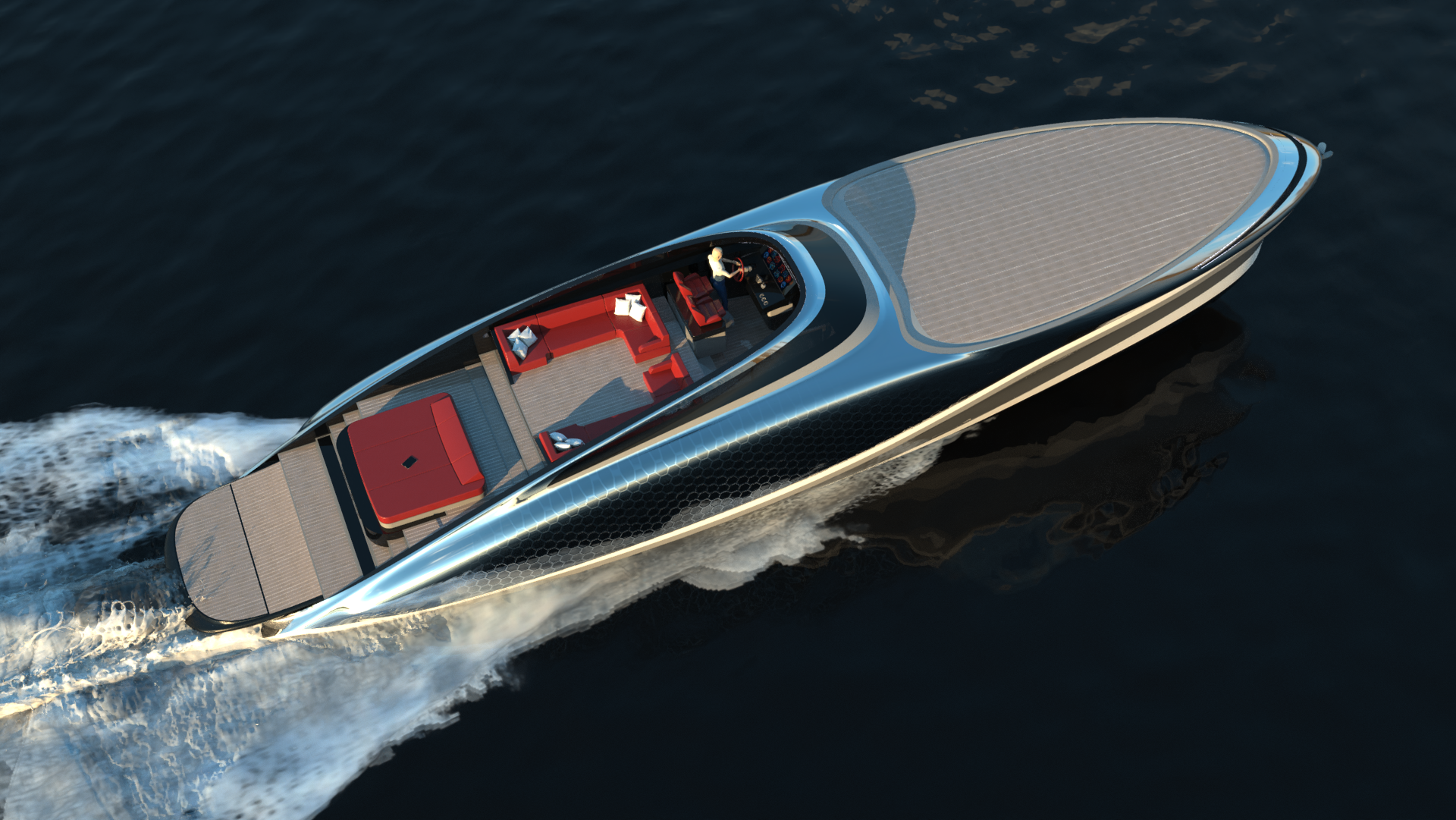 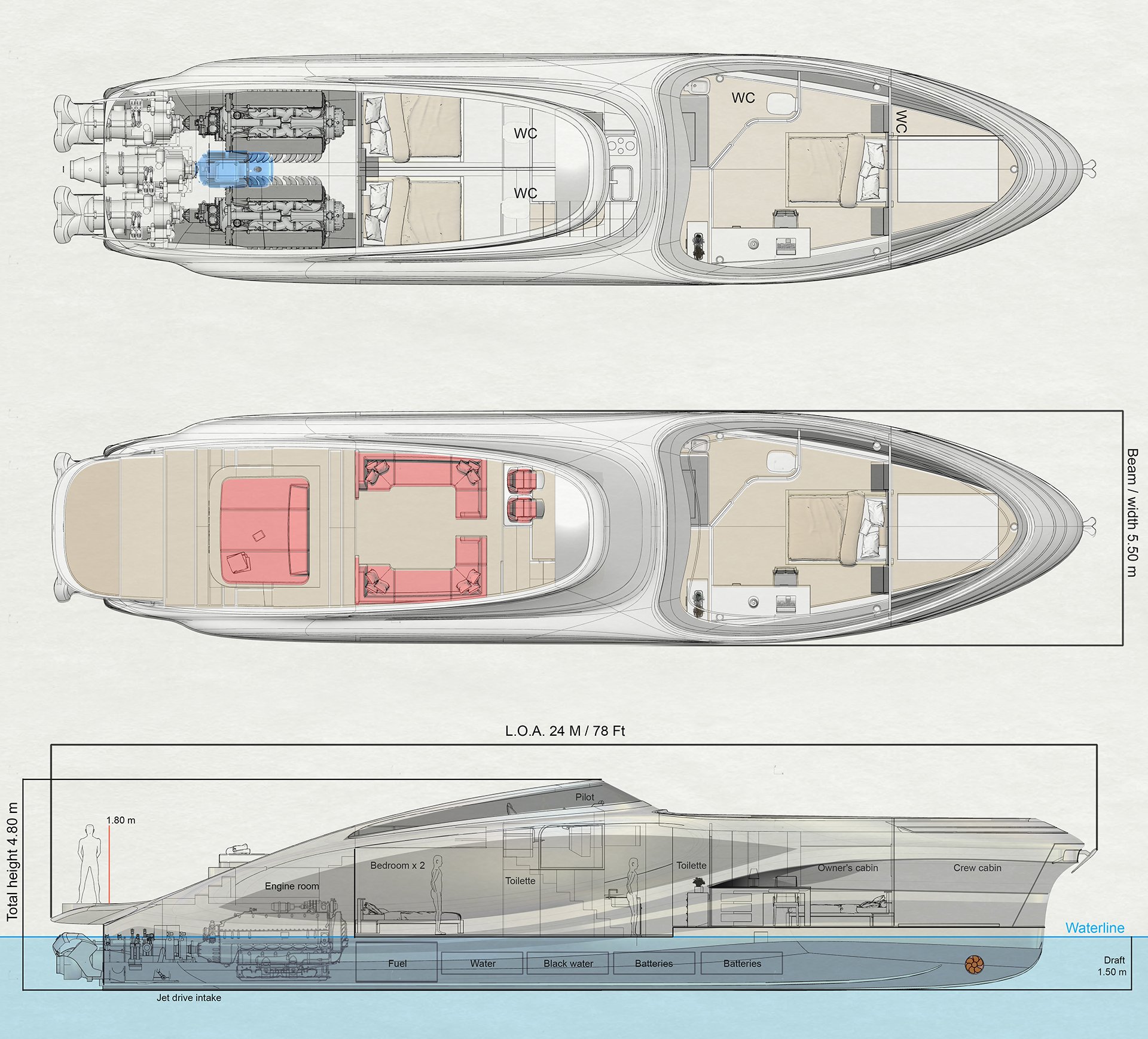 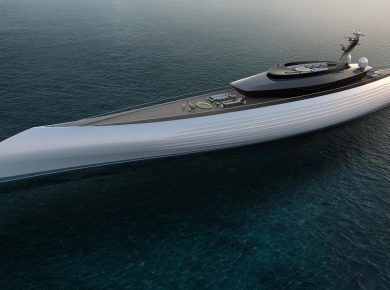 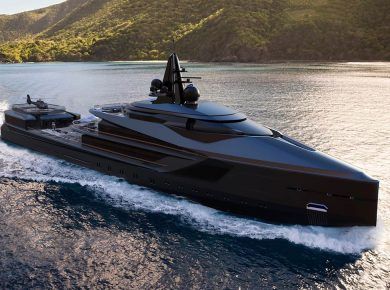 Although yachts are typically synonymous with luxury trips, the new creation from Oceanco was made for adventurous journeys. The 105-meter Oceanco Expedition Yacht Concept blends the amenities of a sophisticated…
View Post 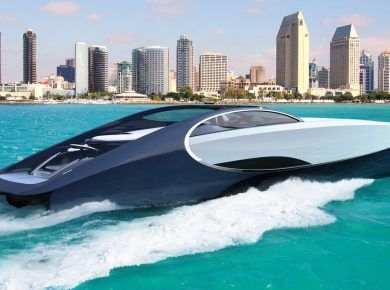 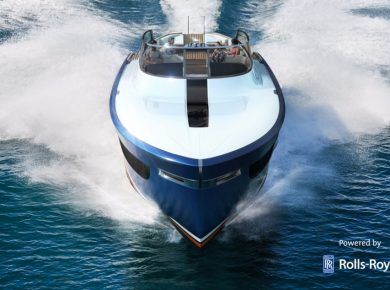 Combining pure elegance and luxury outdoor living with the thrill of high-performance cruising, the blissful 65-feet Rolls-Royce Aeroboat S6 is ready to seduce each and every single one of us.…
View Post