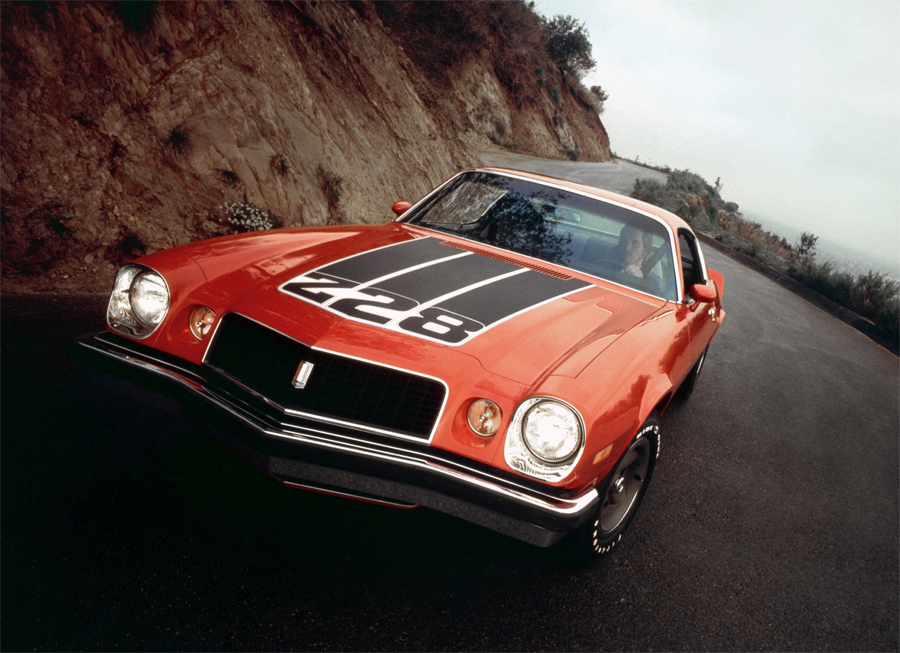 If you’re a classic car enthusiast, then you know that the market is always changing. It can be tough to keep up with all of the latest updates, but we’ve got you covered.

Here, we’ll take a look at some of the best classic cars on the market right now so that you won’t have to do an extensive search. Whether you’re looking for a new project or just want to admire some beautiful automobiles, this list is sure to please.

The 1957 Chevy Bel Air is a true classic. With its distinctive styling and powerful V8 engine, it’s no wonder this car remains one of the most popular on the market. The Bel Air is available in both two-door and four-door configurations, and there’s even a convertible version for those who want to enjoy the open road. 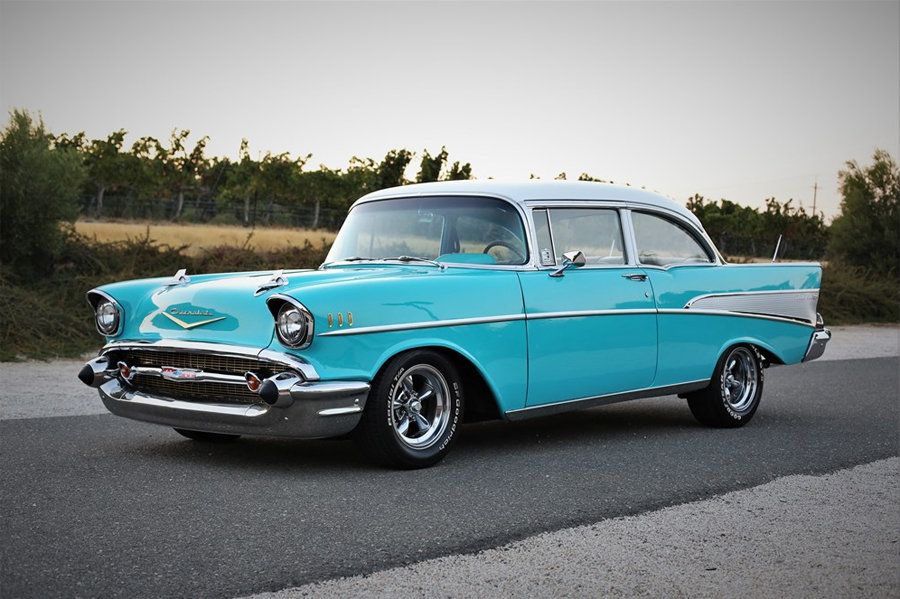 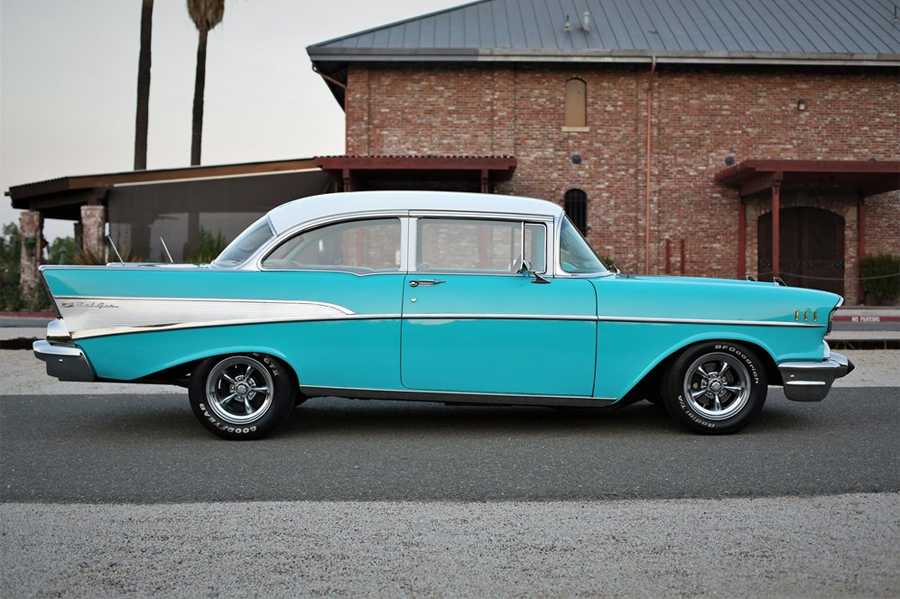 While the exterior of the Bel Air is certainly eye-catching, it’s the interior that really makes this car special. The spacious cabin is trimmed with wood and chrome, and the seats are upholstered in plush fabrics. If you’re looking for a classic car that’s sure to turn heads, the 1957 Chevy Bel Air is a great choice. 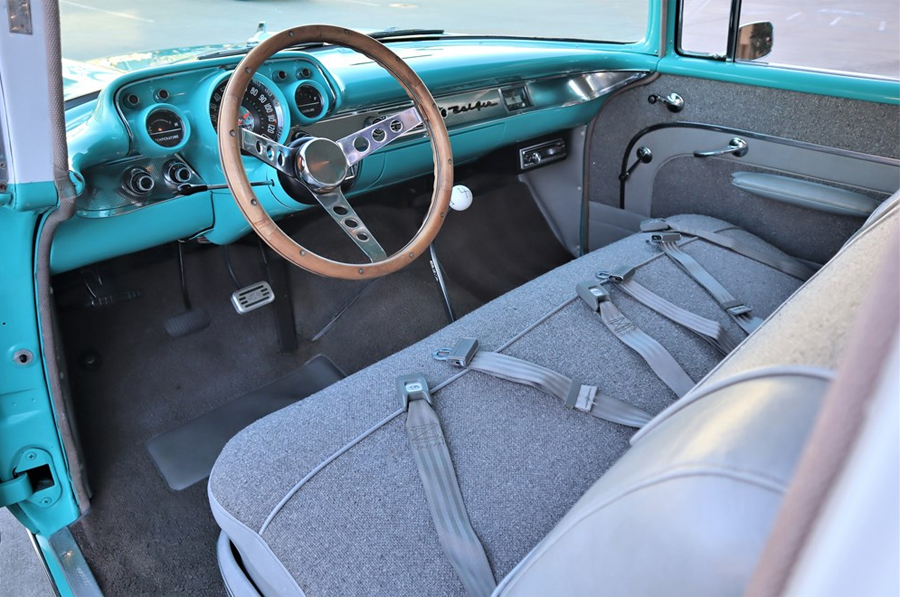 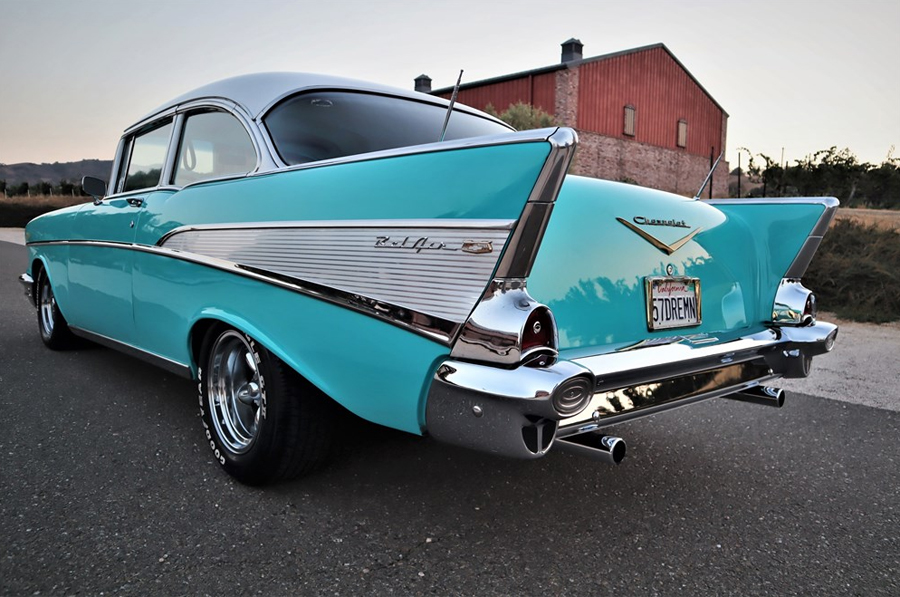 One of the most popular classic cars on the market right now is the 1966 Ford Mustang. The first-generation Mustang was introduced in 1964 and became an instant hit, selling over one million units in just three years. 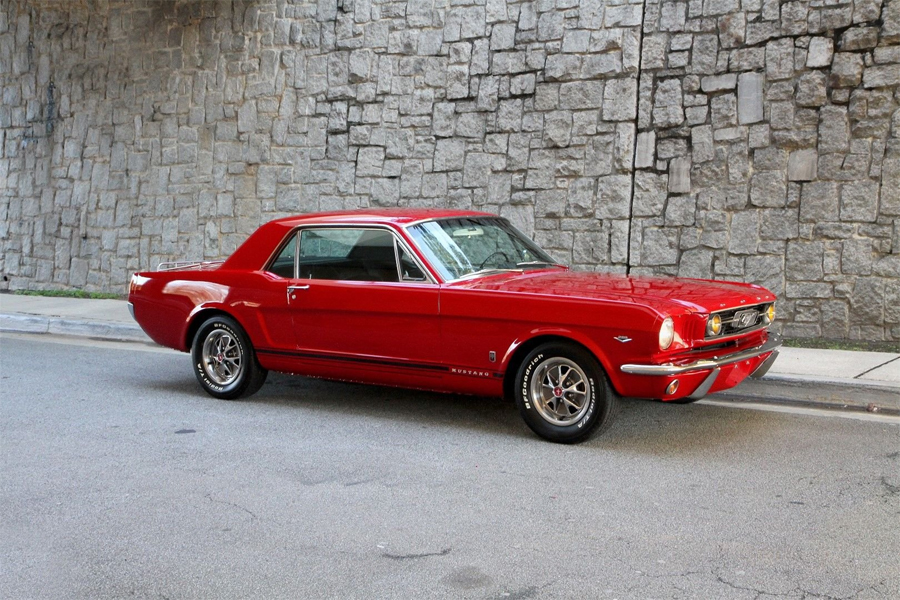 The Mustang was originally designed as an affordable and practical entry-level car. But its stylish looks and powerful engine options soon made it a favorite among automotive enthusiasts. Today, the 1966 Mustang is highly sought-after by collectors and can fetch six-figure prices at auction. 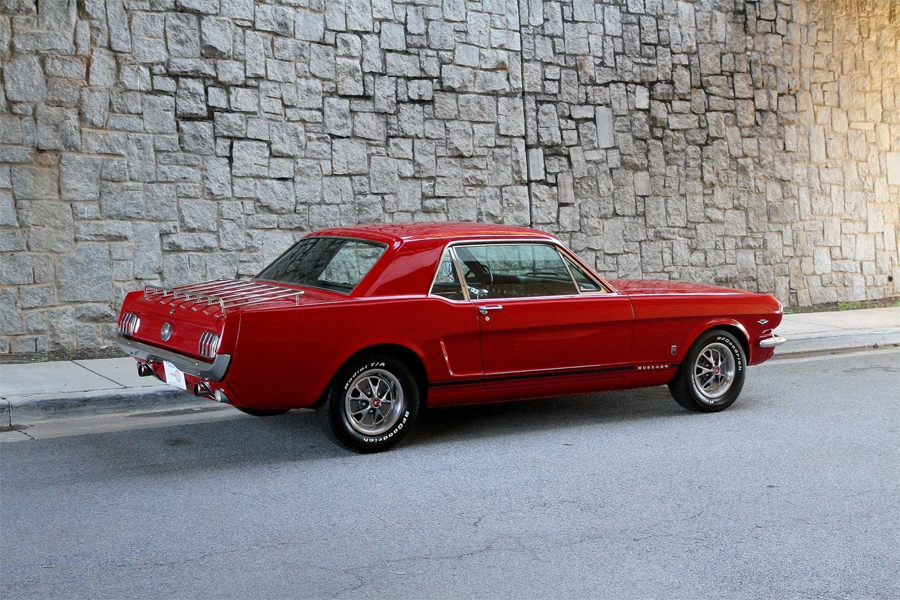 However, even if you’re not looking to make a financial investment, the Mustang is still a hugely enjoyable car to drive. With its V8 engine and sleek design, the Mustang will garner you some looks whether you’re cruising down the highway or parked at a classic car show. 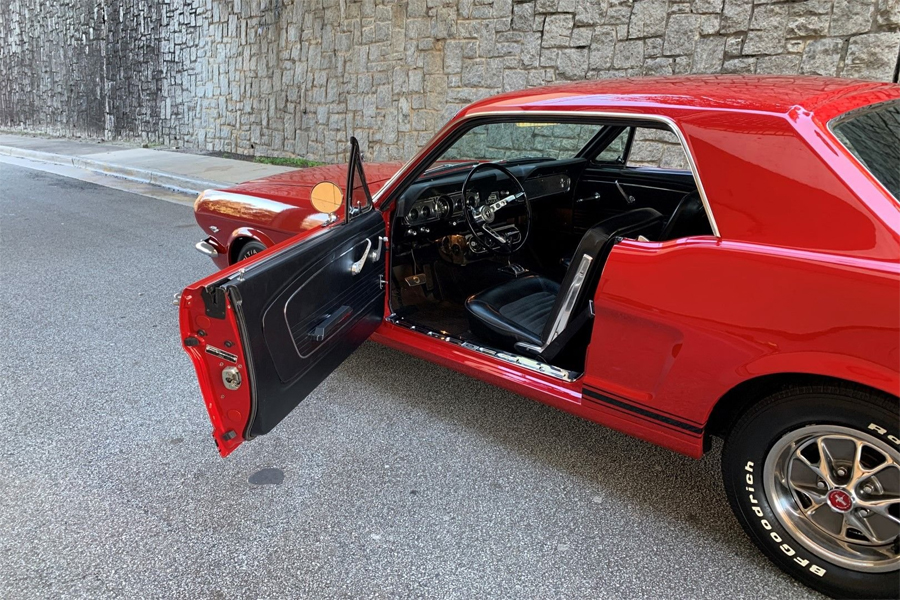 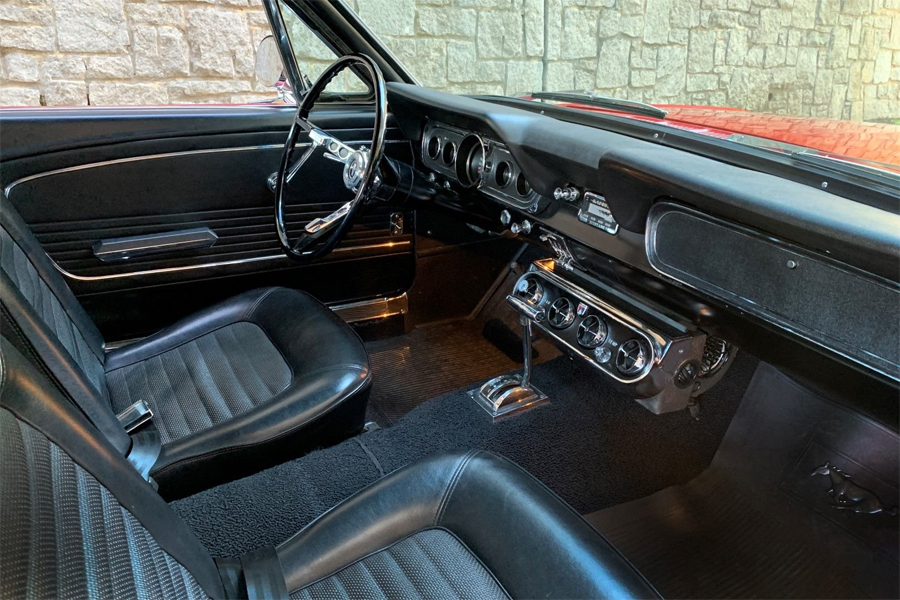 The 1970 Plymouth Barracuda is often cited as one of the best classic cars on the market. This American muscle car was first introduced in 1964, and it quickly became a favorite among gearheads and drag racers. 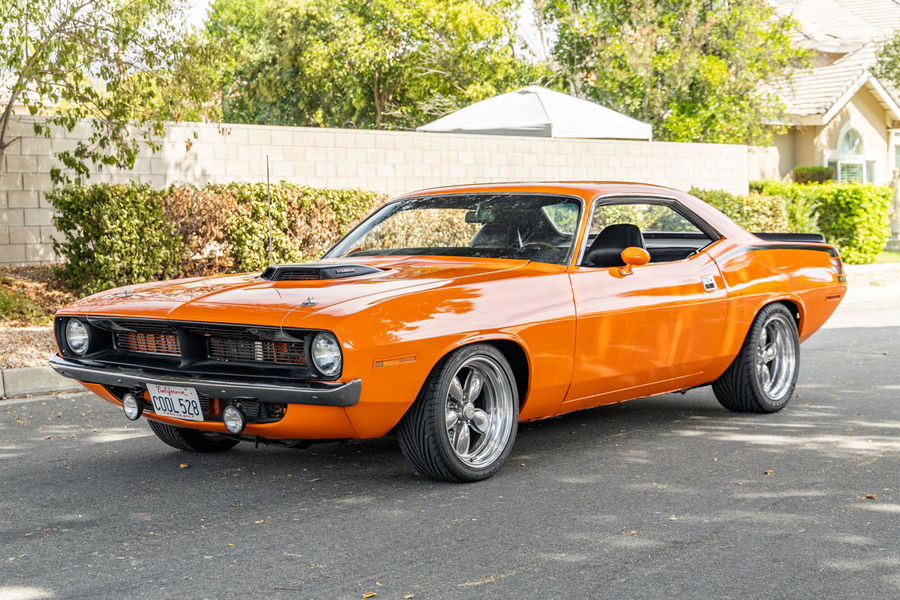 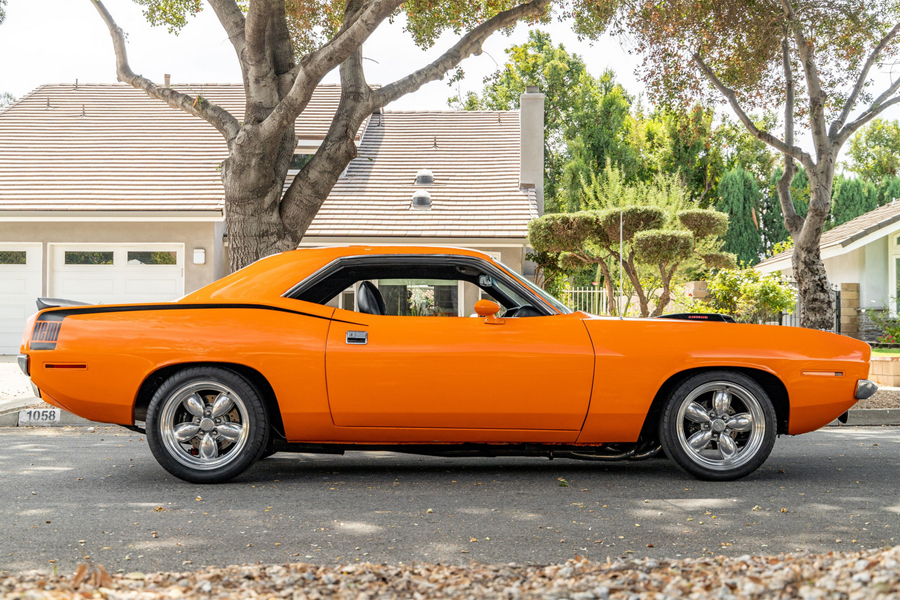 The Barracuda was updated for the 1970 model year, and it received a new grille, taillights, and hood. Under the hood, there was a choice of three different engines: a 225-cubic-inch inline-six, a 340-cubic-inch V8, or a 375-horsepower 426-cubic-inch Hemi V8. The Hemi engine was only available on the top-of-the-line Cuda model, and it gave the car impressive acceleration times. 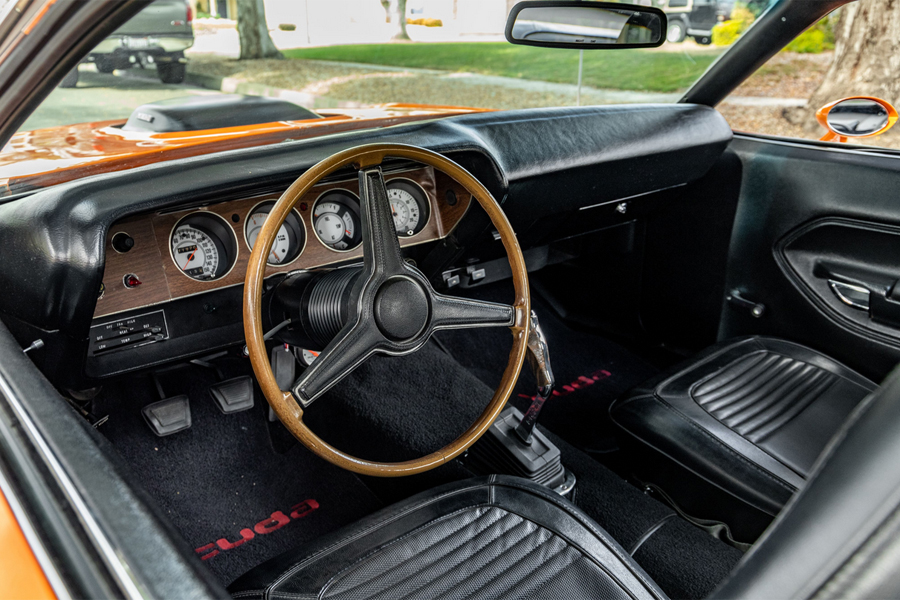 Today, the 1970 Plymouth Barracuda is a highly sought-after collector car, and it remains an excellent option for anyone looking for a classic muscle car. 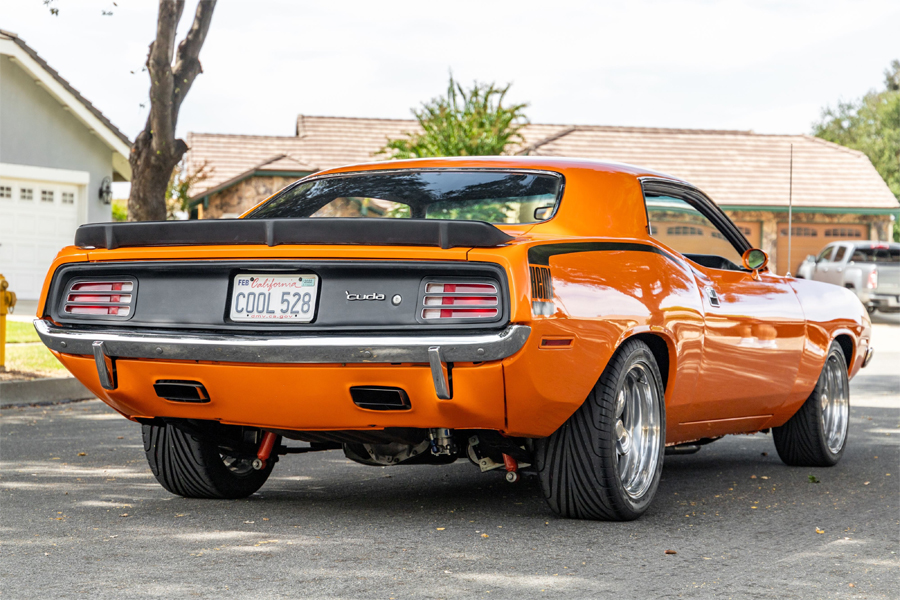 When it comes to classic cars, there are few that can match the sleek style and powerful performance of the 1972 AMC Javelin AMX. Debuting in 1968, the Javelin was AMC’s answer to the growing muscle car market. 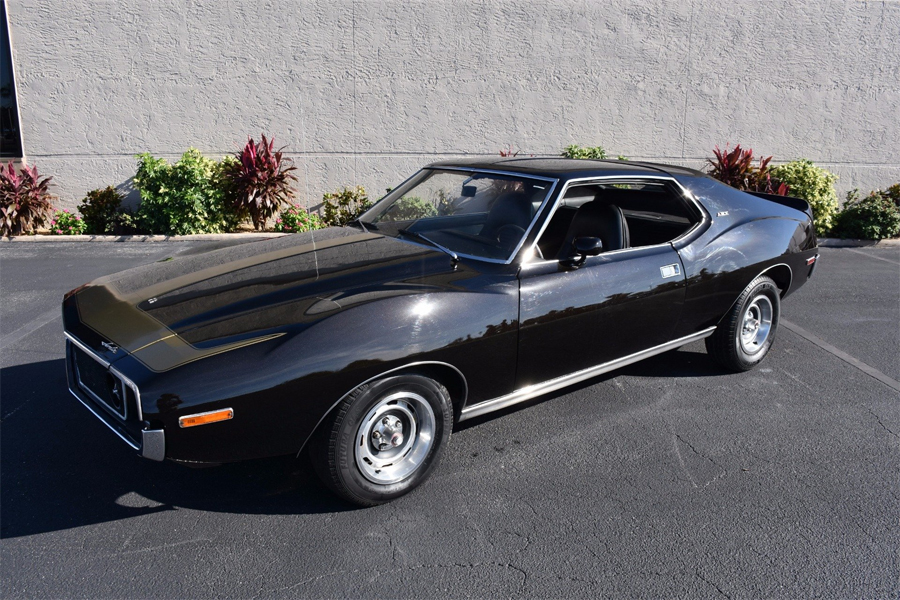 The Javelin AMX, which debuted in 1971, took things to the next level with a more aggressive design and a host of upgrades under the hood. Powered by a 5.9-liter V8 engine, the Javelin AMX could sprint from 0-60 in just 6.8 seconds. Although it was only produced for two years, the Javelin AMX remains one of the most desirable classic cars on the market today. 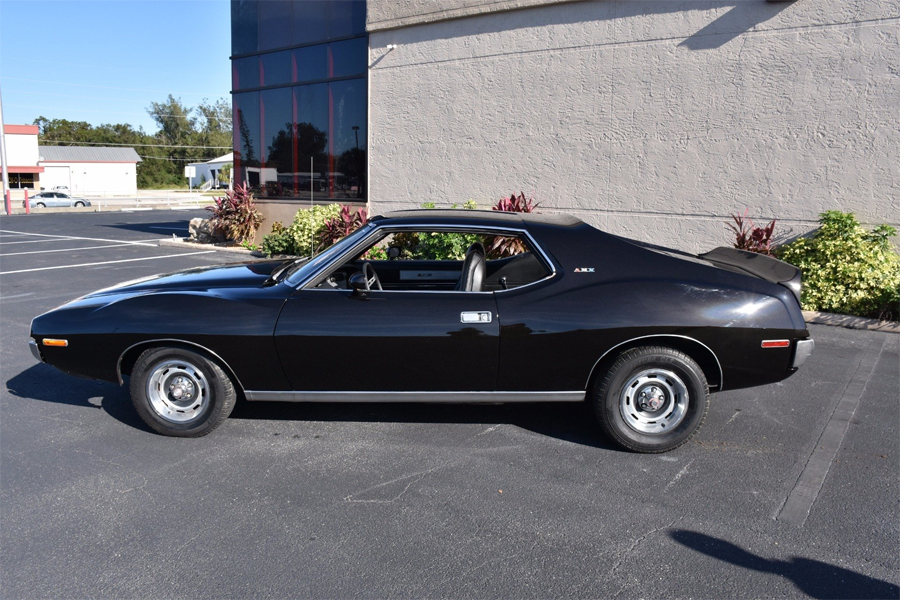 Thanks to its collectible status, mint-condition models can fetch upwards of $100,000 at auction, but be sure to compare vehicle insurance quotes as well. However, even less-perfect examples can be had for a fraction of that price, making the Javelin AMX an attainable classic for car enthusiasts of all budgets. 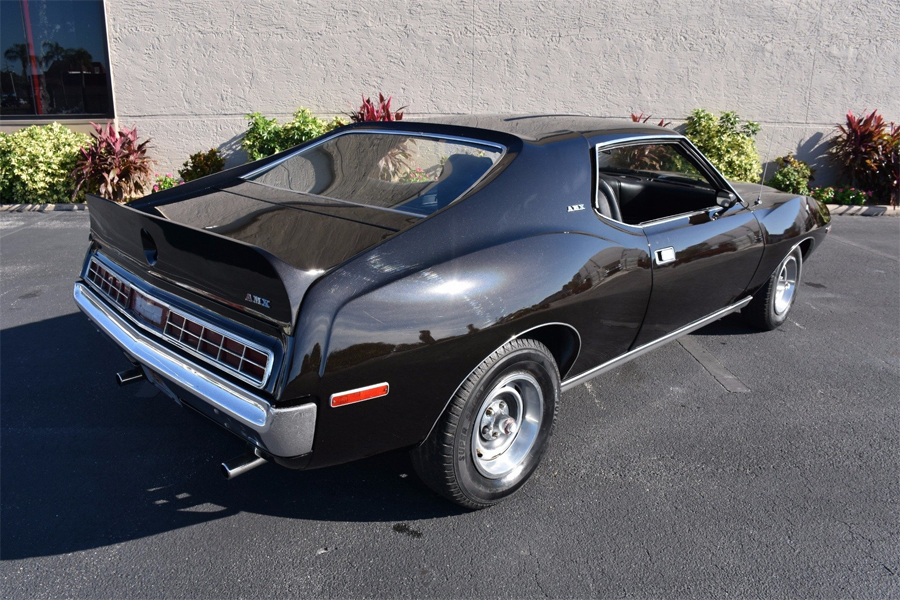 In 1974, the second-generation Camaro was introduced and it quickly became one of the most popular cars on the market. The Camaro continued to be one of Chevrolet’s best-selling models throughout the 1970s and 1980s. 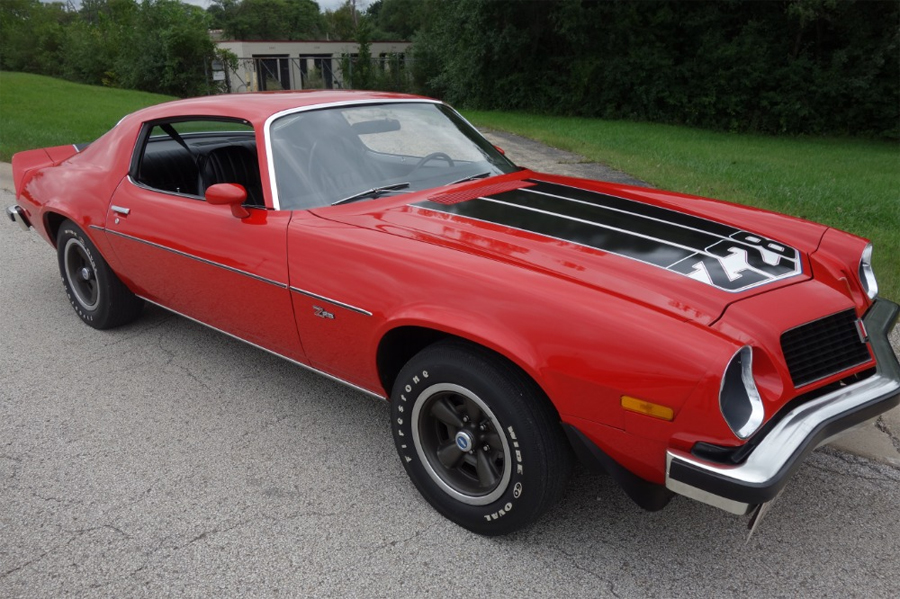 Even today, the Camaro remains a popular choice among classic car enthusiasts. Thanks to its stylish design and powerful engine, the Camaro is a true muscle car classic. 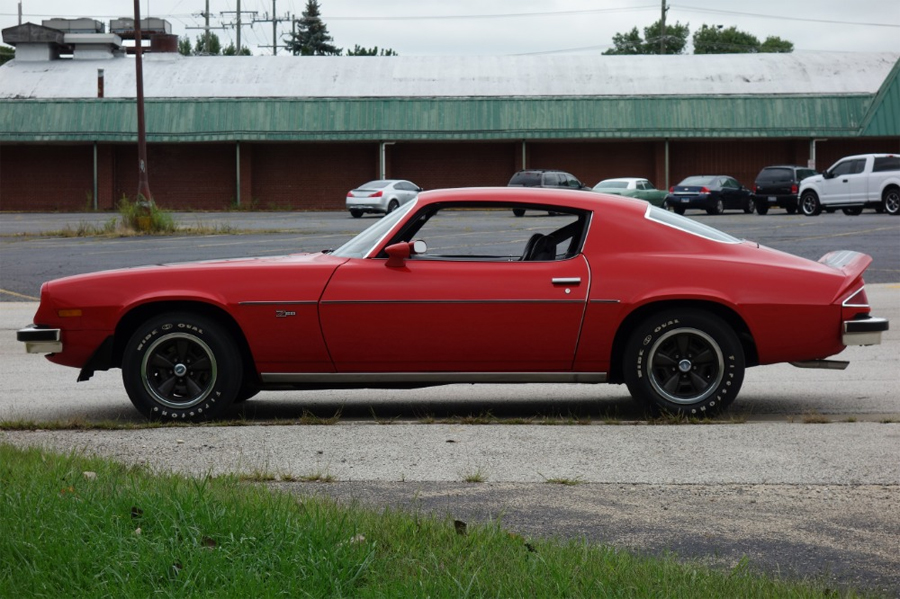 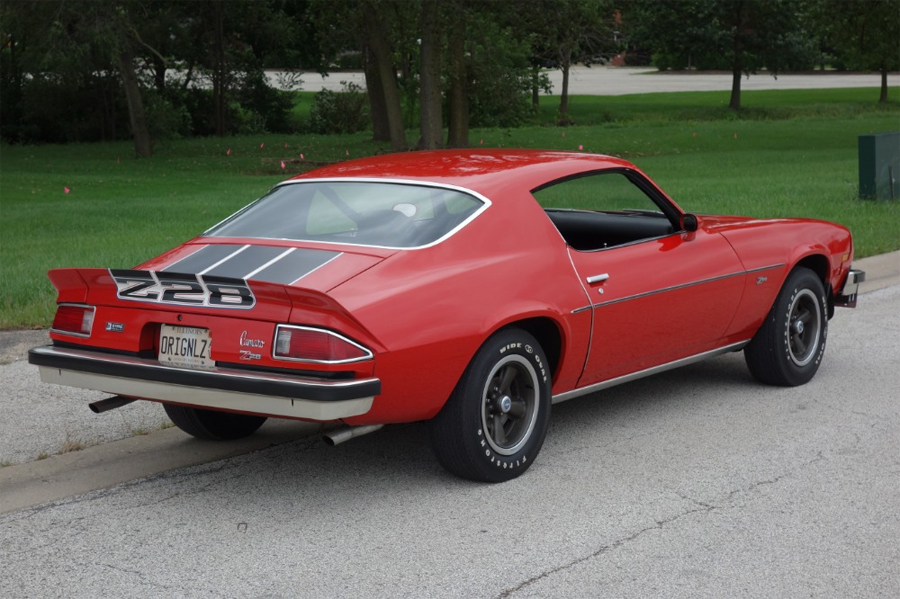 The 1976 Pontiac Firebird Trans Am is a classic muscle car that remains popular to this day. It was originally introduced in 1967, and it quickly became one of the most popular cars on the market. The Trans Am was designed to be a high-performance version of the Firebird, and it featured a larger engine and a more aggressive suspension. The result was a car that could easily hold its own against rivals like the Chevrolet Camaro and Ford Mustang. 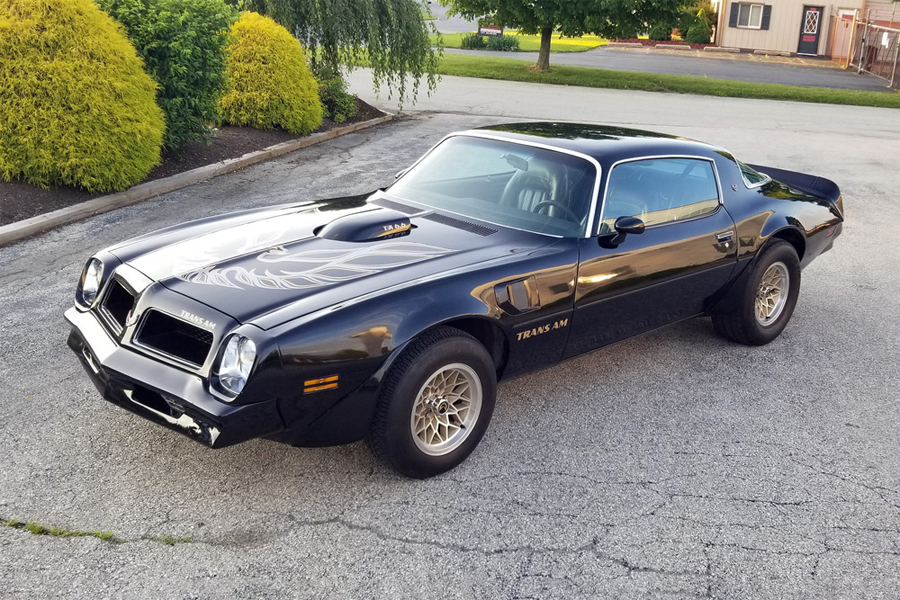 Today, the Trans Am is prized by collectors for its style and performance, and it remains one of the most sought-after classic cars on the market. If you’re looking for a truly authentic American muscle car, the 1976 Pontiac Firebird Trans Am is definitely worth considering. 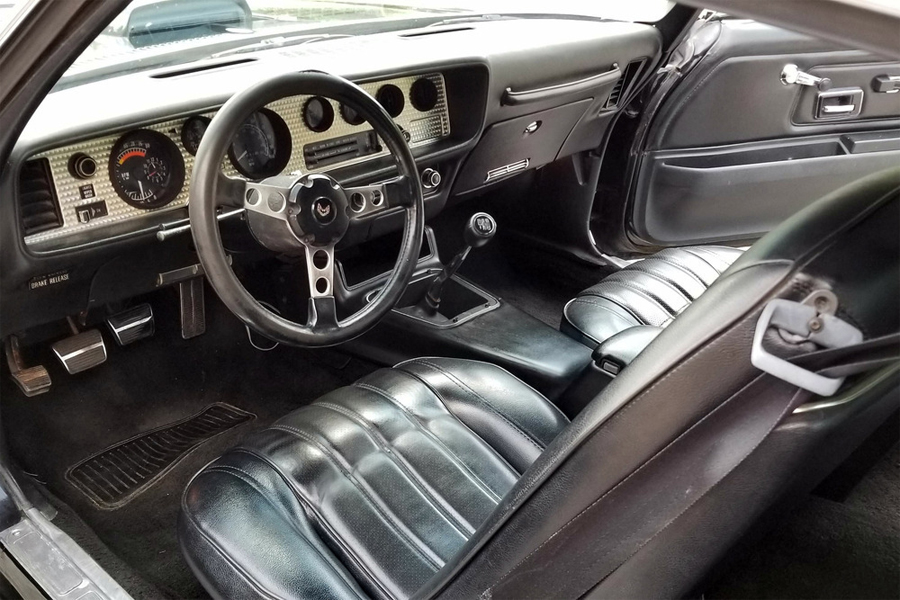 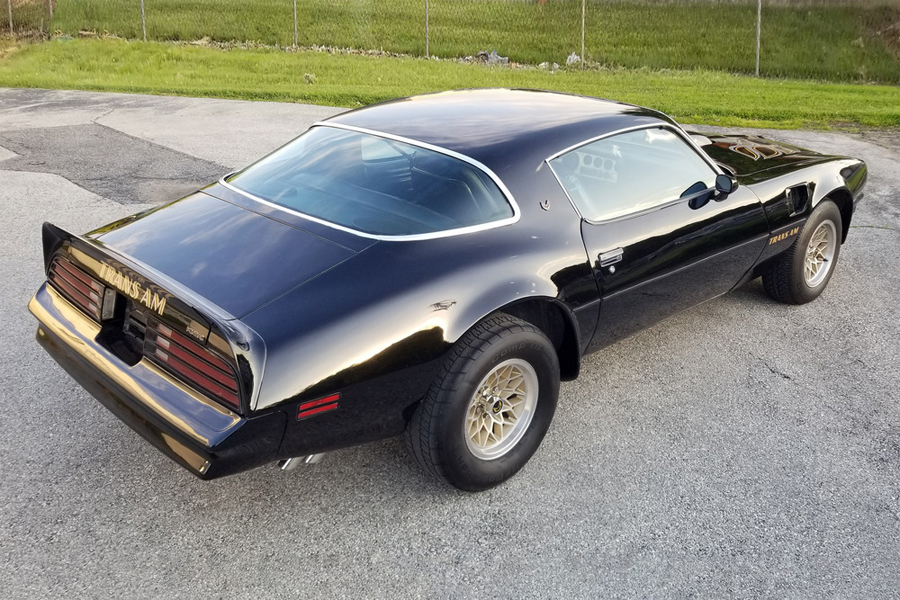 The 1950s were a time of prosperity and innovation, and that spirit of optimism is reflected in the classic cars of the era. Among these retro gems, the 1959 Chrysler Valiant stands out as a true icon. 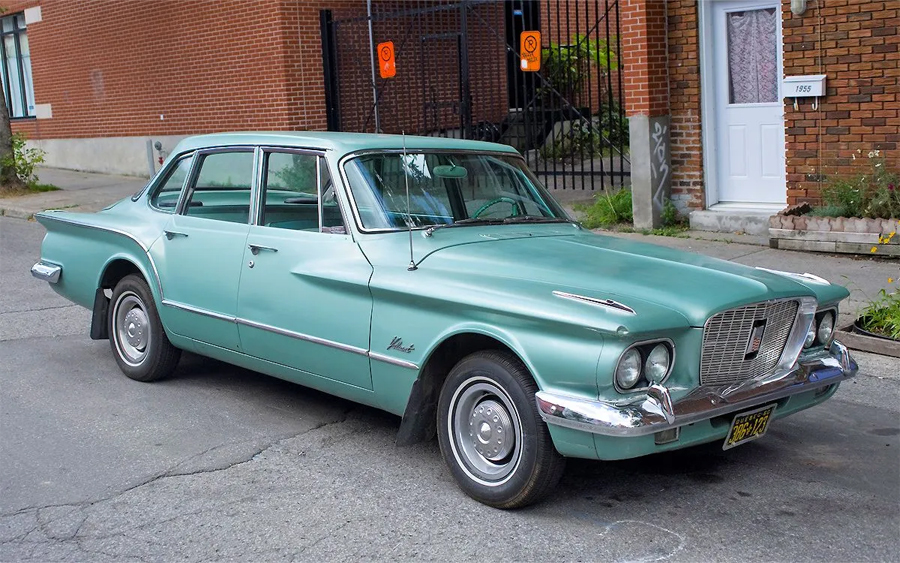 Under its stylish exterior, the Valiant boasts a powerful V8 engine that delivers plenty of power and torque. But it’s not just about raw performance – the Valiant also offers excellent handling and road feel, thanks to its well-balanced chassis. Add in a luxurious interior with plenty of room for passengers and luggage, and it’s easy to see why the Valiant is still one of the most popular classic cars on the market today. 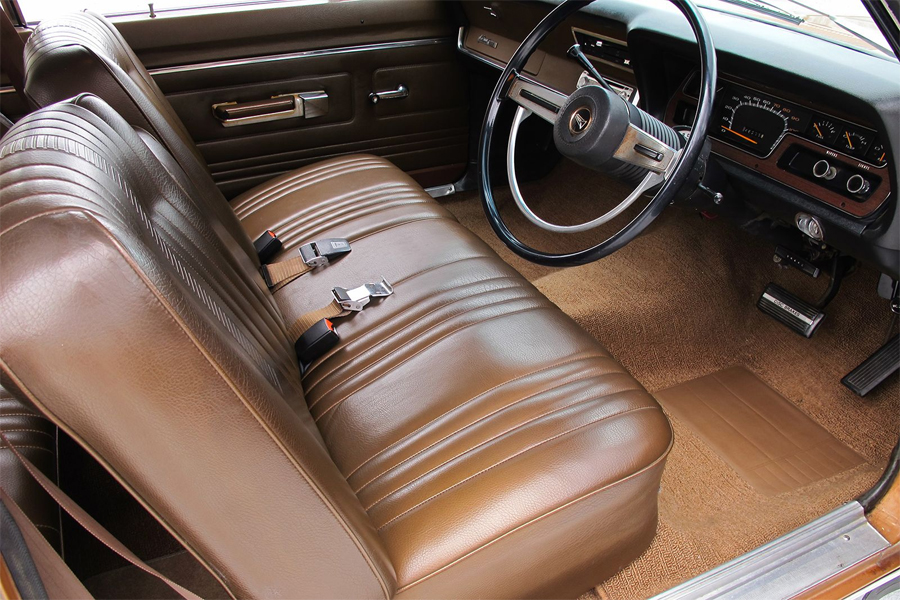 So, if you’re looking for a taste of nostalgia that can still hold its own on the open road, the Chrysler Valiant should definitely be at the top of your list. 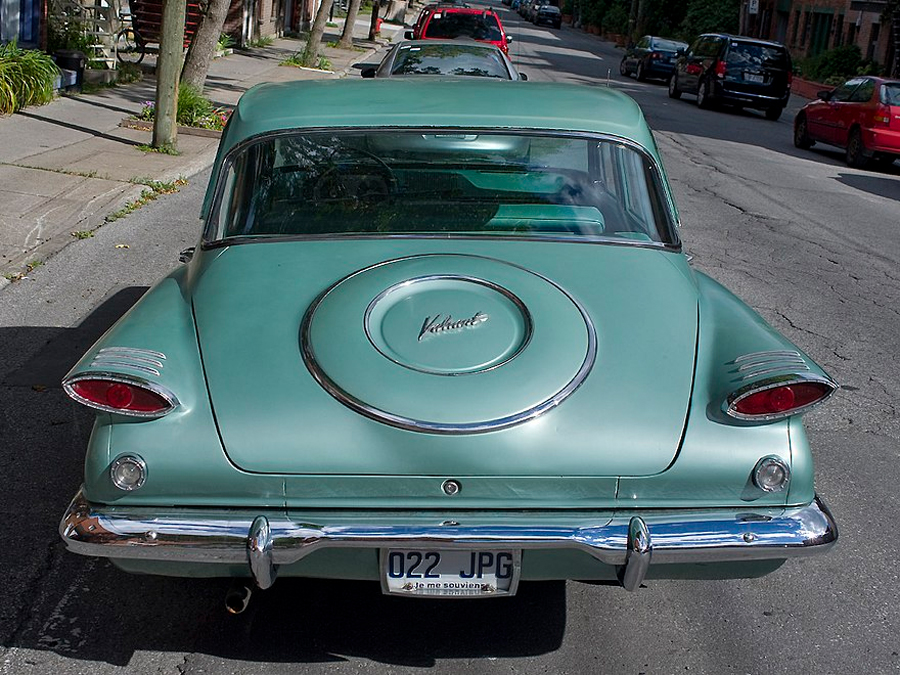 The 1967 Ford Fairlane was one of the most iconic muscle cars of its time, and it remains popular with collectors today. The Fairlane was available in a variety of engine options, including a powerful V8 that could propel the car to speeds of up to 150 miles per hour. 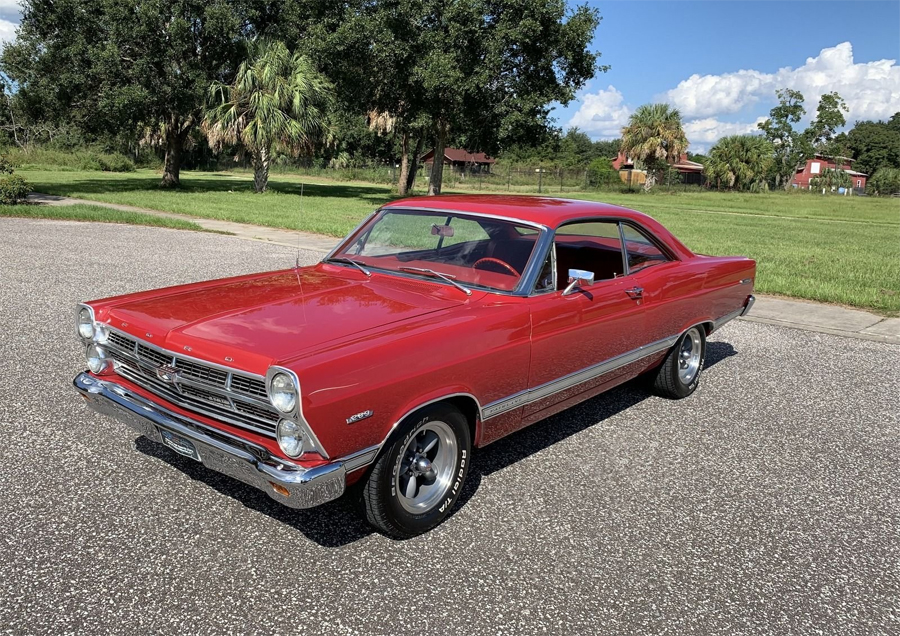 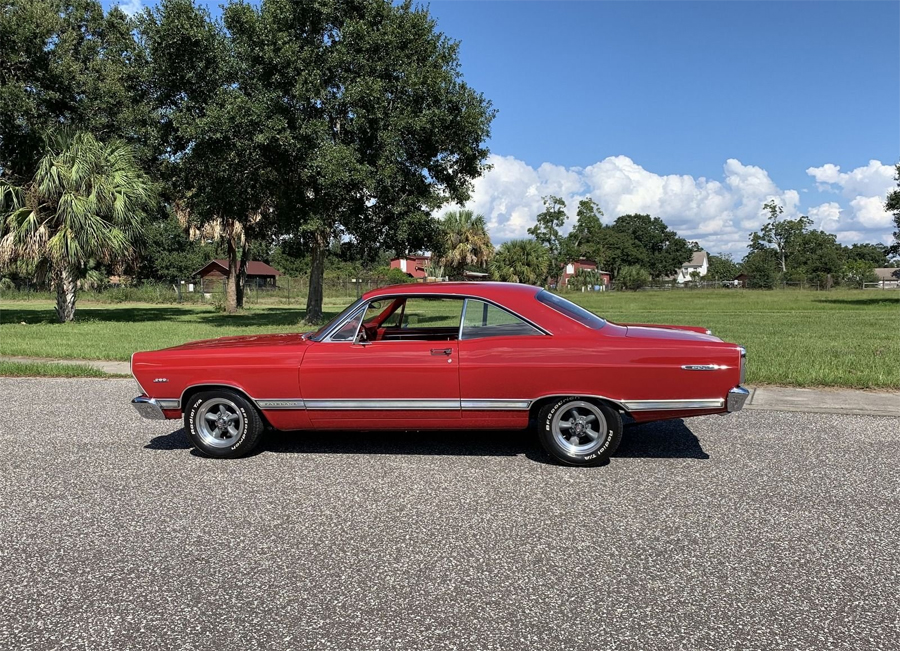 The car’s stylish design and impressive performance helped to make it a favorite among gearheads, and it remains one of the most sought-after classic cars on the market. If you’re lucky enough to find a 1967 Ford Fairlane for sale, you can be confident that you’re getting your hands on a beloved American classic. 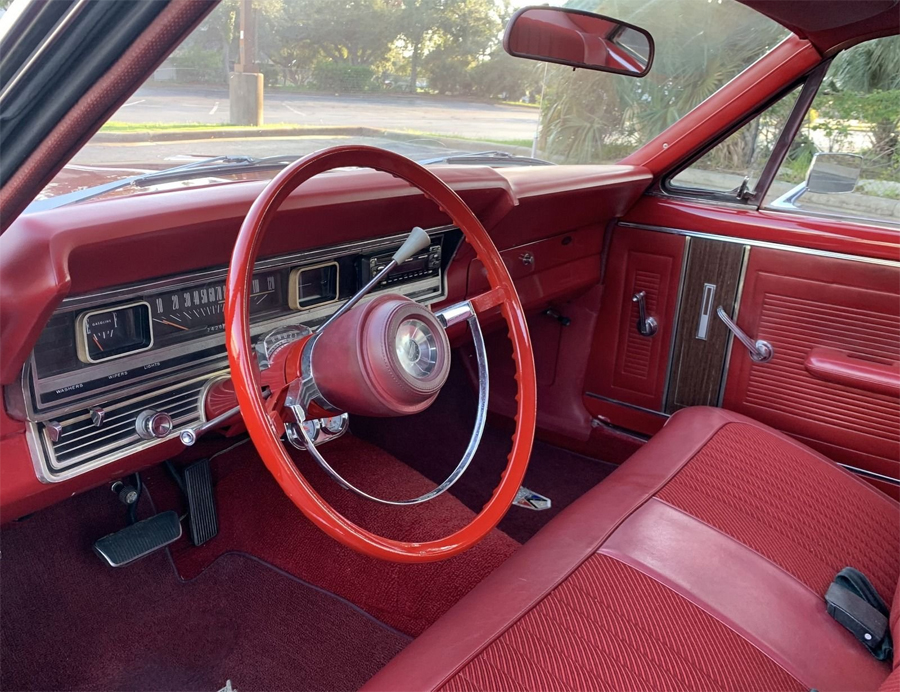 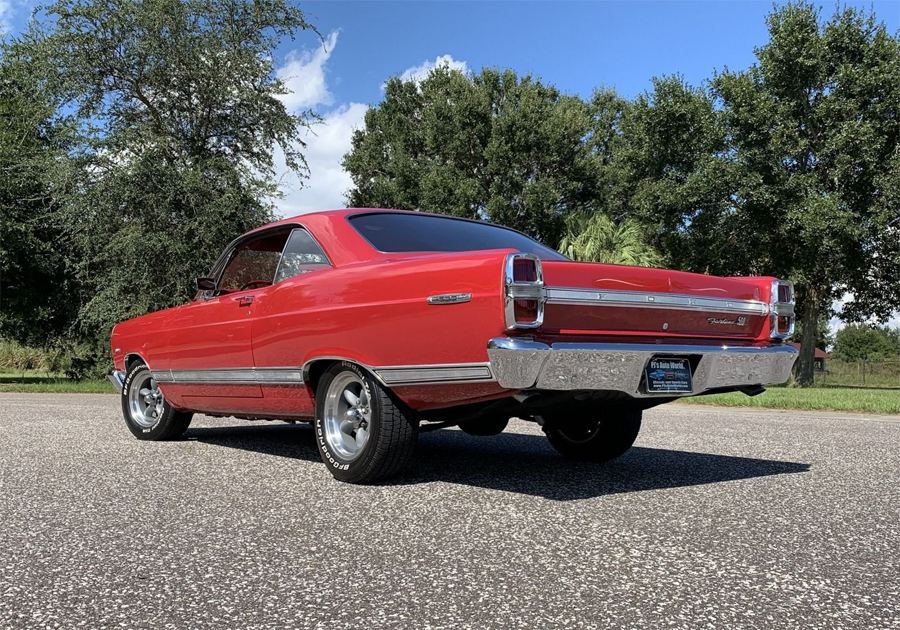 Also don’t forget to check our list of 15 most beautiful vintage cars.