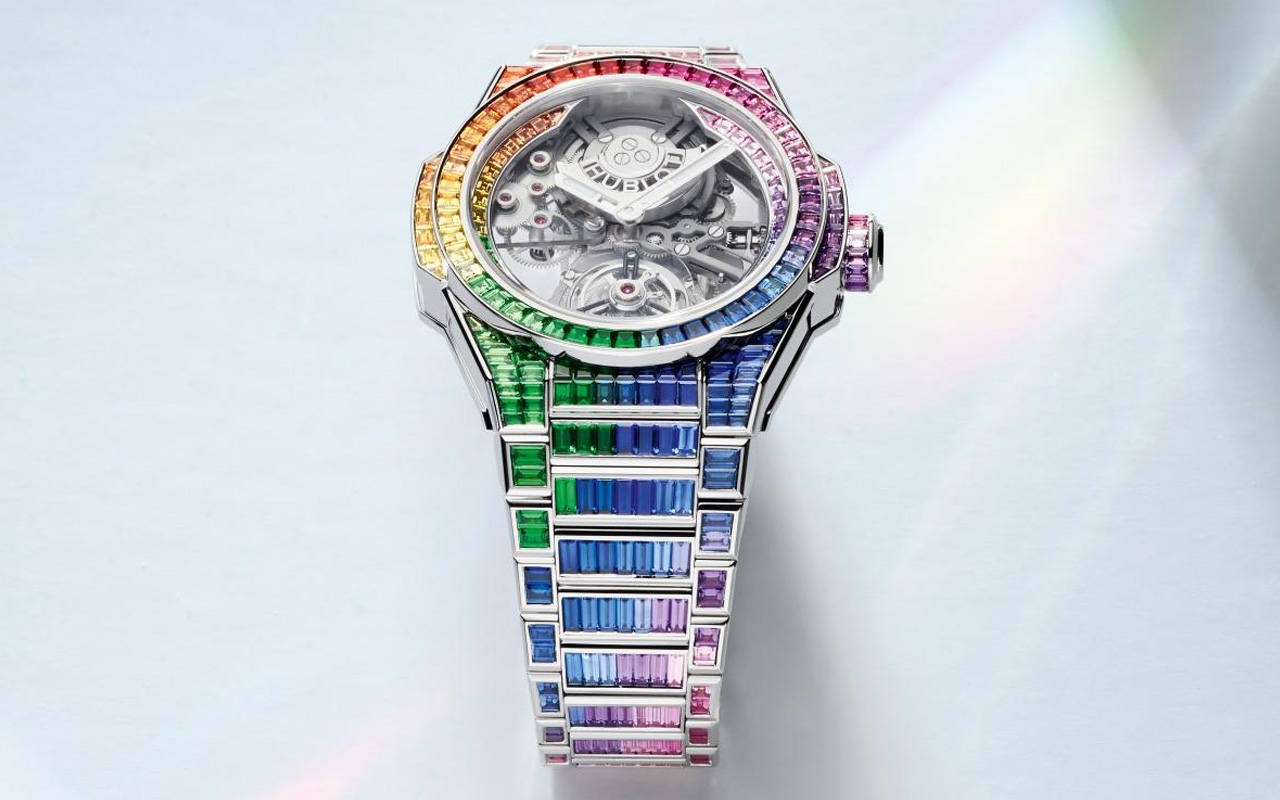 Hublot introduced its first Big Bang Rainbow in 2017. The lineup is getting its most colorful installment yet with the Big Bang Integral Tourbillon Rainbow. The 43mm case in King Gold or white gold is encrusted with 484 invisibly set baguette-cut stones weighing nearly 36 carats and representing the seven colors of the rainbow. Those include red rubies, ultraviolet amethysts, Klein blue topaz, leaf green tsavorites, and fuchsia pink, lemon yellow, and bright orange sapphires. It’s powered by an automatic tourbillon movement that’s designed and manufactured in-house and takes 1,200 hours to build. The Big Bang Integral Tourbillon Rainbow is now available starting at $790,000. And the prie tag makes them one of the most expensive watches in the world. 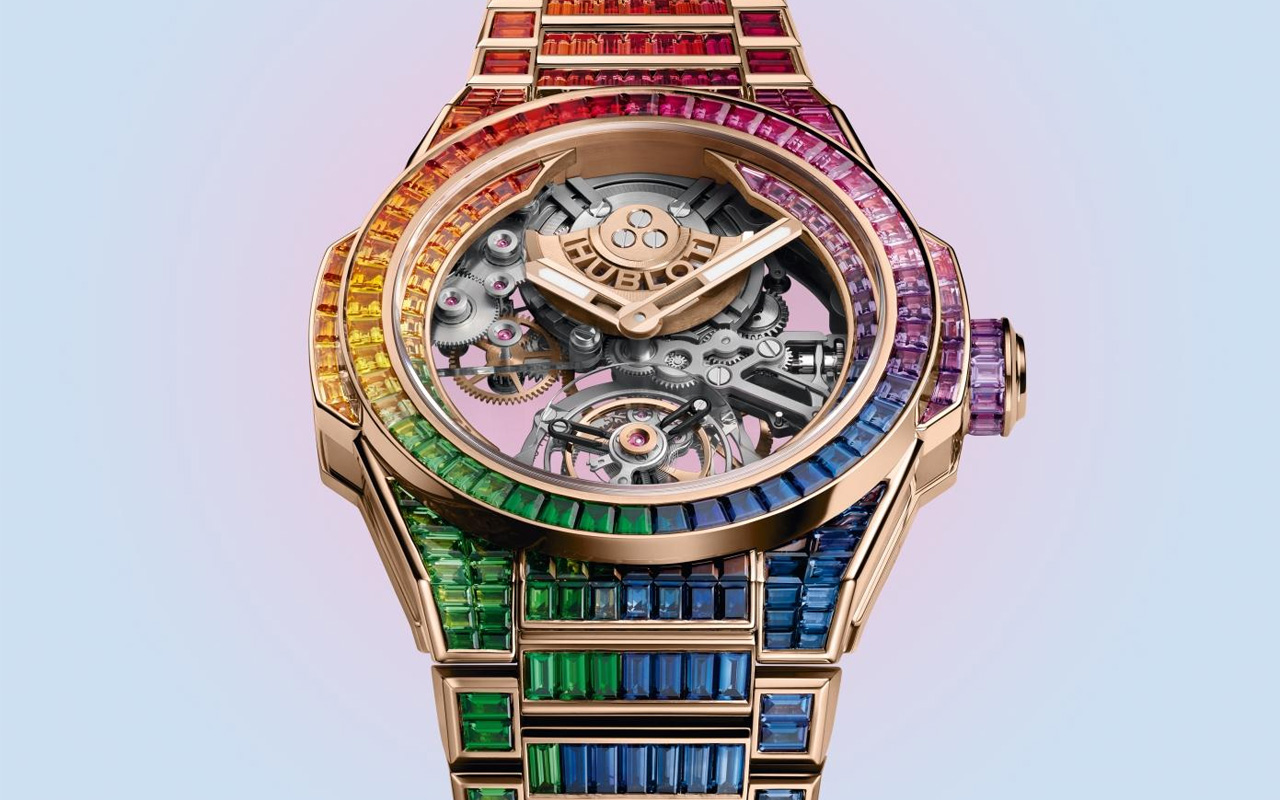 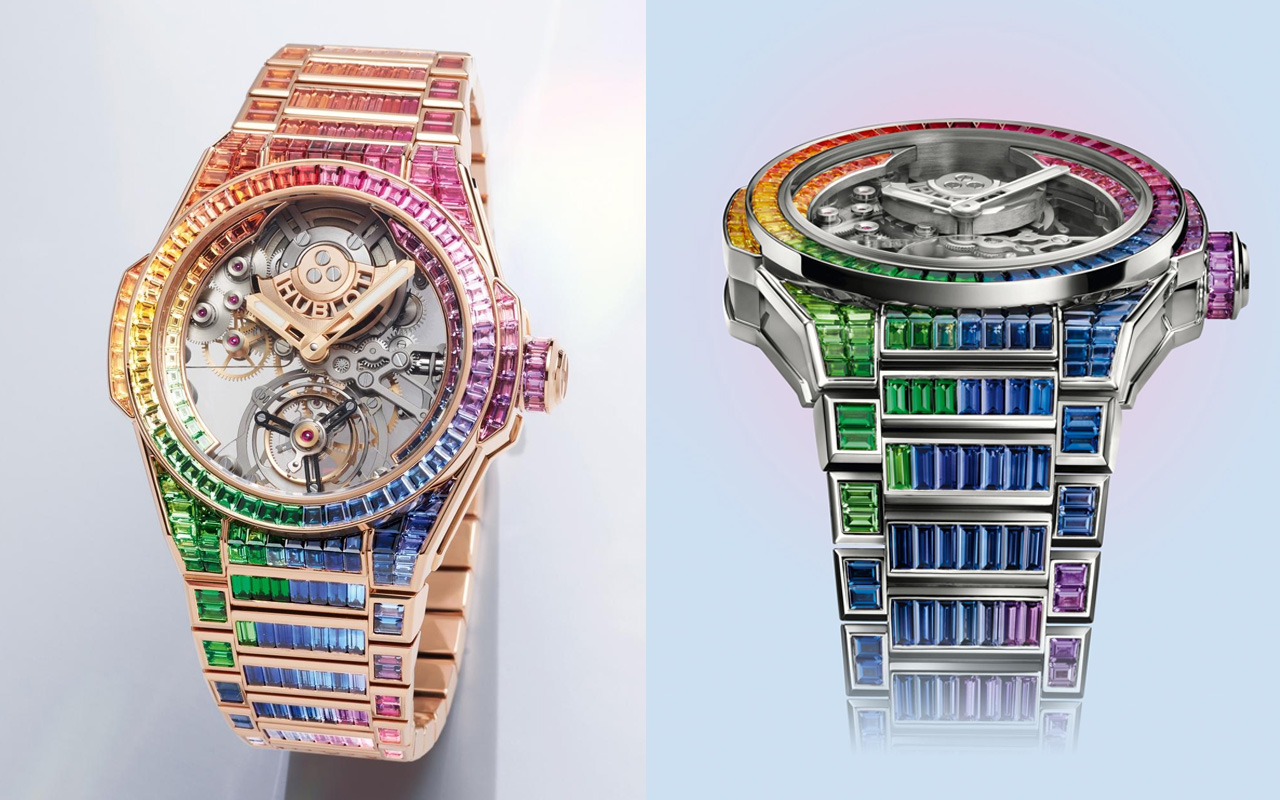 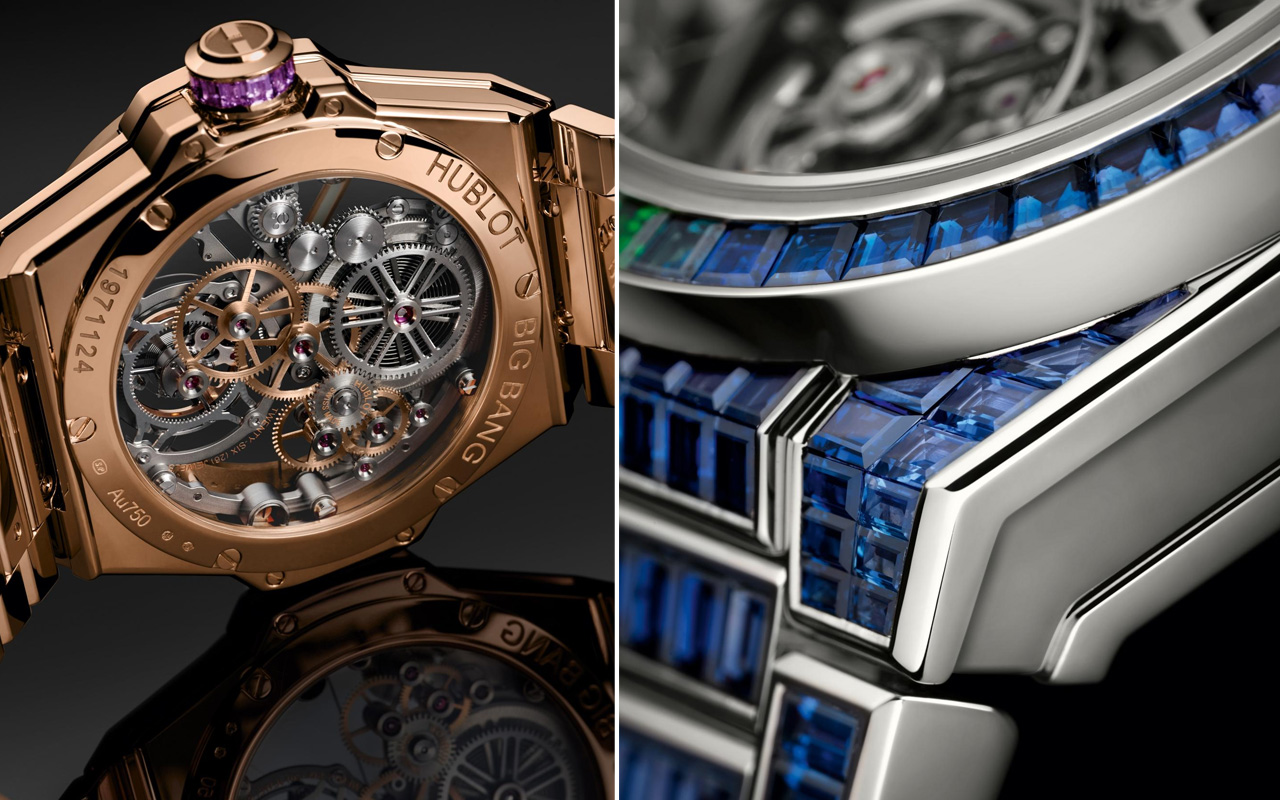 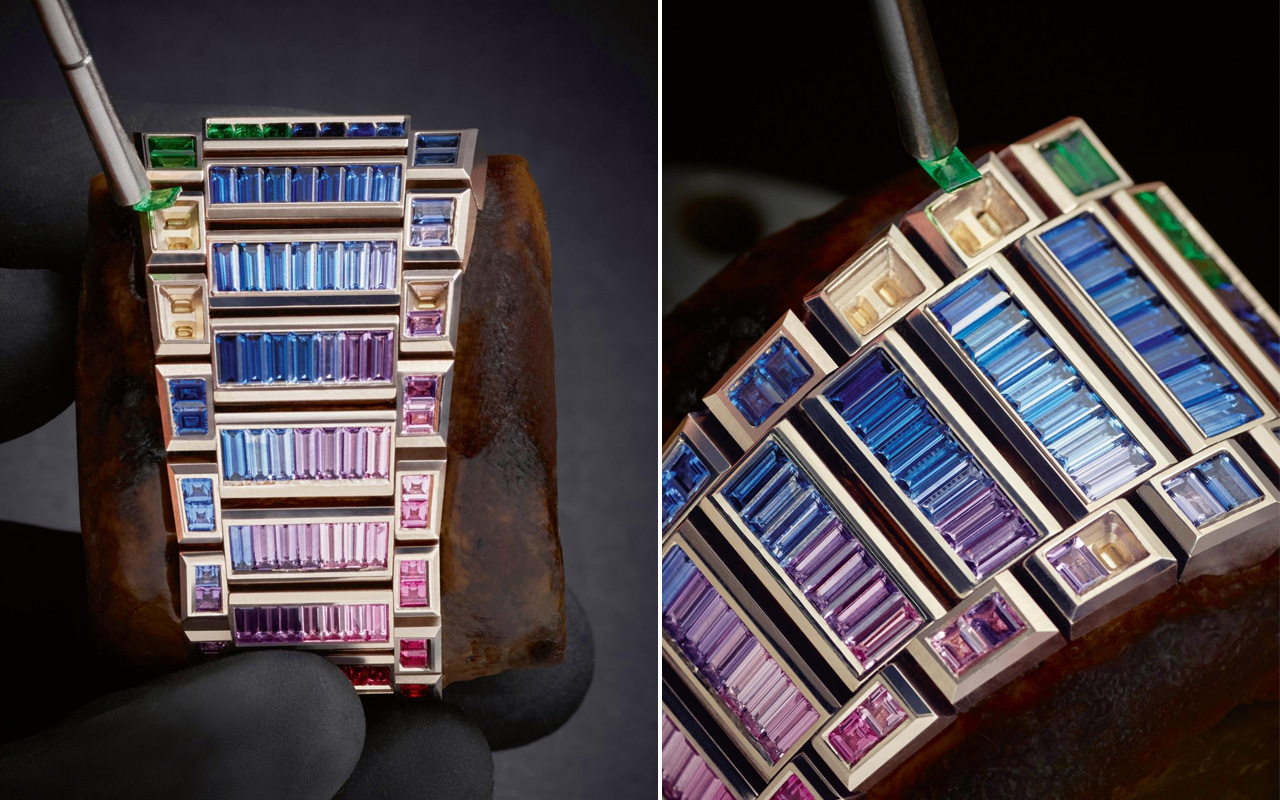 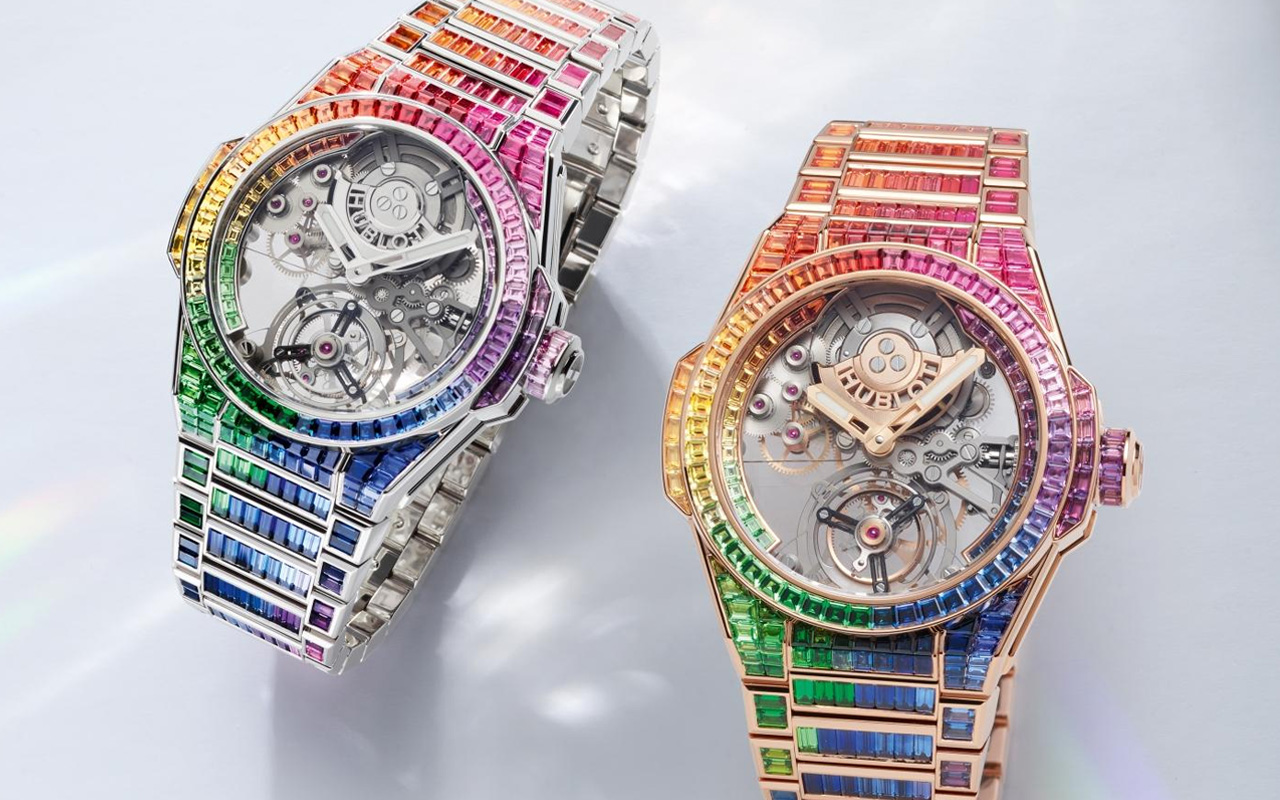