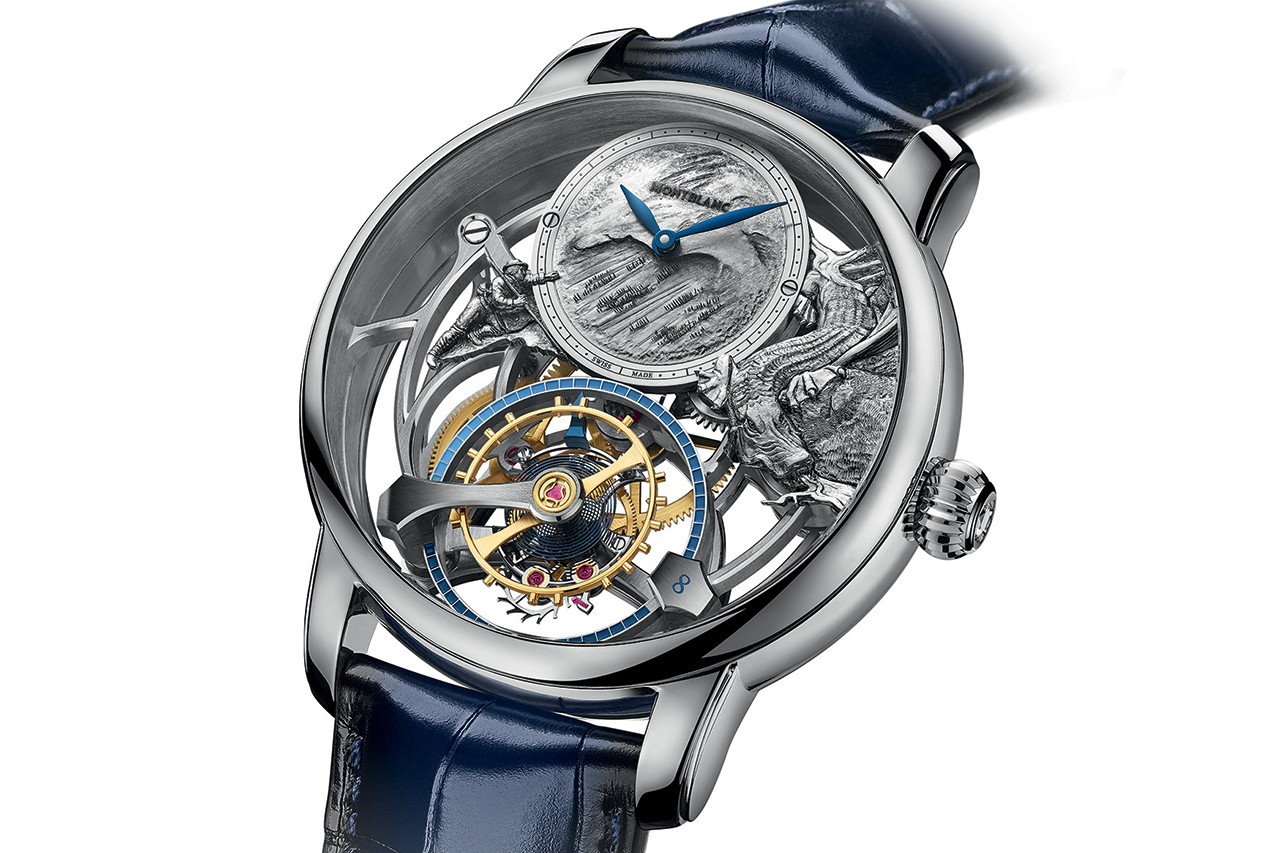 Montblanc has dropped an eight-piece $156,000 USD limited edition tourbillon to mark the first ascent of Mont Blanc. The Star Legacy Suspended Exo Tourbillon Skeleton The Ascent LE features a new skeleton movement architecture, decorated with a hand-engraved wyvern – a mythical creature that was believed to live on the French mountain’s Mer de Grace glacier – at the three o’clock position, while the dial at the 12 o’clock features a hand-engraved relief of Mont Blanc itself, with an 18ct white gold figure of the first mountaineer to reach the 15,774ft summit, Jacques Balmat, in 1786. 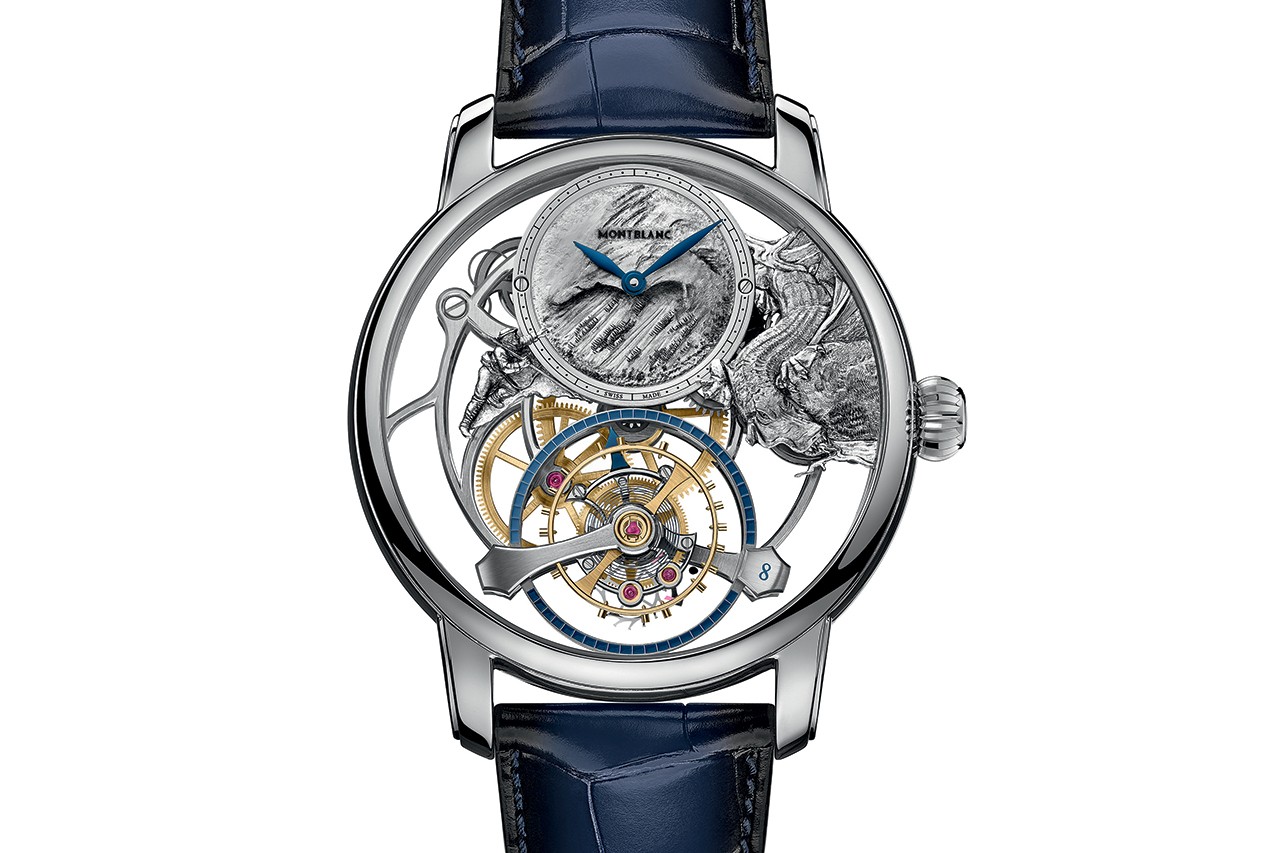 Montblanc’s proprietary Exo Tourbillon sits at the six o’clock, floating above the dial with its balance wheel oscillating at 18,000vph outside of its tourbillon cage. The manually wound Calibre MB M18.69 movement took 12 months to rework in a skeleton form and features no fewer than 420 internal angles that have to be polished by hand. Limited to eight pieces, the Star Legacy Suspended Exo Tourbillon Skeleton The Ascent LE is available now via Montblanc, priced $156,000 USD. And don’t forget to check 10 most expensive watches in the world. 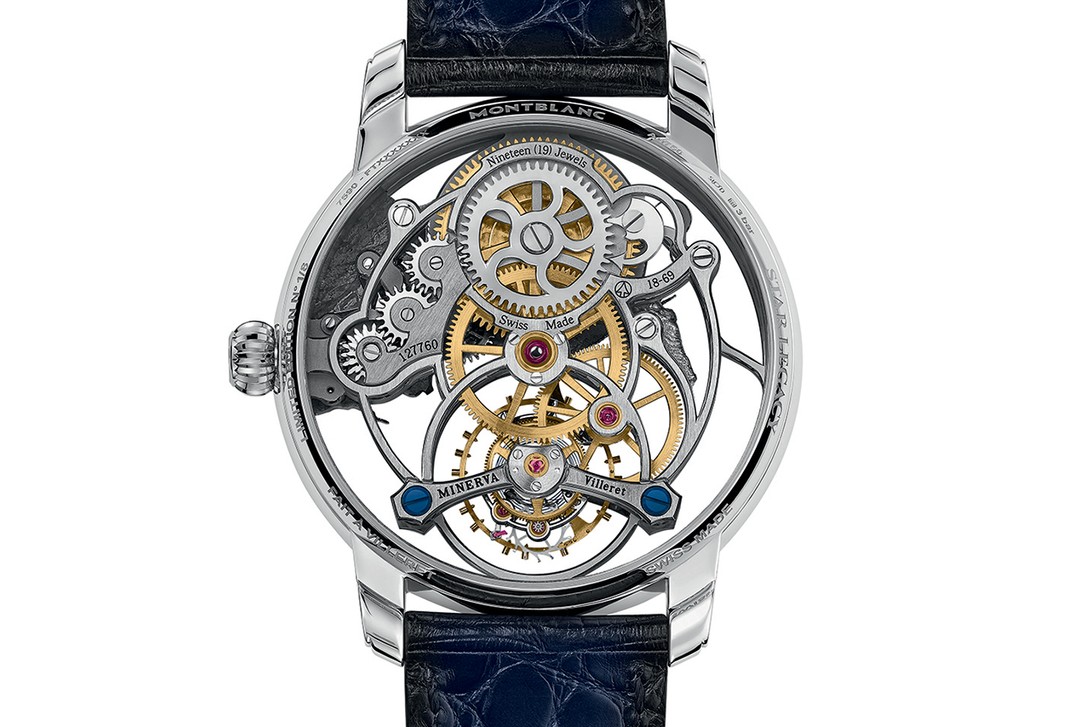 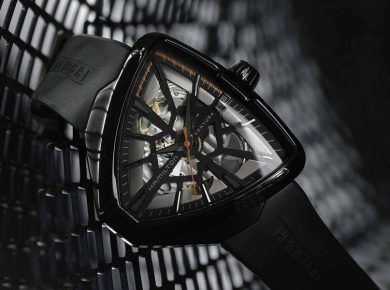 The new limited edition of Hamilton Ventura Skeleton is a futuristic take on the original iconic Ventura watch of 1957. Inspired by the 2017 Spider-Man: Homecoming movie and worn by…
View Post 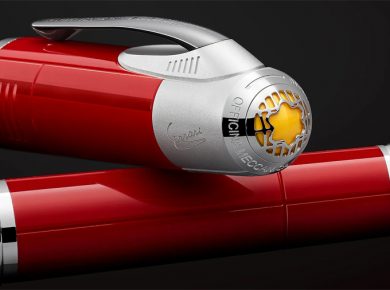