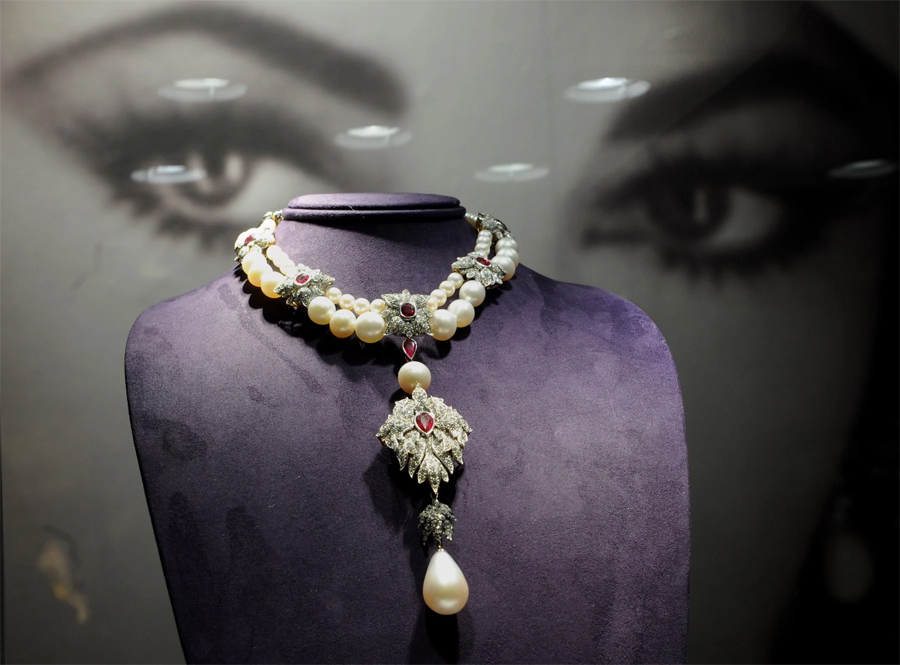 Pearls have long symbolized power, wisdom, and wealth. The only gem created by a living being, pearls occupy a special place in our hearts. The product of an oyster reacting to a grain of sand or other foreign substance, the pearl forms around the irritant with a protective substance known as nacre. It’s hard to believe that such a thing of beauty could have such a humble origin. At the same time, it is not surprising that such a unique object is known as the Queen of Gems. Pearls were once incredibly rare and thus reserved for the super-rich.

But after the process of culturing pearls was invented about a hundred years ago, pearls became more affordable for the general population. Because pearls are made differently from other gemstones, they have their own unique set of criteria for judging quality. You’ve probably heard of the four Cs for diamonds (cut, color, carat, and clarity). When it comes to pearls, whether natural or cultured, their value is based on seven factors: size, shape, color, luster, nacre quality, surface quality, and, in the case of strands, bracelets, or pearl rings with multiple pearls, how well the pearls are matched. That said, every pearl is unique, and cannot be judged by using a simple checklist or mathematical scale. Special characteristics, even a jewel’s history, also factor into its valuation. Because of this, the most precious pearls aren’t necessarily the ones you’d expect. Read on to learn about the 10 most expensive pearls in the world. 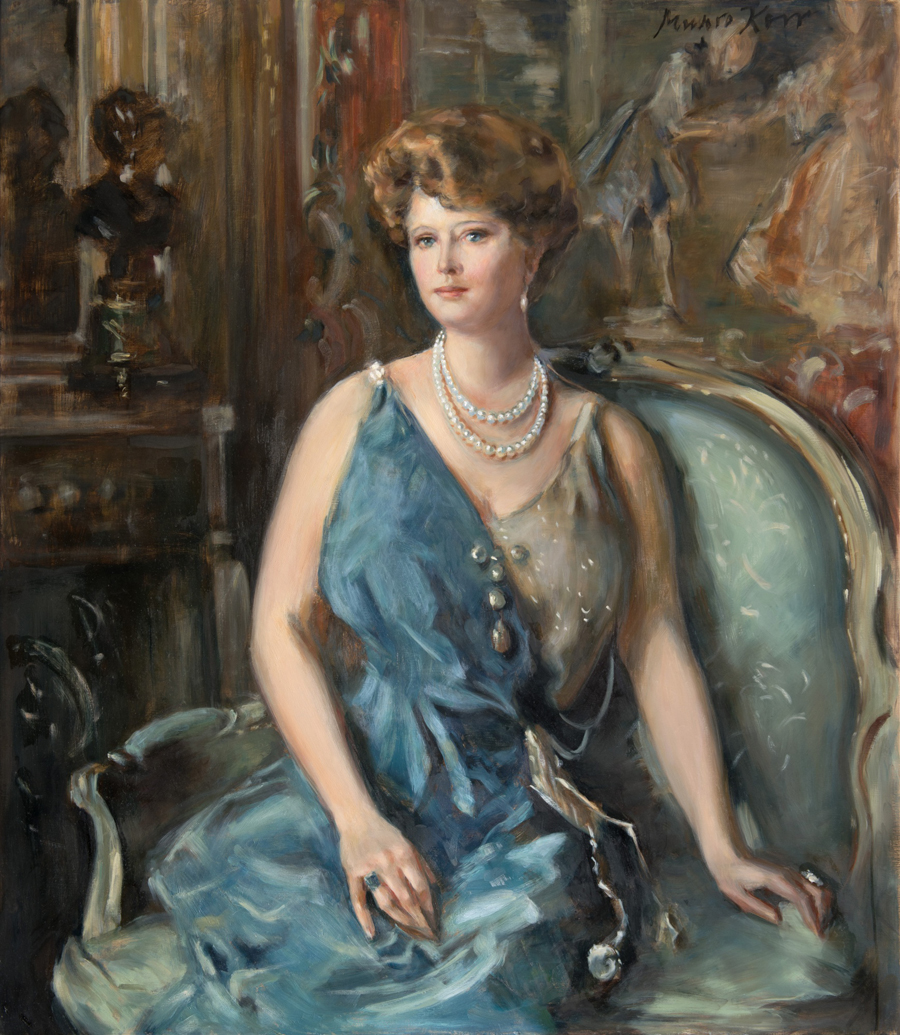 It may come as a surprise that pearls built the house of Cartier. French jeweler Pierre Cartier had already made a name for himself for dealing in opulent jewels, among them the (in)famous Hope Diamond (be sure to check our article about the most expensive diamonds ever). What he was searching for was a shop that showcased his standing amongst the New York elite. A millionaire made him a unique offer: he would trade his Fifth Avenue mansion for a mere $100 . . . plus Cartier’s most valuable double-strand pearl necklace that the seller’s wife had her eye on. The 128-pearl necklace had taken years to assemble as each pearl was perfectly matched in size and color to create a pair of exquisite graduated strands. The two strings of 55 and 73 pearls were valued at the time at $1 million dollars. 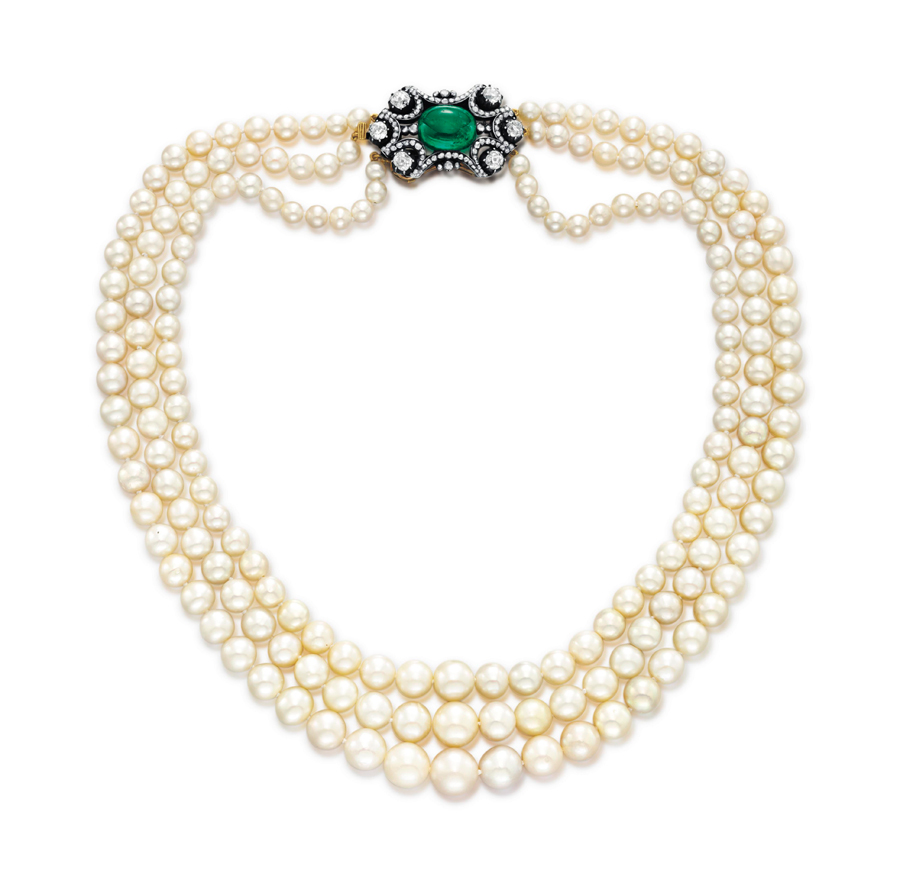 The next item on the list: an exquisite three-strander that was sold at Christie’s Auction House in 2013 as part of the New York Magnificent Jewels collection. The necklace is comprised of 180 natural pearls with a graduated diameter ranging from 4.95 – 11.05 mm. The pearls are stunning enough on their own, but the piece is also graced with a sumptuous cabochon diamond and emerald clasp. 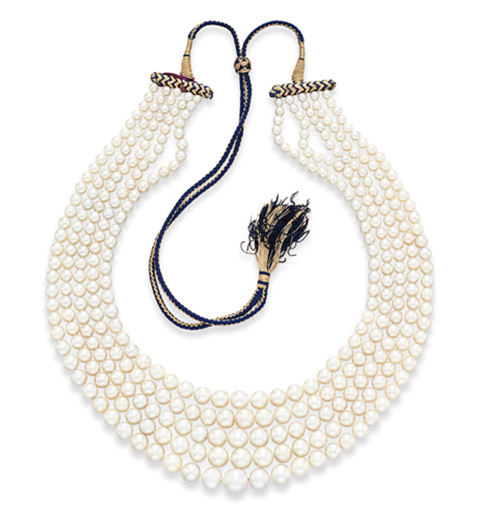 Also auctioned by Christie’s just one year prior to the rare triple-strand is a dazzling 5-strand necklace that is comprised of the following: 63 natural pearls of graduated size on its smallest strand, followed by a strand of 68 graduated pearls; the third strand has 72 pearls, and the fourth and fifth strands both have 73 natural pearls in diameters ranging from 4.1 – 11.35 mm. Rather than the same old, same old diamond clasp seen on most high-end pearl necklaces, this unique ensemble is held together with a luxurious blue and gold silk cord. 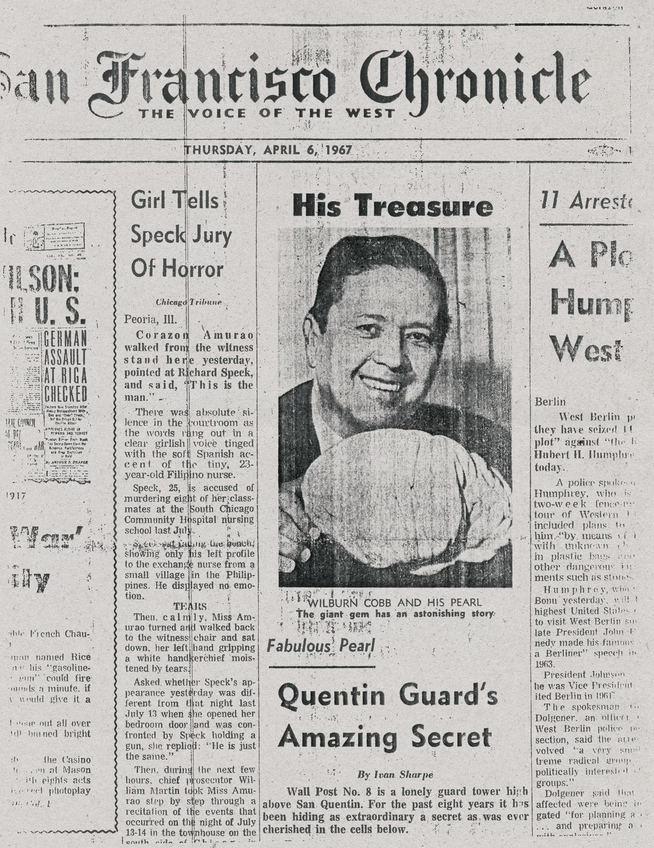 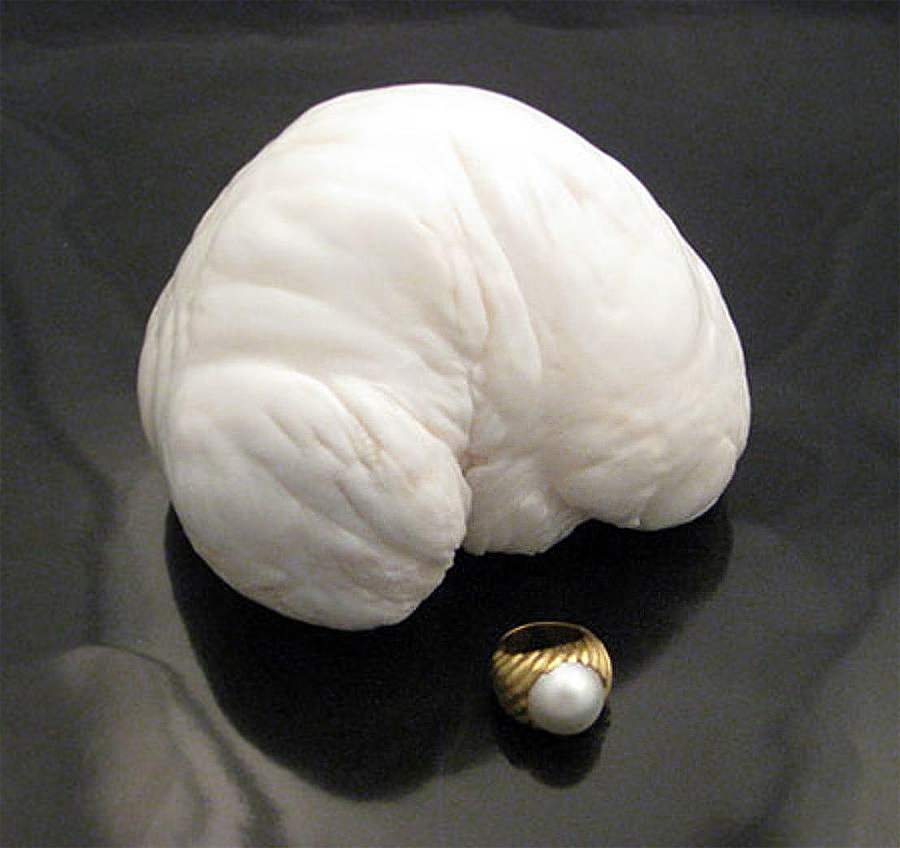 Believed to be the largest natural pearl ever discovered, this unique baroque pearl is sometimes called ‘the Pearl of Allah.’ Discovered in the 1930s off the coast of the Philippines, this giantess weighs in at over 14 pounds! While it does not have the luster or preferred regular shape of more typical pearls, its price is commensurate with its weight: a hefty $3.5 million. 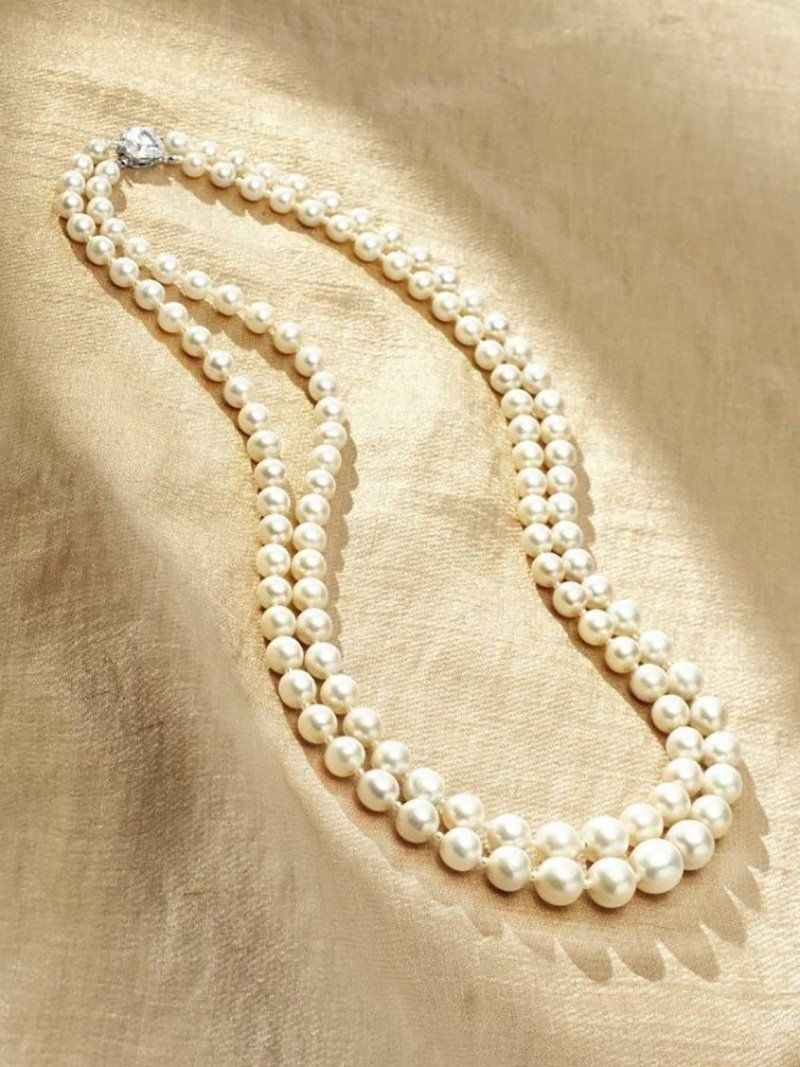 Created from 120 natural pearls, this luxurious double strand necklace ranges in color from light cream to white with subtle rose and green overtones. The individual pearls are on the larger end, with diameters ranging from 6.5 – 12.25 mm. As lovely as they are, what pushes this classic necklace up the scale of pricey jewels is its 3-carat diamond clasp signed Cartier. The dazzling piece fetched an impressive $3.7 million at Christie’s in 2012. 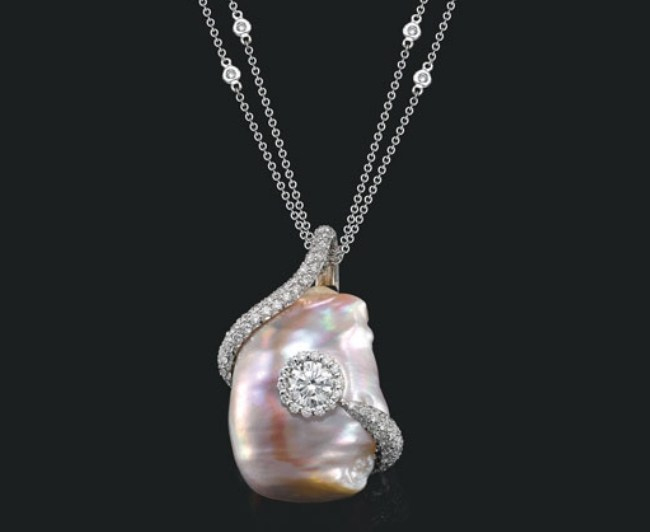 Discovered in 1990, the Big Pink Pearl is a natural abalone pearl that is famous for its amazing size: 470 carats! Abalone pearls come in every color of the rainbow and then some, including silver. The Big Pink, as you probably surmised, has an iridescent rosy hue. Wesley Rankin, the diver who found the prize, still owns the pearl which was valued at $4.7 million. Rankin is the owner of Pacific Coast Pearls in California, and is the largest abalone pearl dealer in the world. 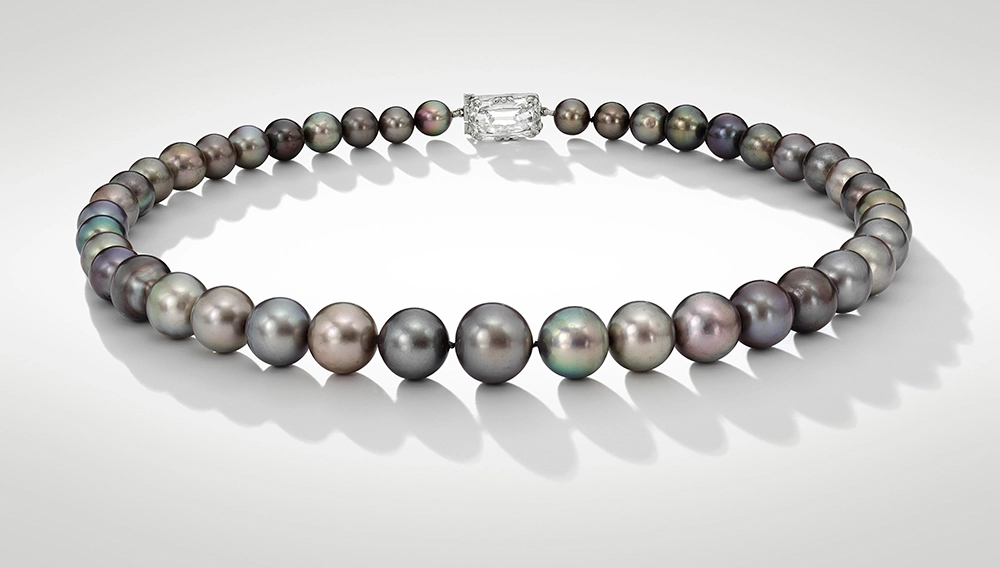 Natural white or ivory pearls are already plenty special, but natural gray pearls are yet another level up. Gray seems too plain a word to describe these incomparable gems, whose colors range from gray to brown with overtones of rose, purple, and green. Only three types of oysters produce these rare gems, and the Cowdray pearls are believed to come from the black-lipped and rainbow-lipped pearl oyster varieties. The Cowdray single-strand necklace is 43.2 cm long and comprised of 38 graduated pearls ranging in size from 6.8 – 11.4 mm. Once belonging to the late Viscountess Cowdray (née Lady Pearson), this set of exotic pearls were yet another prize strung by Cartier. The necklace was auctioned off in 2002 by Christie’s for $3.3 million, then again in Hong Kong by Sotheby’s in 2015 for a cool $5.3 million, earning it the title of most expensive single strand pearl necklace in the world. 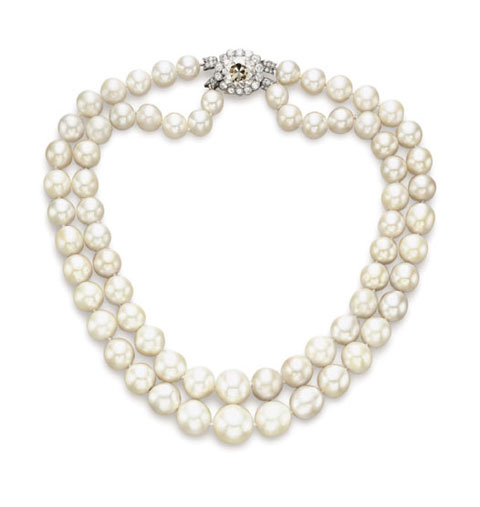 Like so many precious pearls, the two-strand Baroda has a long history. It is made from pearls that were once owned by the Indian Maharaja of Baroda and were part of a 7-strand necklace known as the ‘Saath Lahda.’ Each of the 68 pearls are perfectly matched in size, color and shape. The pearls are especially large, ranging from 10 – 16 mm in diameter. The cushion-cut diamond clasp is signed by Cartier. The necklace sold in 2007 for an incredible $7.1 million. 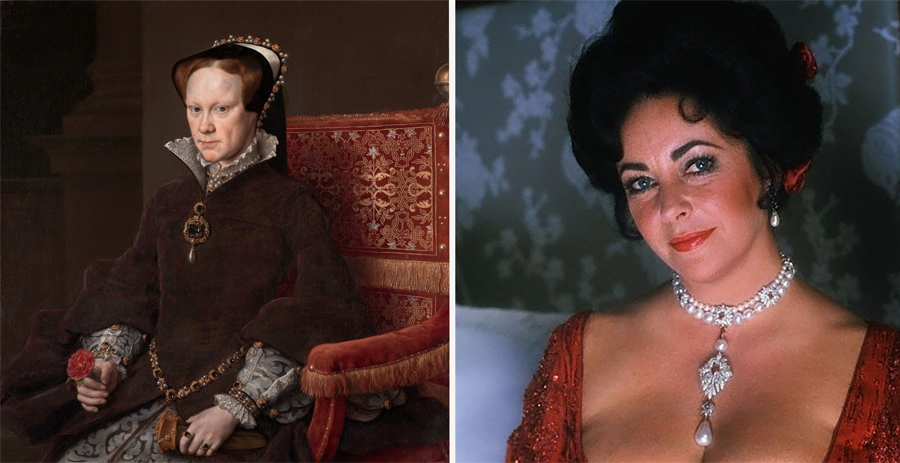 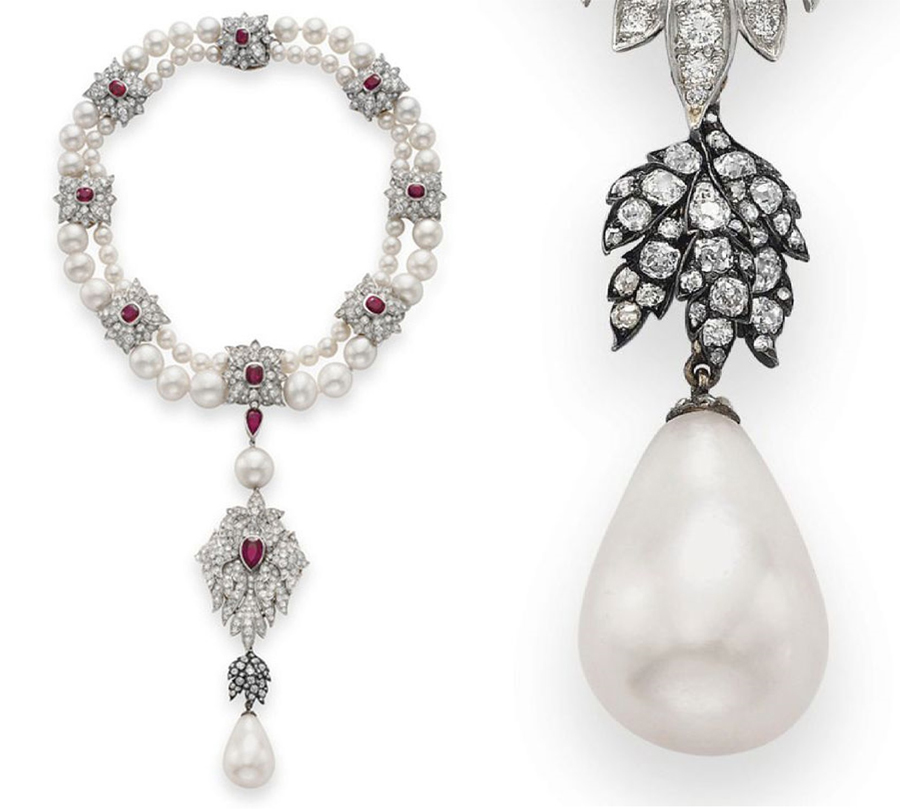 ‘La Peregrina’ is Spanish for ‘the pilgrim,’ an apt name for this well-traveled gem. Discovered in the Gulf of Panama in the mid-1500s, this pearl was given to King Phillip II of Spain who offered it to Queen Mary I of England as a bridal gift. When she died, Queen Elizabeth I returned it to Spain where it became part of the crown jewels for over 250 years. La Peregrina earned its nickname after Joseph Bonaparte, brother to Napoleon and ruler of Spain for five years, took the pearl with him after losing his crown to the French. Joseph bequeathed the precious pearl to his nephew who would become Napoleon III. Exiled in England, Napoleon III sold the pearl to the Duke of Abercorn. La Peregrina has reportedly been lost twice in Buckingham Palace and Windsor Castle.

The unique pearl’s next voyage was back across the Atlantic. Actor Richard Burton scooped it up in 1969 for the bargain price of only $37,000. He offered it as a Valentine’s Day gift to his then-wife Elizabeth Taylor. She adored her ‘perfect pearl,’ yet she also admitted to temporarily losing it. In her case, the gem got lost in a different kind of palace: Caesar’s in Las Vegas. Treasured for its perfect pear shape, large size and bright white color, La Peregrina’s value is increased even more by its setting, a stunning floral motif comprised of diamonds and rubies connected with a double strand of pearls. La Peregrina most recent sale was at Christie’s in 2011 for an amazing $11.8 million.

1. The Most Expensive Pearl in the Wolrd – Beauty of the Ocean – $139 Million 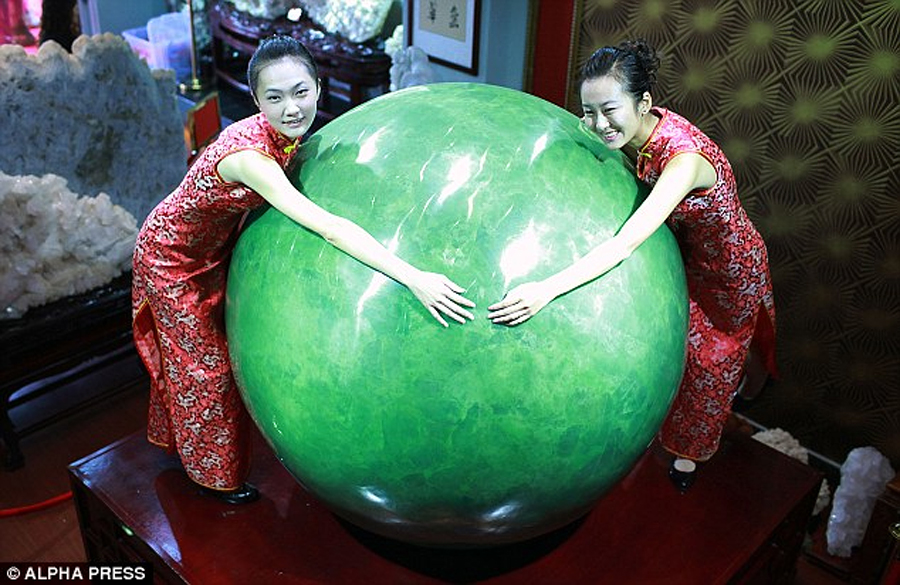 There is the Great Wall of China, and now there is the Great Ball of China. An incredibly unique 5-foot tall, 6-ton, manmade green pearl was unveiled in China in 2010. Made of glow-in-the-dark green fluorite, the largest synthetic pearl in the world took 3 years to create. Valued at $139 million, it has certainly earned its title of the most expensive pearl in the world.