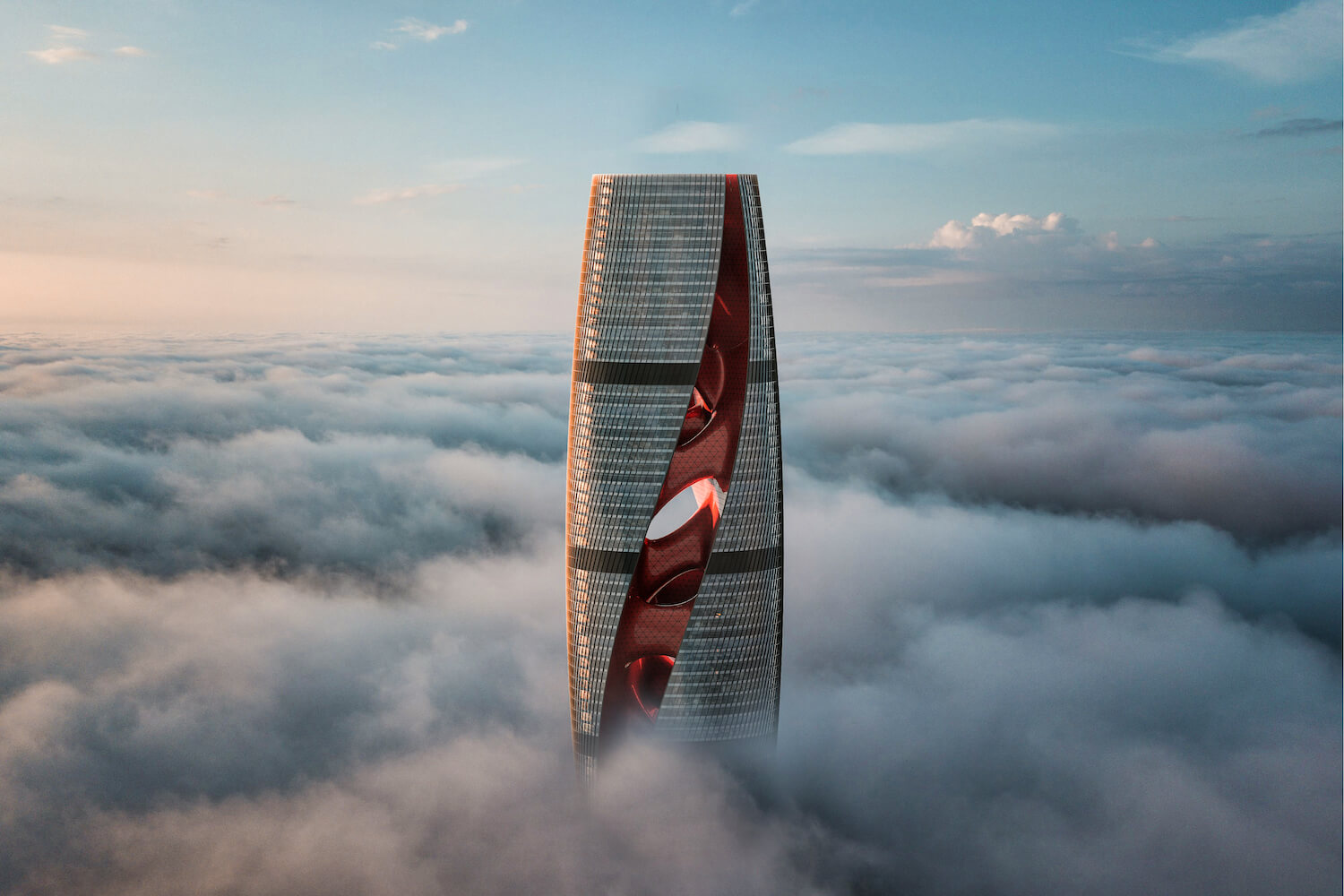 Cytokinesis tower by Hayri Atak Architectural Design Studio, which is supposed to take place in Doha comes across as the product of an organism image when taken holistically. The structure which resembles two separate parts of the organism also gets its name from the separation of cells. Parts that are seen as the spine in the middle and are connected by capillary ways are seen as elements that trap their excess into it and occur when the said division occurs. In this sense, it shows the internal confusion in capillarity with its effect which occurs after deconstruction as well as the clear effect it gives when it is together. 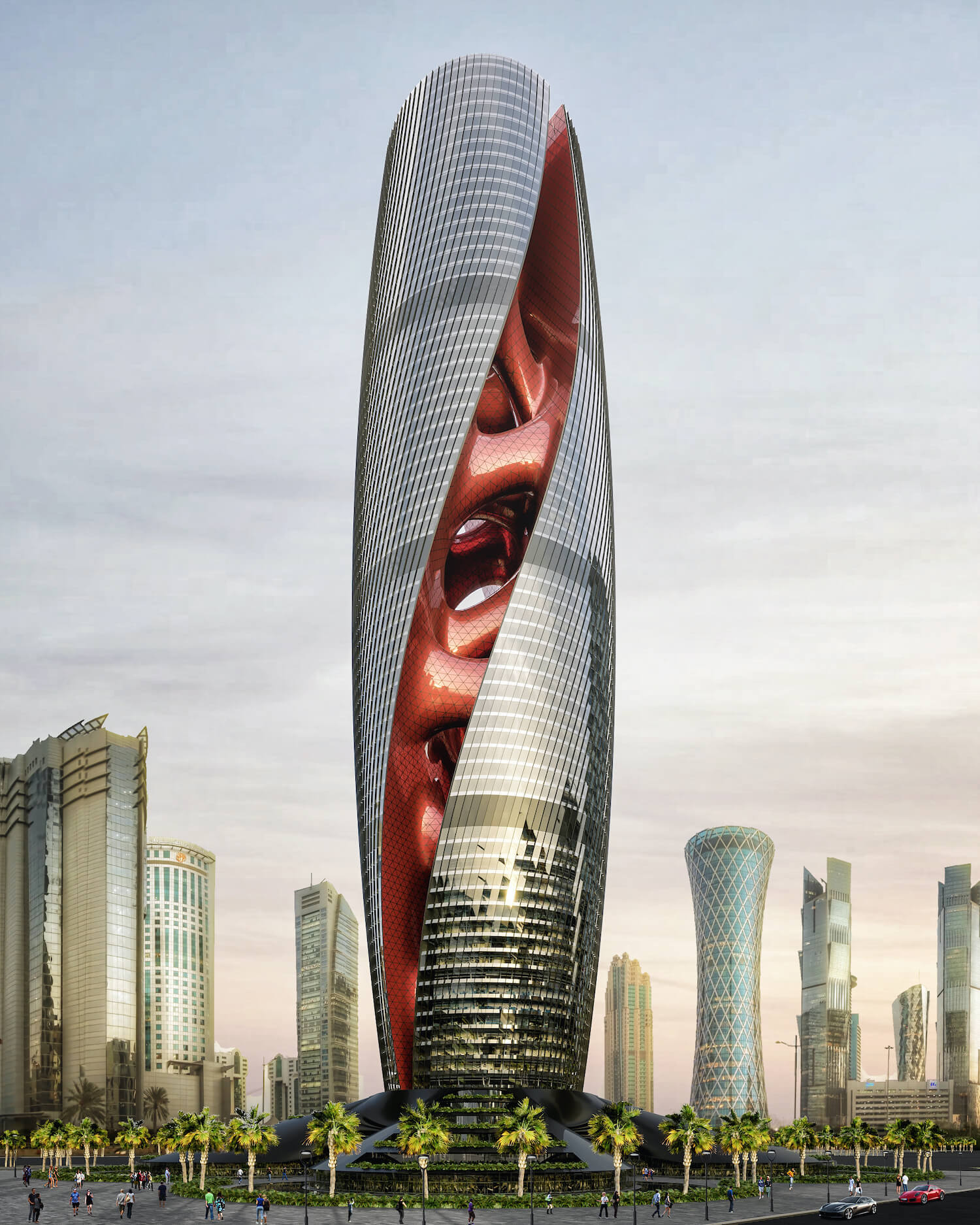 As in an organism, the difference in intercellular tension becomes decontaminated in the decontaminated vertebrae. In this way, it allows different interpretations when considering the exit point over and over again, and pushes the user to address the complexity and clarity when viewed again. 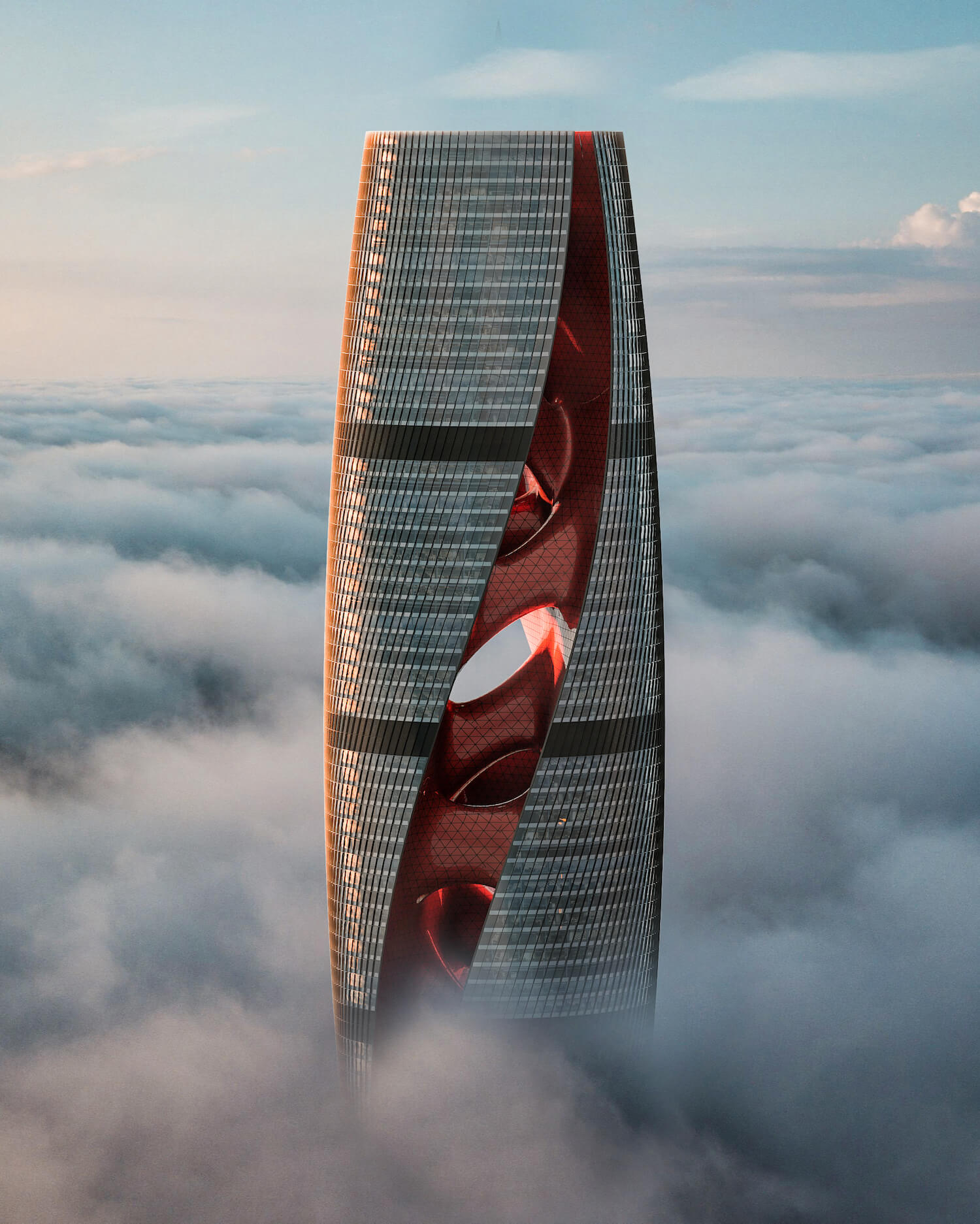 The structure, which aims to integrate the fragmentary perception of the structure thanks to their cellular connection to each other, has a height of 280 meters. The partial gaps that it creates at its confluence help make different readings of the city skyline in different perspectives as well as allow you to watch many different angles. At this point, the user performs the reading of the city in a structure that hosts two separate effects simultaneously. 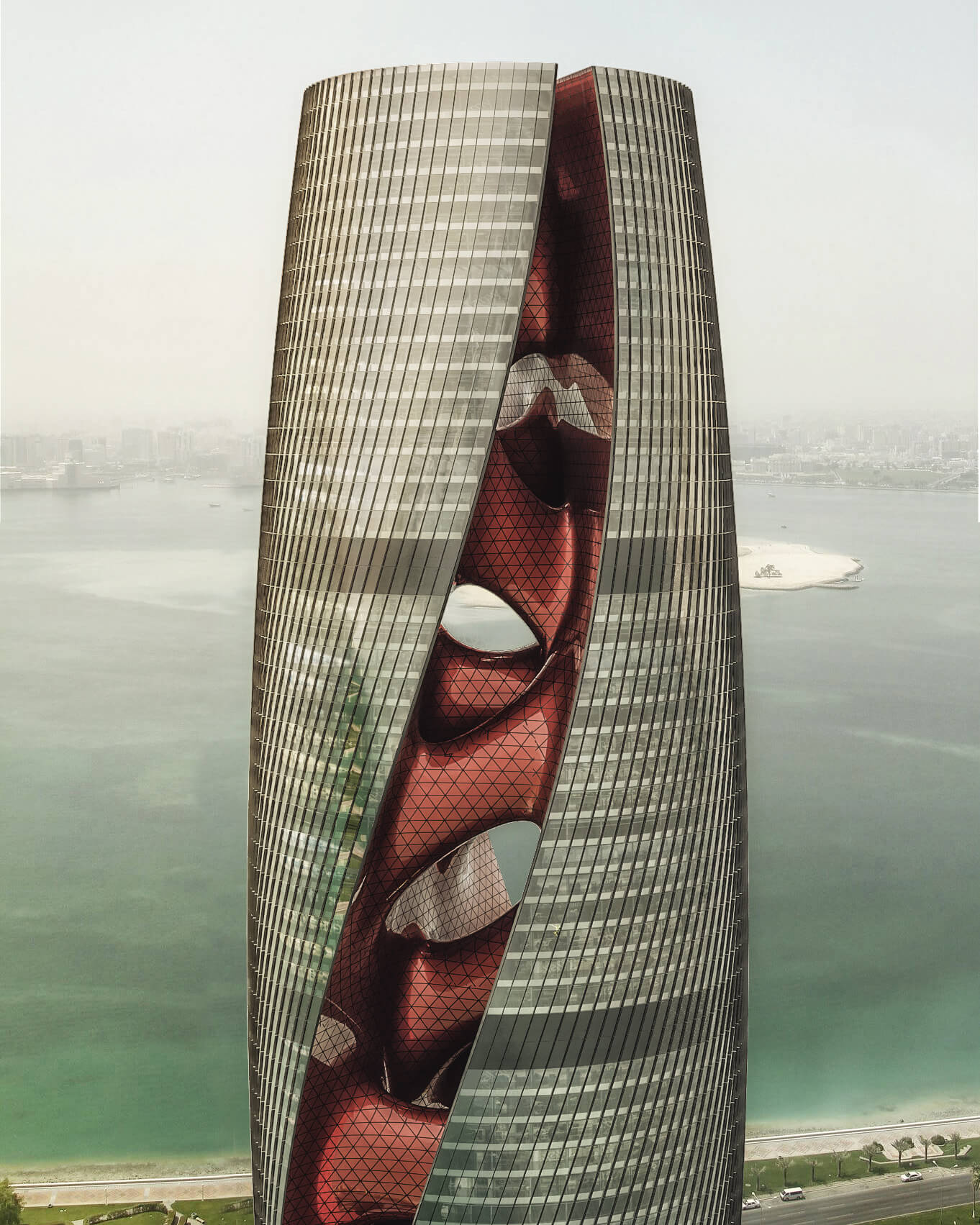 It can be said that it has a flow that examines different details in a structural sense and allows the user to observe these details at the point where they are included in the structure. In this context, the combinations of materials and ideas are also moving with different readings. This, in turn, provides an appropriate basis for the different interpretations mentioned. In the project, which consists of 70 floors, it comes across as a job that finds different meanings with the participation of the user. It also makes two separate parts which can be called calm, constantly move as an image with the bonds that it has, freeing it from this stasis. Also don’t forget to check 15 most beautiful towers in the world. 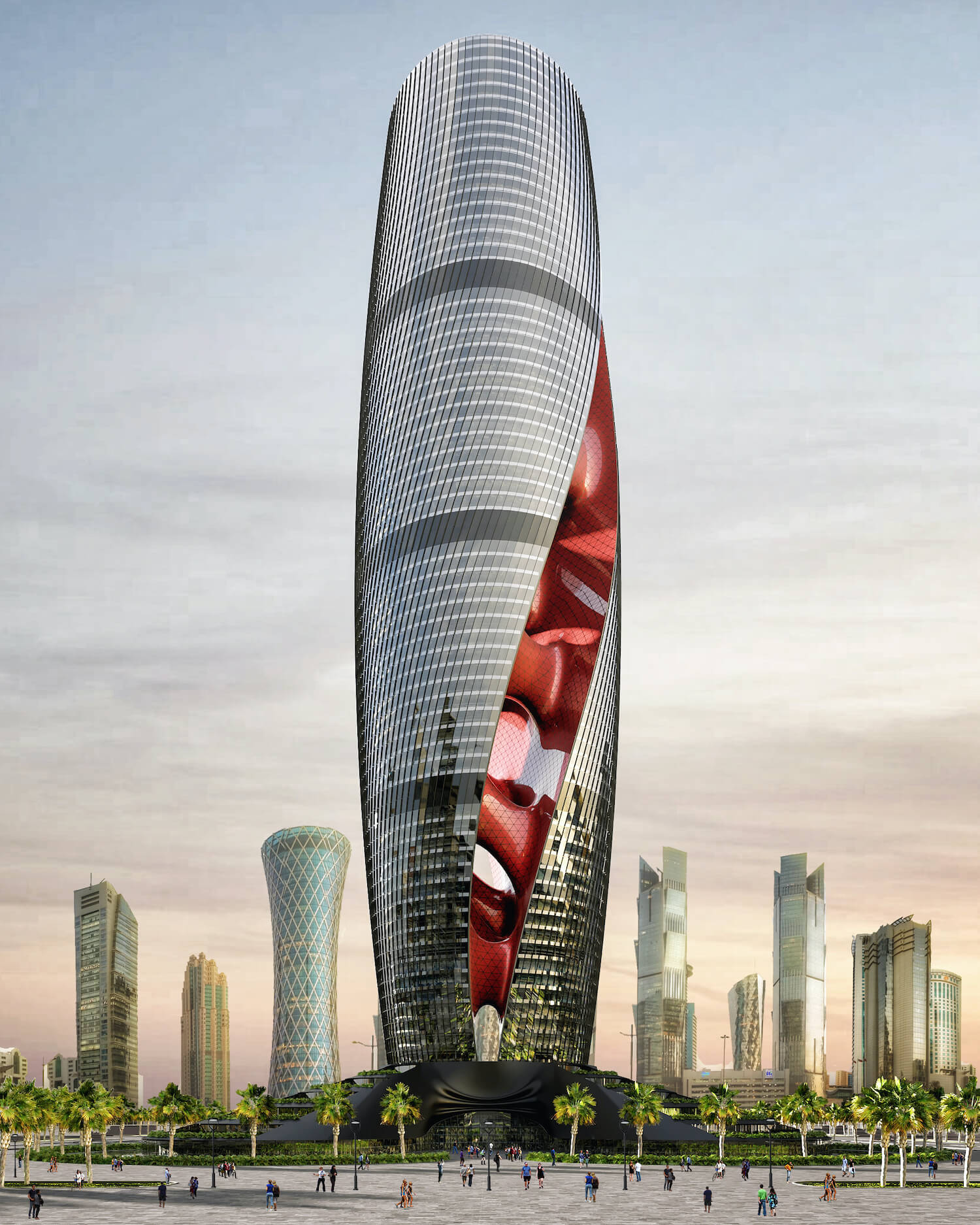 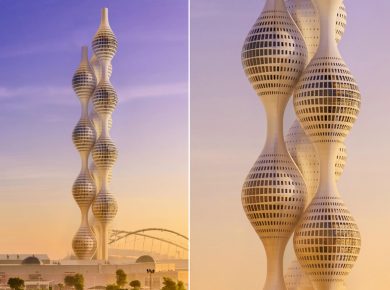 Let us show you amazing project called “Ternary Towers” by Hayri Atak Architectural Design Studio. The project, which consists of 3 separate blocks, has a height of 400 meters. When…
View Post 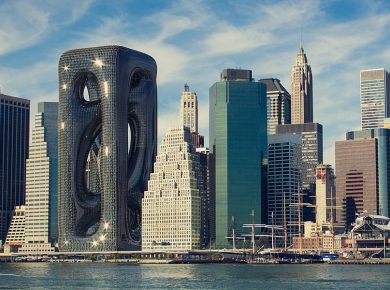 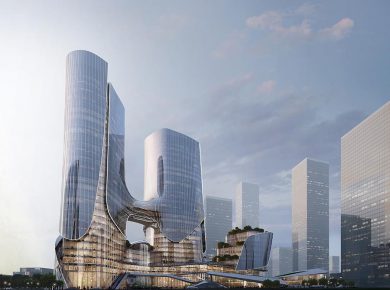 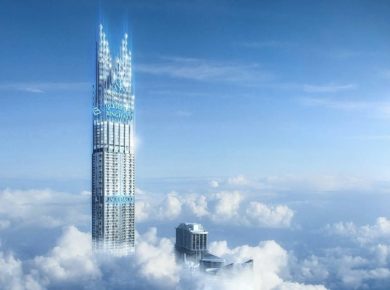