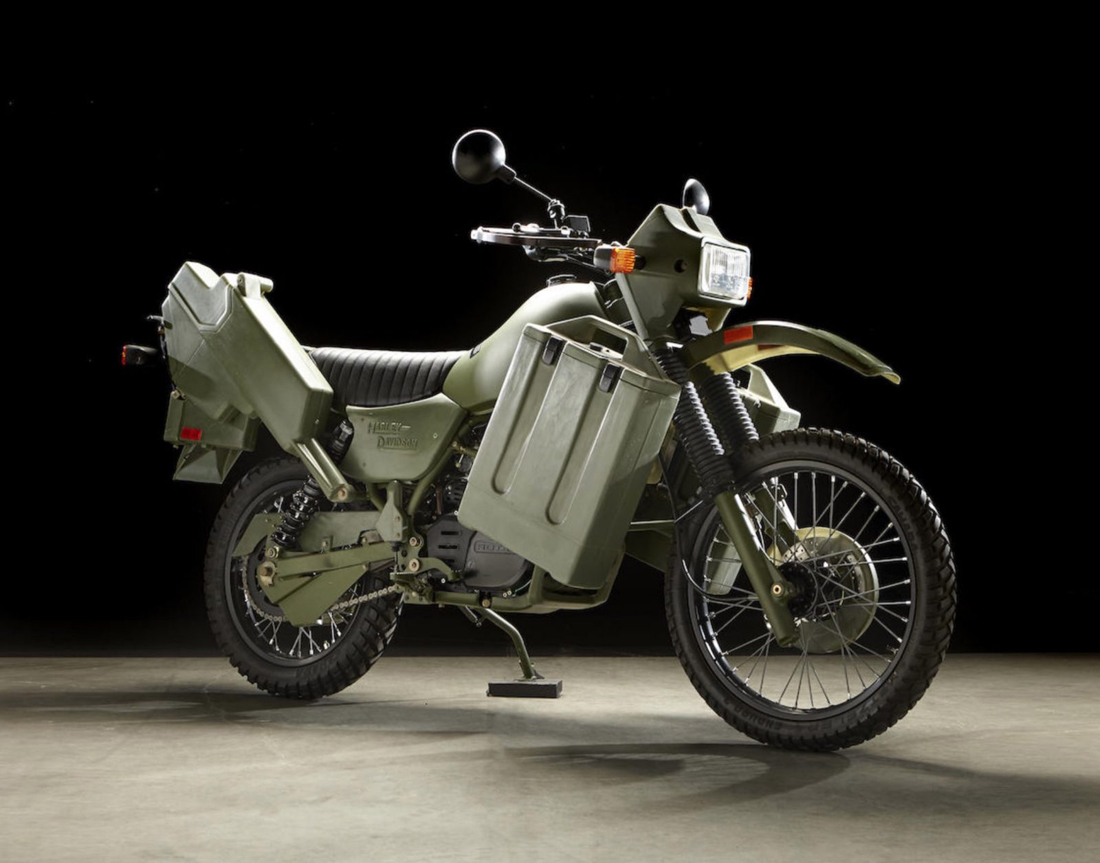 The Harley-Davidson MT500 is a bit of an unusual motorcycle. It’s thought that just 500 were ever made, and it’s not known how many have survived in original condition. The MT500 is powered by a 500cc Rotax single-cylinder, air-cooled engine with 4 valves, 5 gears, and kickstart only. It’s a mechanically simple motorcycle designed explicitly for military use – though it’s broad adoption never took place due to many militaries only wanting diesel-powered vehicles for matters of logistical simplicity. The basic design started in Italy, before finding its way to Britain, being put into production with the Armstrong-CCM company in 1984. The model saw limited military use in Britain, Jordan, and Canada until it was phased out in 2000. Harley-Davidson isn’t a stranger to badge-engineering motorcycles, and if you look back over the long arc of motorcycle history there are very few established marques that haven’t at least dabbled with rebranding bikes. The reason Harley bought the MT500 stateside was the hope of acquiring a military contract with the richest armed forces on earth. Sadly it never came to be, largely because of the aforementioned diesel-only guidelines. The majority of the Harley-Davidson MT500s that were built, were built to the same specifications. There are twin jerry can holders either side of the fuel tank – designed to hold either water or fuel. There’s a waterproof rifle case on the rear right side for an M16 or similar, and the case is designed in such a way that it can take both scoped and unscoped weapons. All-original MT500s only rarely come up for sale, possibly because collectors are sitting on them in anticipation of a value increase as they edge closer to vintage territory. The 1999 model you see here is estimated to be worth between $20,000 and $24,000 USD, and it’ll be crossing the auction block with Bonhams in Las Vegas on the 26th of January. Meanwhile check other cool motorcycles: 25 Best Vintage Motorcycles – BMW, Indian, Honda, Harley Davidson, Kawasaki. 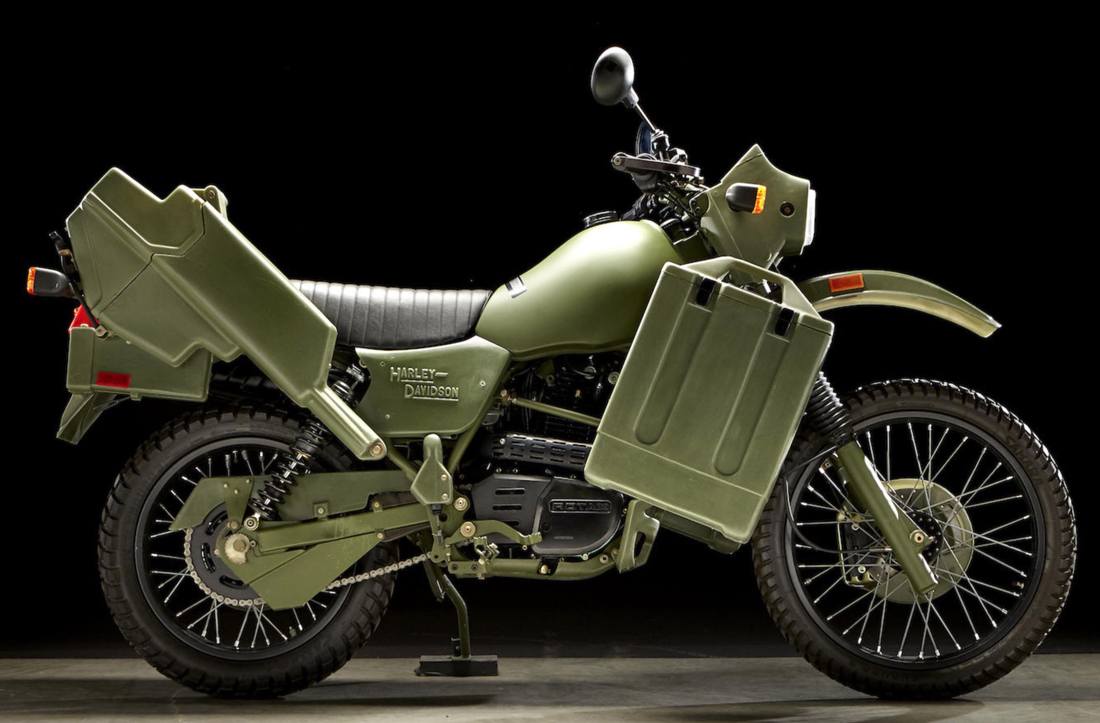 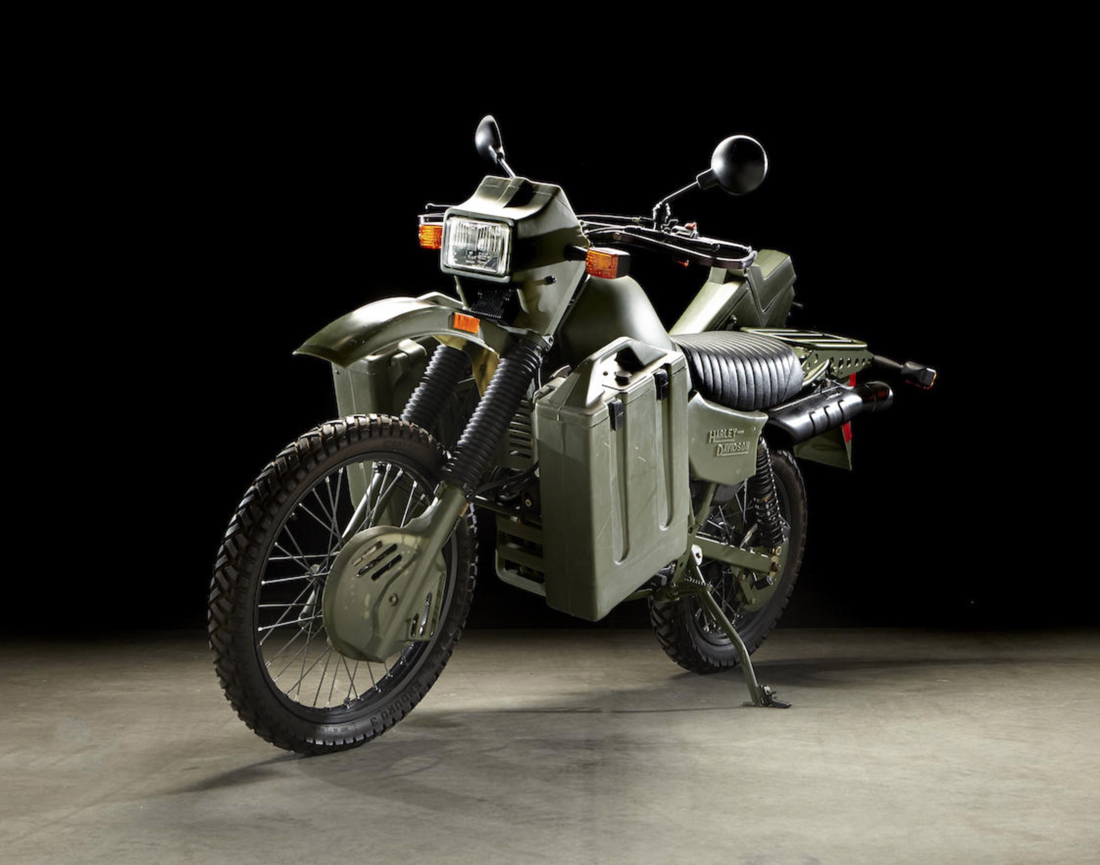 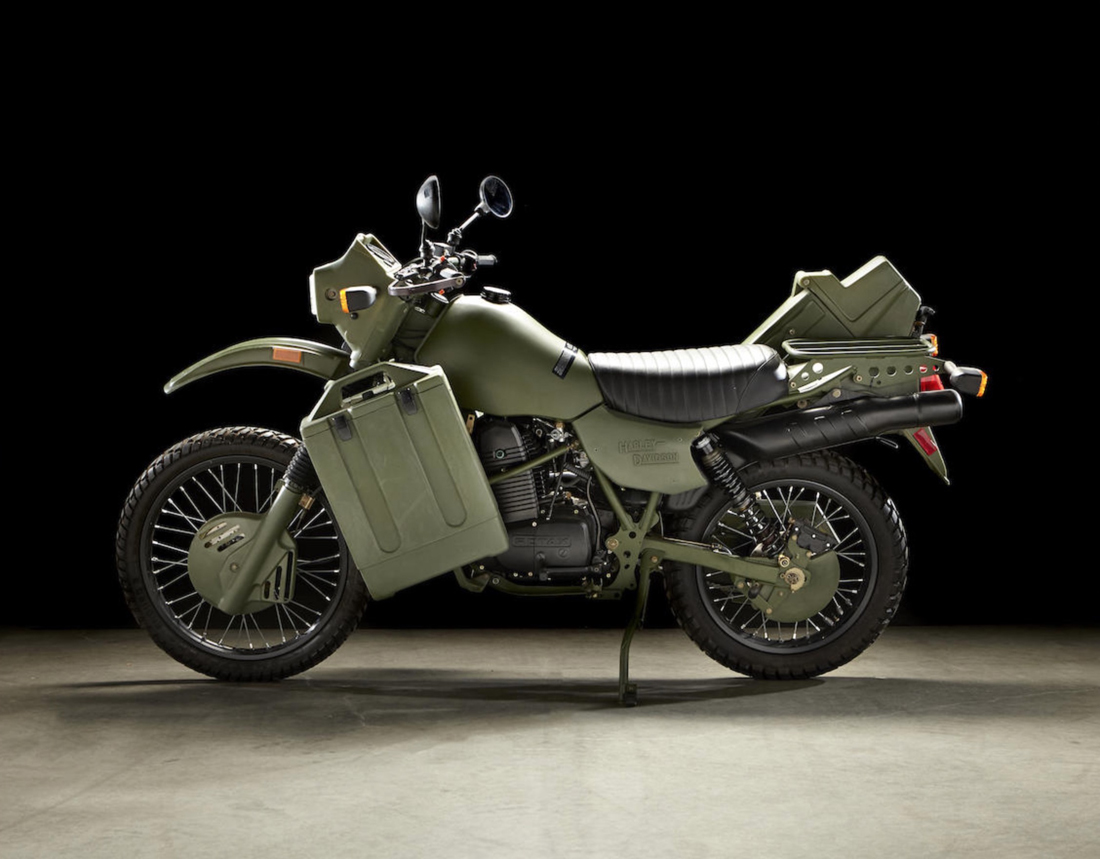 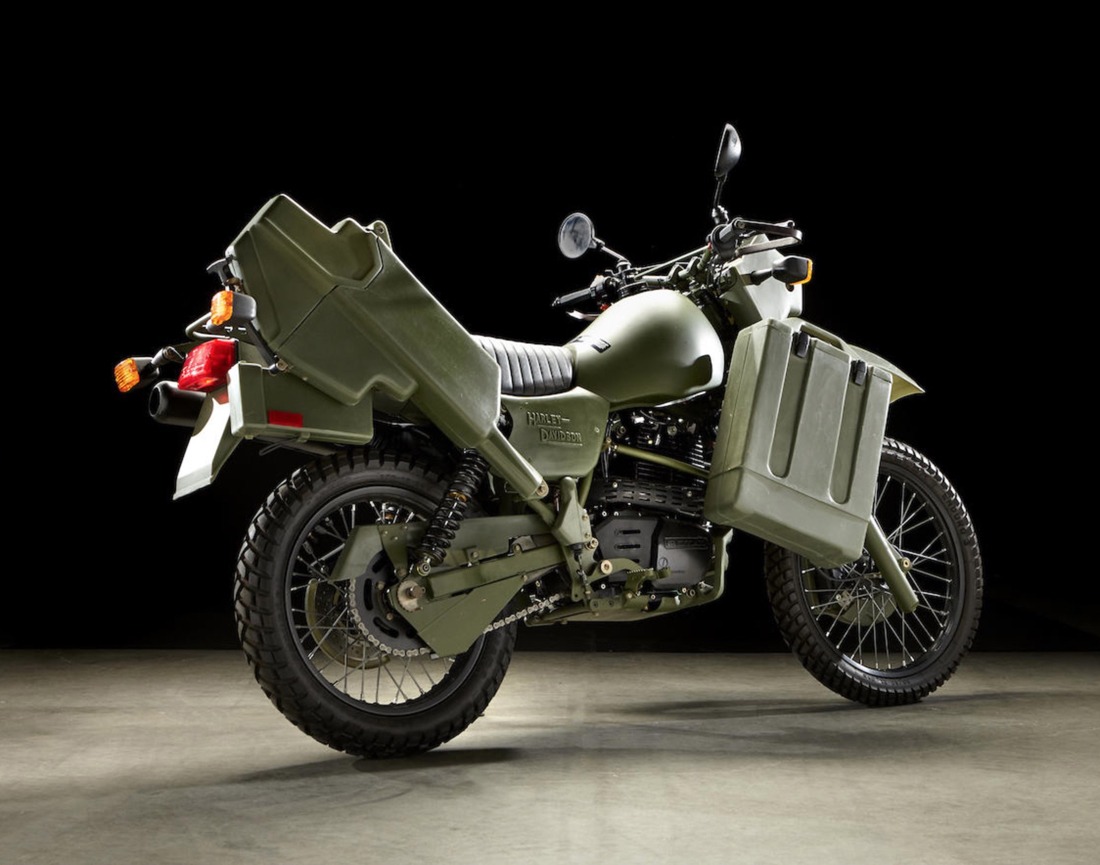 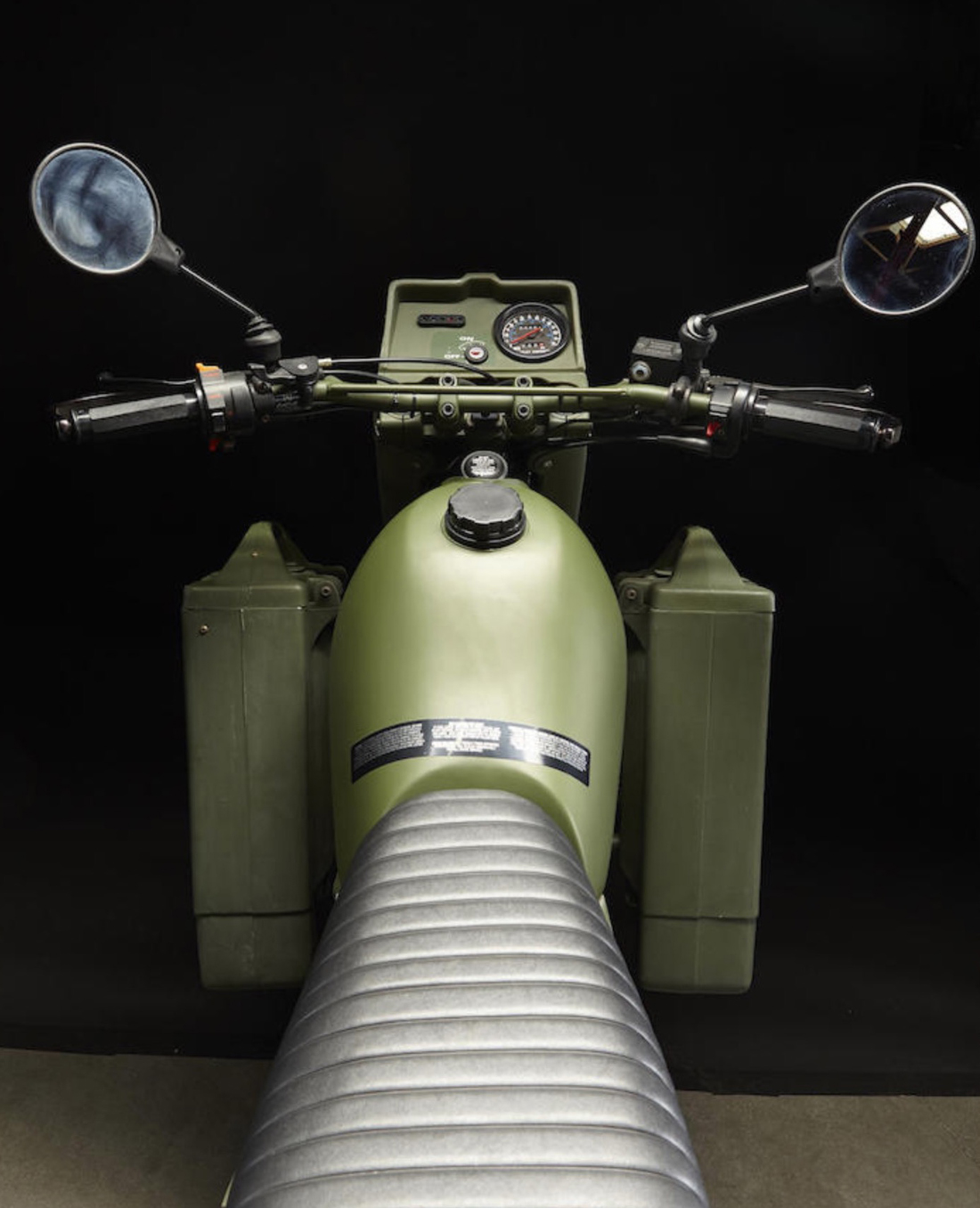 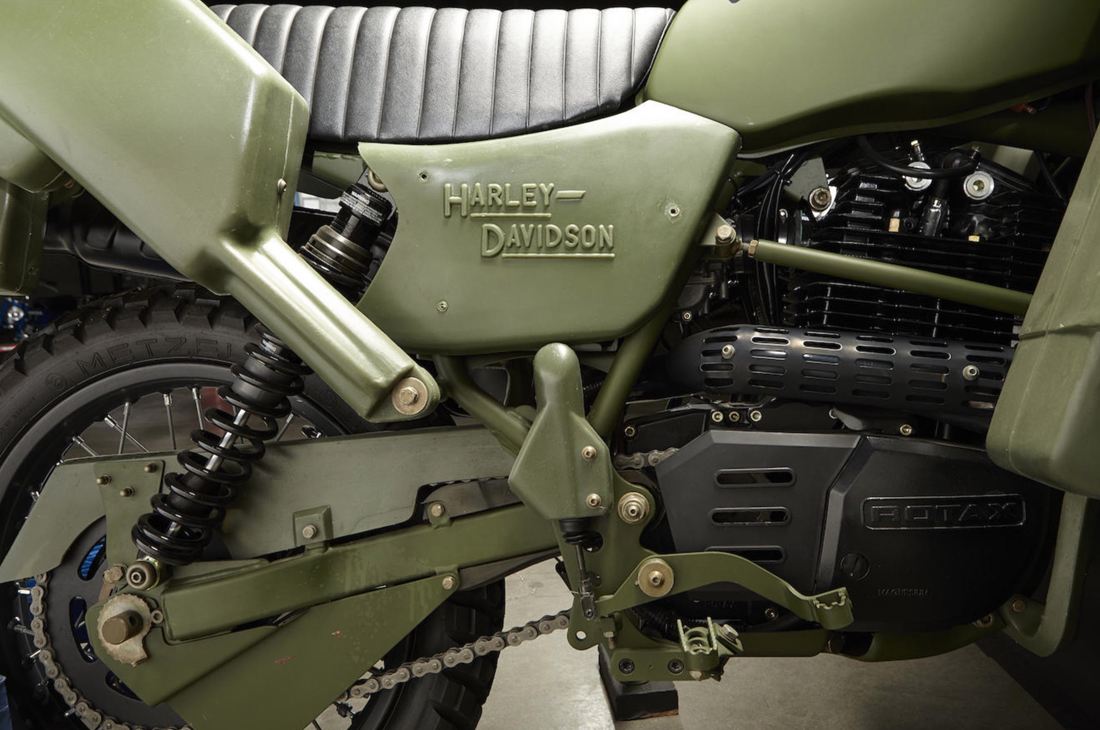 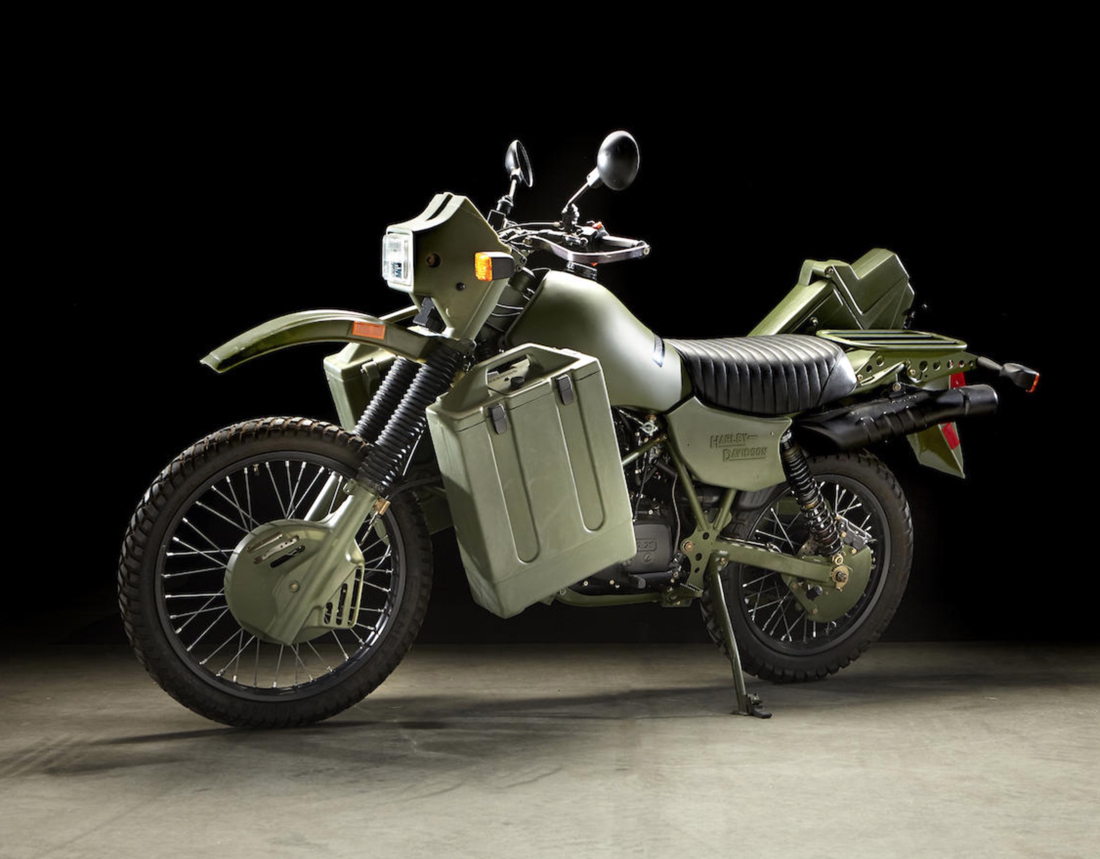