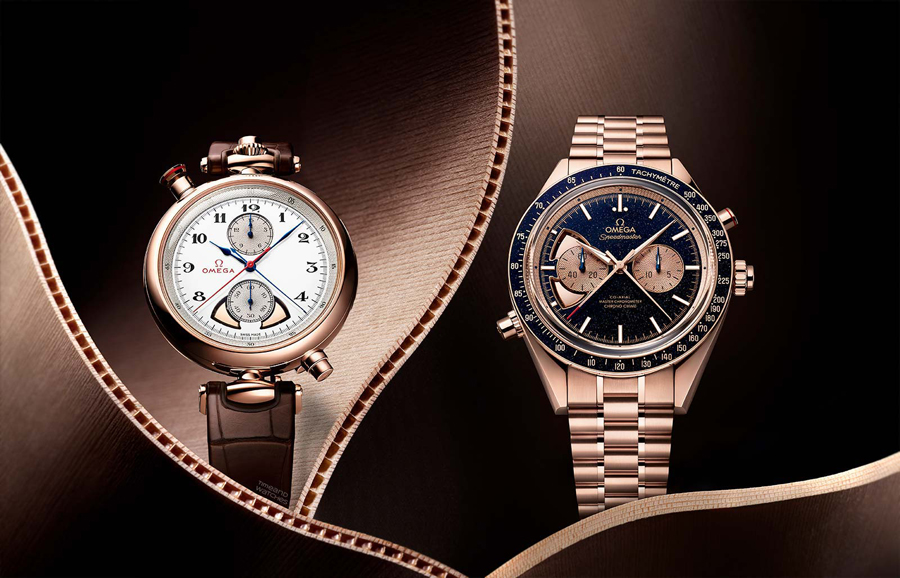 Omega presented the new Co-Axial Master Chronometer Calibre 1932, a fully integrated chronograph and minute repeater which becomes the most complicated calibre Omega has ever made. Developed with sister company Blancpain, the 1932 movement took six years to complete. A brand new movement made by hand that chimes the elapsed times recorded by the chronograph instead of the current hours and minutes as you would expect from a traditional minute repeater.

The watchmakers had to find a way to expand the existing boundaries of Omega’s renowned Co-Axial escapement. The system, developed by the brilliant watchmaker Georges Daniels, is an essential component in all of Omega’s movements. Designed to operate at a relatively standard frequency (between 3 and 4 Hz), it presented a major constraint when developing the new movement, which must beat at 5 Hz to display 1/10th of a second, like the pocket chronographs used to time the Los Angeles 1932 Olympic Games. 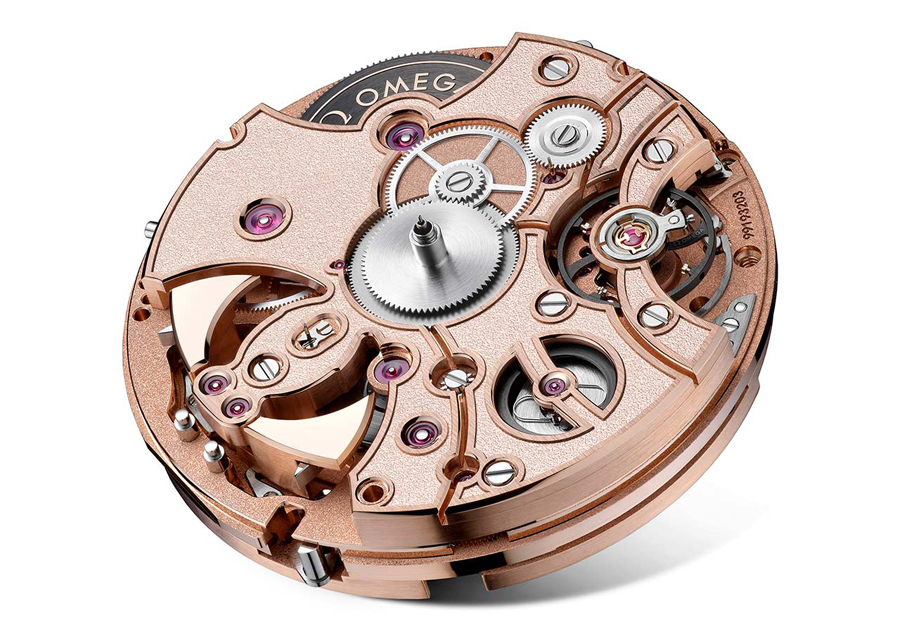 The watchmakers would also have to add three chime cams to the already complicated chronograph mechanism, include two security functions to prevent mal-manipulation, and integrate a split-seconds function. What’s more, to achieve Master Chronometer status, the calibre would have to withstand external magnetic fields of 15,000 gauss, requiring the use of 50 non-ferrous components.

The creation from scratch of a calibre like this required up to 17 patents, related to the function of the Calibre 1932, its antimagnetic technology and the watch’s external parts. The aesthetics of this handmade calibre made with 46.44 grams of gold is not less appealing with its alternation of satin-brushed and mirror polished surfaces. 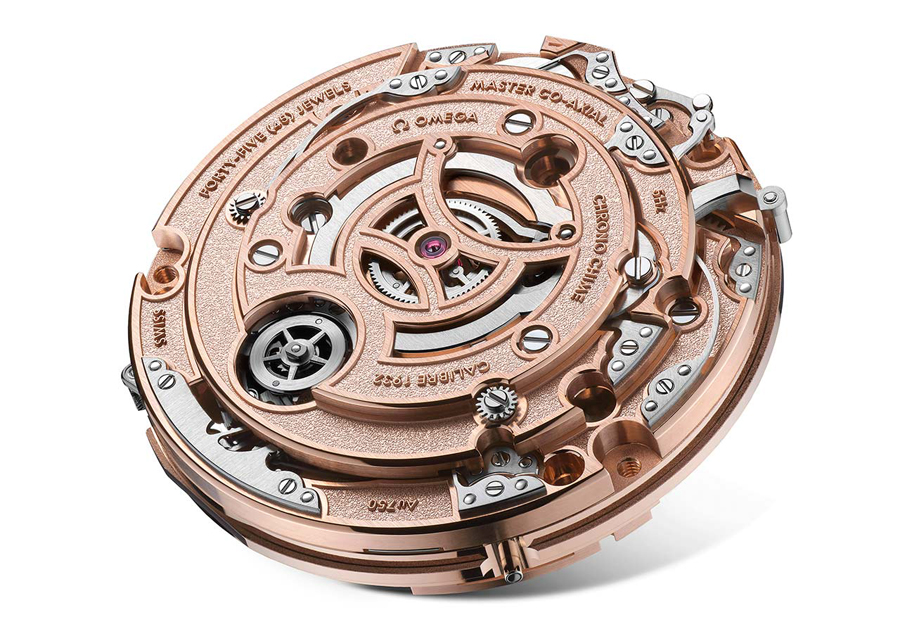 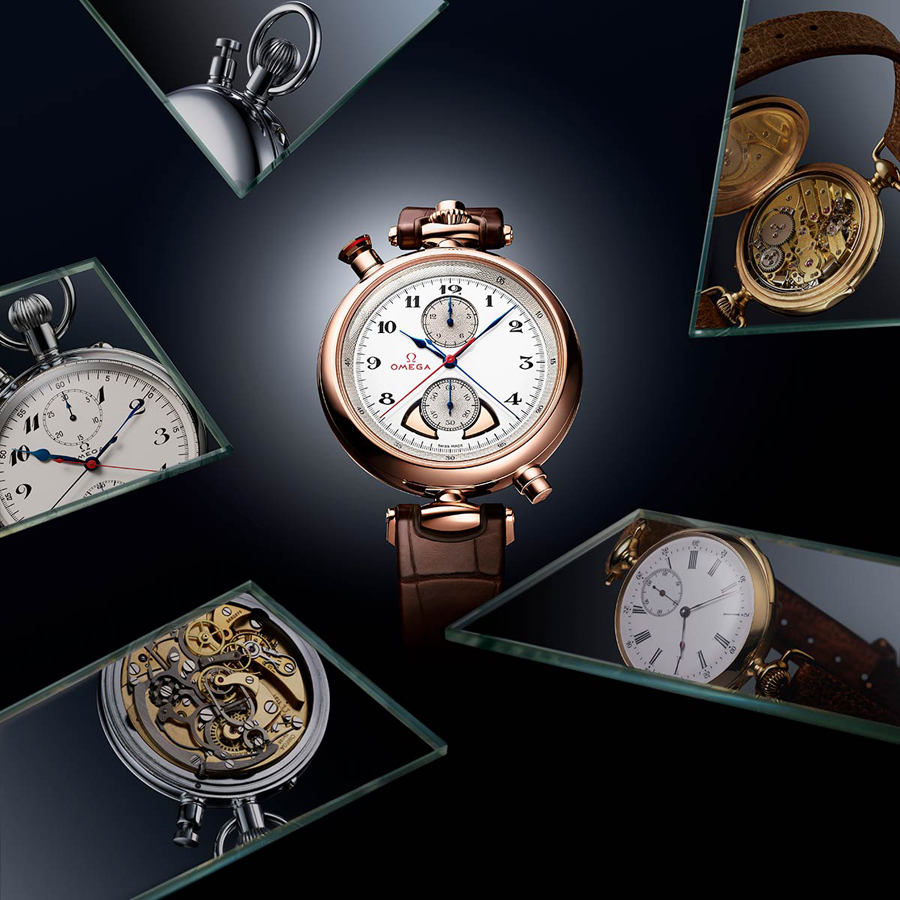 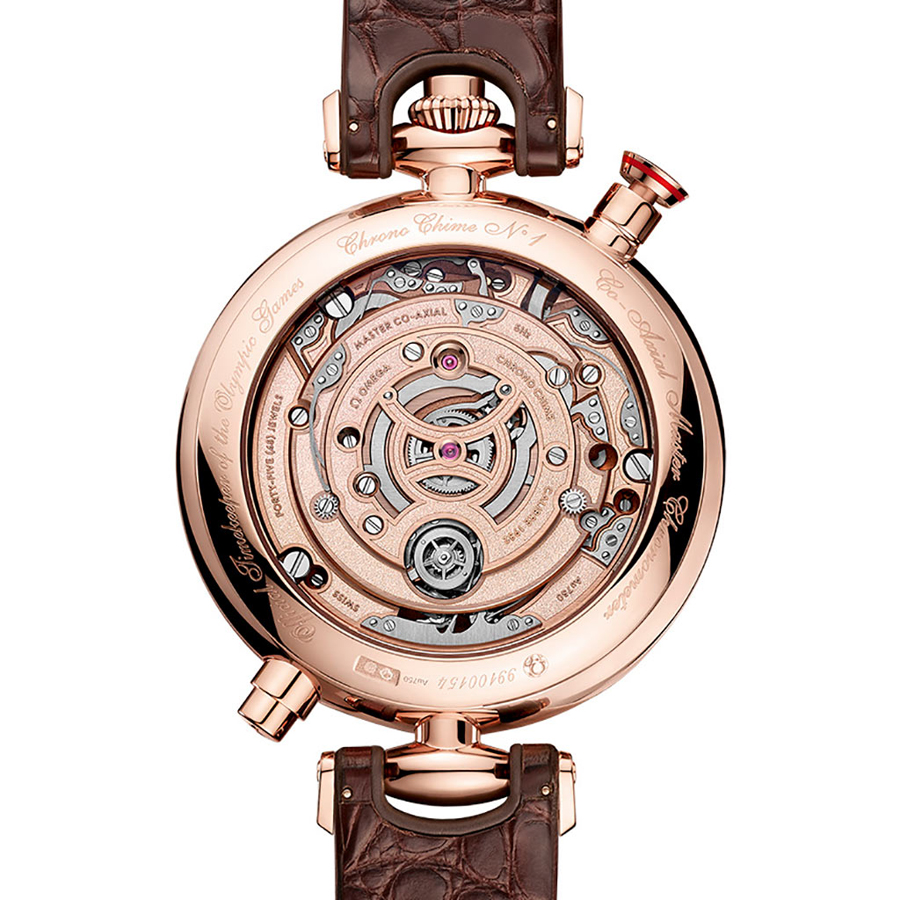 On the dial, the 18K Sedna gold central hour/minute hands are in blued PVD, as are the subdial hands on the small seconds at 6 o’clock and 15-minute recorder at 12 o’clock. The Arabic numerals and minute track in black “Petit Feu” enamel represent a further tribute to 1932. 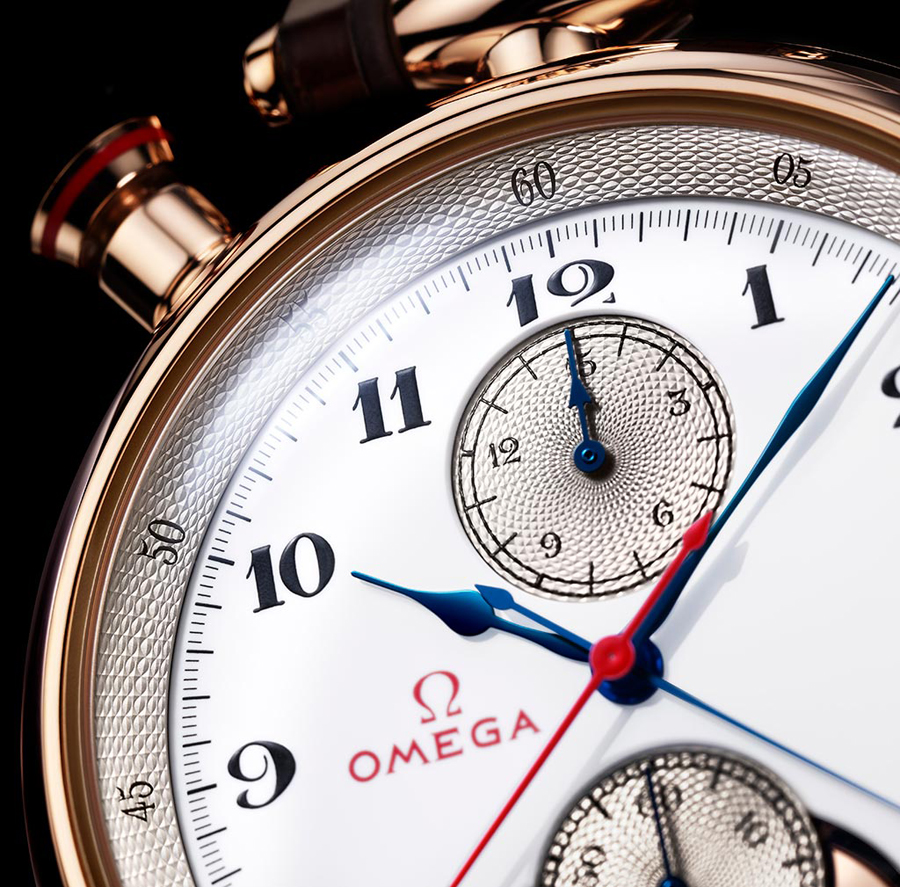 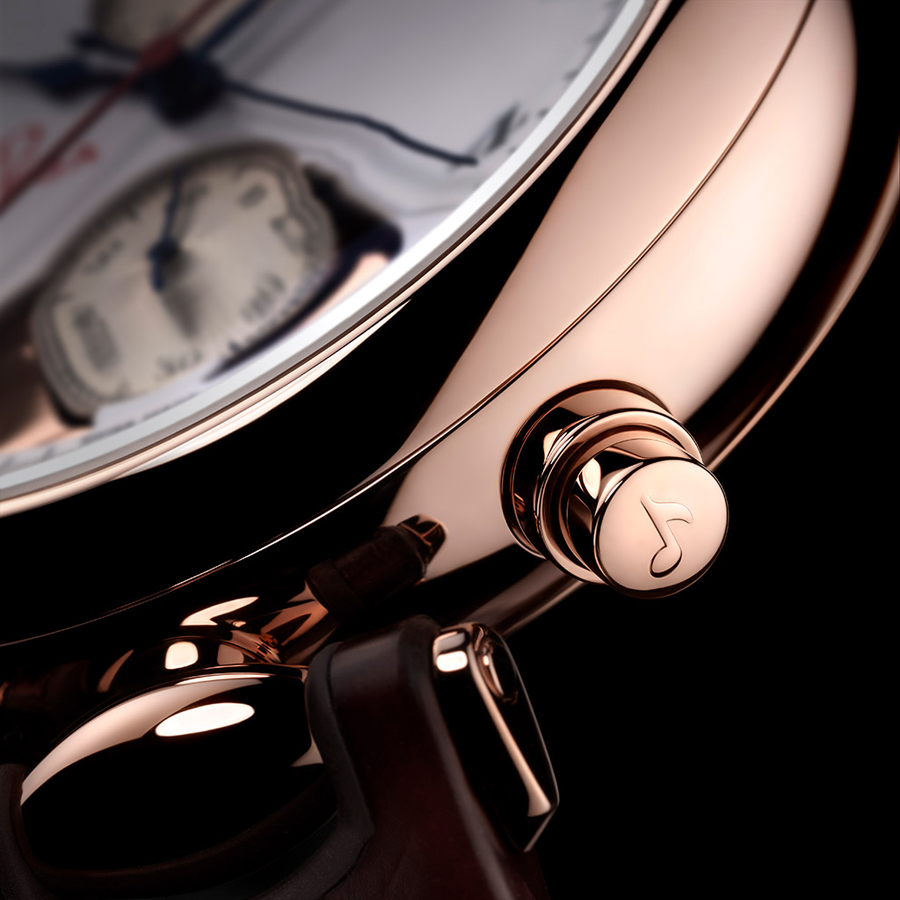 The special walnut presentation box includes an additional leather strap and two leather cords, allowing the “timekeeper” to wear it as a discreet pocket watch or a stopwatch around the neck. A resonance plate made of spruce to amplify the precise rhythm, tone, harmony and length of each chime is included in the box. The price of the Omega Olympic 1932 Chrono Chime ref. 522.53.45.52.04.001 is CHF 420,000 before taxes. 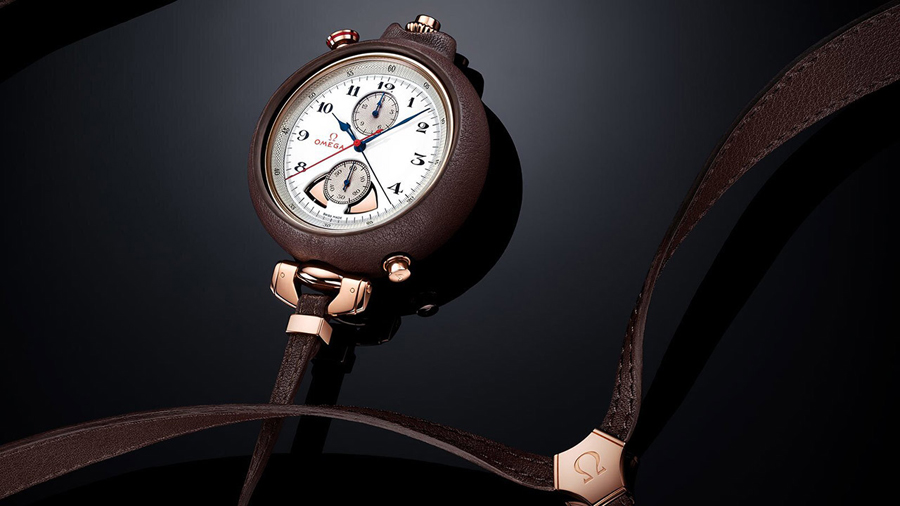 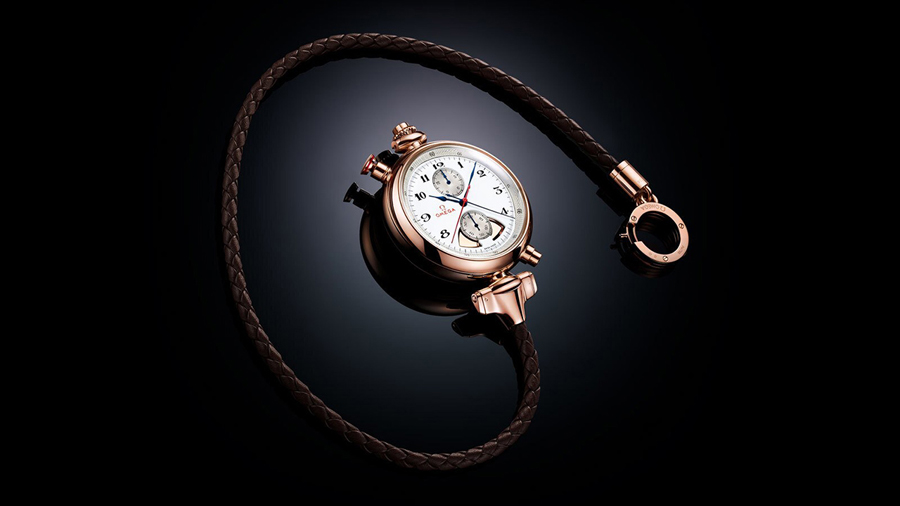 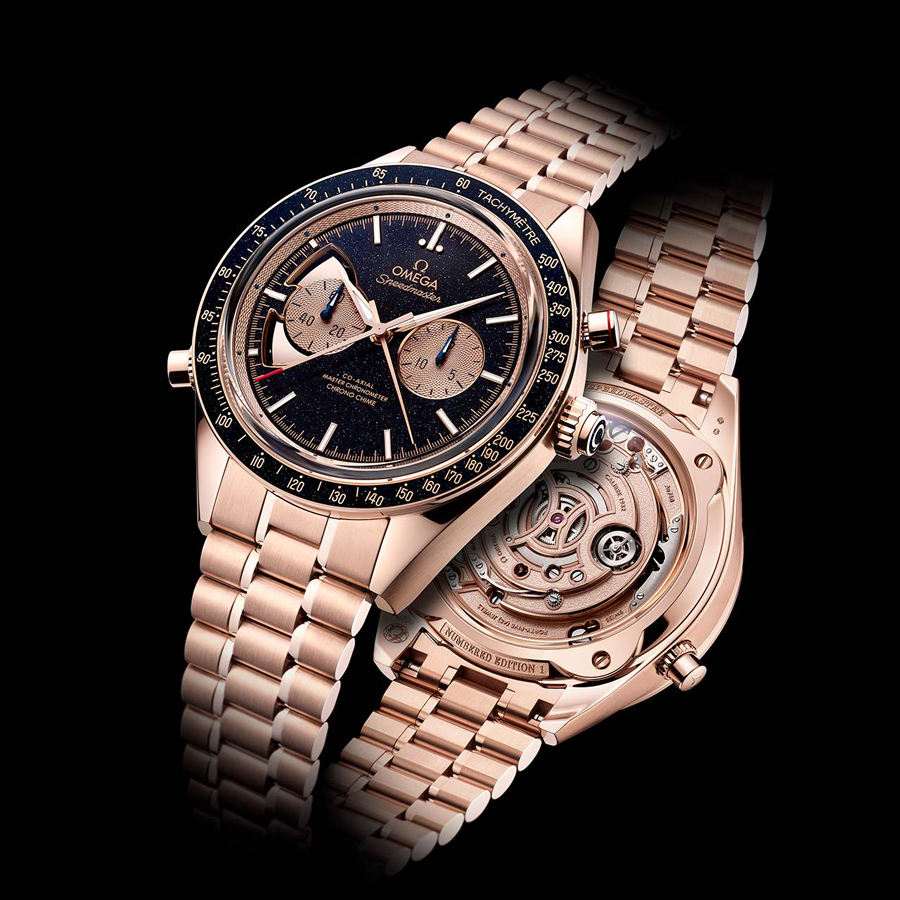 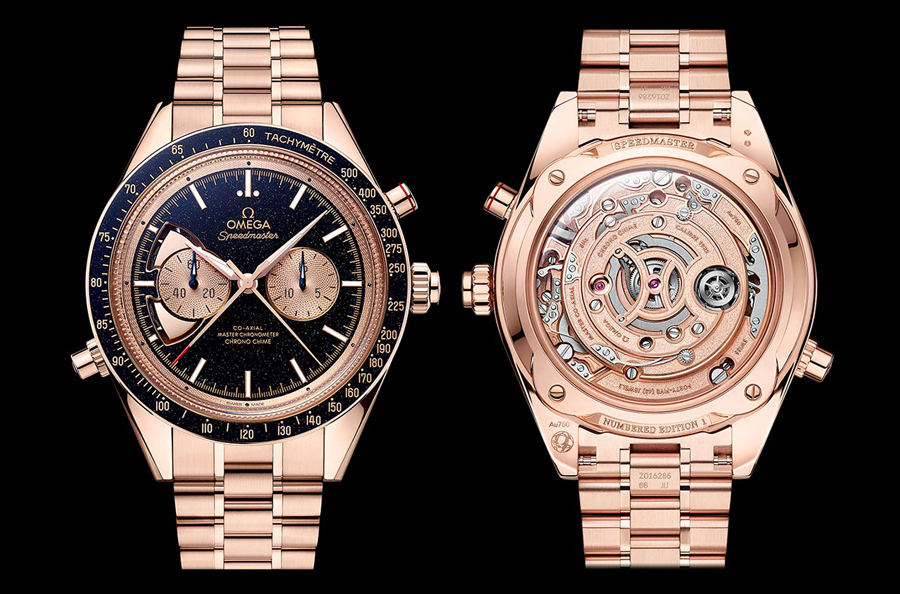 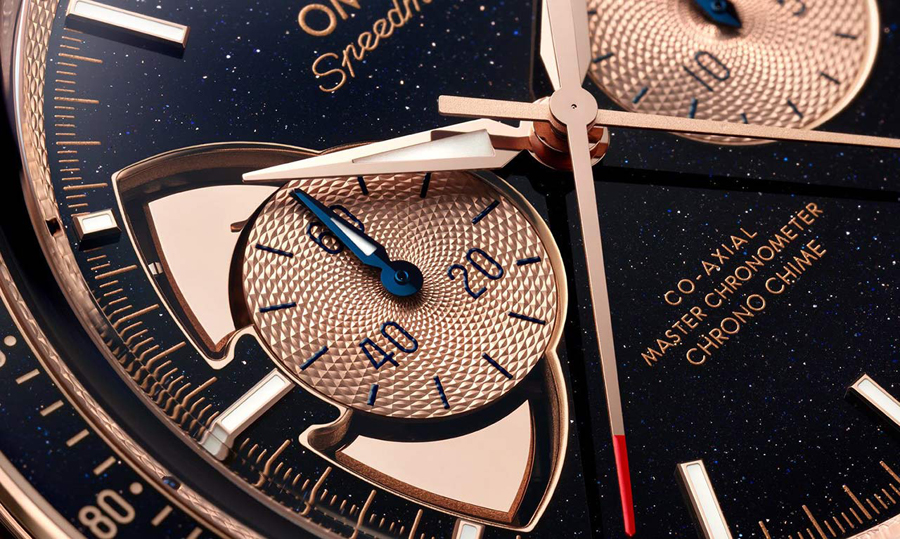 The functional and decorative pushers at 8 o’clock and 2 o’clock activate the chime and the split seconds chronograph, respectively. Compared to the tribute timepiece, they are in different positions which was possible by turning the calibre around to better suit the configuration of case and dial. 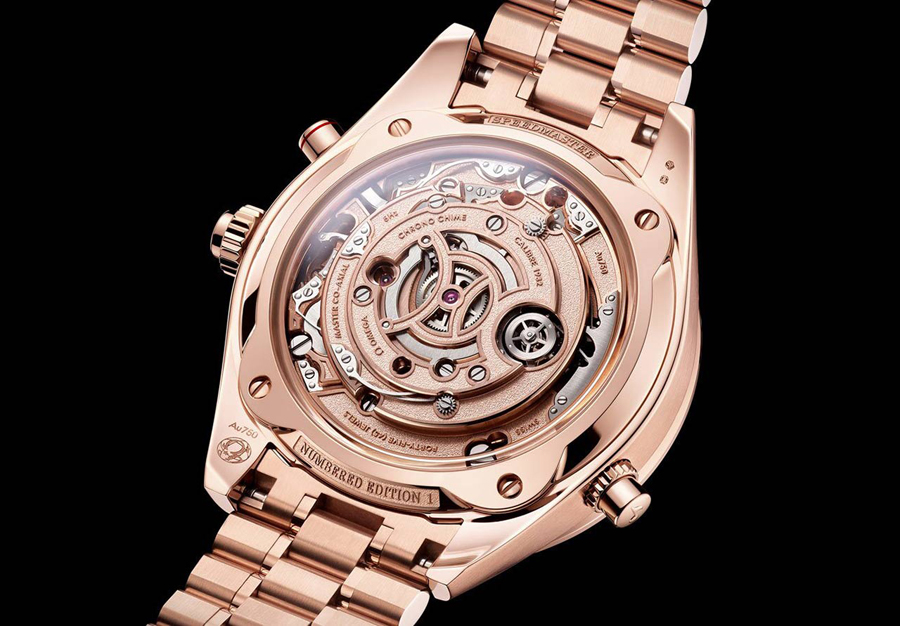 Collectors of the Speedmaster will also receive the special walnut presentation box with resonance plate. The price of the Omega Speedmaster Chrono Chime ref. 522.50.45.52.03.001 is CHF 450,000 before taxes. Also don’t forget to check our list of the most expensive watches in the world. 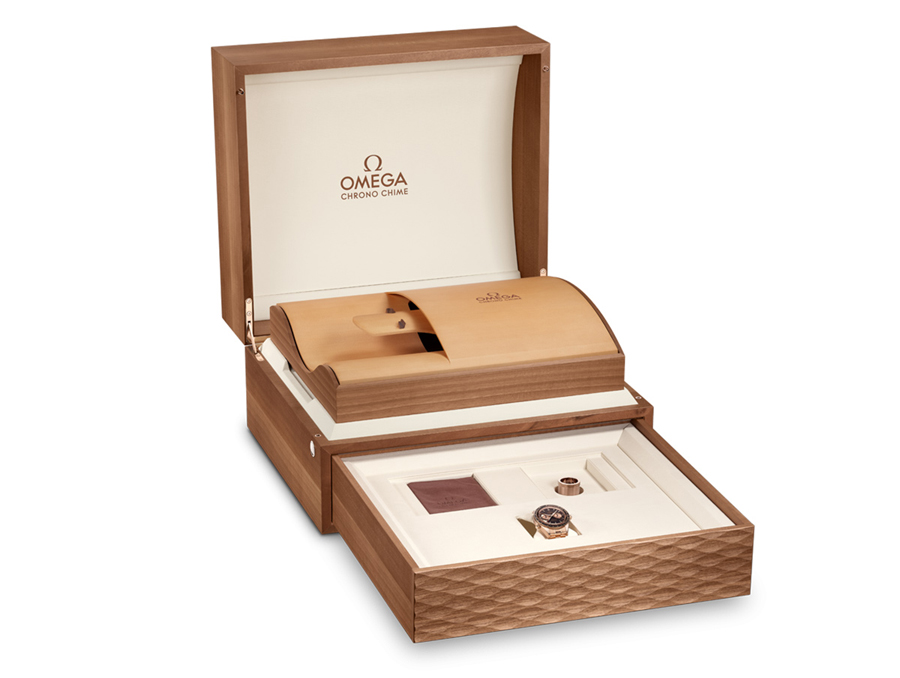 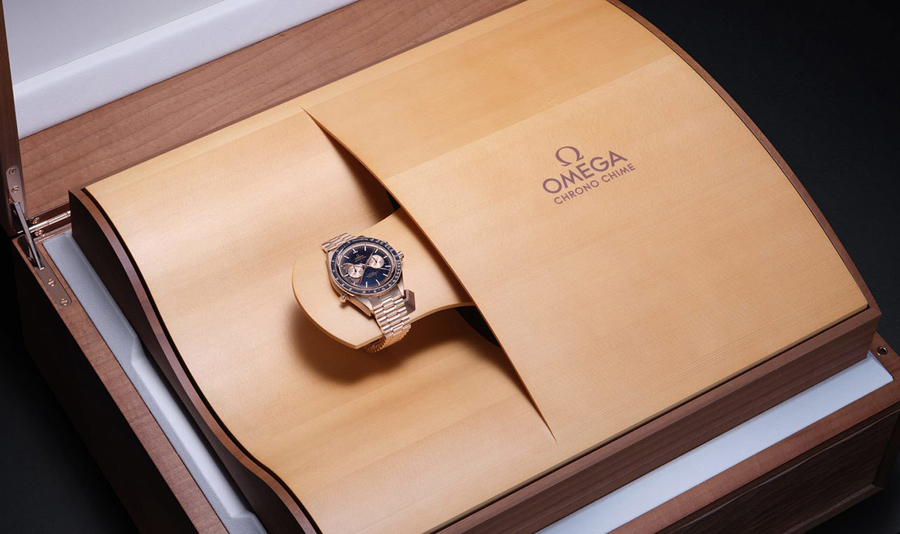