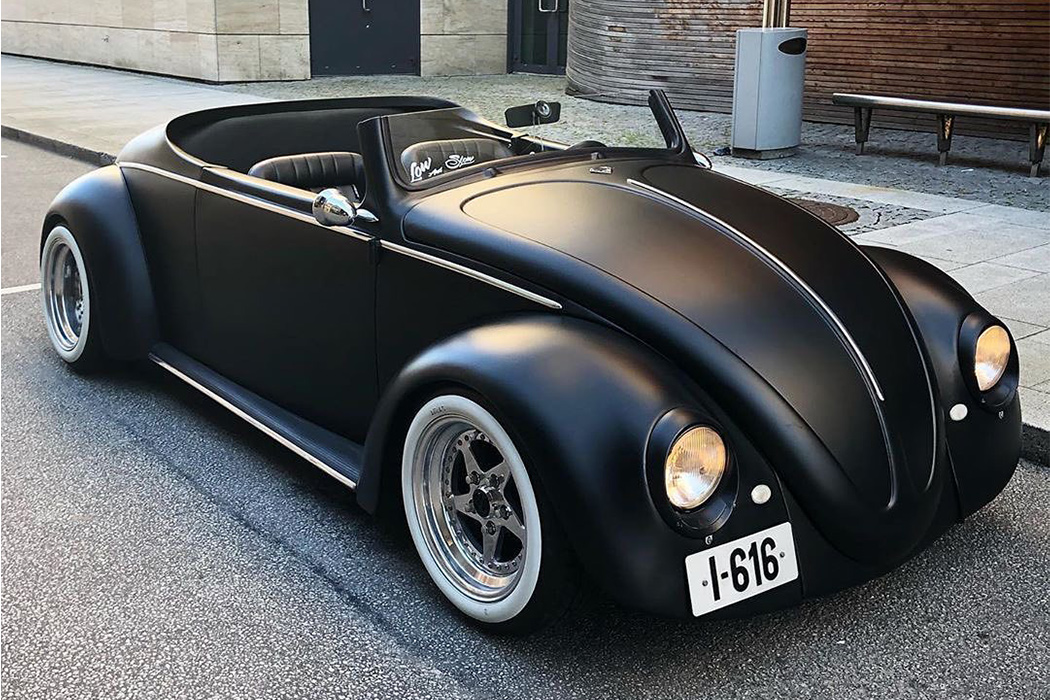 Designer Danni Koldal has turned a vintage Beetle into a stealthy roadster clad in matte black and chopped windshield. The ornate chrome bumpers and hood handle have been removed, along with the fender-mounted turn signals. The roof has been removed, and the windscreen is chopped down to half height, giving the Beetle an aggressive hot rod look. The ride height has been significantly lowered, new torpedo-style side mirrors have been added, and there are also new side-step rocker panels. 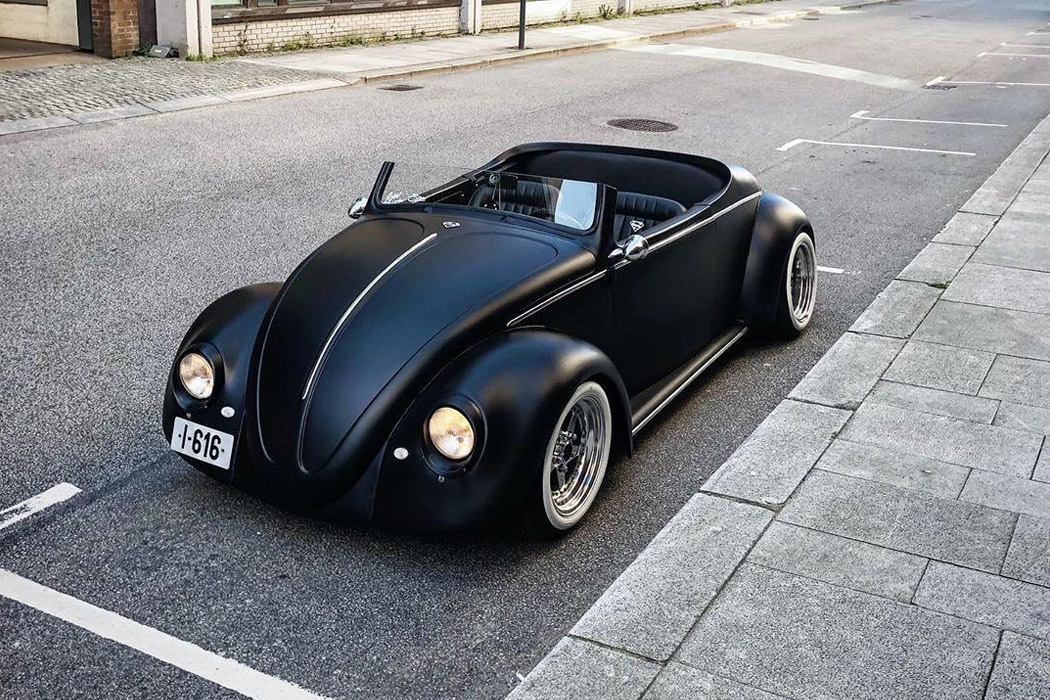 Perhaps the most significant change is the entirely new rear end, including a trunk with hood pins. It’s finished off by fat whitewall tires on five-spoke three-piece chrome wheels (the rears with negative camber), a silver Superman logo at the base of the windshield and various quotes scattered around the exterior such as “Low and Slow” and “Bad Boys For Life”. The interior is minimalist but menacing with a single speedo gauge in the center of the dash, a tall manual gearshift knob, and simple black leather seats. Talk about one good reason to bring the Beetle back. Also be sure to check the list of the most beautiful cars in the world. 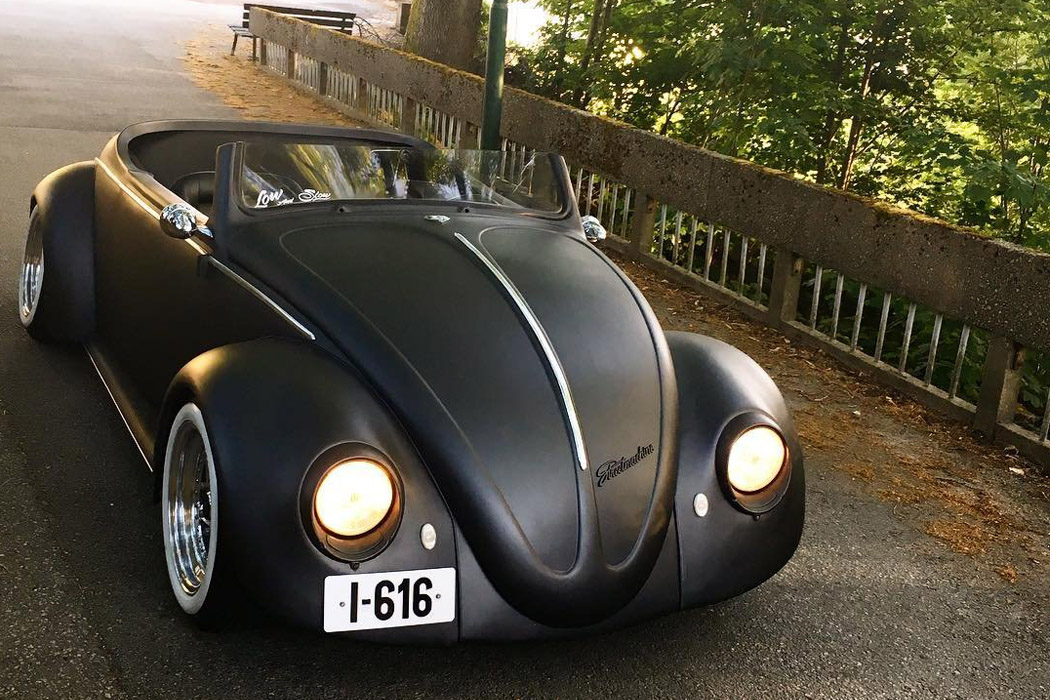 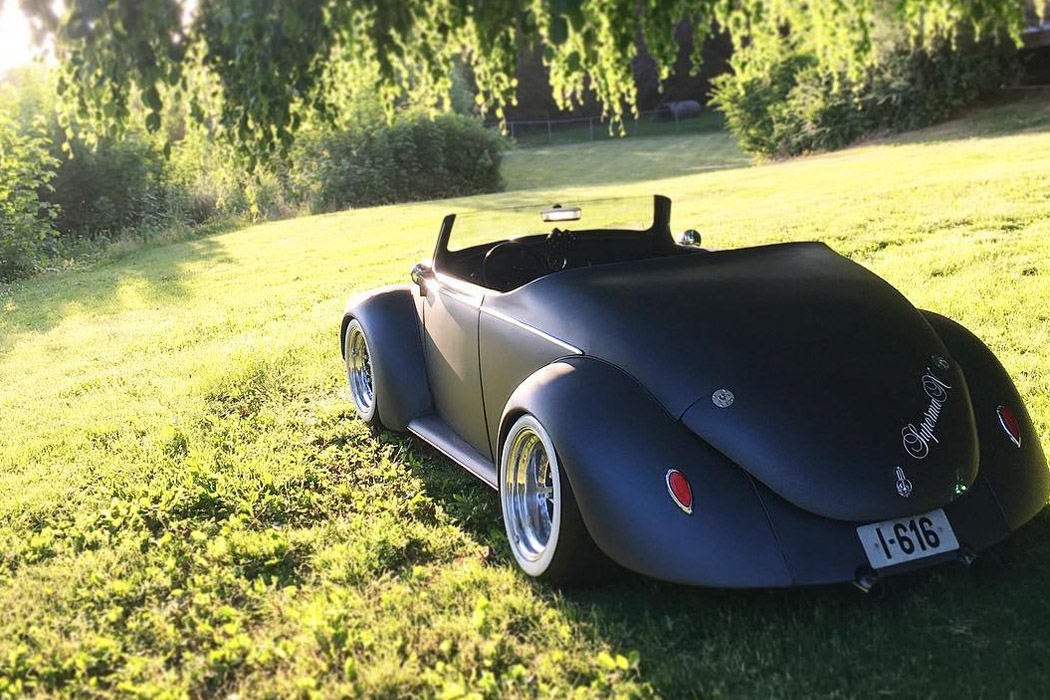 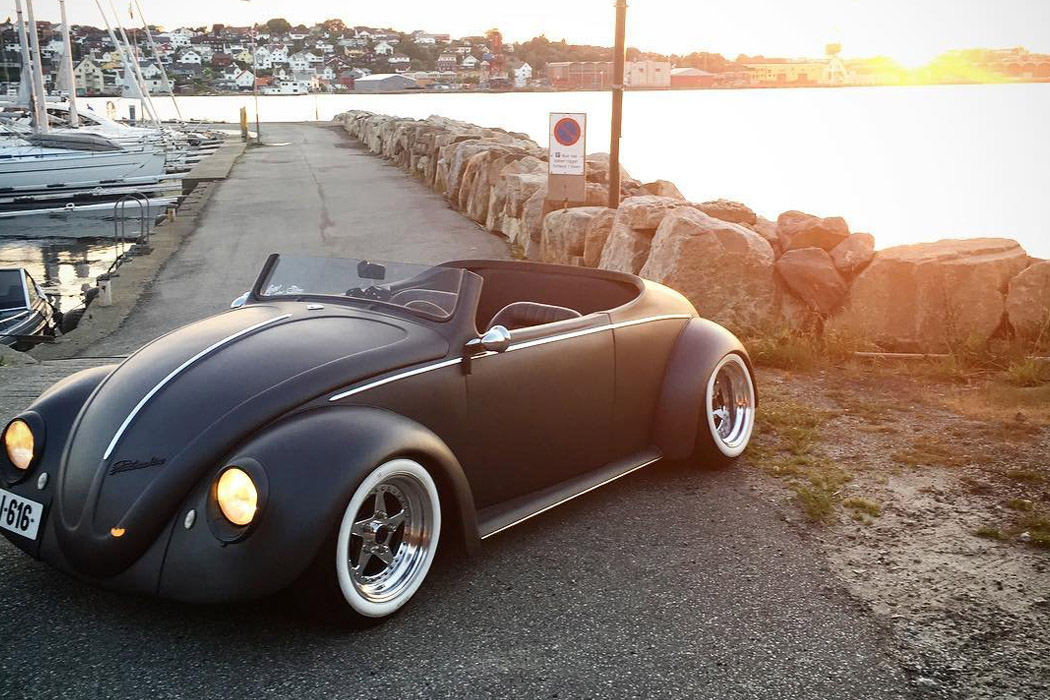 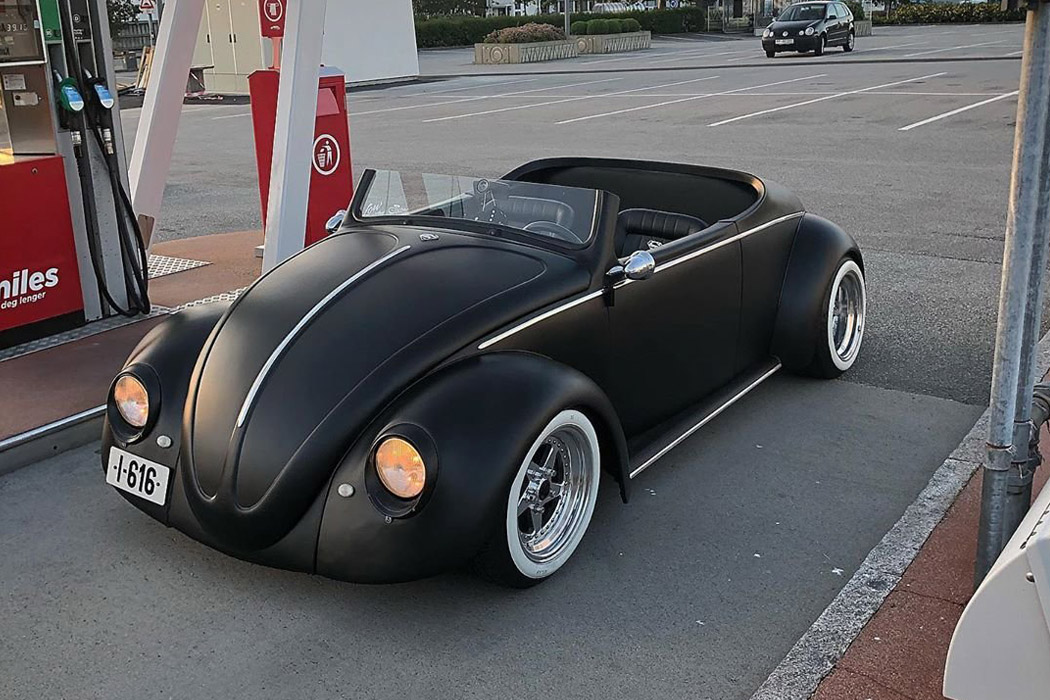 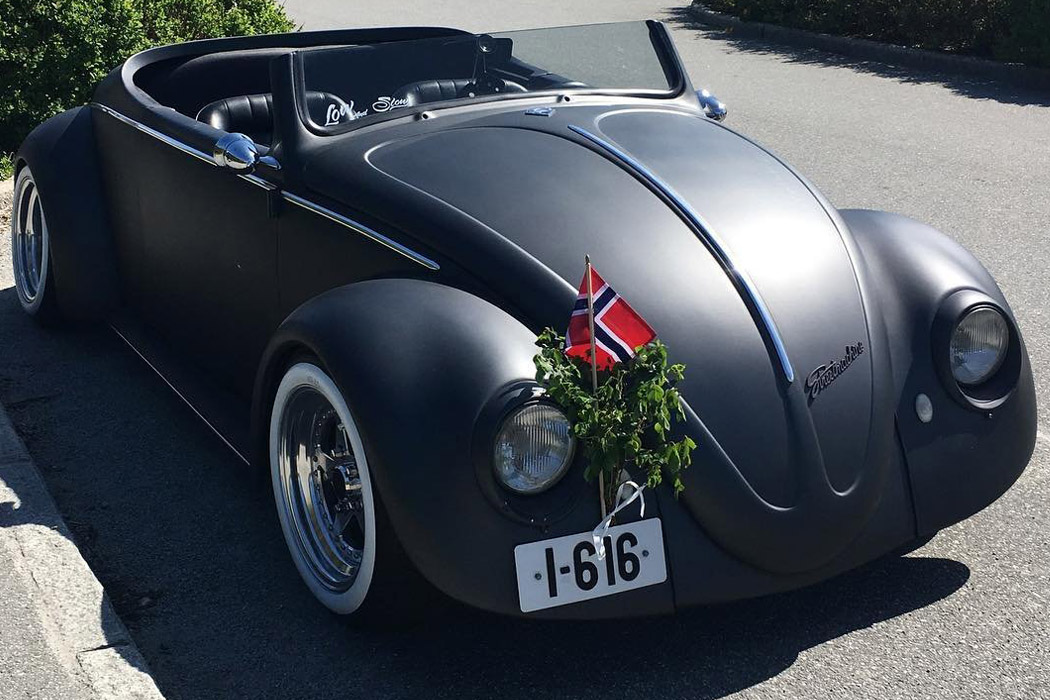 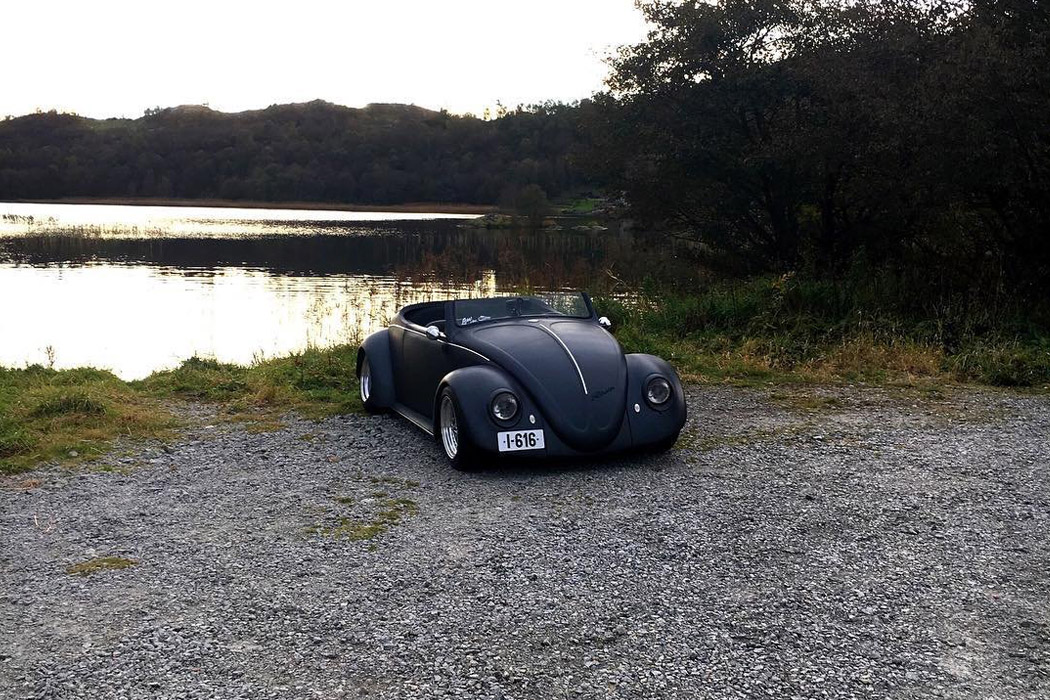 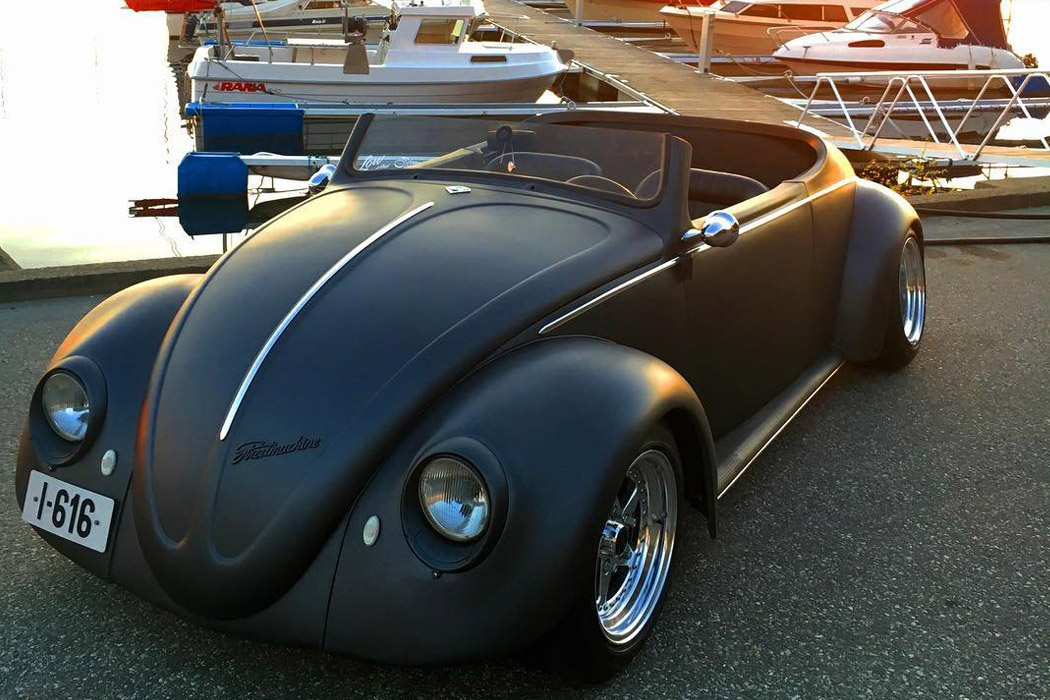 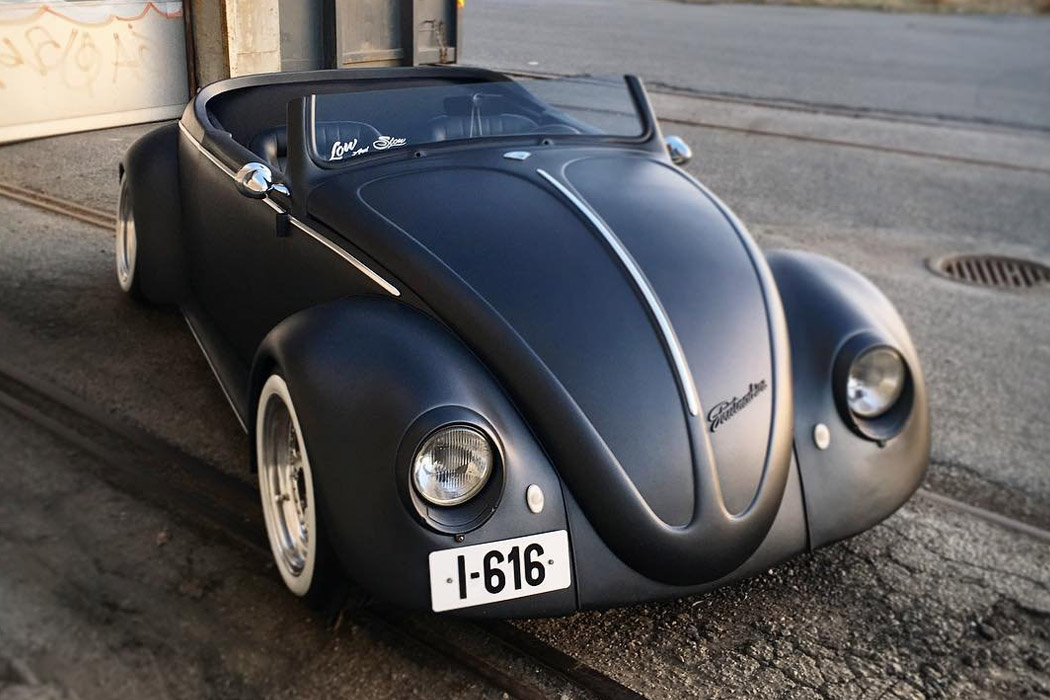 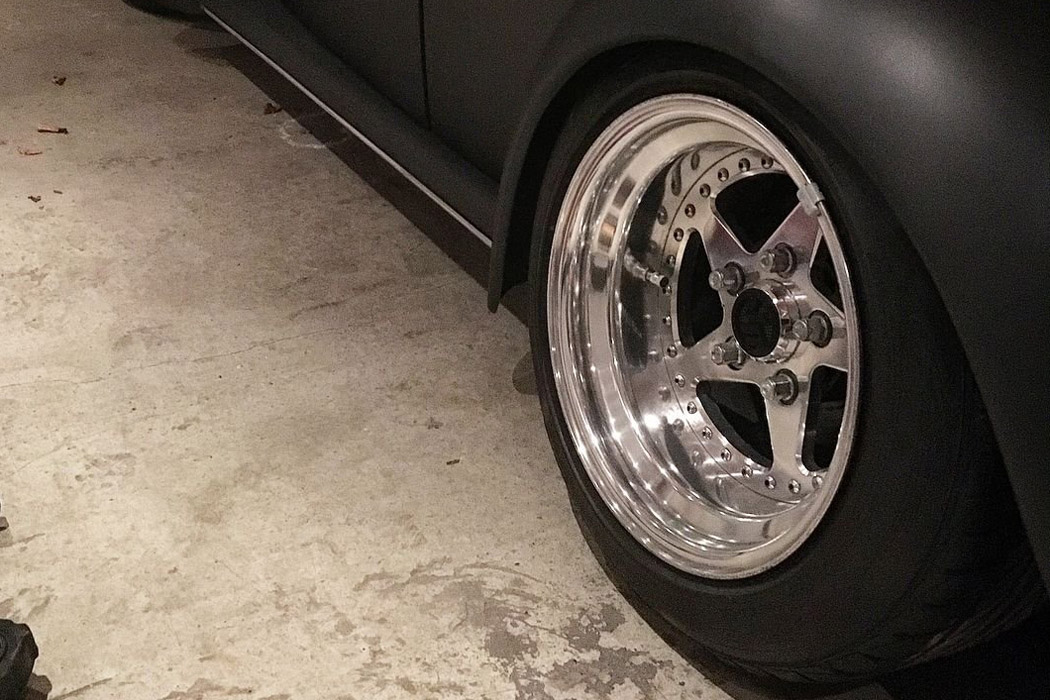 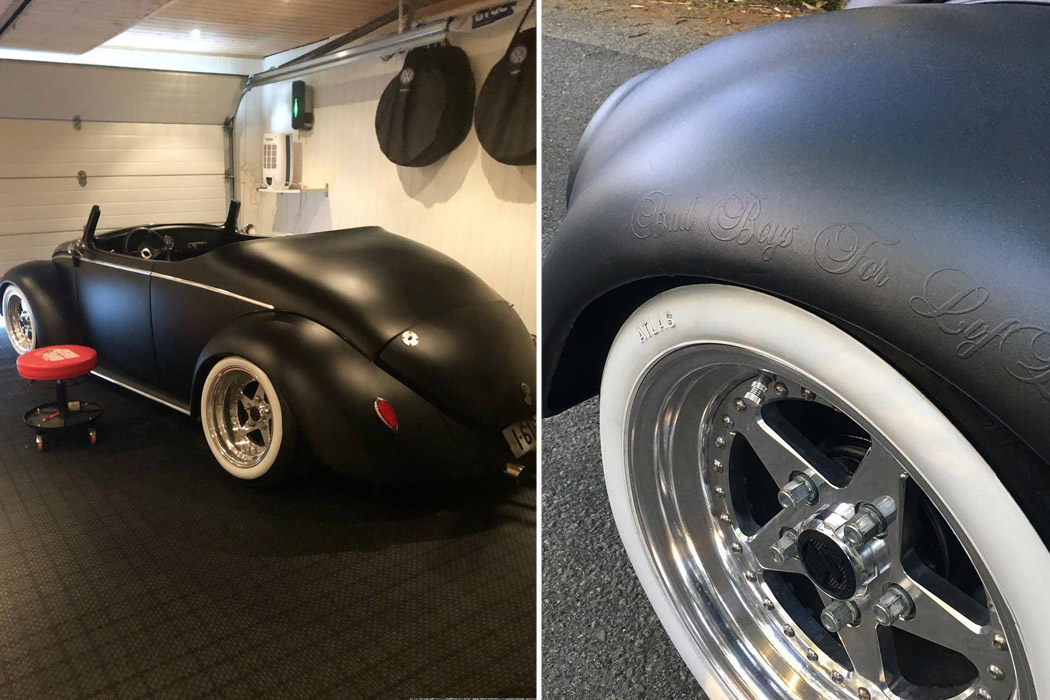 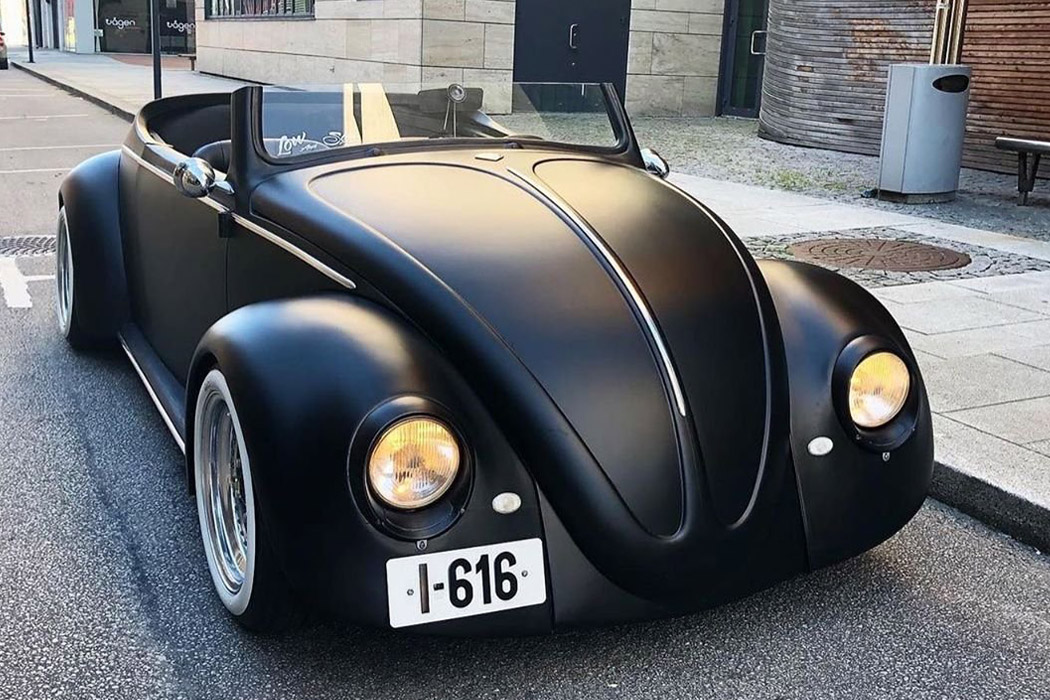 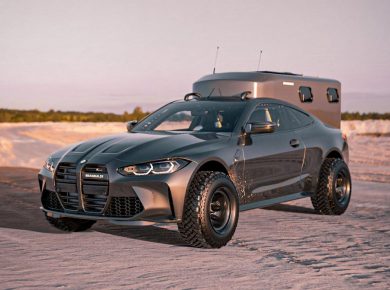 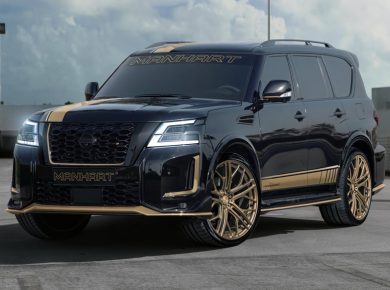 With the renaming of MANHART Dubai to MANHART Middle East, the German tuner has decided to focus even more on the Middle East region. And to celebrate expansion in the…
View Post 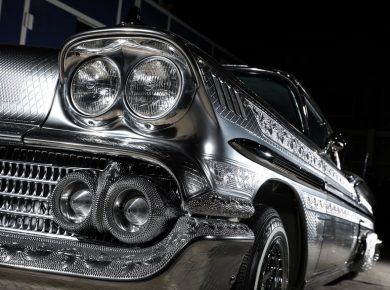 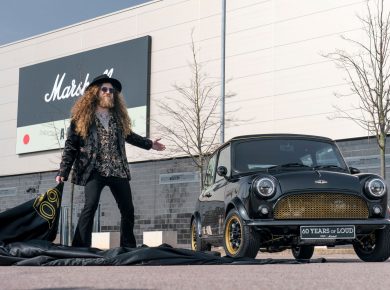