Miami-based exotic car tuners 1016 Industries presents the ‘000’ McLaren 720S – the first car to ever successfully integrate a completely exposed carbon fiber exterior and 3D printed parts into a fully operational, scalable design. Functional 3D printed parts are incorporated in the inner bumper structures, aerodynamic ducting and as linkages in the wing kit to help each piece function properly on the 720S. The combination of a 100% carbon fiber exterior and functional 3D printed parts helped this custom 720S drop 268 pounds when compared to the stock supercar’s weight.

The company says these changes result in the 720S dropping 268 pounds (122 kilograms). This car belongs to 1016 Industries CEO Peter Northrop and exists as a fully functioning example of what the company can do with carbon fiber and 3d printing. By late 2021, the company wants to have full manufacturing of 3d-printed parts in place. It intends to have components for other supercars, not just the 720S.

“It’s no secret that 3D printing presents a dynamic case for more nimble manufacturing, but the technology has also allowed our engineers to realize drastic improvements to the quality and precision of each functional part. The 000 custom represents an industry first, and while we are incredibly proud of what we achieved here, this is just the beginning,” Northrop said. Moving forward, the company plans to provide direct printed tooling molds for the 720S and other elite exotic cars, with the goal of manufacturing products directly as 3D printed parts by late 2021. Meanwhile you an check our list of the most beautiful cars of all time. 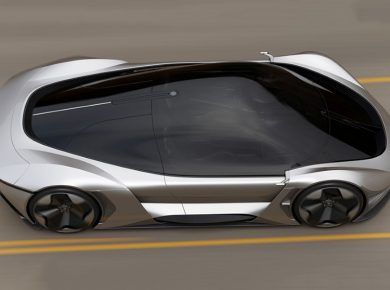